Every now and then, people like to get together as a collective unit and engage in excessive and generally questionable behavior. These events are usually known as festivals. Oftentimes, festivals are great opportunities to showcase local culture and traditions. The thing with local culture, though, is that it can appear quite strange to outsiders who simply “don’t get it”. But as the following bizarre festivals suggest, the confusion is entirely warranted: 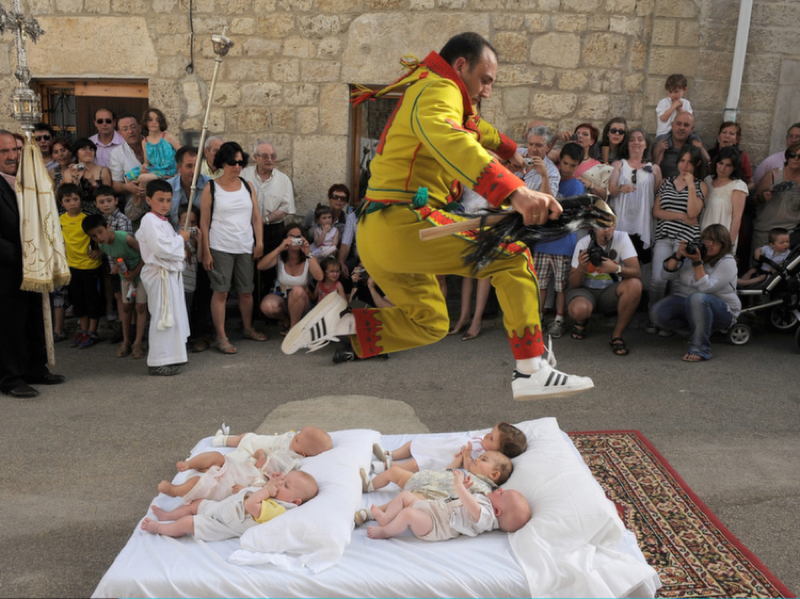 Celebrated during the Corpus Christi feast near Burgos, Spain, this festival is known internationally by another name: baby jumping. The concept is relatively simple: mattresses are draped along the village’s main road. Babies are placed on those mattresses and then, naturally, men jump over them. Easy peasy! 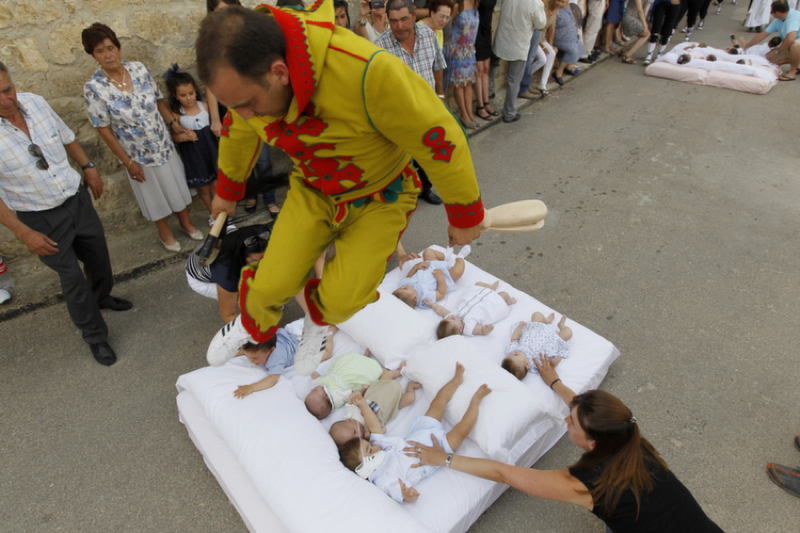 Something to tell your therapist in 20 years. Source: Linkiesta

No, it doesn’t make sense; but neither do most religious rituals. Male participants are dressed as devils with the thinking being that by jumping over the babies, the men will absolve them of original sin. This is a pretty big deal to believers.

Many people from all over Spain bring their infants here. Weirdly enough, this festival has actually encountered resistance from the Catholic Church since they apparently have a monopoly on absolving original sin from thumb-sucking heathens. Even so, the tradition has been going for over four centuries, and it’s unlikely to stop now. 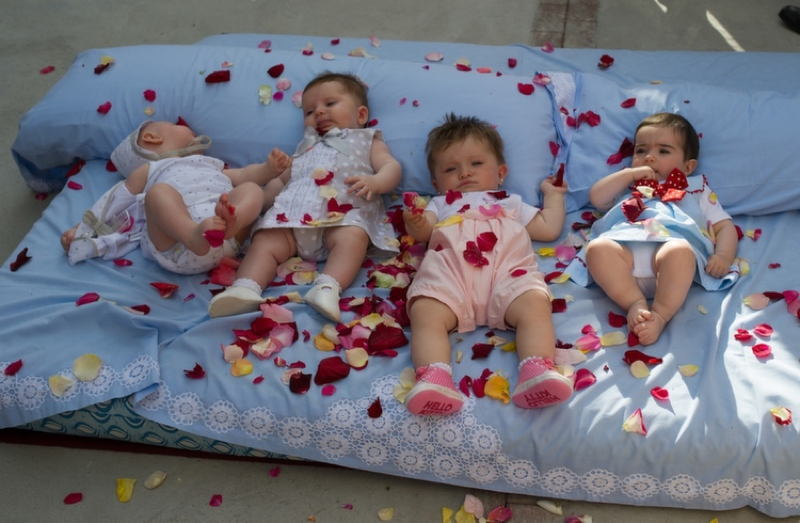 Wasn’t stepped on. Today was a good day. Source: Google 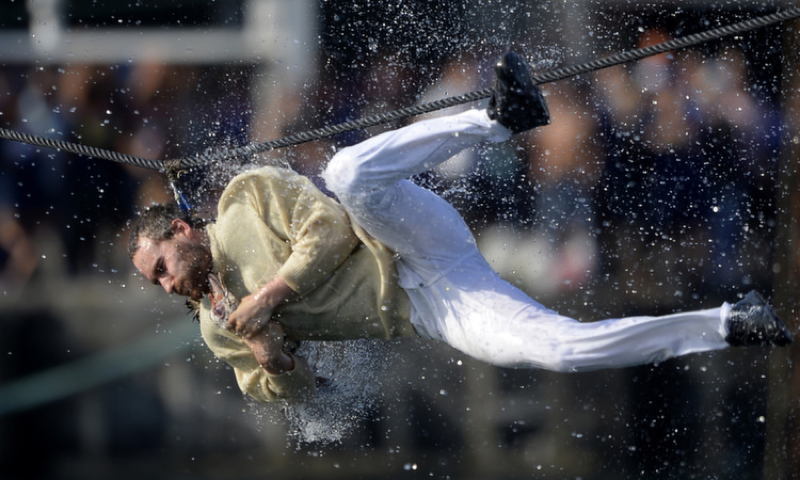 There’s gotta be a better way to spend an afternoon. Source: Metro

Animals often get the short end of the stick when it comes to our festivals – if they don’t participate as food then they are often involved in some sort of bizarre ritual which usually ends in a public death. Antzar Eguna, another Spanish festival held in the small town of Lekeitio during the San Antolin festival, is a good example of this. Despite being known as the Day of the Geese, the geese in question aren’t so much revered as they are decapitated. 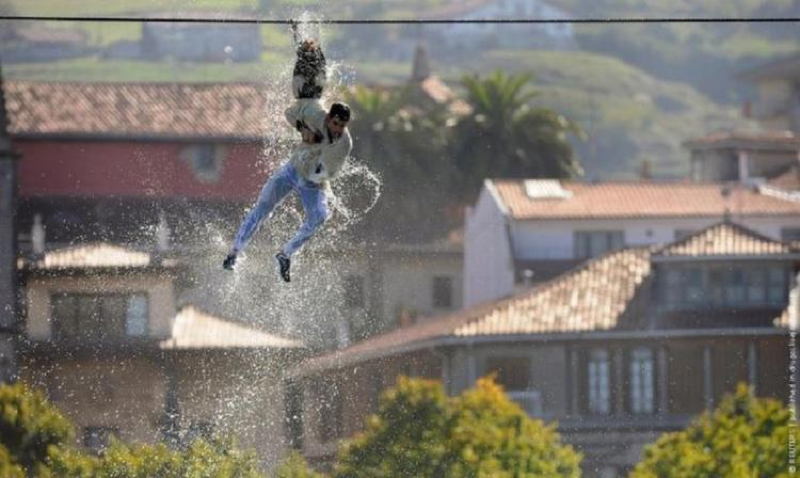 Today, though, the geese are already dead before taking part in the annual bashing. In either case, the basic idea is to grease up the goose, suspend it from a rope and have people take turns to rip its head off. The one who succeeds gets to keep it. The event is meant to symbolize the strength and endurance that the Basque people—one of Europe’s oldest cultures—have needed if they were to survive in the Pyrenees mountains. Kind of an odd way to go about commemorating that, but most of us don’t have cultural origins as early as 77 BC. 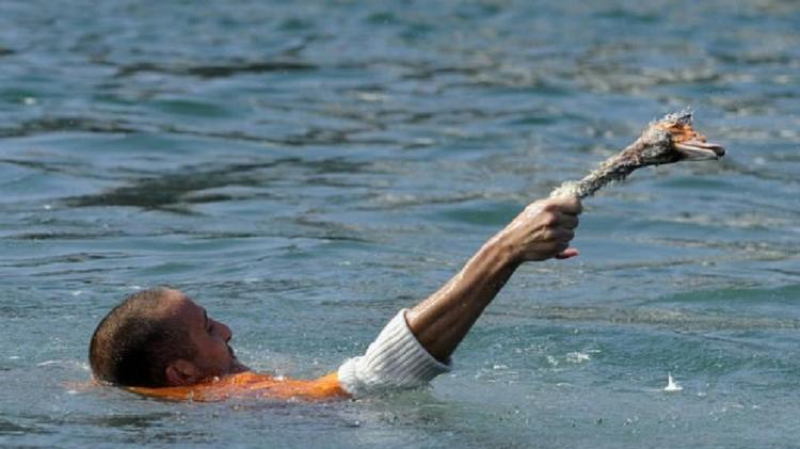 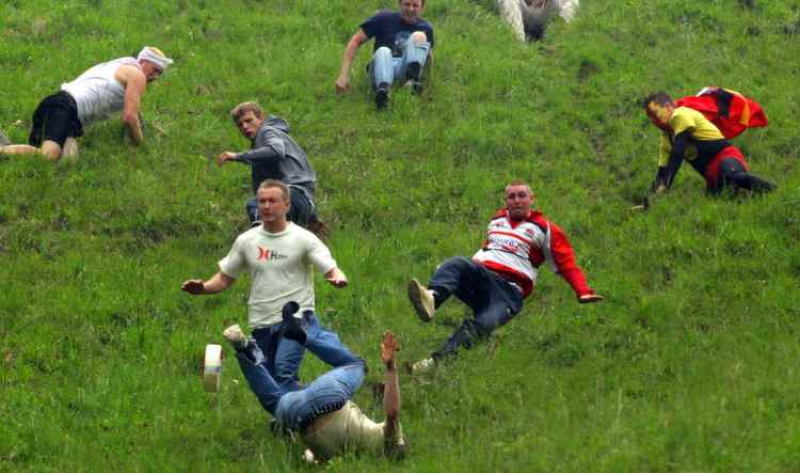 Why am I doing this, I don’t even like cheese. Source: Zoom News

Every year during the Spring Bank Holiday in Gloucester, England, locals and tourists alike gather together and roll a 9-pound round of Double Gloucester cheese off Cooper’s Hill. Clearly a first-world festival, the goal is to push large amounts of food away from you and then chase it. First person to reach the bottom wins the cheese (and strange bragging rights). 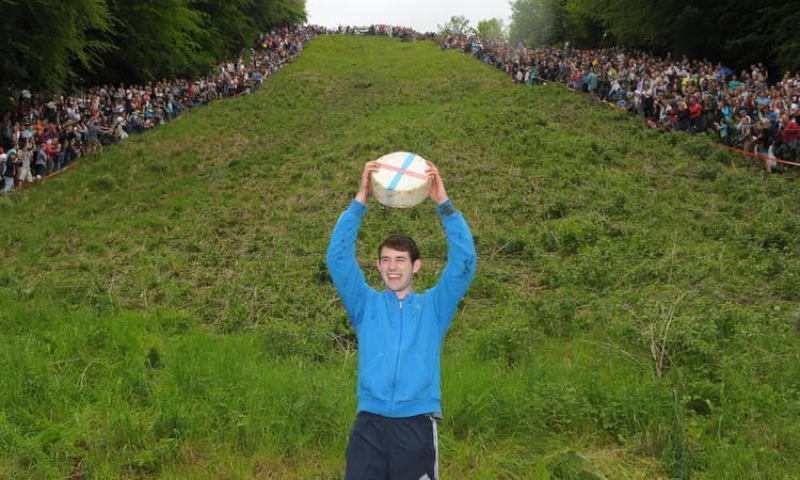 Totally worth the $10 this costs. Source: The Guardian

Unsurprisingly, people sometimes get injured doing this. At first, competitors were actually supposed to catch the cheese, not just race it down the hill. But given the fact that the cheese round is a heavy object traveling at speeds up to 70 MPH, the original competition didn’t pass the safety test. Every festival must evolve with the times, which means that today participants only chase the cheese. Oh, and there are now entrance fees. 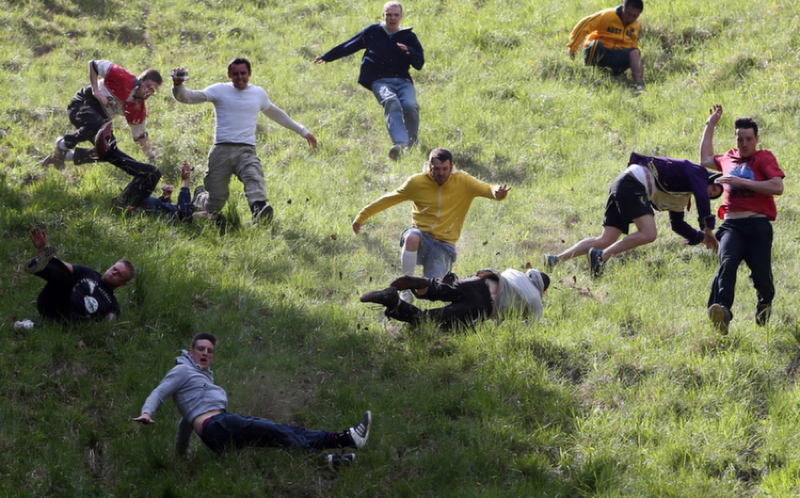 Apparently, people occasionally get injured doing this. Source: The Atlantic 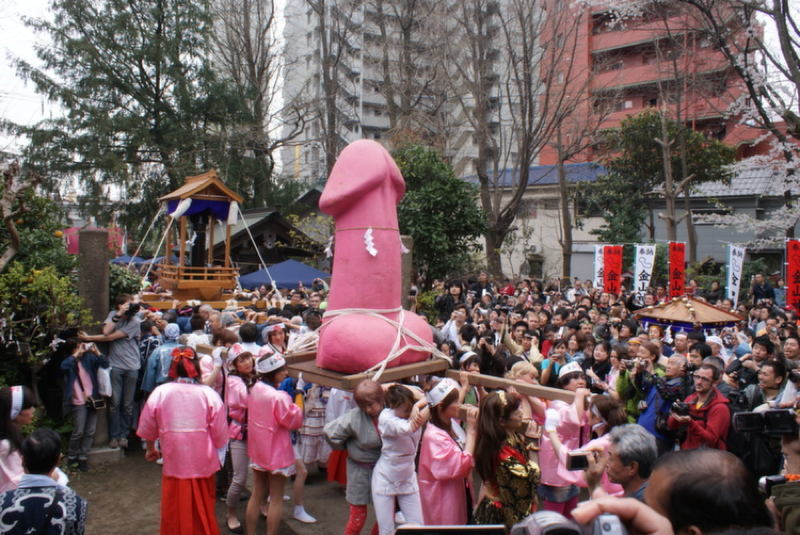 Let’s lighten the mood a little with a giant pink penis! If it’s the first Sunday of April in Kawasaki, Japan, it’s time for the Kanamara Matsuri, a Shinto tradition which means “Festival of the Steel Phallus”. While it might seem a little weird at first, the Kanamara Matsuri is meant to celebrate fertility. These festivals almost always have some sort of genitalia-related symbols because they’re pretty representative and because people didn’t used to be so prudish. 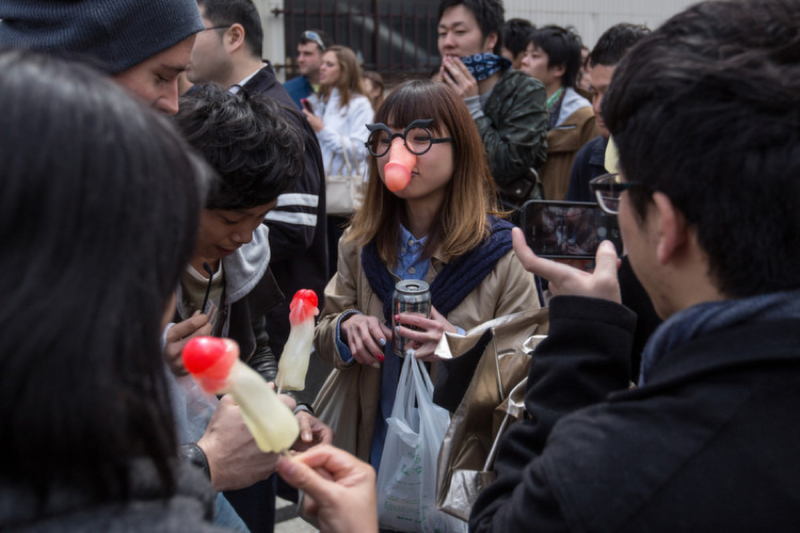 What are you staring at? Do I have something on my face? Source: Kukuriku

The aforementioned giant steel penis is placed on a shrine, where people are encouraged to pray for prosperity, a happy marriage, an easy childbirth and even protection from STDs. When they’re not praying, people put up penis-shaped decorations, eat penis-shaped candy and carve vegetables (in the shape of a penis, of course). Basically, you can do whatever you want as long as there’s a penis in there, somewhere. 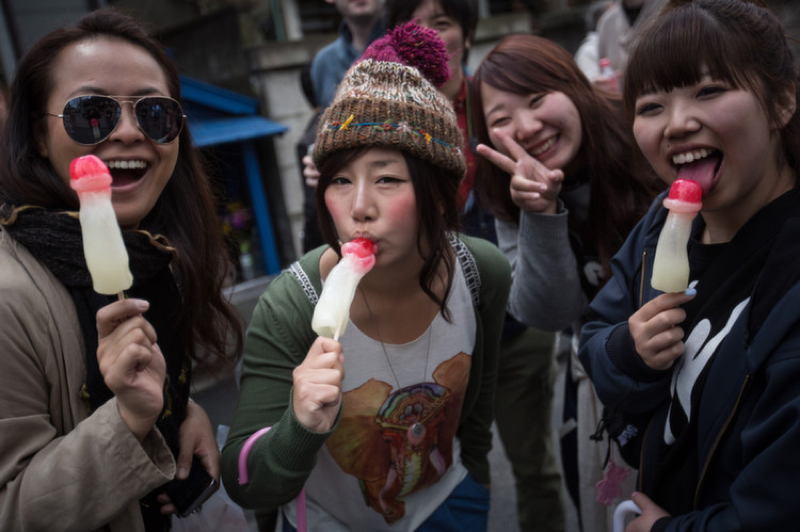