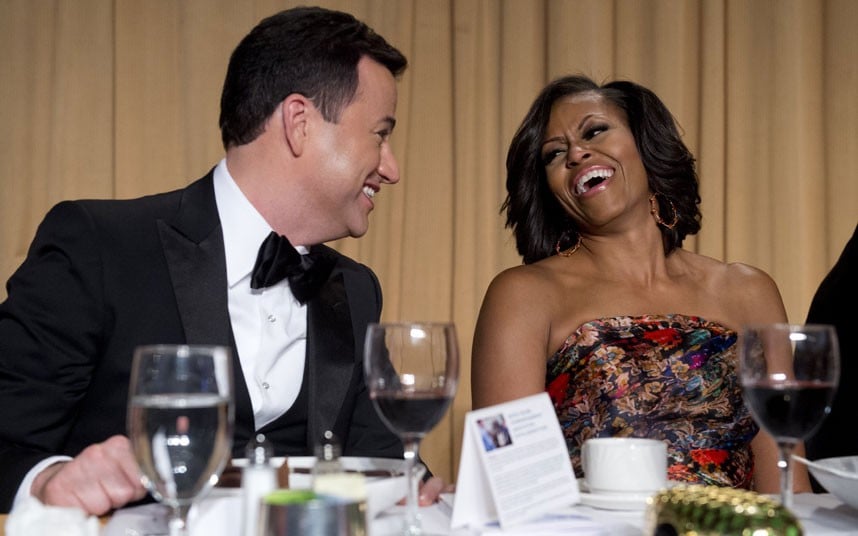 Politics makes strange bedfellows, the old saying goes, and the aphorism is certainly true when you look at some of the strange visitors who have been invited to the White House by various presidents from Lincoln to George W. Bush.

Celebrities have long been an asset to politicians whether they are adding star power to a campaign or glamour to an event. Over the years, there have been some odd pairings between presidents and well-known personalities of the era. Here are just a few of the more memorable ones.

The Long And Short Of It 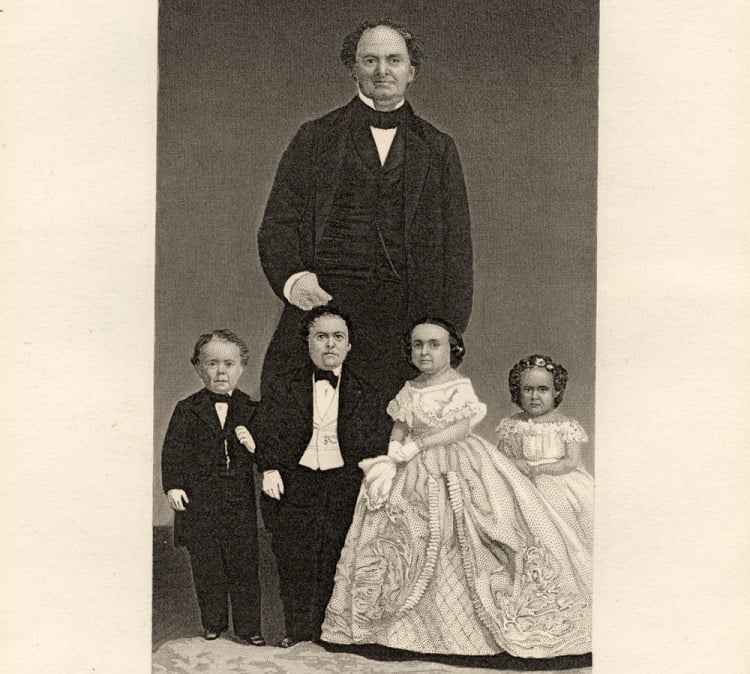 It must have been quite a sight seeing 6-foot, 4-inch Abraham Lincoln standing next to 35-inch-tall Charles S. Stratton, better known as General Tom Thumb. When the little general was married to Lavinia Warren in 1863, they were received by President and First Lady Mary Todd Lincoln in the East Room of the White House as part of a promotional tour arranged by impresario P.T. Barnum, one of the greatest showmen of his day and hence Stratton, one of the biggest celebrities of the era (if the smallest), gained fame as a performer at Barnum’s American Museum in New York. He married his equally diminutive bride, who was called “The Little Queen of Beauty” and “The Smallest Woman Alive” also as part of Barnum’s menagerie. They were married on February 10, 1863 and visited the White House three days later.

There was a summit between the president of the United States and the King of Rock ‘n’ Roll during the Nixon administration, and there are photos to prove it. The meeting was initiated by Elvis Presley, an Army veteran, who wrote a letter to President Richard Nixon offering to be of any service he could to his country and requesting a meeting.

Of course, it was all a ruse for Presley to obtain a badge from the Federal Bureau of Narcotics and Dangerous Drugs, which he believed would allow him to travel on airplanes with guns and drugs unchecked. Nixon, perhaps in awe of the flamboyant pop singer’s amber shades and purple velvet and gold-buckled suit, approved the badge and the photo of the mismatched pair in the Oval Office on Dec. 21, 1970remains one of the most requested photographs from the National Archives. 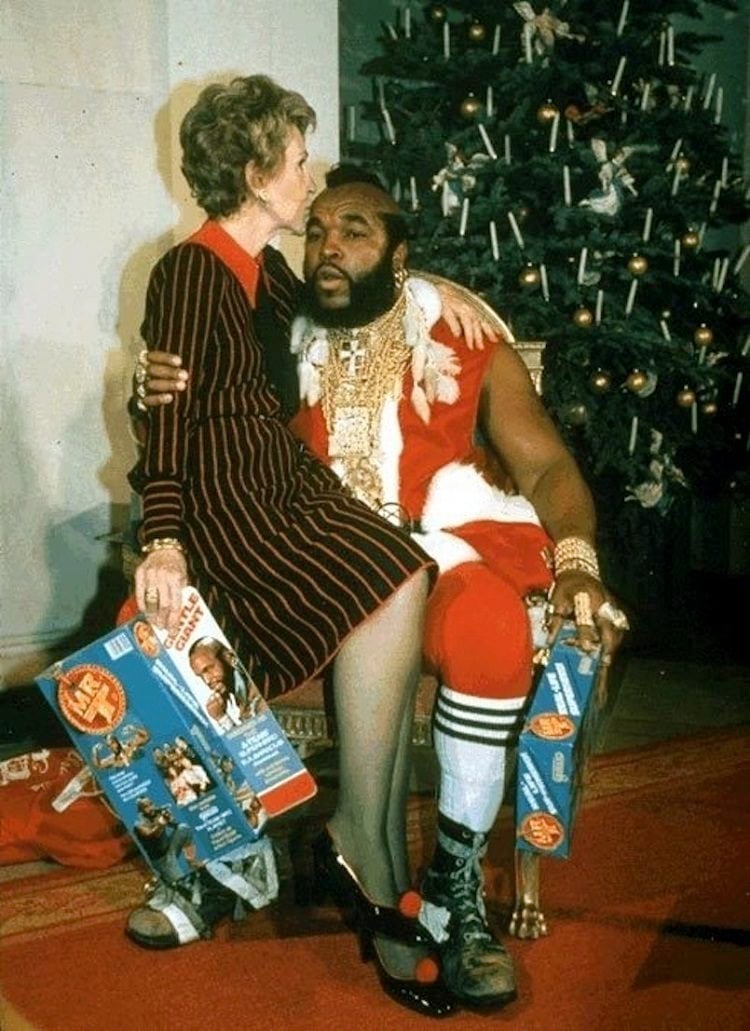 Mr. T must have certainly been on his A game when he visited the White House on Dec. 12, 1983. The star of television’s “A Team” was at the peak of his celebrity as evidenced by the action figure he holds in some photos. Dressed as Santa Claus to help unveil the White House Christmas decorations, he got First Lady Nancy Reagan to sit on his lap for an unforgettably bizarre photo.

With his trademark mohawk and yards of gold chains hanging from his neck, Mr. T was seen as a good role model for young children and Mrs. Reagan was in the midst of her “say no to drugs” campaign, likewise aimed at kids. As if the sitting on Mr. T’s lap didn’t look awkward enough, the First Lady also leaned in and kissed the disproportionately larger TV star on his shaved head.

Rapper In The House 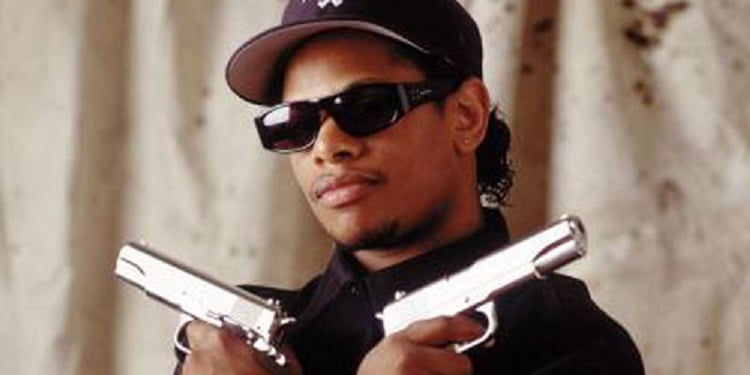 When the rapper Common was invited to the Obama White House, conservatives took umbrage because the singer’s music has featured lyrics about violence and an anti-police attitude. What the same commentators and pundits seemed to forget was when Eazy-E, the late, controversial rapper from the gangster rap group NWA, was invited to a Republican White House luncheon during the administration of George H.W. Bush.

Eazy-E, real name Eric Wright, wrote songs about killing cops in graphic detail as well as raping women, committing robbery and other crimes. But that didn’t stop then Republican Senate leader Bob Dole from inviting the rapper to an exclusive luncheon with the president and the Senate’s inner circle on March 18, 1991 after the recording artist made a contribution to the Republican Party at the urging of Sen. Phil Gramm (R-Texas). 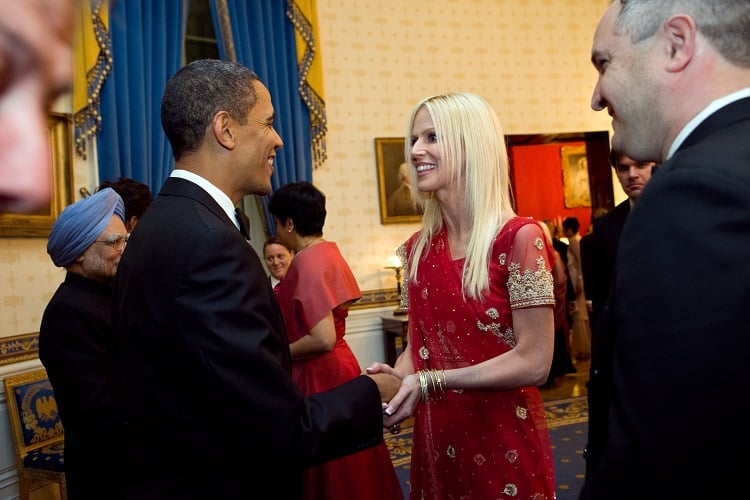 Two celebrities that caused the biggest ruckus in recent years at the White House weren’t even celebrities yet. In fact, they weren’t even invited. At the very first state dinner of the Obama White House, Tareq and Michaele Salahi rushed the event held for visiting Indian Prime Minister Manmohan Singh, and even managed to take a photo with President Obama and Vice President Biden. The party-crashing duo dominated the news cycle for several days as the strength and effectiveness of Secret Service security measures were debated. It was generally believed that the couple pulled the stunt to drum up publicity for a new reality series they would appear in, “Real Housewives of D.C.”