The Legend Of Black Bart – Gentleman Bandit Of The Wild West

Black Bart may have staged the most dignified robberies of the Old West.

In 1878 (or possibly 1880 depending on the account), a stagecoach was running the long road between two California mining towns. Inside were several bags filled with cash. The cash made the coach a tempting target for bandits, as the driver found out when he saw the barrel of a shotgun poking out from a nearby bush.

When the driver pulled the coach to a stop, a man stepped out into the road. He was well-dressed, even dapper. But on his head was a flour sack with two holes cut out for his eyes. 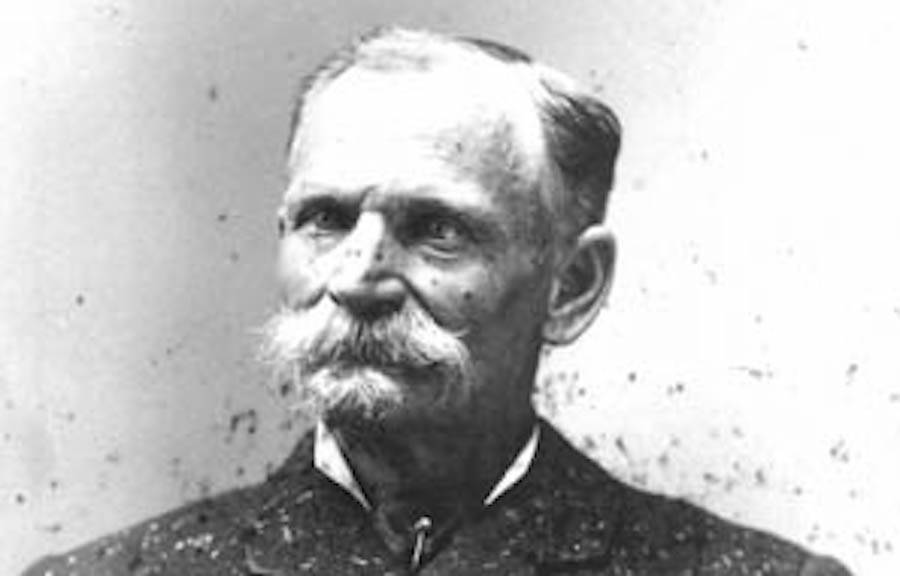 The man spoke quietly and politely demanded that the driver hand over the money. Once he got it, he asked the passengers if they wouldn’t mind turning out their pockets as well. With the cash in hand, the robber melted back into the hills.

Once he was gone, the coach made excellent time to the nearest town. There, a posse was raised with “the laudable intention of decorating the highest tree in the vicinity with the person of the highwayman.” Or so the Evening Star put it at the time.

But a two-day search of the area turned up no sign of the bandit. Instead, the posse found only a scrap of paper he left behind. Scrawled across it was a poem:

Here I lay me down to sleep
To wait the coming morrow,
Perhaps success, perhaps defeat,
And everlasting sorrow.
Let come what will, I’ll try it on,
My condition can’t be worse;
And if there’s money in that box
‘Tis munny in my purse.

Clearly, the authorities were dealing with an unusual sort of criminal.

The Legend Of Black Bart Begins

Black Bart, as he eventually took to calling himself after reading the name in a story, was born Charles Boles or possibly Charles Bolton. Some say he emigrated from England when he was young while others say he was born in New York. Like much of Boles’ life, the details are murky.

But like many young men, it seems Boles and his brothers eventually found themselves drawn west during the California Gold Rush in 1849. Boles never struck it rich panning for gold, despite many years trying. And at some point, Boles realized there was an easier way to get rich.

He could simply rob the coaches that ran up and down the coast. 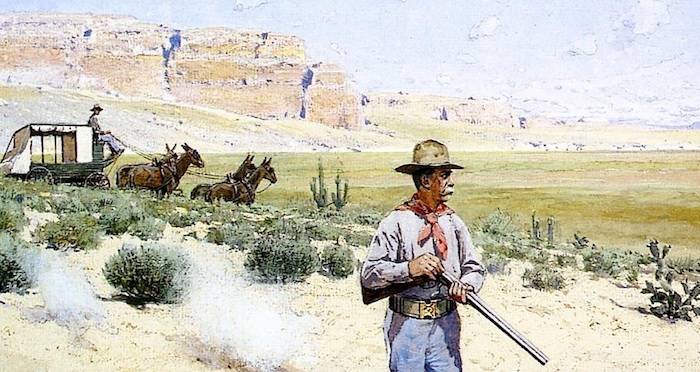 Charles Boles’ robberies were simple. He would lie in wait for a stagecoach to pass and then jump out with shotgun in hand. When the driver stopped, (understandably not wanting to risk being shot) Boles would demand all the money and gold on board.

A Polite Outlaw In The Rugged Wild West

But where other stagecoach robbers were often crude and violent, Boles was unusually polite. Of course, he always made it clear that he would use his shotgun if he had to.

During one robbery, Black Bart reportedly told one of the guards to hold on to his hat. Otherwise, “Some buckshot might blow it off, along with some hair and skull.”

However, the same guard also said that Charles Boles liked the gun he was carrying. And when the man handed it over, Boles happily paid him $50 for it on the spot. Boles was also unfailingly polite to women and allegedly refused to take anything from them during holdups.

Of course, Black Bart’s most famous signature was a tendency to compose poetry that he left behind at the crime scenes. And while only two of the poems attributed to him are thought to be authentic, it was a detail the press latched on to enthusiastically.

Altogether, it’s no surprise that he was seen as a sort of gentleman bandit by the public as they followed his string of robberies.

Local authorities and the companies that owned the stagecoaches were obviously less charmed. A $1,000 reward was promised for his capture, and men came from all over the state in hopes of cashing in by capturing Boles.

The Capture Of Black Bart

But in spite of their efforts, it was a laundry service that ultimately ended Black Bart’s career as a highway bandit.

After fleeing one of the robberies, Boles dropped a handkerchief bearing a marking from a laundry in San Francisco. Detectives were able to connect it to him, and Charles Boles was taken into custody in 1883.

Throughout the trial, Boles maintained his innocence. And his manners so impressed the jury that the prosecution had a hard time getting a conviction, but he was eventually found guilty. Ultimately, Boles was sentenced to just six years in prison. True to form, he was released for good behavior after four.

No one is quite sure what happened to Boles next. Shortly after his release, he completely disappeared from the historical record. Some say that he left the country, and others suggest that he died in New York.

Most of the facts surrounding Charles Boles’ story are muddled. Conflicting accounts for nearly any detail of his life can be found. It’s hard to say for certain how much of it is true and how much was dreamt up by newspapers.

Black Bart was the kind of criminal who inspired curiosity, admiration, and more than a few myths. Even during his lifetime, he was truly one of the legendary figures of the Old West.

After reading about Black Bart, the gentleman bandit of the American frontier, learn how Billy the Kid went from New York City boy to Wild West legend. Then, check out these photos of what life was really like in the Wild West.