9 Wild West Outlaws Who Wreaked Havoc Across The American Frontier

From the "Deadly Dentist" to the "Bandit Queen," discover the true stories of the most infamous criminals to ever roam the Wild West.

In tales from the Old West, there’s nothing more classic than a good guy and a bad guy. So who were some of the Wild West outlaws who robbed, murdered, and gambled their way through the American frontier?

Their stories, motivations, and deeds varied. Doc Holliday vacillated between lawfulness and lawlessness after tuberculosis forced him to reconsider his dental career. Billy the Kid was drawn into life as an outlaw after becoming an orphan. And Belle Starr drifted into a life of crime after the Civil War.

These are the stories of nine Wild West outlaws. Though many led short and violent lives, they all left an enduring mark on the frontier. 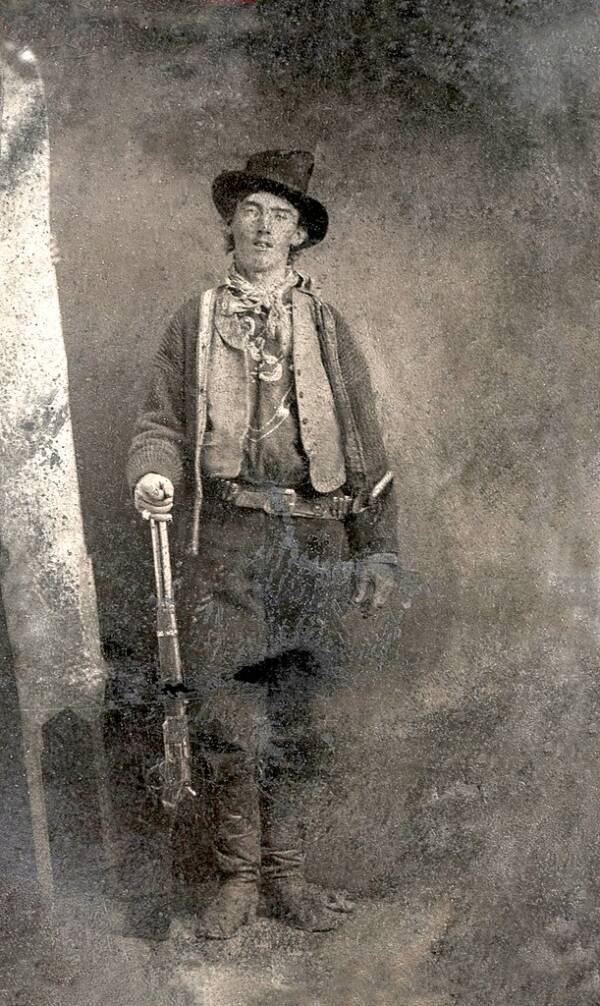 Public DomainOne of the only authenticated photos of Billy the Kid. Circa 1879-1880.

Before he became a Wild West outlaw of epic proportions, Billy the Kid was an orphan named Henry McCarty. Born in 1859 in New York City, he lost his father as a young boy, moved west with his mother, and became an orphan by the age of 15. Then, McCarty began his infamous life of crime.

After trying to live on the straight and narrow (one of McCarty’s teachers noted that he was “no more of a problem than any other boy,” according to Legends of America), Billy the Kid started getting in trouble for petty theft. In 1875, he went to jail after stealing clothes from a Chinese laundry.

His Wild West story might have ended there, but McCarty escaped jail by climbing up a chimney, according to History. Now officially a fugitive from the law, the teenager leaned into his new outlaw life — and he soon became known for deeds that were far worse than stealing clothing.

Fototeca Gilardi/Getty ImagesA wanted poster for Billy the Kid, offering a $5,000 reward for his capture. Circa 1877.

Still in his teens, McCarty found work as a cowboy and ranch hand in Arizona — where he earned his nickname “Billy the Kid” for his boyish appearance — and spent his free time drinking, gambling, and stealing horses. Most historians agree that he killed his first man in 1877 when he shot Frank “Windy” Cahill at the Camp Grant Army Post in Arizona. (However, rumors persist that Billy the Kid had also killed Apache Native Americans early on.)

From there, Billy the Kid’s infamy grew. After finding work as a cowboy on John Tunstall’s ranch in Lincoln County, New Mexico, McCarty became a main player in the so-called Lincoln County War, which started after Sheriff William Brady shot Tunstall dead. Billy the Kid and others took their revenge and killed Brady. Despite the chaos, McCarty continued to evade jail.

But by then, McCarty’s days were numbered. After shooting another man, being captured, and receiving a death sentence, he escaped from jail once more. In the process, he killed two lawmen and took off with a stolen horse. Despite the dramatic escape, his life soon came to an end on July 14, 1881. Then, Sheriff Pat Garrett chased him to Fort Sumner, New Mexico — and shot the infamous outlaw to death. Billy the Kid was just 21 years old.