The Brutal Murder Of Yetunde Price, The Older Sister Of Venus And Serena Williams

Yetunde Price was the loving half-sister of tennis champs Venus and Serena Williams — but then she was suddenly killed in a drive-by shooting in 2003.

Yetunde Price was in the prime of her life on September 14, 2003. At 31 years old, she was a successful nurse, a thriving business owner, and worked part-time as an assistant to her famous sisters, tennis stars Venus and Serena Williams. 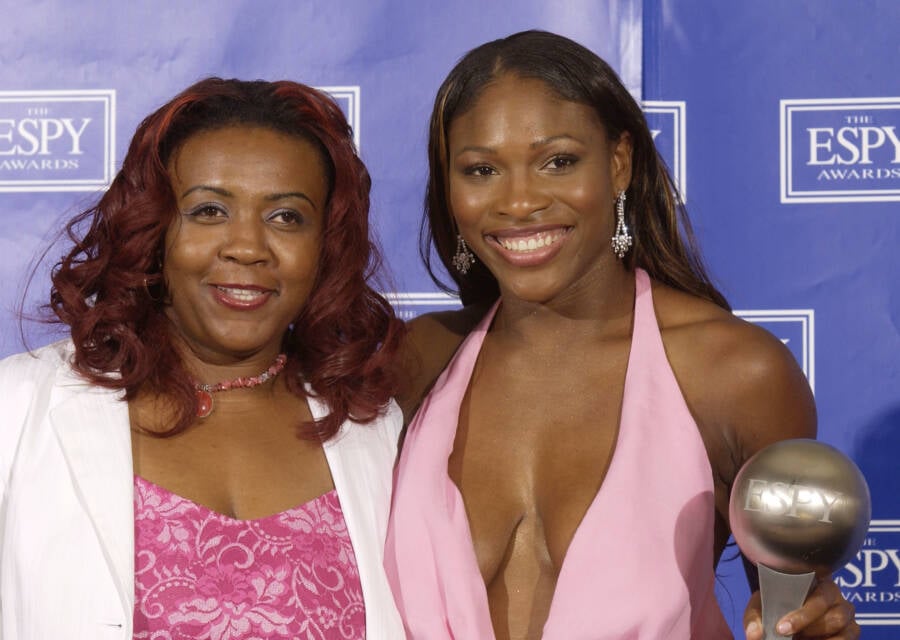 Price had also recently begun a promising relationship with a man named Rolland Wormley. But as the new couple drove home after midnight through Compton, California, tragedy struck. One moment, Price and Wormley were talking in the front seat. The next, gunfire erupted, and Price was killed in a tragic case of mistaken identity.

Yetunde Price’s death profoundly impacted her younger sisters and was felt throughout her community.

And 13 years later, Venus and Serena Williams opened a community center in Compton, where they’d all grown up, to help the victims of violence and honor Price’s short yet influential life.

Yetunde Price Was Just As Driven As Her Famous Sisters 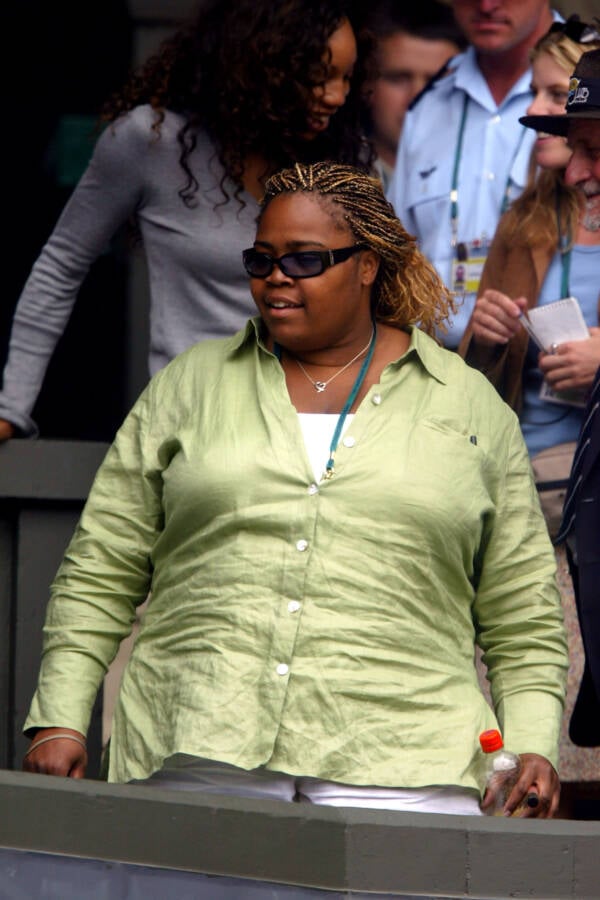 Mike Egerton/EMPICS via Getty ImagesYetunde Price at the 2003 Wimbledon final that saw her sisters Venus and Serena Williams vie for the championship. Price worked as their personal assistant for many years while also working as a nurse and running her own hair salon.

Yetunde Price was born on Aug. 9, 1972, in Saginaw, Michigan, the eldest of tennis coach Oracene Price and Yusef Rasheed’s three daughters. After Rasheed died of a sudden stroke in 1979, Price married Richard Williams, with whom she had Venus Williams in 1980 and Serena Williams in 1981. By the mid-1980s, the family was living together in Compton, California.

Though her half-sisters have shared most of the spotlight, Yetunde Price shared their drive for success. She was valedictorian of her high school and went on to become a nurse.

When Yetunde Price struck out on her own after Richard moved the rest of the family to Florida so that Venus and Serena could attend a prestigious tennis academy, she met a man named Jeffrey Johnson and had a son. But the relationship was abusive, and she left him after he went to prison.

Soon after, she met and married Byron Bobbitt and had two more children. In 1997, she filed a domestic violence complaint against him that stated, “Husband threatened me with a knife to my throat, stating he would kill me if I took his daughter away — and he also physically assaulted me.”

As the oldest of Oracene Price’s daughters, Yetunde was always close with her family, especially Venus and Serena. And in the 1990s, she worked part-time as their personal assistant scheduling appointments and keeping up with their communications. She also talked to them every night on the phone. More than once she accompanied them to the U.S. Open or Wimbledon.

So with her family’s support, in 2000, Price left Bobbitt and found new success in her own beauty shop in Lakewood, California. With a new business in place and her children safe from harm, Price decided to go out with friends one evening when she met Rolland Wormley. 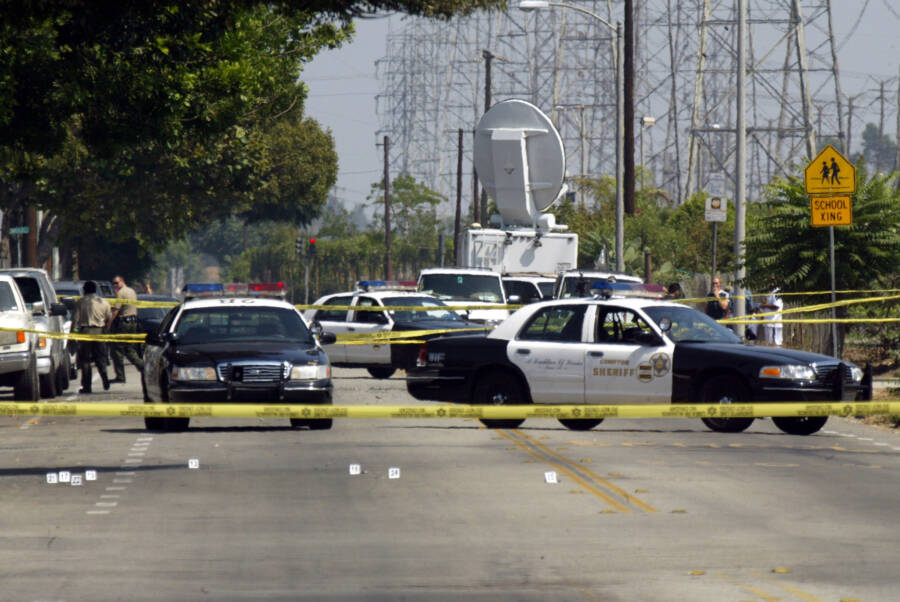 On April 30, 2003, Yetunde Price and Rolland Wormley met at a party in Compton. It was his 28th birthday, and the surprise party was hosted by mutual friends to celebrate the occasion. While making his way across the dance floor, he noticed that Price was sitting away from the crowd.

Wormley tasked himself with making sure she had a good time and began chatting with her. The two were inseparable after that. Wormley told Page Six, “We talked and danced the whole night, and we ended up going to my brother’s after party. We spent the whole night together.” Shortly after they began dating, Yetunde Price asked him to move into her home in Corona, California.

Wormley declined her offer for a while, believing that they should have a more established relationship and a strong foundation before they took big steps. But there was something else holding Wormley back — he had a record, having served time for theft and domestic violence.

Wormley told Price everything about his gang affiliation and its consequences. And because he was looking to change his life, he hoped to keep Price away from that part of his past.

Then, on Sept. 14, 2003, Yetunde Price was unable to get a hold of Wormley and was upset that he had broken their date for that night. By the time she managed to reach him, it was late, and he needed a ride home from a picnic in Compton with friends.

Wormley promised to make it up to her the next day. And just after midnight, Price came to get him. Wormley got behind the wheel of the GMC Yukon Denali and started the drive back to her house.

According to The Los Angeles Times, as he drove, he saw a figure in the dark on a street corner and soon the windows of the Denali were shot out.

“Next thing you know, I see flashes to my side. I don’t know if it’s from the front or the side … I don’t know how many shots were fired. I don’t even know what race or creed [the attackers] were,” Wormley told The Los Angeles Times.

Wormley sped to his mother’s house nearby to call 911. He left an unmoving Yetunde Price in the car. He didn’t know it yet, but she had been killed by shots from an AK-47.

Police arrested Wormley for suspected domestic abuse, and he says they only began to care for Price when they found out who her sisters were. When her family arrived on the scene, an ambulance was driving her away. Doctors declared Yetunde Price dead on arrival at the hospital.

How The Williams Family Healed After The Tragedy 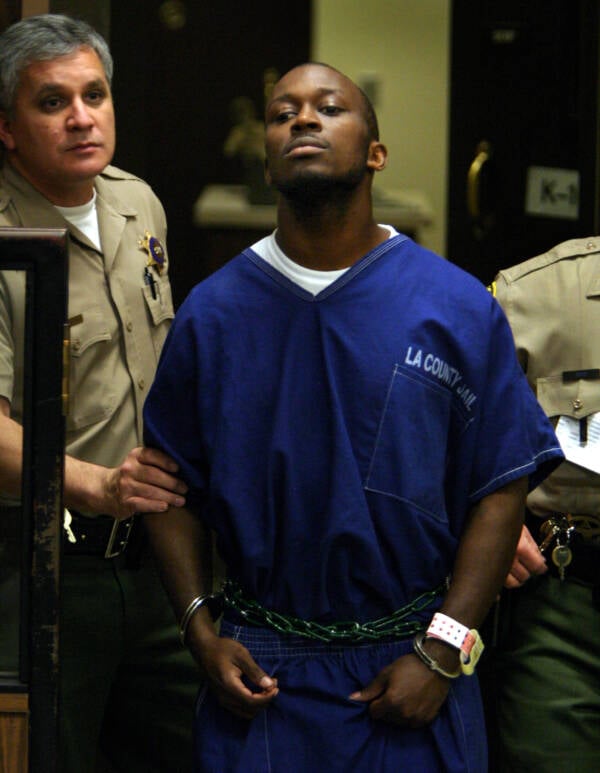 The Los Angeles Police Department held Rolland Wormley for a week on suspicion of killing Yetunde Price. But after several interrogations, false accusations, and conflicting witness statements, LAPD did not have enough evidence to charge him with the crime and released him.

It wasn’t soon enough — he was still in jail when Yetunde Price’s family held a funeral and buried her at Forest Lawn cemetery in the Hollywood Hills.

Four months later, the police found Yetunde Price’s real killer, 25-year-old Robert Edward Maxfield. Maxfield was a member of the Crips, who later apologized to Wormley for the death. Prosecutors alleged that he fired because he mistook Price’s car for a rival gang member’s. He pleaded no contest to voluntary manslaughter and was sentenced to 15 years in prison in 2006.

Wormley fell back into crime and received a 14-year prison sentence in 2004. In March 2018, Maxfield was paroled three years before his sentence expired. A short time later, he was arrested for violating the terms of his parole.

The Williams family opened the Yetunde Price Resource Center in 2016, just steps from where Price was murdered and the public tennis courts where Venus and Serena Williams first learned the game. The center is designed to help victims of violence and support their families in hopes of breaking the cycle of violence in their community.

“Yetunde and I were so close; she changed my diapers,” Serena Williams told People in 2007. “But I finally came to an acceptance of things.”

Opening the community center in Compton provided a form of healing for the family. During the ribbon cutting, Serena Williams said, “We definitely wanted to honor our sister’s memory because she was a great sister, she was our oldest sister, and obviously she meant a lot to us,” according to The Root.

“And it meant a lot to us, to myself and to Venus and my other sisters as well, Isha and Lyndrea, that we’ve been wanting to do something for years in memory of her, especially the way it happened, a violent crime.”

After reading about the murder of Yetunde Price, learn the sad story of Ennis Cosby, Bill Cosby’s son who was shot in cold blood on the side of a Los Angeles freeway. Then, go inside the heartbreaking death of Robin Williams and the horrific disease he never knew he had.