"He threw away pieces of his fiancée like she was trash. The mother of his newborn baby." 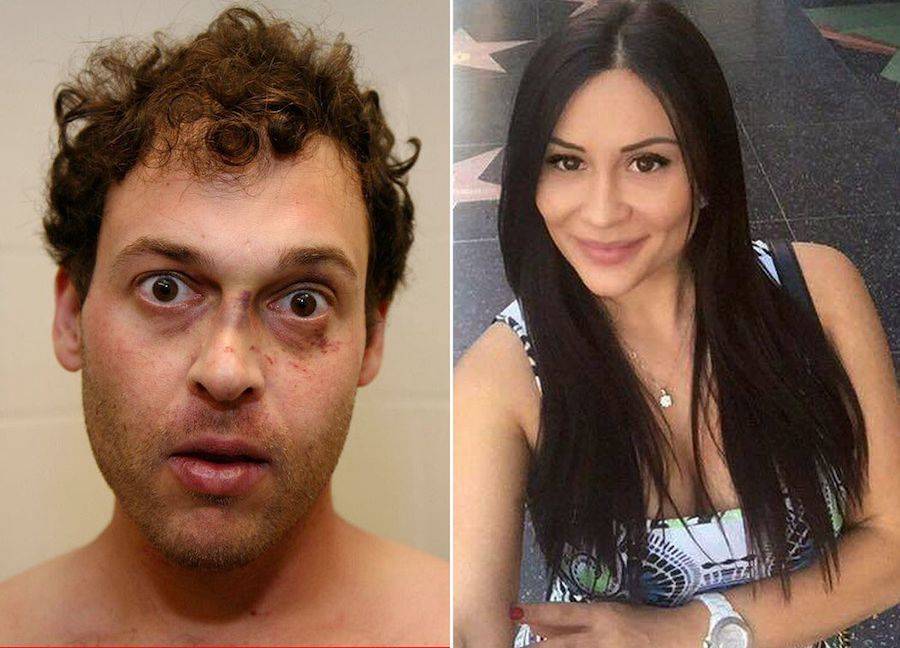 Los Angeles County Sheriff’s Department, FacebookBlake Leibel (left) has now been convicted in the 2016 torture and murder of his fiancée, Iana Kasian.

In May 2016, millionaire real estate heir and graphic novelist Blake Leibel tortured, murdered, and drained the blood from his fiancée, Hollywood model Iana Kasian. He then left her lifeless body on the bed of their Los Angeles apartment next to their unharmed two-month-old baby.

On June 20, 2018, after less than four hours of deliberation, a Los Angeles jury convicted the now 37-year-old Leibel for the grisly slaying of the 30-year-old Kasian, finding him guilty on all three charges: first-degree murder, aggravated mayhem, and torture.

Even those charges hardly capture what Leibel did to Kasian.

Alive for much of the torture, Kasian was bitten on the jaw, had pieces of her face (including her right ear) torn off, and was scalped to expose her skull.

“[Kasian’s] entire scalp was traumatically absent and was not found, was not present with the body,” read the coroner’s report. “Her skull had been stripped down to the surface of the bone … there was no scalp present except for little bits in the back of the neck.”

Deputy District Attorney Beth Silverman told jurors during closing arguments that Leibel used both his bare hands and a sharp object (possibly a paring knife or the razor covered in blood that was found in the apartment’s bathroom) to cut and rip pieces of her scalp.

“He threw away pieces of his fiancée like she was trash,” said Silverman. “The mother of his newborn baby.”

Ultimately, Kasian died because Leibel’s attacks had drained most of the blood from her body and caused her to suffer extreme trauma to the head. She died, “a very slow, excruciating, painful death,” Silverman said. “What happened is beyond anybody’s worst nightmare.”

As to why Leibel would commit such crimes, the prosecution wasn’t able to provide a definitive motive but suggested that perhaps he had grown jealous of the fact that Kasian’s attention had recently been diverted away from him and toward their newborn.

Despite the lack of a clear motive, prosecutors were able to present evidence suggesting that Leibel modeled the crime after one of the graphic novels he’d helped fund and develop. That graphic novel, Syndrome, starts with a killer slashing his victims and draining them of their blood. Furthermore, its cover shows a baby doll with a partially-removed scalp.

“The defendant basically handed us a blueprint,” Silverman said. “A case of life imitating art.”

Now that Silverman and company have secured a conviction for Leibel, he faces life in prison with no chance of parole.

Next, read up on the torturous murders perpetrated by “Kansas City Butcher” Bob Berdella. Then, have a look at the horrific abuse and death suffered by Junko Furuta.