The Heinous Crimes Of Robert Berdella, “The Kansas City Butcher”

Throughout each of his murders committed in his house in Kansas City, Missouri, Robert Berdella kept detailed notes and photos of his tortured and raped victims.

A quiet spring night in Kansas City’s historic Hyde Park in 1988 was shattered when a man – wearing nothing but a dog collar around his neck – leaped from a second-story window of a Robert Berdella’s house where he was being held captive. He crashed to the ground and ran to a nearby meter maid, who called the police.

Police secured a search warrant and proceeded to discover a cavalcade of horrors inside this unassuming house. Opening a second-story closet, they discovered a human skull as well as human vertebrae, marked from where they had been cut with a bone saw.

In the backyard, they discovered another human head buried in the ground, partly decomposed. 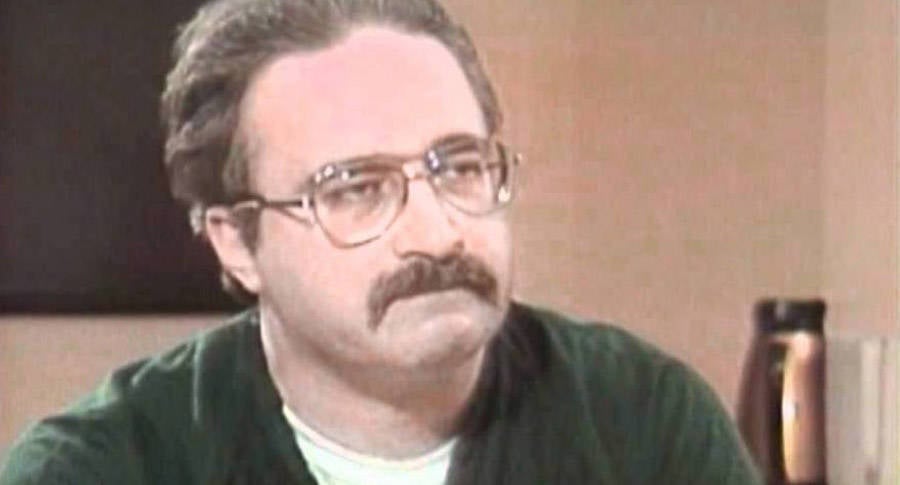 When they ventured into the basement, they found large barrels stained with blood as well as the personal belongings of two missing people and a stack of Polaroid photos depicting naked men being sexually assaulted and tortured.

They also found a stenographer’s pad meticulously detailing the abduction, torture, rape, and murder of six young men from around the area.

This house, 4315 Charlotte Street, belonged to the Kansas City Butcher, one of the most deranged serial killers in history.

Born Robert Andrew Berdella Jr. on January 31, 1949, in Cuyahoga Falls, Ohio, the man who would become this terrifying killer grew up in a deeply religious Roman Catholic family in the early 1950s.

From a young age, Robert Berdella was a loner. With his severe nearsightedness, high blood pressure, and speech impediment, he was an easy target for bullies in his neighborhood.

This included his father, who would physically and verbally abuse the young boy for his lack of athleticism.

However, by his mid-teens, Berdella had begun to gain some confidence. He had realized that he was gay, and though he kept this a closely-guarded secret, it gave him a level of self-assurance.

This confidence manifested itself in a rude and condescending attitude, especially towards women, that he would hold for the rest of his life.

In 1967, Robert Berdella graduated from high school and started attending the Kansas City Art Institute. In college, he was finally able to express himself and was open with his homosexuality. 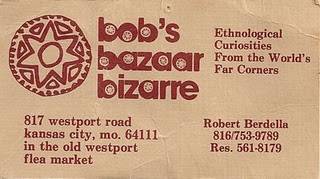 Though he displayed artistic talent, he quickly got caught up in drug use and low-level drug dealing. It was also during this time that he began torturing and killing animals.

After he received harsh backlash from the administration of the institute for an art piece where he tortured, killed, and cooked a duck, Berdella left college and moved into a house in the Hyde Park neighborhood of Kansas City, Missouri.

Using the contacts he made through his extensive pen pal relationships from his lonely childhood, as well as his knowledge of art, Berdella opened a store called Bob’s Bizarre Bazaar, where he sold art, jewelry, and antiques from around the world.

Throughout the 1970s and early 80s, Robert Berdella spent much of his time with male prostitutes, drug addicts, petty criminals, and runaways that he claimed to be mentoring. In reality, he was engaging in manipulative sexual relationships with young men.

Berdella used his money and influence to create an imbalance of power in his relationships he would use to control these young runaways, many of whom had been prostitutes or had been sexually abused.

Then, in 1984, “The Kansas City Butcher” claimed his first victim: Jerry Howell.

Kansas City Police DepartmentYearbook photo of Jerry Howell and a photo taken by Robert Berdella while Howell was in his captivity.

Howell was the 19-year-old son of Paul Howell, one of Berdella’s acquaintances from his art dealing business. On July 5 that year, Berdella offered to drive the young Howell to a dance competition at a neighboring town.

On the way, Robert Berdella plied the youth with alcohol and then drugged him with Valium and acepromazine. He tied Howell to his bed for 28 hours, during which he repeatedly drugged, tortured, raped, and violated the youth with foreign objects.

Ignoring his desperate pleas for Berdella to stop, he continued his torture until Howell finally asphyxiated from a combination of his gag, the drugs, and his own vomit.

After Howell died, Robert Berdella butchered his body, leaving the corpse upside down overnight with cuts in major arteries to drain the blood and then dismembering the body with a bone saw.

He then placed the pieces of the dismembered body in separate garbage bags along with assorted other trash and left them out on the curb for garbage men to take away.

Throughout this process, Berdella kept detailed notes of how he raped and tortured Howell on a stenographer’s pad, something he would continue to do for all his victims.

His next victim was one of the drifters that Berdella had taken care of and exploited for years, Robert Sheldon. The 23-year-old man arrived on Berdella’s doorstep on April 10, 1985, begging Berdella to let him stay there. 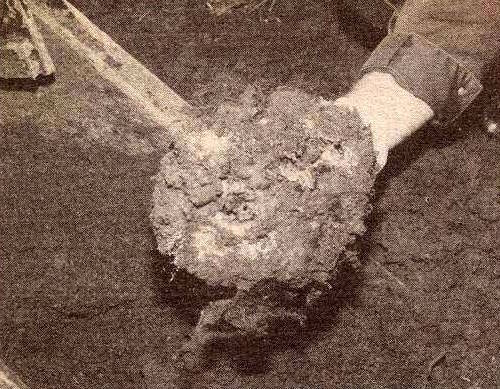 Kansas City Police DepartmentDetectives uncover a human head in Robert Berdella’s backyard, later identified to be that of Larry Pearson.

Berdella was not attracted to Sheldon, and though he did not rape him, he did restrain and torture him. With Sheldon, Berdella began his experiments on using chemicals to weaken his victims, leaving them helpless to his machinations.

He bound Sheldon’s wrists with piano wire in an attempt to permanently damage the nerves there, put drain cleaner in his eyes, and filled his ears with caulk.

When workmen were scheduled to come to Bob Berdella’s house, he decided to suffocate Sheldon and dissect his corpse before disposing of it.

The following June, Robert Berdella committed another brutal murder of one of his runaway acquaintances when he found Mark Wallace attempting to sleep in his shed. Berdella drugged Wallace and subjected him to high voltage electrical shocks and stuck hypodermic needles into his back.

Wallace died after a few days of this unrelenting torture, and his body was also dismembered and disposed of.

The next month, another of Berdella’s acquaintances contacted him wondering if he could stay at his house, Walter James Ferris. When Ferris arrived at Berdella’s house, he tied him to his bed and tortured him by shocking his genitals with 7,700-volts of electricity for two days until he died from the abuse.

The next year, Berdella ran into Todd Stoops, a former male prostitute who had stayed with Berdella in the past, at a nearby park. Berdella brought Stoops back to his place to grab lunch. 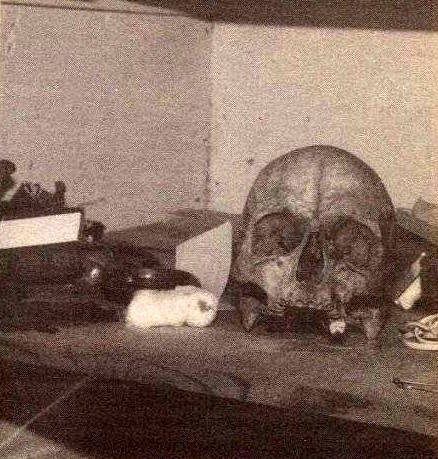 Kansas City Police DepartmentThe skull found in one of Robert Berdella’s closets, later identified as that of Robert Sheldon.

There, Berdella drugged Stoops and kept him trapped in his house for weeks. He attempted to turn Stoops into a submissive sex slave, trying to incapacitate him through electrical shocks to the eyes, and by injecting drain cleaner into his larynx in an unsuccessful effort to render him mute, while repeatedly raping and sexually assaulting him.

In 1987, Berdella continued this attempt with 20-year-old Larry Wayne Pearson, an acquaintance he made while working at his shop. “The Kansas City Butcher” decided to kill him after Pearson jokingly referred to his practice of robbing gay men in Wichita.

He drugged Pearson and continued his torture practices aimed at incapacitating his victims, binding, electric shocking, and injecting drain cleaner into his larynx. He also broke one of Pearson’s hands with a metal bar.

Berdella then beat and strangled Pearson to death.

On March 29, 1988, Berdella abducted his last victim, a 22-year-old male prostitute named Christopher Bryson who he had solicited for sex.

Once he arrived at Berdella’s house, he knocked the prostitute unconscious with a metal bar and tied him up. Bryson was subjected to the same torture and abuse methods as Berdella’s previous victims.

But Bryson knew how to gain Berdella’s trust, eventually persuading Berdella to tie his hands in front of him, rather than to the bed. Then, when Berdella accidentally left a box of matches in the room, Bryson grabbed them and burned through his ropes, leading to his dramatic escape through the window. 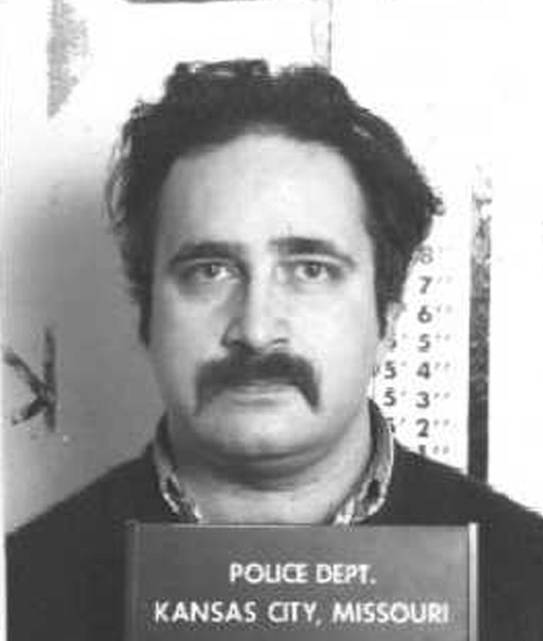 After collecting evidence from the house and questioning the suspected killer, Robert Berdella was quickly arrested and charged with the murders of six men.

Berdella accepted a deal where he pleaded guilty and revealed everything about the vile murders in exchange for life without parole, avoiding the death penalty.

He died of a heart attack while incarcerated at the Missouri State Penitentiary on October 8, 1992, at the age of 43. So ended the life of “The Kansas City Butcher,” one of the most horrific serial killers in modern history.

Now that you’ve read about Robert Berdella, “The Kansas City Butcher,” check out the gruesome tale of the unsolved Hinterkaifeck Murders. Then, read the story of serial killer Edmund Kemper, whose story is almost too gross to be real.