Discover the disturbing details that leave no doubt as to why authorities called Sean Vincent Gillis "a true serial killer." 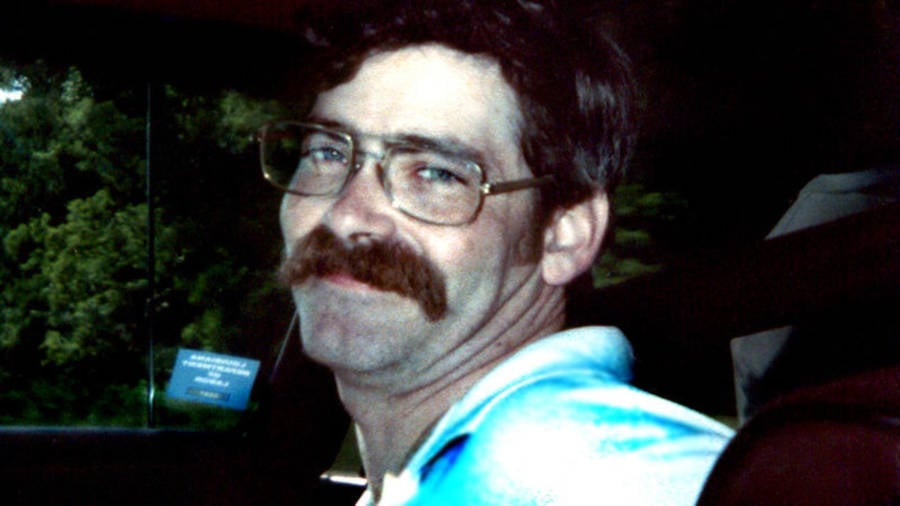 He was so vicious that even he admitted that he was “pure evil.” But although serial killer Sean Vincent Gillis may have readily confessed to his crimes and even perhaps expressed some genuine remorse, the details of his murders will surely leave you thinking that he was nothing but pure evil indeed.

Sean Vincent Gillis didn’t have a happy childhood. Struggling with alcoholism and mental illness, his father abandoned the family soon after Gillis was born in 1962.

But despite the hardships of growing up without a father, young Gillis seemed to get by ok as a quiet kid in Baton Rouge, La. His mom raised him with the help of his grandparents as she worked full-time for a local television station. During this time, she remembered that Gillis was a good kid who had average grades in school.

Although he had friends in high school, Gillis had another, violent side to his personality that came out then and again. At one point during his adolescence, a neighbor named Carolyn Clay said she heard a loud banging noise at 3 a.m. and saw Gillis in his front yard, beating furiously on some garbage cans.

“He was prone to fits of anger like that,” Clay recalled. “He was an angry young boy.”

But soon, that anger would grow into something much worse.

After high school, Sean Vincent Gillis attended some community college and bounced around between low-paying jobs while still living with his mother. But finally, when Gillis was 30, his mother moved away to take a job offer in Atlanta and this still angry man was on his own for the first time.

Gillis soon found himself lonely — and obsessed with pornography, so much so that he neglected his jobs. But Gillis’ mother always sent him money to make up for his career woes. Nevertheless, he was angry at his mother for leaving and would sometimes scream in anger and disturb his neighbors.

More disturbing was the fact that he was caught peeping into a neighbor’s window in 1992, while his obsession was pornography was growing ever greater. Despite this, he was able to start and maintain a steady relationship with a woman named Terri Lemoine in 1994.

However, that same year was when he killed his first victim.

Gillis later stated that he initially only attempted to rape 81-year-old Ann Bryan that March. But when she screamed, he went wild and stabbed her about 50 times. The stab wounds focused on Bryan’s head, genitals, and chest. He almost decapitated her with his ferocious slashing blows.

Lemoine had no idea how dark things would get.

Though his first murder showed how brutal he could be, Sean Vincent Gillis didn’t kill again for another five years.

From January 1999 to January 2000, he murdered four women, bringing his total body count to five. He killed a sixth in October 2000 and took his final two victims in October 2003 and February 2004.

These murders shared some truly gruesome commonalities. The seven women — all prostitutes but one, all in their mid-30s to early 50s — were strangled, raped, stabbed to death, and mutilated. Then Gillis dumped their bodies in remote areas far away from Baton Rouge.

When cops found the body of his second victim, it was a particularly macabre scene. “She was on her back in a kind of balletic pose next to a ‘dead end’ sign, which I thought was his humor, in a very sick kind of way, ‘dead end,'” said former district attorney Premilia Burns, who called him a “true serial killer.”

In the case of another victim, the body was found hacked up so badly that, according to East Baton Rouge Sheriff’s Major Bryan White, “you could barely tell it was a human being.”

But even though bodies were found, no murder weapon, witnesses, or fingerprints ever were. The cops had no leads on their killer, leaving Gillis free to keep on murdering.

All of Gillis’ murders started with him strangling victims with zip ties. Then he would chop off their hands or feet, sometimes also carving off their tattoos or nipples.

Worse yet, he sometimes saved body parts as trophies and even consumed victims’ flesh as well as committed sex acts with their dead bodies, including other acts like showering with one corpse and painting the nails of another. And when he killed his final victim in 2004, he took dozens of photos of himself posing with her hacked-up corpse.

But Sean Vincent Gillis also left something behind at this murder scene that would prove to bring him down.

A muddy tire track near his final victim’s body was Sean Vincent Gillis’ undoing, a lucky break for investigators that hadn’t had much to go on. They’d found hairs at the scenes (and once thought that Gillis’ crimes were done by another serial rapist and killer in the area, Derrick Todd Lee), but the DNA didn’t match anyone in the system. It was instead the tire tracks that were the key.

Detectives took photos and molds of the Goodyear tire tracks, which were, fortunately, rare. Local authorities worked in conjunction with Goodyear stores to track anyone who bought this particular type of tire from stores in Baton Rouge.

Investigators then tested the DNA of the 200 or so people that had those tires. Sure enough, the match was Sean Vincent Gillis.

During the initial interview after the DNA test in April 2004, detectives interviewed Gillis and had a hunch that this was their man. They executed a search warrant for Gillis’ home, which he shared with Lemoine (still unaware of his crimes) the day after the first interview and found dozens of photos of his victims.

Sean Vincent Gillis was now in custody, but the cops’ job of sifting through the gory details of his murders was just beginning.

Confessions Of A Killer

Once in custody, Gillis confessed to the murders as if he was proud and yet sad of his accomplishments:

“I’m sorry I hurt people,” he said. “But I would do it again. You let me out on the street, I’ll find somebody before sundown.”

“If anything in my useless life comes out,” he said later, “help the little girls today not to be the premature corpses of tomorrow.”

And with confessions like these in hand, authorities prosecuted Gillis and secured his conviction for multiple murders in 2008, at which time he received life in prison.

Once in prison, he continued to express remorse and even corresponded with a friend of his final victim. In this correspondence, he once again shows regret, but also the cold tone of a hardened, precise killer.

“She was so drunk it only took about a minute and a half to succumb to unconsciousness and then death. Honestly, her last words were I can’t breathe. I still puzzle over the post-mortem dismemberment and cutting. There must be something deep in my subconscious that really needs that kind of macabre action.”

As for what did lurk in Sean Vincent Gillis’ subconscious, there’s likely no one answer. Although, when District Attorney Burns was questioning Gillis, he did admit to wanting to have sex with his mother, the one that sent him into a rage when she left, and the one that doted on him when he was a boy. Back then, of course, no one knew what a monster that little boy would become.

After this look at Sean Vincent Gillis, read up on Ed Kemper, the “Co-ed Killer,” and Richard Ramirez, the “Night Stalker.” Then, discover some of the most chilling words ever spoken by serial killers.