‘Something Out Of A Horror Movie’: Rescuers Find Dozens Of Dead Birds Bleeding Out Of Their Eyes

A toxicology report has not yet been released on the deceased birds, but veterinarian professionals suspect poisoning of some kind. 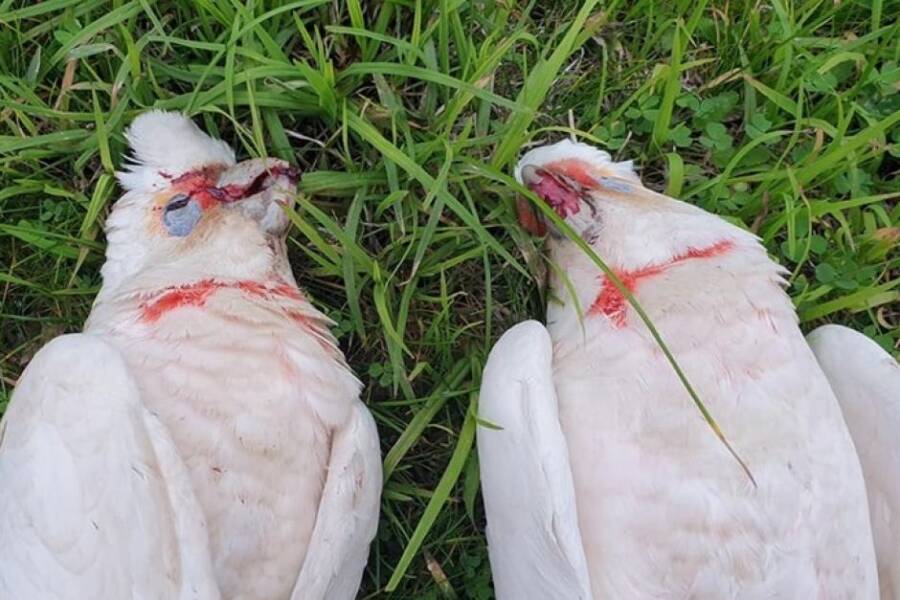 In a scene straight out of an Alfred Hitchcock film, dozens of birds suddenly fell out of the sky and dropped dead in a small town in Adelaide, Australia. According to a report by The Guardian, 60 corella birds native to the country were found bleeding out of their eyes and mouths and squawking loudly before eventually dying on the ground. It is believed this is a case of targeted mass poisoning.

“Only two or three were actually deceased. The rest were just screaming on the ground,” said witness Sarah King and the founder of Casper’s Bird Rescue. “They couldn’t fly any more, they were bleeding out of their mouths… What we were seeing was something out of a horror movie.”

King’s staff had called her after they discovered the bleeding birds. King said that the staffer sounded overwhelmed and that the birds were “more than he could handle.”

In a Facebook post, rescuers from Casper’s said that incident naturally had the kids “very upset” after watching “birds falling from the sky and in pain, with blood coming out of their mouths.”

Veterinarian Trudy Seidel, who was at the scene of the mass bird deaths, told ABC Australia that “more than likely they have been poisoned.”

“The crops on a couple of birds that we did open up after they passed away showed that they were full of grain but we don’t have any toxicology to know that’s for sure,” Seidel added. Rescuers have also contacted Biosecurity South Australia to test the bloody birds for any exotic diseases as a precaution.

Rescuers initially found that 58 of the 60 collapsed birds were already dead. Those that had made it through their gruesome ordeal were euthanized by veterinarian professionals because the suspected poison they had ingested would nonetheless cause a slow and painful death. So far, results from the ongoing toxicology report have not yet been completed. 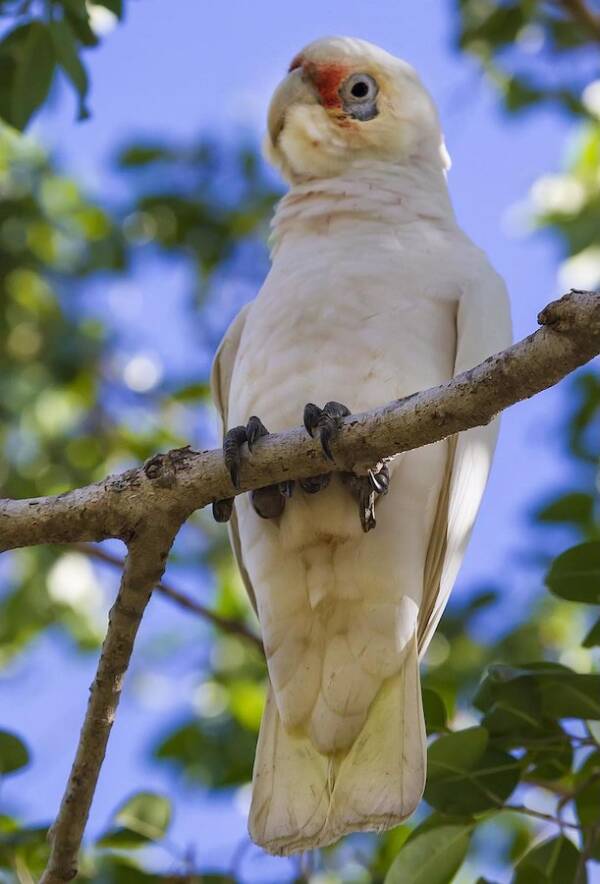 The long-billed corella (here) is a protected species under Australian state law.

The corella bird is native to Australia. There are two different species: the little corella and the long-billed corella.

The little corella is considered a pest in South Australia and so much so that the Alexandrina council described the birds as a “nuisance to our community.” The council even went so far as to propose gassing the local population.

“While some people do enjoy seeing little corellas in the environment, large flocks in urban and rural areas can cause considerable problems,” the Alexandrina government website states.

“Little corellas cause damage to built infrastructure such as buildings, stobie poles, lights, timber structures, and sporting equipment… they also cause significant damage to vegetation including trees and crops.”

King said that rescuers contacted the local council about the horror show but the council insisted that only non-poisonous herbicides had been used on local crops.

“The birds that have been affected are the protected species of the long-bill corella. It is an important fact to get out there,” King explained. “This isn’t the way to deal with anything. It’s also against the law.”

A spokeswoman for the state’s Department for Environment and Water said the cause of the bloody, dead birds was not yet officially confirmed and that disease and toxin testing could take up to several weeks.

Hopefully, another such incident will not occur before that report is released.