How The “Bloody Benders” Made Murder The Family Business

The Bloody Benders lured in weary travelers who were hoping for a place to sleep — and got much more than they bargained for.

In the 19th century, the American government had found itself in possession of a lot of land out west, but the land was relatively empty. To fix this problem, the government began offering plots of land to anyone who was willing to move out and farm it.

One family who took them up on this offer was the Benders. The Bender family built a small house on the Osage Trail in Labette County, Kansas in the fall of 1871. Eventually, the father, John Bender Sr., turned the house into an inn to give weary travelers a place to rest.

For many of those travelers, the Bender’s home would be their final resting place.

There were some early indications that the Benders were a little strange. The community they settled in was founded by a group of spiritualists, who believed in some unorthodox things.

Spiritualism taught that the spirits of the dead continue to live on after death. And spiritualists often practiced séances to contact these ghosts.

Kate Bender, who was probably John’s daughter – whether or not the Benders were actually blood relatives is disputed – quickly gained a reputation as a psychic and healer who could talk to the dead. Even in a community of spiritualists, her sermons on the value of free love were considered a little odd. John, meanwhile, had a tendency to laugh aimlessly, which led many to think he might be mentally ill.

The family’s inn was divided by a cloth curtain from their living quarters. When a guest arrived, they would be seated at a place of honor facing away from this curtain. 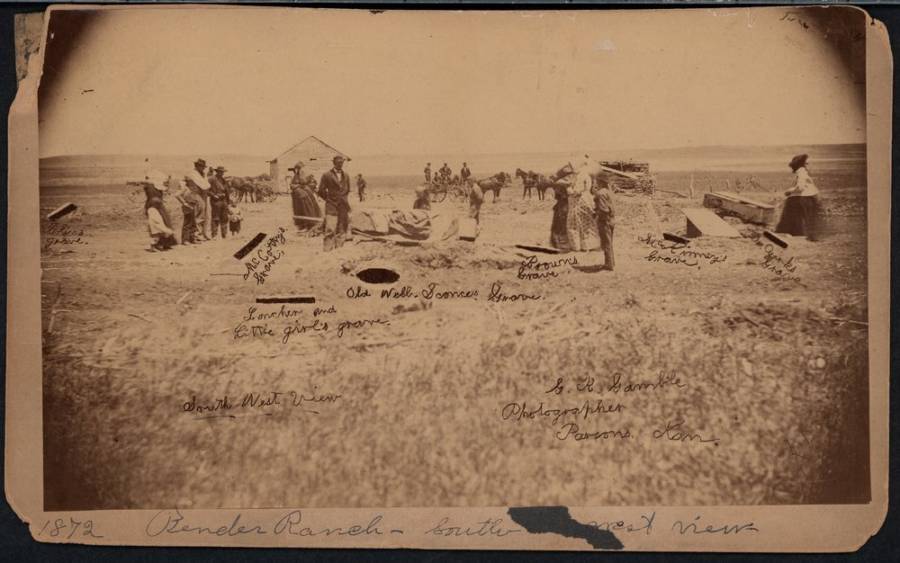 Kate would then distract them with conversation while one of the other Benders approached the curtain. With the victim’s head outlined through the thin cloth, one of the Benders would smash their skull with a hammer. The body would then be dropped through a trap door into the basement.

Once the body was in the basement, the Bloody Benders, as they later became known, would strip it of any clothes and valuables and bury it in a mass grave. Money was certainly part of why the Bloody Benders decided to start killing their victims. But many of their victims were poor, which suggests that the family simply enjoyed killing.

As people continued disappearing after visiting the Benders’ home, the surrounding communities began to grow suspicious. After one family went missing in the area, their friend, Dr. William York, came to the area to ask if anyone had seen them. After Dr. York himself went missing, his brother, a Colonel in the military, came to the Benders’ inn asking about his brother. 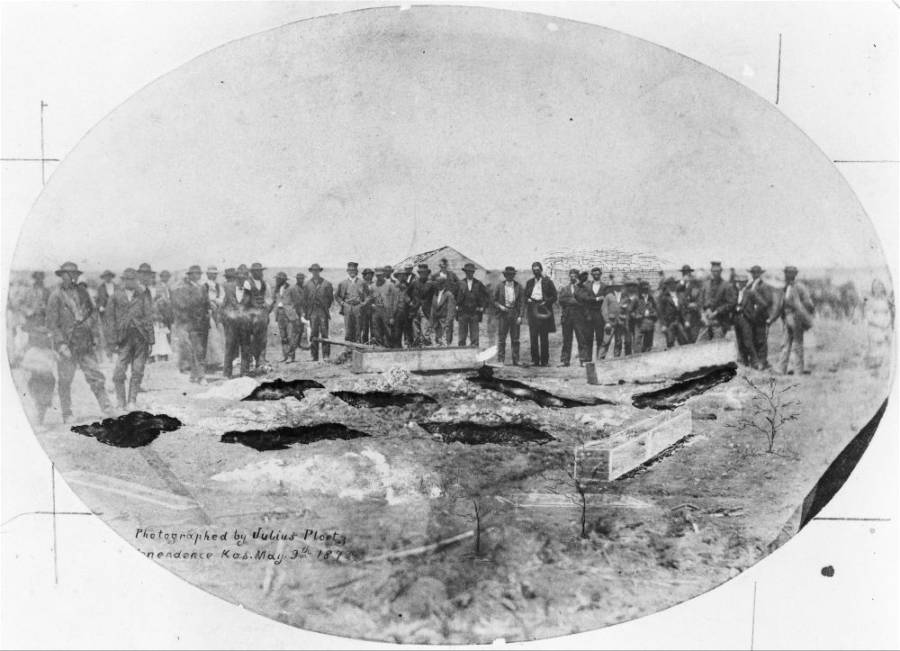 The Benders told Colonel York that his brother had probably been killed by the Native Americans in the area. But York’s investigation uncovered several people who claimed that the Benders had threatened to kill them. When York returned to the inn to confront the Benders, he found it deserted.

York’s party then searched the building for any sign of what happened.

That’s when they discovered the trap door to the basement, which was covered in bloodstains. After digging around the property, the investigators found 11 bodies, all murdered by the Bloody Benders. A manhunt was immediately launched for the murderers. 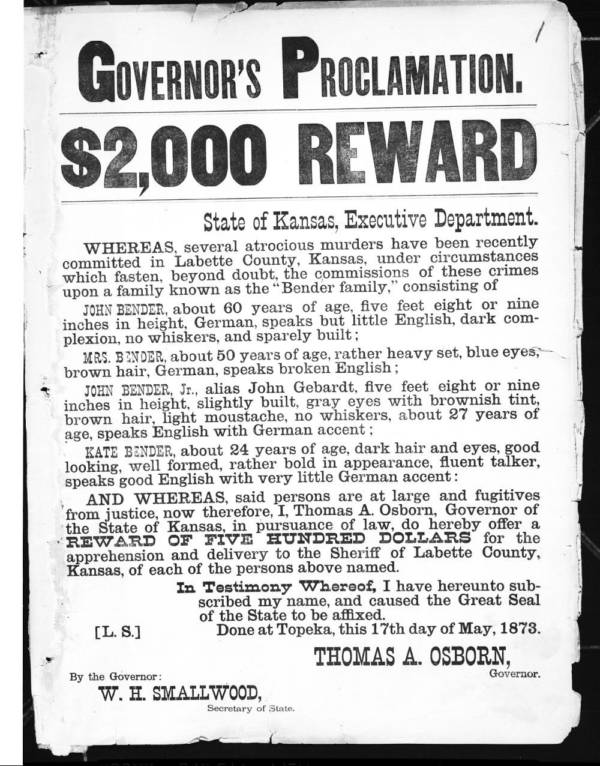 The Benders’ wagon was soon found a few miles away from their home. The family themselves had disappeared. Some thought they might have been killed by vigilantes, and others that they had left the country. And in spite of numerous sightings over the years, no one ever discovered where they had gone.

The Bloody Benders quickly passed into legend as America’s first serial killer family. And their story remains a ghastly part of Kansas folklore to this day.

After learning about the Bloody Benders, check out the story of Edmund Kemper, whose tale is almost too gruesome to tell. Then read about Carl Panzram, another gory serial killer.