Born in Houston, Texas in 1959, Karla Faye Tucker had a troubled home life from the beginning. Her mother was a groupie, and by the time she was twelve, she was following her mother around, prostituting herself on tours. She began using drugs not long after, and it wasn’t long before she was regularly using heroin, coke, and speed.

By her early twenties, after a brief failed marriage, she began hanging around a group of bikers. Around this time, she met a couple named Shawn and Jerry Lynn Dean. They introduced her to a man named Daniel Garrett, who was fourteen years her senior, and the pair began dating.

Despite Shawn and Tucker’s friendship, Dean and Tucker had a history of fighting with each other. In one instance, Tucker kicked him out of her home after he wheeled his motorcycle into the middle of her apartment, dripping oil and spreading exhaust fumes everywhere. During another argument, Tucker punched Dean in the eye.

On the night of June 13, 1983, after a drug-filled weekend, Karla Faye Tucker and Garrett, along with another friend named James Liebrandt, broke into Dean’s house with the intention of stealing a motorcycle he was fixing up in his garage. They split up to search the apartment, but things went awry when Dean woke up and called out to them. Tucker and Garrett entered his bedroom, and a struggle ensued.

Garrett grabbed a ball-peen hammer he found lying on the floor and hit Dean in the head with it. He fell back and began to make a gurgling noise. Tucker, wanting him to stop making that noise, hit him with a pickaxe she found leaning against the wall. She kept hitting him until he was silent.

It was then that she noticed a figure in the bed, hiding under the covers against the wall. The woman, Deborah Ruth Thornton, had spent the night with Dean. Tucker and Thornton struggled briefly, before Tucker overpowered her, striking her repeatedly with the pickaxe until she was dead. She was later filmed saying that she reached orgasm with every blow of the pickaxe. 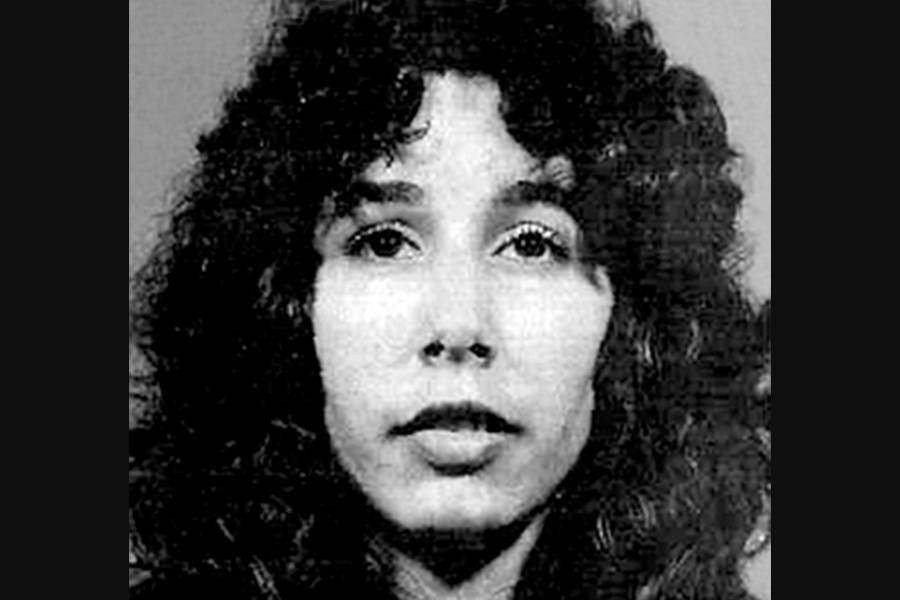 Leaving behind the bodies and murder weapons, Tucker and Garrett left with the boxes of motorcycle parts and some money they had stolen from the victims. The next morning, a co-worker of Dean’s, Gregory Scott Traver, discovered the bodies of Thornton and Dean, when he showed up at Dean’s apartment for a ride to work.

Following a month-long police investigation, both Karla Faye Tucker and Daniel Garrett were arrested for the murders of Shawn Dean and Deborah Thornton. However, while she was in prison, she began reading the Bible and became devoutly religious, officially converting to Christianity in October of 1983.

The couple was tried separately. The charges for Deborah Thornton’s murder were dropped after Tucker testified against Garrett, but in 1984 she was found guilty of the murder of Shawn Dean and sentenced to the death penalty. In 1995, she married her prison minister, Reverend Dana Lane Brown, in a Christian ceremony held inside the prison walls.

Her case drew attention from all across the country, in part because of the death penalty was rarely given to women, and in part because of her dramatic conversion to Christianity. Many Christian leaders, including Pat Robertson and Pope John Paul II, rallied around her and her efforts to have the death penalty sentence repealed. She appealed for clemency, saying that she had been on drugs at the time of the murder and, had she been sober, she never would have committed the crime.

She also claimed that Christianity had changed her into a force for good, saying in a statement that “I can promise you this: If you commute my sentence to life, I will continue for the rest of my life in this earth to reach out to others to make a positive difference in their lives.”

Despite the support from many other important leaders – including Speaker of the House Newt Gingrich, the Italian Prime Minister, and even Ronald Carlson, Thornton’s brother – her appeals were rejected.

Then-governor George W. Bush refused to reduce her sentence to life imprisonment and rejected her 11th-hour appeal. Karla Faye Tucker was executed via lethal injection on February 3, 1998, becoming the first woman to be executed in Texas since 1863.

After learning about Karla Faye Tucker, read the story of Hans Schmidt, the only Catholic priest to be executed in the United States. Then, check out these chilling last words of executed criminals.