The Macabre Sculptures Within The Bone Church

Four gigantic, bell-shaped mounds occupy the chapel’s corners. These mounds consist of thousands of expertly stacked bones and skulls, all of which are held together like a puzzle -without any construction or support structure holding them in their place. 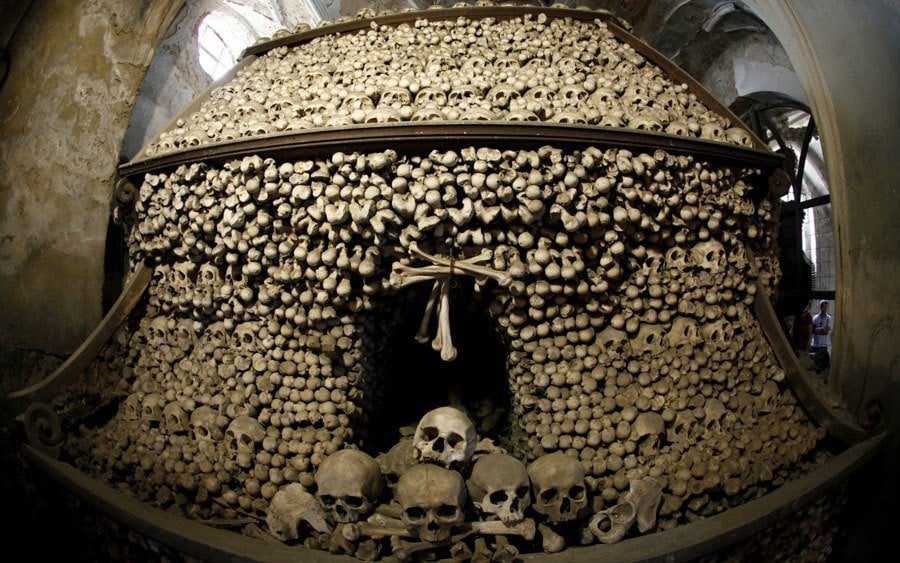 Other sculptures include piers and monstrances flanking the altar. (A monstrance is the vessel used in Roman Catholic churches to display the consecrated Eucharistic host during communion services.) The statue of Christ on the cross is illuminated by both candles and artificial lights, and almost seems out of place among the masses of strewn skeletal remains. 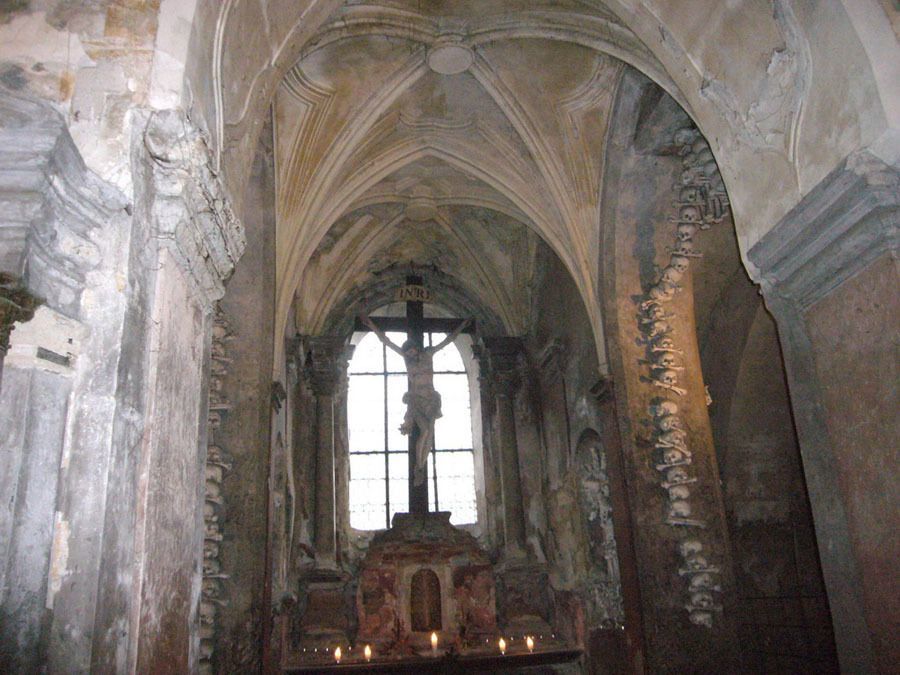 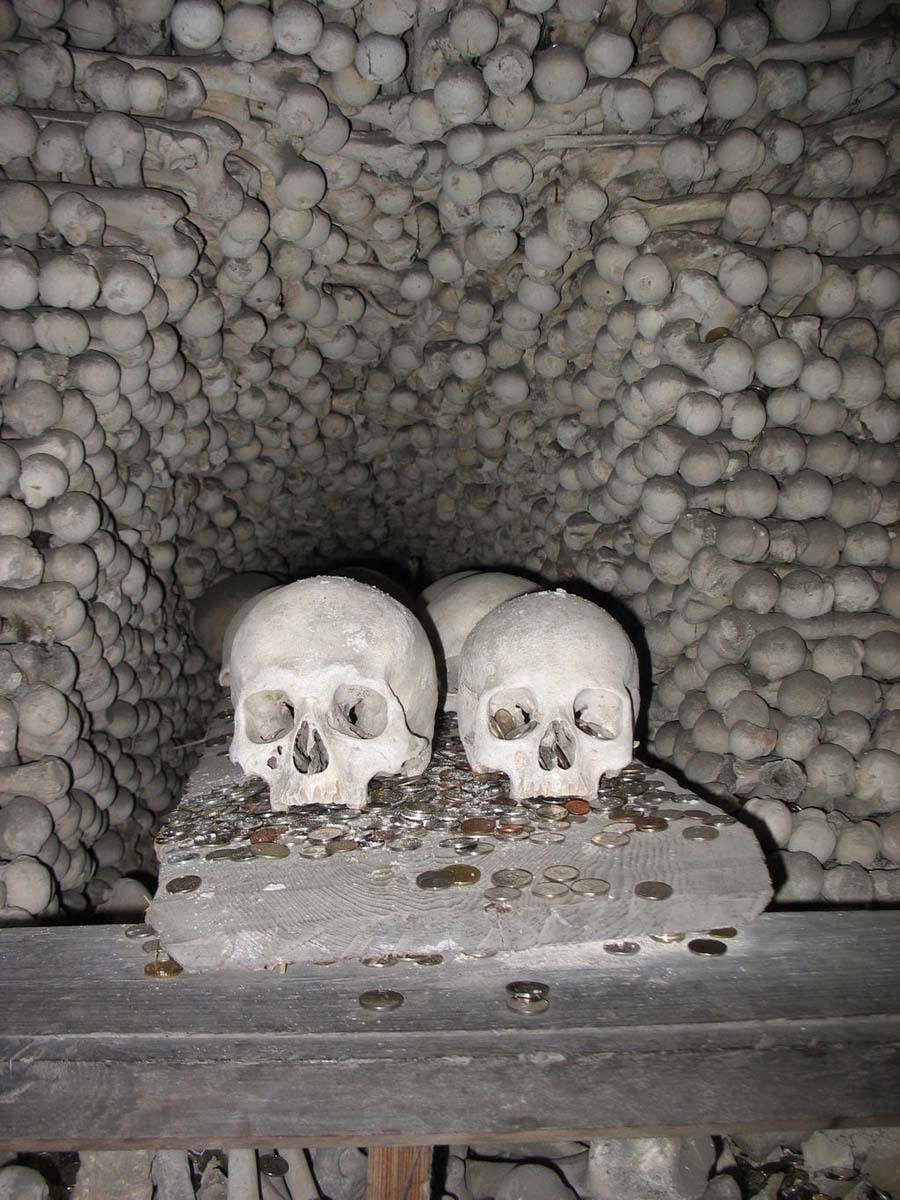 There are numerous seemingly random arrangements of bones throughout the ossuary. Some have other props added in with them such as doll parts, doll heads, and fake snakes. Columns of wood and silver are further adorned with skulls and decorative scarabs. The grisly monuments come in every size and a multitude of shapes. The musty smell of ancient death surrounds everything, adding another layer to the overall unsettling feel. When creating his works of macabre art, it is clear to see that Frantisek Rint devoted absolutely no time to the thought of keeping the bones of any individual intact, much less documenting the remains of any of the tens of thousands of individuals who reside under the church. 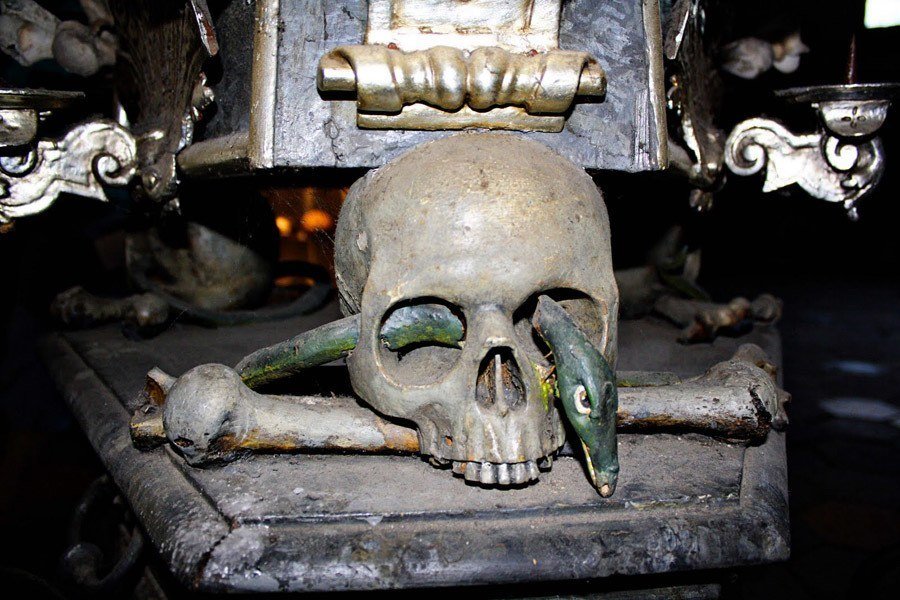 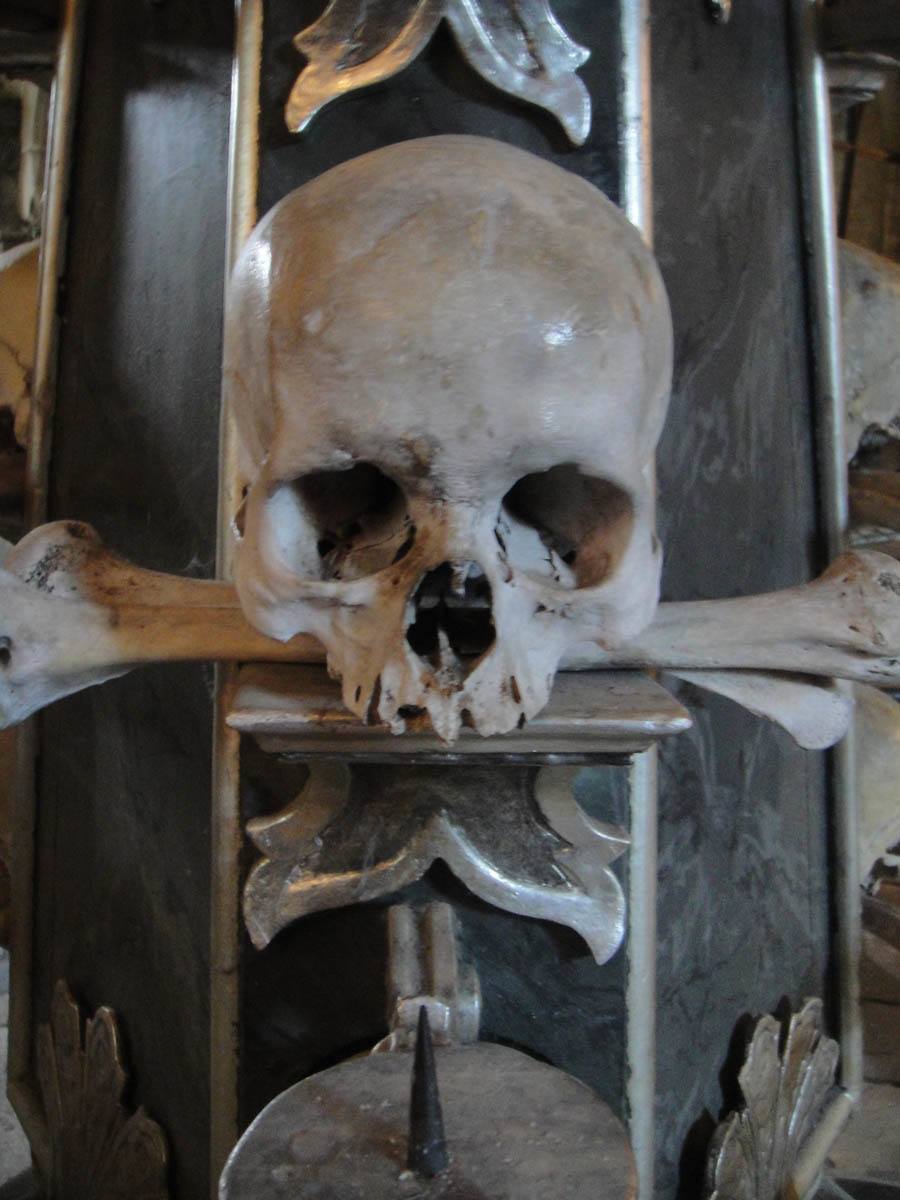 Many places around the world purport being haunted by one sort of spirit or another, but there are few that would have as much cause for supernatural activity as the Sedlec Ossuary does. That being said, the place is not often associated with or generally thought of as being haunted. Thankfully, it seems like the residents of this particular crypt are truly resting in peace. 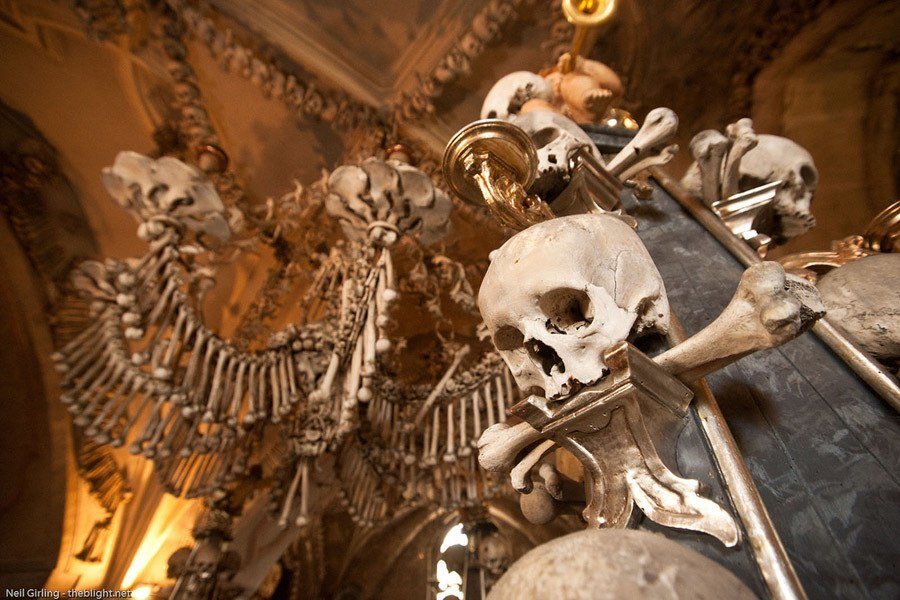 Next, check out these photos of the world’s biggest crypt, the Paris catacombs.