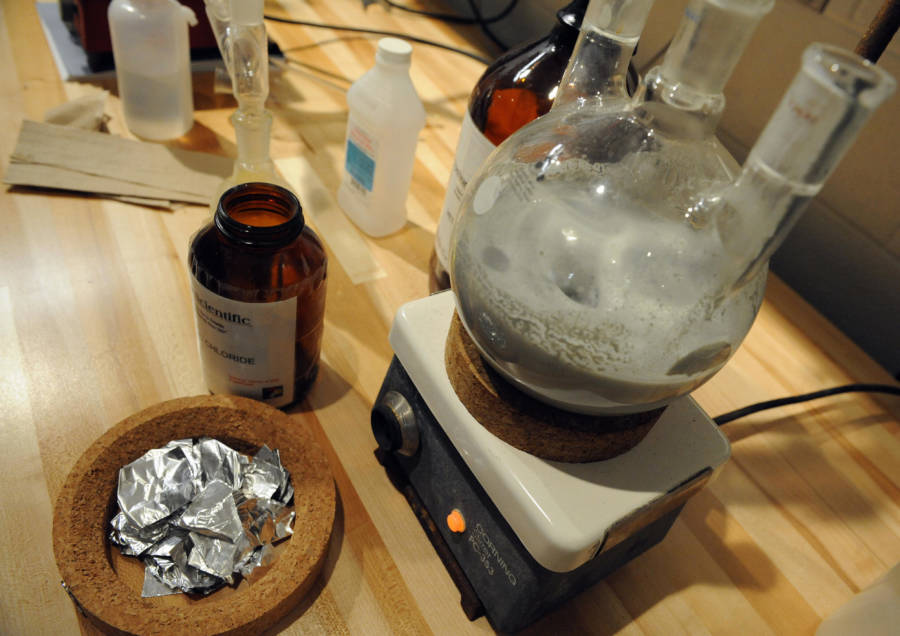 In England, nightclubs will now let you make sure that you aren’t inadvertently eating rat poison when using illegal drugs.

The police department of Lancashire, a city in northwest England near Manchester, has come to an agreement with a local charity to operate drug-testing booths near dance clubs.

Drug takers will be able to test the purity of their cocaine or ecstasy in these walk-in booths, which will look like the RVs used in blood donation drives, without fear of legal reprisal.

Police have agreed not to target anyone using the service and are reportedly “most supportive” of the idea, according to The Independent. Charity volunteers will not handle the drugs directly, and will not ask booth users to give them their names.

The booths will use lasers to reveal a drug’s ingredients within minutes. Volunteers will destroy everything tested afterward.

“It’s a very new service and some people might see it as quite radical, but it’s focusing on harm reduction,” said Fiona Measham, professor of criminology at Durham University and co-director of the Loop, the charity behind the booths.

The Loop operated drug-testing booths in certain English music festivals last summer. According to the charity, the experiment was a bigly success: One in five ended up not taking the drugs they tested.

Critics of the idea argue the project is normalizing drug use, and English police could be breaking the law by allowing it.

Professor Neil McKeganey, the founder of the Centre for Substance Use Research at Glasgow University, told The Sunday Times:

“I am staggered this is being contemplated. The police are advocating a view which one would not unfairly describe as facilitating drug use. By implication the green light has been given by the authorities to consumption. It’s hard to see how this isn’t an absolute breach of our current drugs laws.”

Yet, drug deaths in England are currently at an all-time high and rising, at triple the levels from when the country began recordkeeping in 1993. Accidental poisoning from bad ingredients causes the overwhelming majority of those deaths.

According to The Sunday Times, the English National Police Chief’s Council would not endorse the program for national implementation, but said the service could be useful.

Next, learn how a Johns Hopkins’ study proves that the War On Drugs has been a disastrous failure, before checking out the most amazing discoveries made while on drugs.