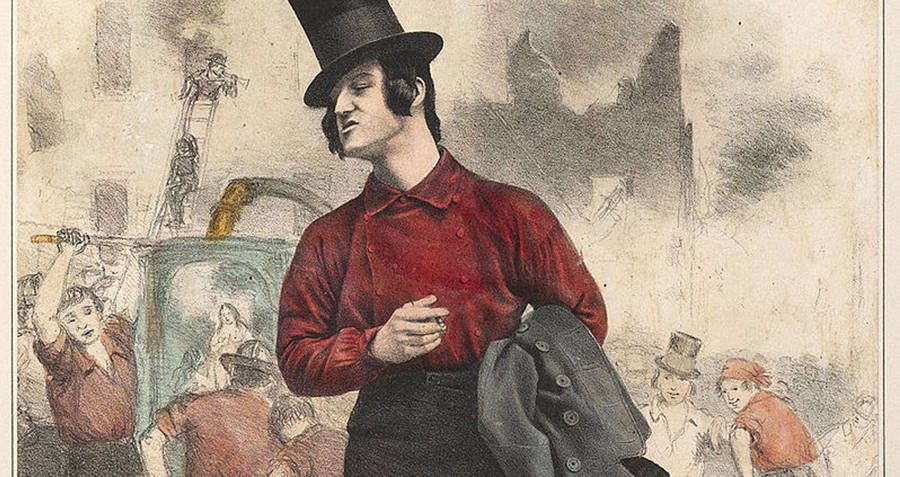 OVER THE YEARS THAT THEY RULED LOWER MANHATTAN, the Bowery Boys were many things. They were volunteer firemen and butchers, mechanics and tradesmen, upstanding citizens and members of one of the most infamous gangs in the history of New York City.

In the words of author Peter Adams in The Bowery Boys: Street Corner Radicals and the Politics of Rebellion, “It would be a mistake to identify the Bowery Boys as a specific group at a specific time… there were several gangs who referred to themselves as the Bowery Boys at various times under different leaders during the antebellum years.”

Though the Bowery Boys followed all walks of life during their 19th-century reign, perhaps the most important thing that they were was New Yorkers. Specifically, they were native New Yorkers born and raised. And as far as they were concerned, people who didn’t meet those criteria were not worth associating with.

They believed that only those raised in New York had a claim to New York or even a right to be there at all and they felt the same way about America as a whole. When immigrants started pouring into New York in the mid-19th century, the Bowery Boys were there to greet them.

Beyond being anti-immigrant, the gang was also anti-Catholic and from working-class backgrounds that left them relatively well-off compared to their immigrant counterparts. 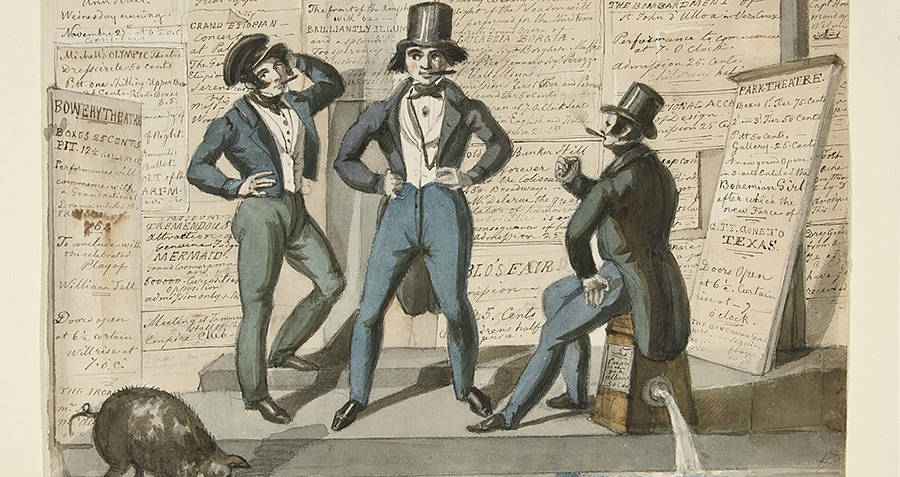 Wikimedia CommonsA rendering of Bowery Boys on the streets of New York.

Many of the Bowery Boys kept their working-class jobs while still engaging in gang activity. Some worked as firefighters — a fact that rival gangs regularly exploited. In fact, the gang’s most notable rival — the Dead Rabbits — would often set fires specifically to draw the Bowery Boys out in hopes that they would be able to catch them off guard.

This kind of fighting made legends of men like Bowery Boys founder William Poole a.k.a. “Bill the Butcher.” For most of his adult life, Poole worked by day at his family’s butcher shop. By night, he would brawl in the streets as he took on members of rival gangs in fights and generally wreaked havoc across the city.

Poole was also a strong opponent of the Dead Rabbits gang. Poole even had a personal vendetta against Dead Rabbits leader John Morrissey, who was also a noted boxer. The two often faced off either in the ring or at the betting table and for most of their lives refused to make peace.

Eventually, in 1855, gunmen allied with Morrissey shot Poole dead in a saloon and ended his reign over the New York underworld. According to The New York Times, Poole used his dying breaths to say, “I think I am a goner. If I die, I die a true American; and what grieves me most is, thinking that I’ve been murdered by a set of Irish – by Morrissey in particular.”

Though Poole died early on in the gang’s history, he remained one of the faces of the Bowery Boys for years to come. 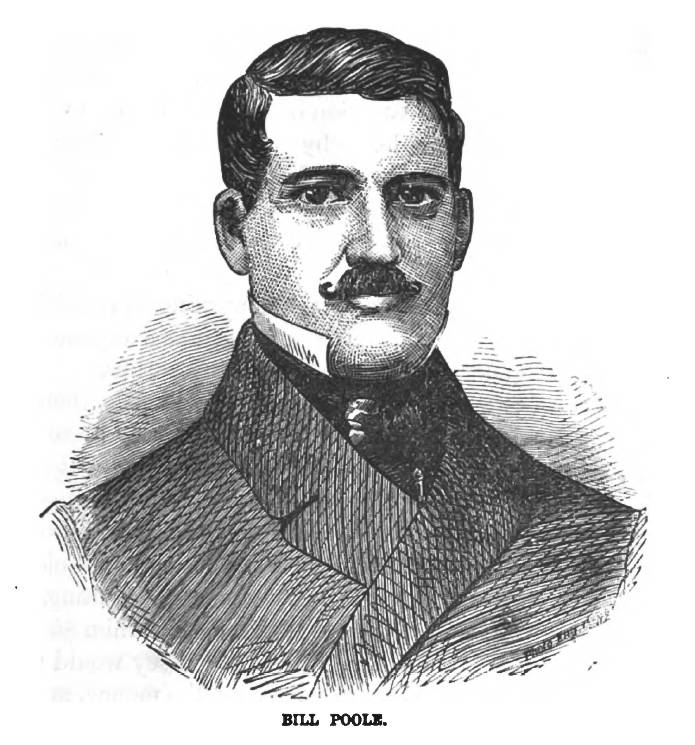 Alongside Poole, Mike Walsh was another one of the gang’s most recognizable faces. But Walsh didn’t immerse himself so fully in the underworld. He instead got into politics and was able to win seats in the New York State Assembly in the 1840s and the U.S. Congress in the 1850s. While in office, Walsh fought to help the New York slums from which the Bowery Boys emerged.

In keeping with the idea that the Bowery Boys and their ilk could be respectable members of society, Walsh opened a political clubhouse he called the “Spartan Association.” Consisting mostly of working-class laborers, the group was intended to make political leaders take notice of the hardships of the poor. It wasn’t long before Walsh was considered the “champion of the poor man’s rights.” 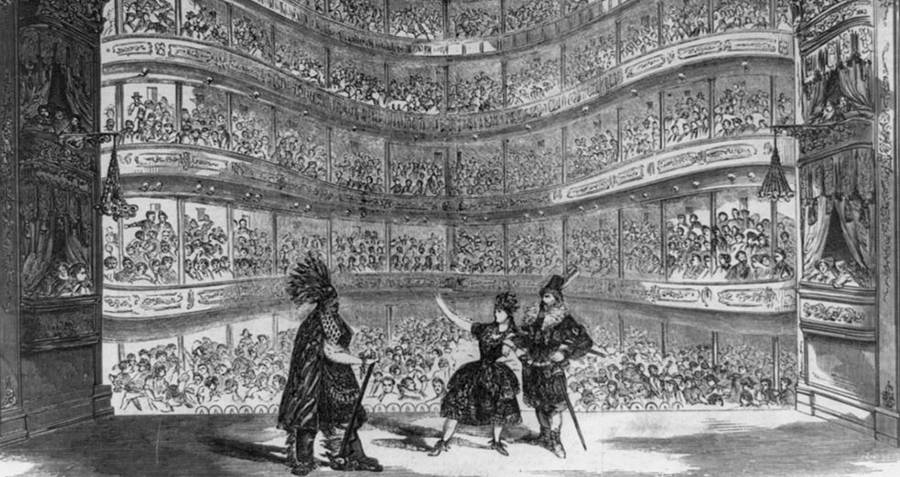 In addition to politics, the Bowery Boys also made a name for themselves in the world of theatre. The gang often attended performances together at the Bowery Theatre. Once they had become regular audience members, the actors and directors began putting on plays about the Bowery Boys, which delighted them to no end.

However, the culture of community-minded civility within the Bowery Boys ended quickly when Walsh died in 1859. As the poor man’s champion was gone, the gang was looking for a new leader who could follow in Walsh’s big footsteps.

And the Bowery Boys’ search for a new leader was all the more important with the looming prospect of the Civil War draft. In 1863, Congress was working on passing new laws intended to conscript large numbers of men to fight for the Union in the American Civil War. Many of the draft’s targets were among the poor and the immigrants like those living in New York’s slums. 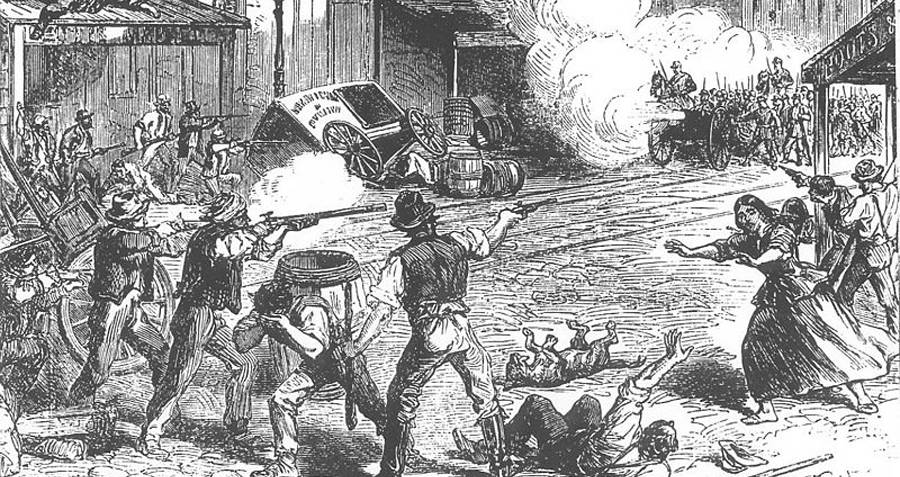 Wikimedia CommonsA rendering of the New York Draft Riots of 1863.

In other words, the draft targeted the Bowery Boys’ main rivals.

On July 13, 1863, a riot broke out in lower Manhattan as the draft went into effect.

As the Bowery Boys’ rivals were rioting against the draft, the gang decided to get in on the fight and take advantage of their rivals’ distraction. They stormed the Five Points neighborhood where so many of their rivals lived and began looting and pillaging shops and markets, fighting with locals, and tearing the slum apart.

The New York Draft Riots continued on for three chaotic days. The police were called in to stop the violence but only ended up getting drawn into it themselves. The bloody fighting ultimately constituted the deadliest rioting in American history.

The Bowery Boys had now left perhaps their biggest mark on history. But by the end of the 1860s, the gang had met their end and the Five Points neighborhood was torn down piece by piece. And though the Bowery Boys eventually disbanded, their legacy as one of the most infamous gangs of old New York lives on to this day.

Next, read more about the Dead Rabbits and the other real-life Gangs of New York that once ruled the Five Points.