The Dead Rabbits, The Bowery Boys, And The Great July 4th Riot

The Dead Rabbits feuded with the Bowery Boys for decades, ultimately coming to blows in one of New York City's worst riots. 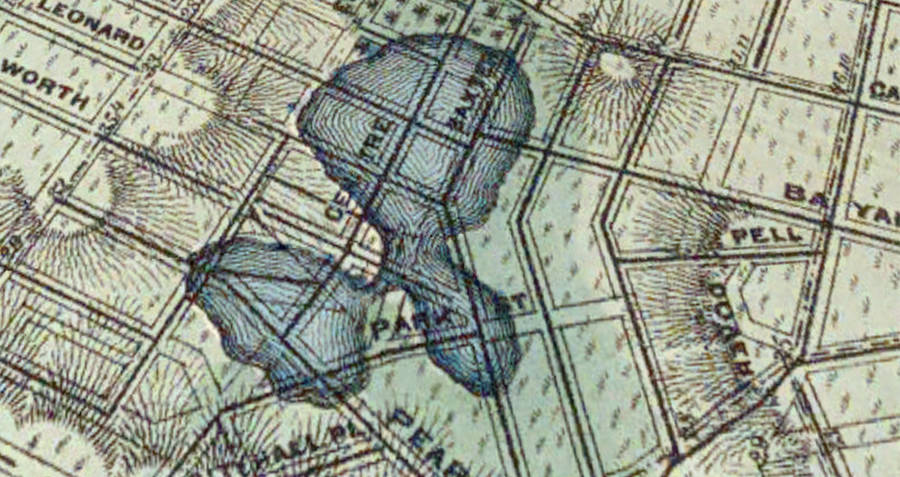 Wikimedia Commons A map of the Five Points district of Lower Manhattan.

“Mulberry Street… and Worth… Cross and Orange… and Little Water. Each of the Five Points is a finger. When I close my hand it becomes a fist. And, if I wish, I can turn it against you.”

When Bill the Butcher was explaining his hold on the Five Points area of Manhattan to Boss Tweed in Gangs of New York, he was doing much more than contributing a line to a movie. He was demonstrating the real-life attitudes of the Bowery Boys, a gang comprised of native, anti-immigrant New Yorkers, as they attempted to keep control of the city away from a growing Irish immigrant gang known as the Dead Rabbits.

Though its a highly fictionalized account, Martin Scorsese’s Gangs of New York gets more than a few things right when it details the unrest between the Bowery Boys – staunch supporters of the anti-immigrant political party – and the Dead Rabbits – the largest Irish-immigrant-run crime organization that Manhattan had ever seen.

After the Great Irish Famine, during which Ireland was stricken with a potato blight that killed over a million people, a million more people left Ireland. Most of them crossed the Atlantic and landed in Canada, as it was a British territory and couldn’t close its ports to Irish ships.

Some, however, chose to settle in America, free of British rule. Most of those immigrants ended up in cities, such as Boston, Philadelphia, and New York City.

While most cities were, if not all out welcoming, at least accommodating of their new residents, New York City was another story. The attitudes of the native New Yorkers toward the immigrants created tension, eventually resulting in the formation of gangs like the Bowery Boys and the Dead Rabbits, and culminating in one of the most infamous riots in New York’s history. 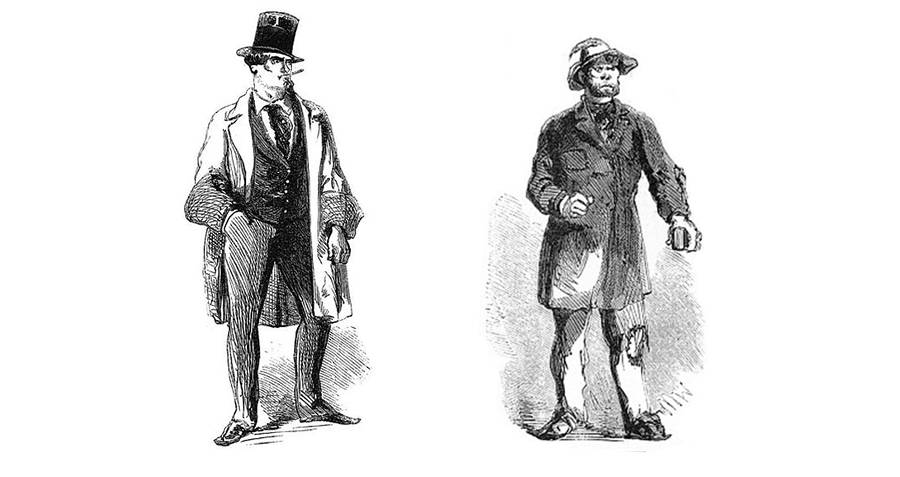 Wikimedia CommonsA Bowery Boy, on the left, and a Dead Rabbit, on the right.

The original Dead Rabbits gang (not to be confused with the ambiguous term that came to be used for all sorts of minor gang activity in the city) was a group of Irish Catholic immigrants. The name most likely stemmed either from a rumor that the gang used to carry around a pike upon which they would impale dead rabbits or a rumor that they would signal the beginning of a fight by tossing a dead rabbit into the middle of the ring.

The gang was lead in part by John Morrissey, an Irish-American boxer (who would, incidentally, go on to become a U.S. Congressman) who lead the gang in their most notorious battle against their number one rival – the Bowery Boys.

As native New Yorkers, the Bowery Boys were everything that the Dead Rabbits weren’t – they were anti-Catholic, anti-Irish (anti-immigrant, really) and mostly from well-off working class backgrounds. Founded by William Poole, the real-life Bill the Butcher, the gang was founded to stop the immigrants from taking over the neighborhood. 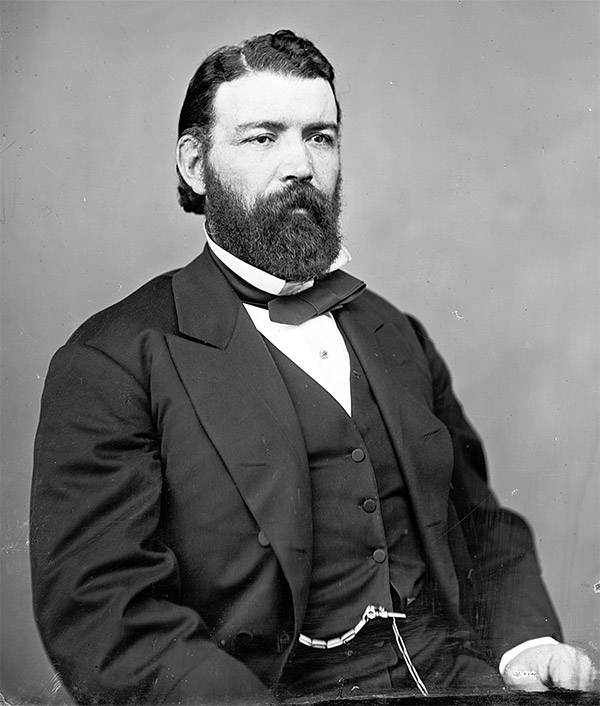 The Bowery Boys were made up almost exclusively of volunteer firemen, a fact that the Dead Rabbits would exploit during their many feuds, though some operated businesses on the side as well.

Though the Dead Rabbits and the Bowery Boys squabbled countless times over several decades, perhaps the most famous incident was over a piece of land in the Five Points district.

The district, so named for the five-pointed intersection on its southeastern-most corner, encircled a triangular plot that was known as “Paradise Square,” that would become the center of the conflict between the Bowery Boys and the Dead Rabbits. The district was a filthy tenement slum known to be one of the worst in America, and potentially the world. 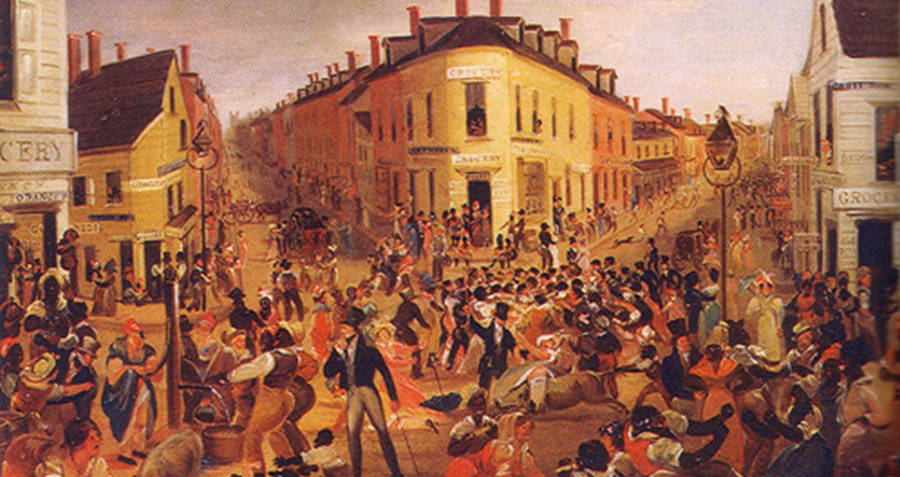 The disagreement culminated in a two-day disturbance known as the Dead Rabbits riot.

While the rest of the city, and the country for that matter, was celebrating Independence Day, the Dead Rabbits lead a group of gang members from the Five Points district into the Bowery. Their goal was to raid a clubhouse, occupied by the Bowery Boys. However, they ended up causing one of the largest disturbances New York City had ever seen after roughly 1,000 gang members joined in.

Eventually, the police got involved, though their goal of quieting the mess was crushed when the Metropolitan Police and the Municipal Police ended up choosing sides. Unable to reach a decision over who was correct, the two police forces ended up in a riot of their own.

For two days the Dead Rabbits fought the Bowery Boys, with countless members of other gangs joining in over the hours. Then, finally, at 9 p.m. on July 5, the New York State Militia arrived.

Marching down the streets carrying bayonets, they pushed their way through the riots. Whether their show of force or their willingness to club or impale anyone who got in their way was to blame, the rioters were eventually quieted, retreating from the streets and fleeing back to their hideouts.

Eight men were known to have been killed during the riots, with anywhere from 30 to 100 being injured. The exact number of deaths may never be known, as the Dead Rabbits and the Bowery Boys both were suspected to have dragged their respective injured away from the scene of the crime. 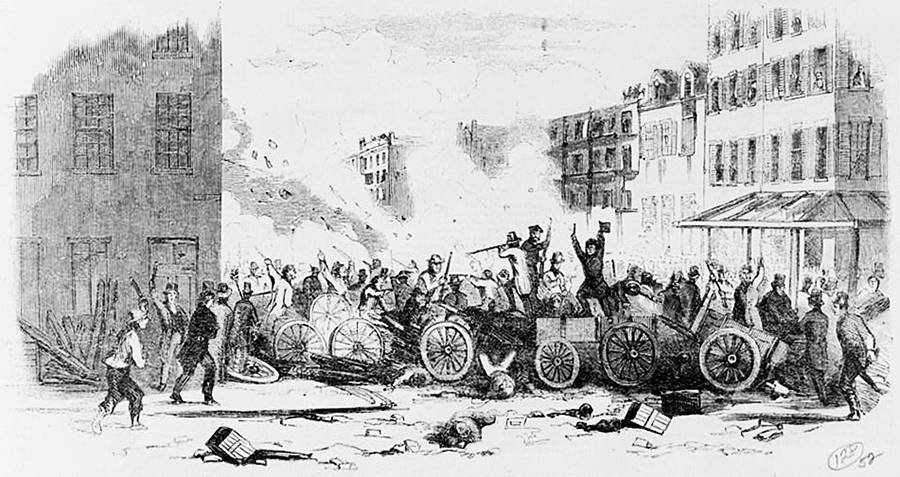 After the riot, the tensions between the residents of Five Points and those of the Bowery were noticeably looser. Though occasionally violence in the area was reported, for the most part, the gangs kept to themselves. It seemed that the riot had, in fact, at least partially achieved some of the Dead Rabbits’ goals – to keep the Bowery Boys out of their neighborhood, and to defeat the anti-Irish gang for good.

The best explanation for the Dead Rabbits’ presence to this day, circles back once again to Gangs of New York. In the opening scene, Priest Vallon sets the tone for the film, and yet again for the feelings of the masses, when he asks his son why the Dead Rabbits asked Saint Michael to watch over them.

The young boy’s answer does a better job of outlining their goals than any other, affirming their belief that the Bowery Boys were equal to demons, and that they believed it was their job to defend Paradise Square from them.

Because, he said, “he cast Satan out of Paradise.”

Next, read more about the Dead Rabbits, the Bowery Boys and the other Five Points gangs. Then, check out these photos of other turn of the century immigrant slums.