Scientists have been using stem cells to grow tiny human brains for years in order to study the organ's development. Now they've grown one with actual, functional eyes. 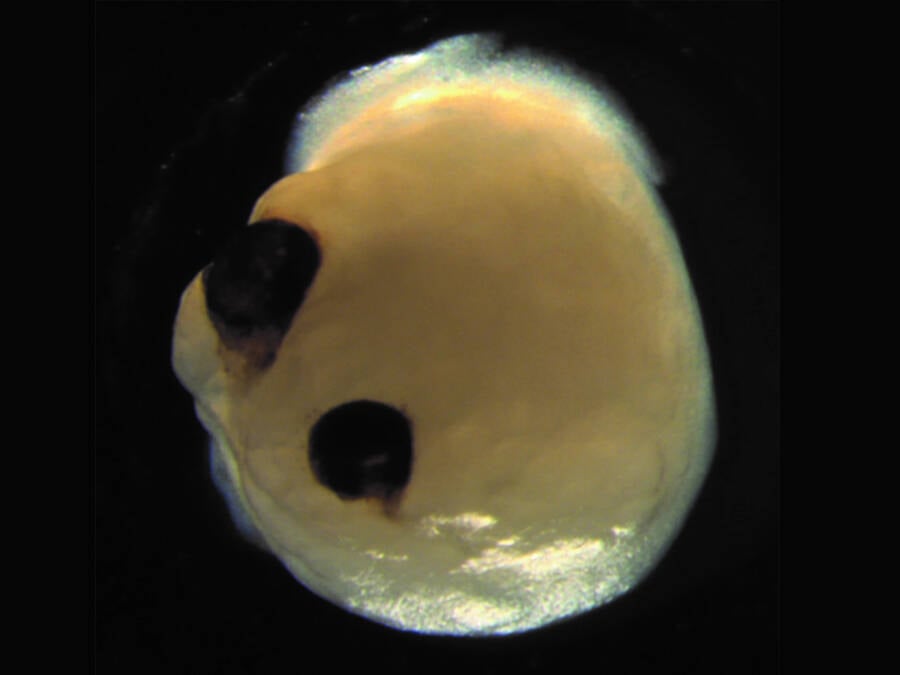 In a historic first, hundreds of brain organoids grown in Petri dishes from donated human stem cells have sprouted symmetrical pairs of eyes. These rudimentary structures can not only sense the light around them, but send those signals to the rest of the organoid. The impact of this breakthrough is mind-boggling, to say the least.

As published in the Cell Stem Cell journal, the study detailed just how consequential these results could be.

The process of making lab-grown brain organoids generate light-sensitive sensory structures that mirror our own was undertaken by researchers at University Hospital of Düsseldorf in Germany, according to New Atlas. 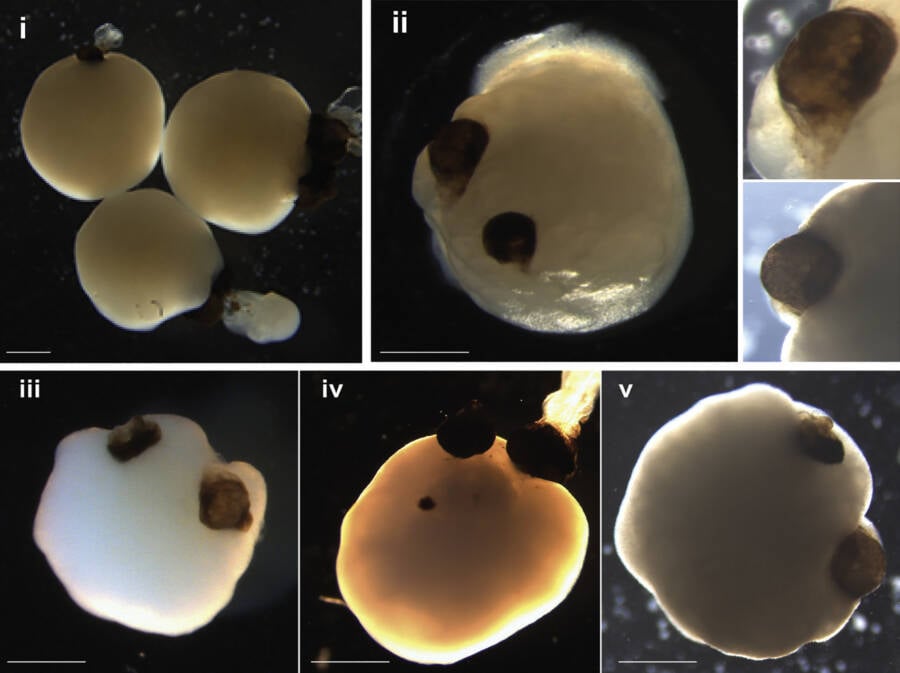 Recent years have seen experts make enormous strides in understanding the human brain. In a testament to how truly complex it is, however, our knowledge of how the brain functions remains dwarfed by compounding questions. As such, scientists began growing these organs themselves — to comprehensively study them.

In the past, scientists have generally used these peppercorn-sized blobs to research brain development, how drugs affect the organ, and the origins of various diseases.

Lab-grown brains are essentially made from donated human skin cells which are then reverse-engineered into stem cells and introduced to Petri dish-based cultures mimicking the environment of a developing brain. In this case, experts added optic cups to those brain organoids — and saw the samples sprout a pair of eyes.

The stem cells in the Petri dish culture visibly evolved into brain cells within 30 days and matured into tiny brains with rudimentary eye structures by the 50th day. While that accomplishment mirrored the development timeframe of eyes in the human embryo, the more astonishing result was that these eyes could actually see.

The research team used four voluntary and adult donors to create 314 brain organoids across 16 batches and found that a whopping 72 percent of them ultimately formed the optic cups. Remarkably, that yielded 226 brains with symmetrical eyeballs. All sprouted at the front, where our optic nerves meet our retinas.

These primitive pairs held a wide range of retinal cell types and formed neural networks that were able to communicate with the brain, just like ours. Gopalakrishnan added that our mammalian brains instruct nerve fibers in the retina to “connect with their brain targets,” and that this has never been studied in vitro before.

“Our work highlights the remarkable ability of brain organoids to generate primary sensory structures that are light sensitive and harbor cell types similar to those found in the body,” said Gopalakrishnan.

This particular feat may allow scientists to focus on nascent eye growth within the embryo and potentially improve eye-related diagnoses.

As for any concern regarding human consciousness being grown in the shadows, none of this rudimentary brain tissue has any thought or emotion — seeing as the organoids lack a prefrontal cortex. According to Science Alert, the primary goal is currently observing development without requiring a living person’s brain to do so. 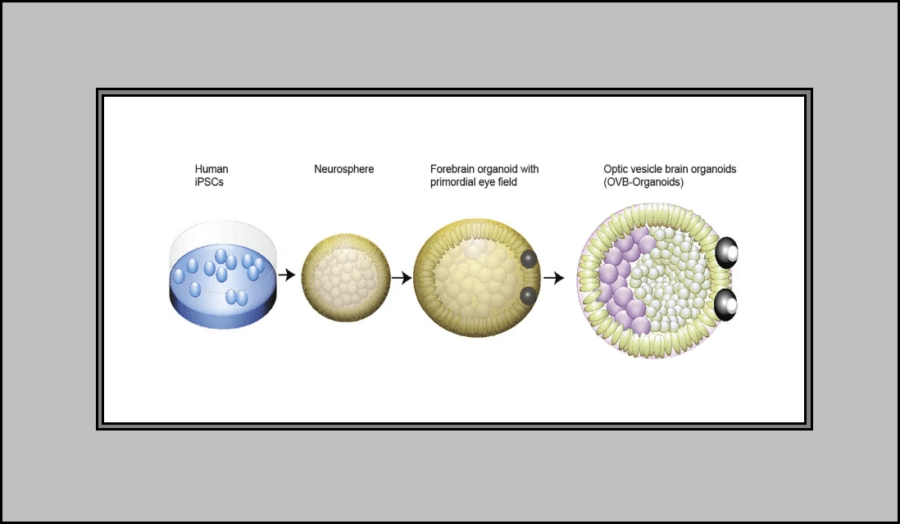 “Eye development is a complex process, and understanding it could allow underpinning the molecular basis of early retinal diseases,” the study read. “Thus, it is crucial to study optic vesicles that are the primordium of the eye whose proximal end is attached to the forebrain, essential for proper eye formation.”

As it stands, the researchers are focused on keeping these sensory structures intact in order to more clearly research their lifespan and development. Upon garnering an informed grip on that, it appears that finding therapies for eye transplantation, new solutions to retinal diseases, and personalizing drug testing is next.

After reading about the lab-grown mini brains that sprouted human eyes, learn about the human-animal hybrid grown in a lab. Then, read about the grieving pet owner who paid $35,000 to clone his cat.