Inside Branson Perry’s Disappearance And The Eerie Story Behind It

On April 11, 2001, 20-year-old Branson Perry vanished from outside his own home in Skidmore, Missouri. Two years after his disappearance, a sickening clue emerged. 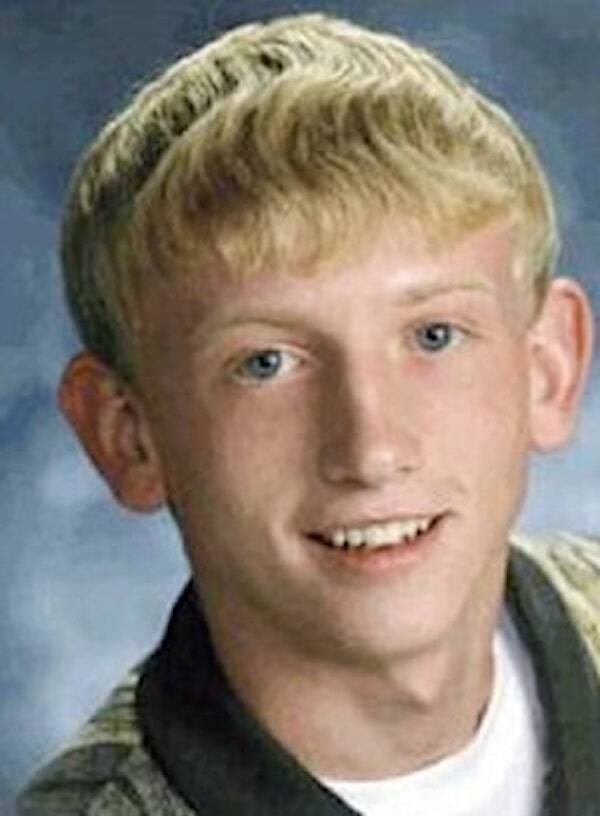 Wikimedia CommonsBranson Perry suffered from tachycardia, which made his heart race, but he also had a black belt in hapkido.

It was a day like any other when Branson Perry walked outside his home to return jumper cables to the shed on April 11, 2001. But then the 20-year-old vanished from his own yard — and he was never seen again.

Though Perry’s father was hospitalized at the time, two mechanics were working on the elder Perry’s car while a friend was helping Perry with some chores at the house. Despite all these witnesses, no one knew where the young Missouri man had gone.

Immediately suspecting foul play, police tracked down Perry’s newfound “drug acquaintances,” but their questioning led to nothing. Everyone who was given a lie detector test passed it, leaving authorities dumbfounded.

But in 2003, a potential break came when police identified a suspect: Jack Wayne Rogers. Initially arrested for separate crimes, Rogers was later discovered to have written some disturbing online posts detailing the rape, torture, and murder of a blonde, male hitchhiker that fit Perry’s description.

Nevertheless, Jack Wayne Rogers was never able to be charged and Branson Perry’s disappearance remains unsolved to this day. 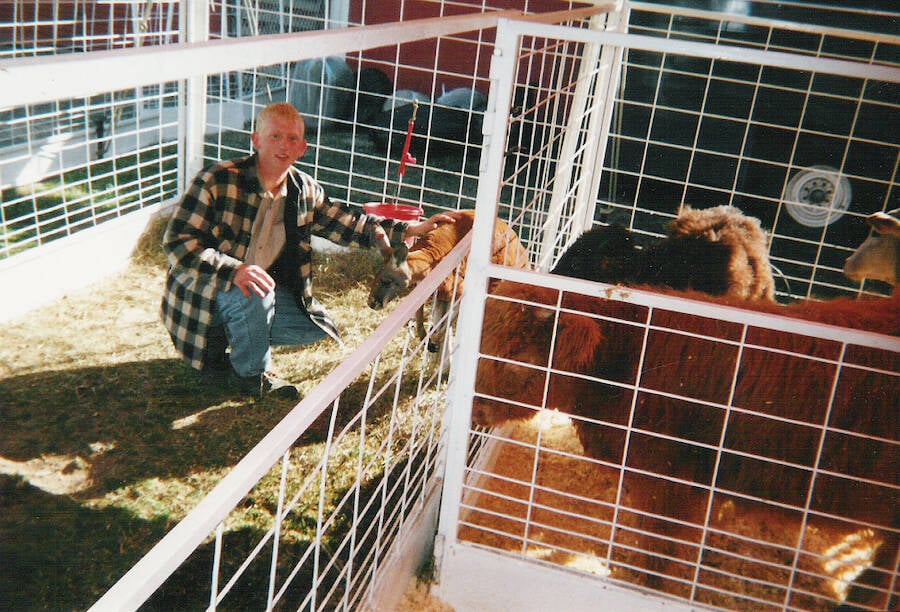 Public DomainPerry helped out at a traveling petting zoo in his spare time.

Born on Feb. 24, 1981, Branson Kayne Perry was raised in Missouri and graduated from Nodaway-Holt High School in 1999. After working as a roofer for some time, he lost his job and decided to help with a traveling petting zoo as he looked for another occupation.

Perry’s parents were divorced, and he lived with his father, Bob Perry, at 304 West Oak Street. Although Perry suffered from tachycardia, which made his heart race, he was quite active. He had a black belt in hapkido and enjoyed lifting weights.

All told, he lived a relatively uneventful life until that fateful day in 2001. 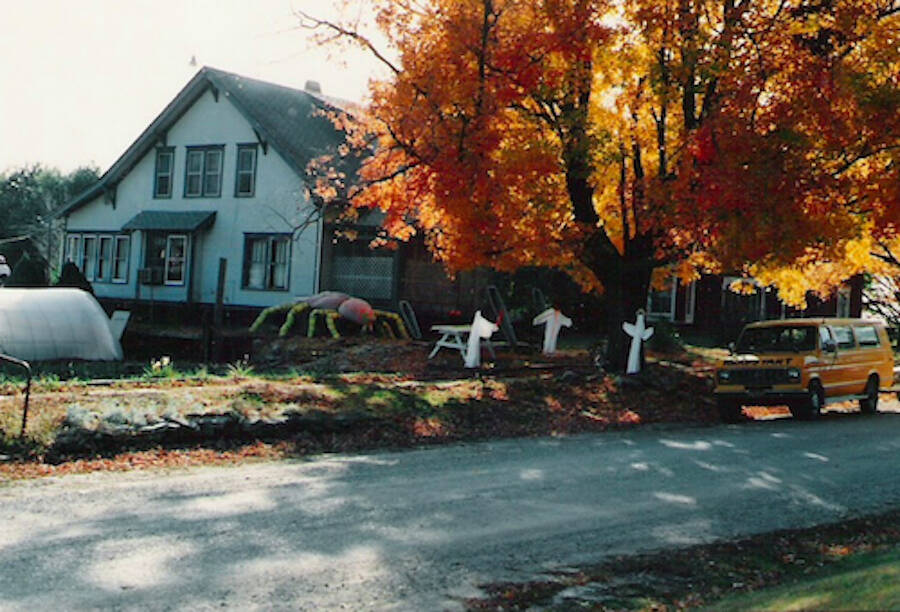 According to true-crime expert Diane Fanning, Perry responded by stripping naked and dancing around Biermann’s home. He then shaved off his pubic hair and “participated in sexual activity” with Biermann.

Sober and humiliated the next day, Perry explained the situation to his father — who was furious. Though he’d always suspected his son was gay, the elder Perry was reportedly enraged at Biermann for “drugging, then using” his son and even considered “teaching him a lesson.”

The Disappearance Of Branson Perry 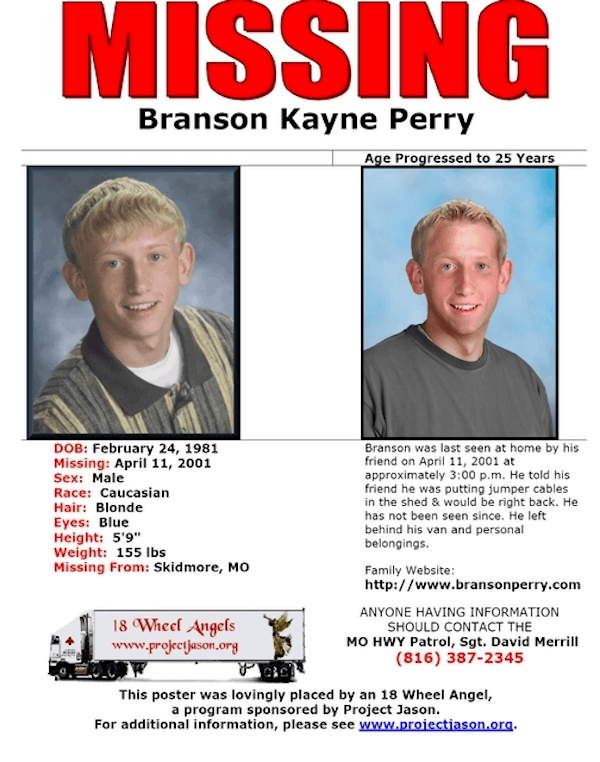 Public DomainNobody has seen or heard from Branson Perry since April 2001.

As Perry’s mother Rebecca “Becky” Klino recounted on her website, the circumstances of her son’s disappearance remain rather unclear.

What is known for certain is that Perry and his friend Jena Crawford (sometimes spelled Gena) were cleaning the house while his father, Bob Perry, was in the hospital. Meanwhile, two mechanics were outside replacing Bob Perry’s alternator.

Out of nowhere, Perry suddenly grabbed something from a cabinet and then went outside. Upon returning, he didn’t tell Crawford what it was that he grabbed or why he left.

Crawford took a shower after they finished cleaning, and then saw one of the mechanics rifling through a kitchen cabinet. When she asked what he was looking for, he told her that it was nothing and went back outside. Resting upstairs, Crawford looked outside the window at about 3 p.m.

She saw Perry leaving the house and called out to him, asking, “Branson, what are you doing?” Perry replied, “I’m going to put away the jumper cables, then run out for a bit. I’ll be back in a few minutes.” It was the last time anyone saw him.

Since Perry’s father would still be hospitalized for a few days, his grandmother Jo-Ann Stinnett dropped by on April 12 to see him. She asked Perry’s father if Branson had come to visit the night before, and he said that he hadn’t. Though it was somewhat alarming since Branson had visited him every night he was in the hospital, she initially shrugged off her worry.

But then she dropped by the Perry home, where she found the doors open and Branson gone. Now worried, she started asking around town, but no one had seen him. On April 16, 2001, she and his parents went to the police to file a missing person’s report.

Not only was it uncharacteristic of him to be out of touch for so long, but all of his personal belongings were left behind. Foul play was immediately suspected. 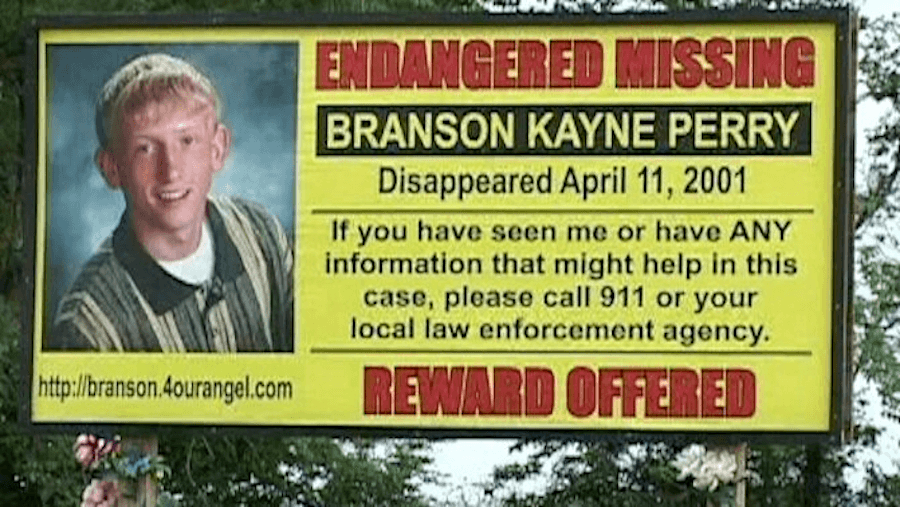 Public DomainBoth of Perry’s parents have died since their son’s disappearance.

Nodaway County Sheriff Ben Espey began searching for Perry by combing a 15-mile perimeter of Skidmore. Authorities questioned hundreds of people, including Perry’s “drug acquaintances” — but they all passed lie detector tests. No one seemed to know what happened to him.

But then in 2003, a promising suspect appeared in a rather gruesome way. It all started when a former Presbyterian minister and Boy Scouts leader named Jack Wayne Rogers was arrested for separate crimes that had nothing to do with Perry.

After attempting to perform sex reassignment surgery on a trans woman and failing to stop the bleeding, Jack Wayne Rogers was charged with first-degree assault and practicing medicine without a license. But when authorities searched his belongings, they discovered evidence of even more disturbing crimes on his computer.

Not only did they find child pornography, they also came across highly distressing online posts under usernames such as “BuggerButt.” These posts described the rape, torture, and murder of several men. In some cases, Rogers had even talked about cannibalizing severed genitals.

Perhaps most shocking was the post about murdering a blonde hitchhiker and burying him in the Ozarks. When questioned about this, Jack Wayne Rogers claimed the post was a work of fiction and denied ever meeting Perry.

But then police found a turtle claw necklace in Rogers’ car, which bore an uncanny resemblance to one of Perry’s necklaces. However, none of this sufficed as hard evidence.

Perry’s mother waited for answers regarding her son — but she was eventually convinced that Rogers was innocent of abducting him. “In my heart, I don’t believe this suspect is responsible,” she said.

An Ongoing Investigation And A Search For Closure 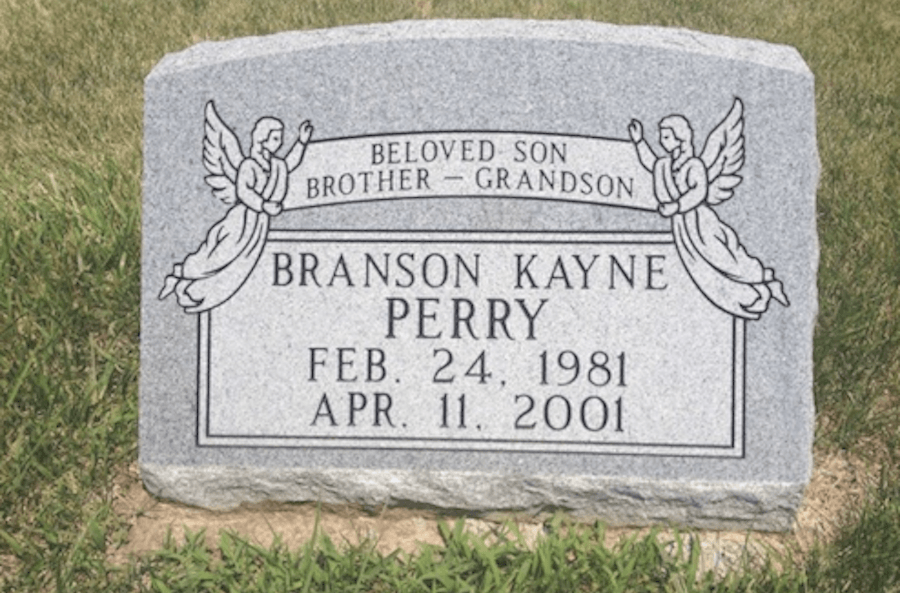 Tragically, the Perry family has dwindled in the last two decades. Perry’s father died in 2004, and his mother succumbed to melanoma in 2011. But in April 2019, Nodaway County Sheriff Randy Strong said that authorities won’t give up on solving the case — as justice and closure for the rest of Perry’s family are essential.

“You go back through and you review the reports and see if we’ve missed anything,” he said. “The individuals involved continue to be a threat to the community. Second, it’s the right thing to do. If it was a family member of mine or yours, you’d want us to work on it much as we could.”

He continued, “I think it was, he was with a group of individuals that he knew when he was murdered and it’s pretty simple as that. The sticking point on this I believe is that we are dealing with drug culture. They’re not willing to give much information and we don’t know where is the body is.”

Before Perry’s mother died, she reserved an empty plot next to her grave for her son, even as authorities continued to search for him. Strong said that he and his colleagues would meet with the prosecutor’s office the second they obtained enough evidence on a suspect.

“Just because she is not here doesn’t mean this train is not going to keep moving,” said Missouri State Highway Patrol Sergeant Roger Phillips. “It’s about getting to the truth.”