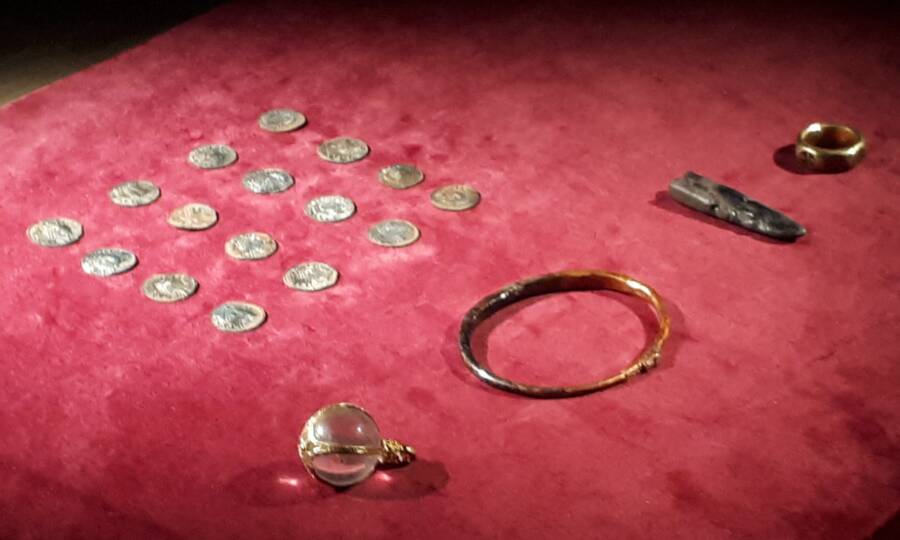 SWNSTwo metal detectorists who found $3.8 million worth of historical treasure are facing jail time for their indiscretion.

Two British metal detectorists who came across a 1,000-year-old treasure haul and failed to report their discovery to local authorities are facing jail time because of it.

According to The Guardian, it all started when George Powell and Layton Davies were hunting for treasure in the fields of Herefordshire. After probing the remote area, they came across an unimaginable haul: a treasure hoard dating back to 1,000 years ago.

Among the treasure they found was gold jewelry, including a chunky ring, a serpentine arm bracelet, and a small crystal ball pendant. They also found 300 silver coins and ingots made out of pure silver. Even before they could verify the haul’s worth, it was clear Powell and Davies had hit the jackpot.

But such findings are governed by a stringent procedure under British law. Metal detectorists who uncover treasure are legally required to report their findings to the local coroner within 14 days of the discovery. After that, a Finds Liaison Officer writes up a report about how and where the treasure was found, and the detectorist is issued a receipt.

Once an official report of the treasure has been filed, the coroner will hold an inquest over the treasure, where the detectorist along with the land owner and site occupier can ask questions regarding the haul. Finally, the Treasure Valuation Committee gets involved, too, to give an official estimation of the treasure’s worth.

The detectorist is entitled to a share of the findings only if their discovery is lawful, and even then it could take up to a year for the reward to be processed and paid. Maybe that’s why Powell and Davies decided to keep the valuable haul to themselves instead of reporting their discovery. 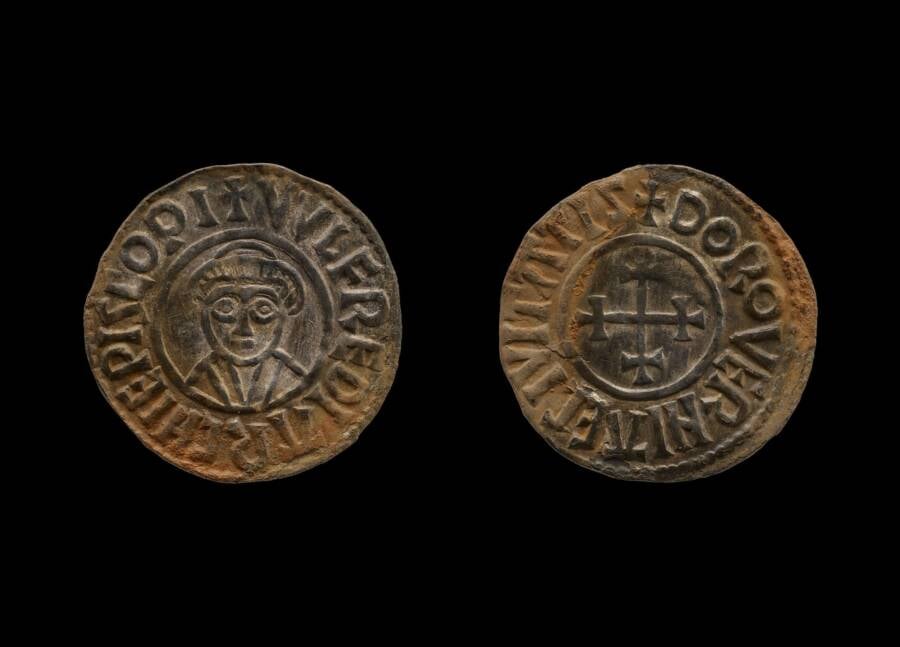 British Museum/PAOne of the 300 old coins that Powell and Davies unearthed.

After visiting multiple experts around town to get their own estimate of the treasure’s value, the treasure hunters found that the crystal ball pendant was the oldest item of the haul, dating back to the 5th or 6th century. The ring and arm bracelet were a bit younger, coming from the 9th century. But the most valuable items in their loot were actually the coins.

Among the coins were extremely rare “two emperor” coins depicting two Anglo-Saxon rulers: King Alfred of Wessex and Ceolwulf II of Mercia. The two emperor coins were unofficially valued at more than $128,000 per coin by one expert who was contacted by the detectorists. In total, the Herefordshire haul was worth an estimated $3.8 million.

The old coins are historically significant because they give us insight into the situation in Wessex and Mercia, and how they were ruled when England was evolving into a single united kingdom.

Evidence of both kings on the two emperor coins suggests they had formed a pact. But it seems the alliance didn’t last long since the coins are so rare, suggesting King Alfred — the more prominent of the two figures — reneged on the deal.

There’s also the location of the treasure to consider. The fact that they were found near Leominster suggests that part of the Viking army, who were believed to have used Ceolwulf II as a political puppet, was in the area after their defeat in Wiltshire in 878.

Combined with another Anglo-Saxon treasure haul found in the same area by different metal detectorists, these finds are more than just relics.

“The two hoards together are fundamentally changing our view of history,” said Gareth Williams, an Anglo-Saxon and Vikings specialist at the British Museum. “These coins are encouraging us to go back to the written sources and re-examine them.” 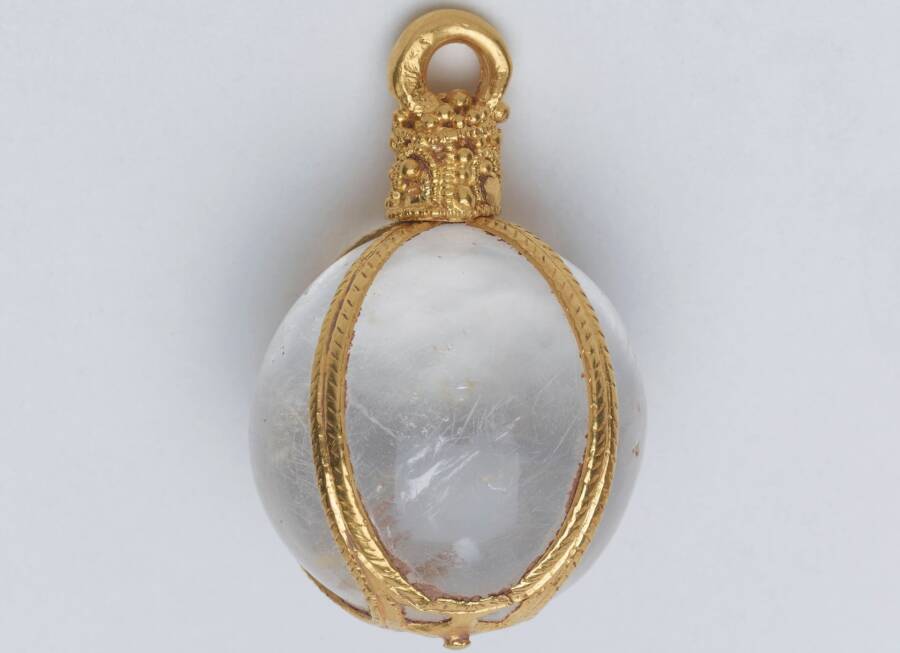 British Museum/PAThe crystal ball pendant, the oldest item in the treasure haul, dates back to the 5th or 6th century.

Soon after Powell’s and Davies’ discovery, word spread of their priceless haul. The treasure hunters received their first visit from local authorities about a month after their discovery, when Herefordshire Finds Liaison Officer Peter Reavill contacted Powell and Davies, and gently asked if they had anything to tell him.

Powell initially denied it but eventually gave up the gold jewelry and an ingot. However, the two denied finding anything else. When Paul Wells, the first expert Powell and Davies had visited to value their loot, showed inquiring police the five coins from the hoard that had been stitched into his magnifying glass case, the jig was finally up.

“I knew it would come to this,” Wells said as he was handcuffed. The two treasure hunters were both found guilty of theft and — along with Wells and another dealer who failed to report the haul to authorities — conspiracy to convert or conceal criminal property.

“These men would be rich by now if they had done things by the book,” said Williams. “They have chosen not to and in doing so have destroyed an important part of our history. It’s difficult to feel any sympathy for them at all; they have been greedy and selfish and the nation is the loser.”

Police are still looking for the rest of the treasure.

Next, read about 557 rare coins from the Black Death era that were dug up by amateur metal detectorists and check out the $2.4 million-worth of gold bars found inside a tank that was purchased on eBay.