$2.4 Million-Worth Of Gold Bars Found In Tank Purchased On eBay

Nick Mead got a real bargain on eBay. 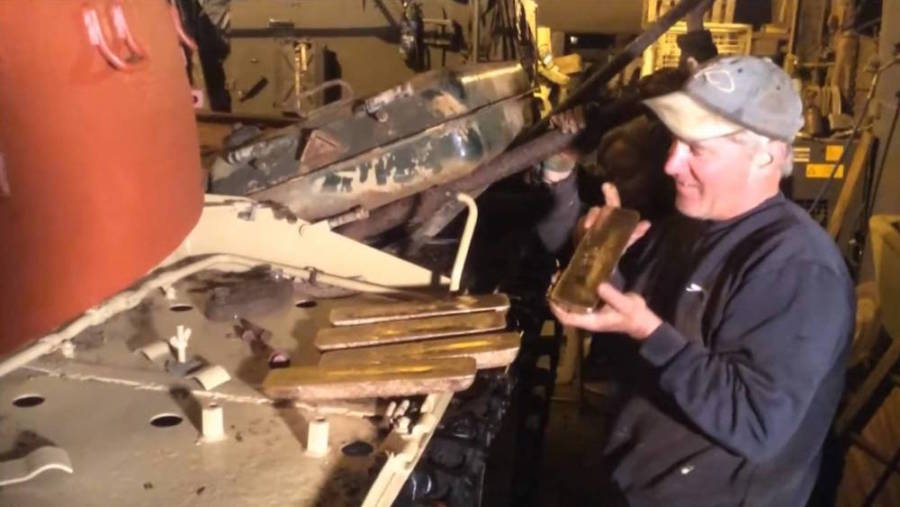 When Nick Mead purchased an ex-military tank on eBay, he probably thought he was getting a decent deal.

Little did he know, there were five gold bars worth $2.4 million hidden in the fuel tank.

Mead, a tank collector from the United Kingdom, owns a company that provides tanks and armored vehicles for driving classes, television and film props and, occasionally, epic parties.

He came to own the tank in question — an ex-Iraqi Army Type 69 — by trading an Abbot self-propelled howitzer and a British Army truck, valued together at $37,000, with the eBay seller.

When Mead and his mechanic found machine gun ammunition in the vehicle, they thought the accompanying firearms might be hidden in the fuel tank.

Not wanting to arouse police suspicion with an Iraqi gun collection, they decided to film the rest of their initial inspection.

But there were no guns in the fuel tank. Instead, they pulled out the gold bars, weighing about 12 pounds each:

The treasure, which they promptly handed over to authorities, is likely from Kuwait. Iraqi forces looted the country after their 1990 invasion and later returned 3,216 gold bars under UN supervision. 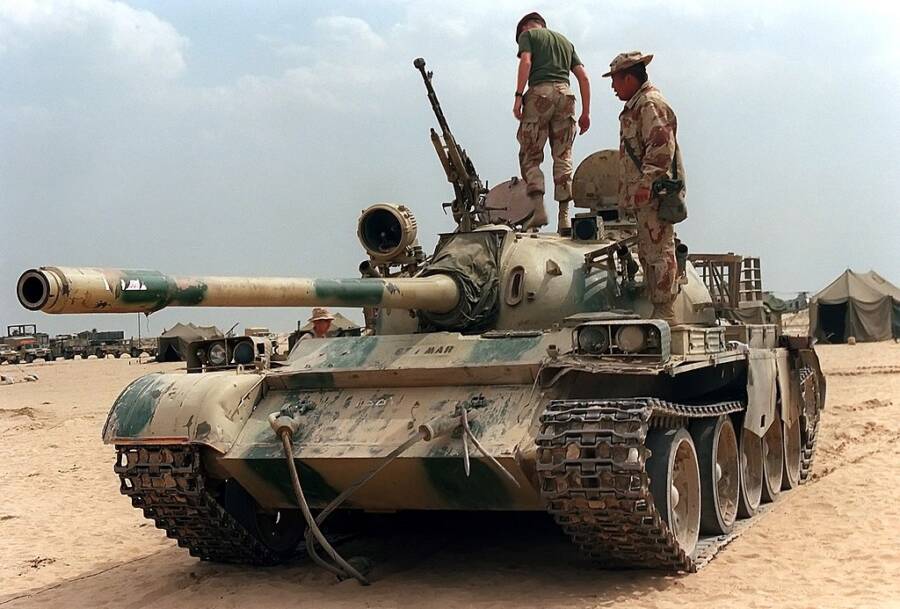 The tank itself is a medium-sized vehicle with a 100-millimeter main gun and a 12.7-millimeter machine gun. Designed in 1949, the model is fairly outdated but still used in many armies in developing countries.

Though most media outlets have reported the value at $2.4 million, Popular Mechanics suspects that number might be off. Their reporter estimates the gold is probably only worth $1.2 million.

Moral of the story? Always check the fuel tank before you sell your tanks.

Next, read about when ISIS accidentally uncovered an ancient Assyrian palace and then looted it. Then, check out the 220-pound gold coin recently stolen from a Berlin Museum.