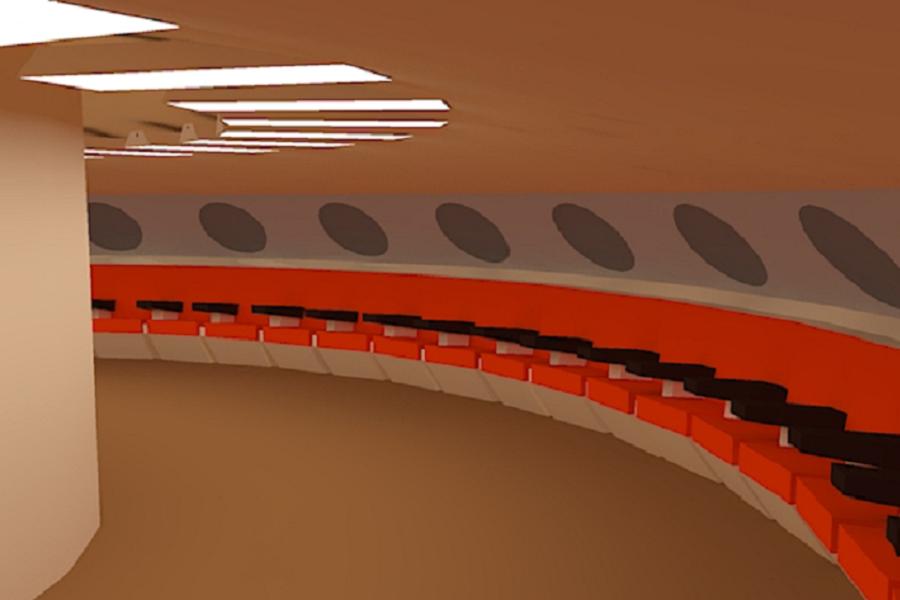 Because this was a British Rail project, the intended purpose of the flying saucer was to lift passengers, with cargo as an afterthought. The diagrams on file with the Patent Office show the craft configured to carry approximately 60 passengers, though the number of seats is not specified.

The upper compartment was circular, with a thick central column on the axis of the ship. Passengers were to sit with their backs to the walls like riders in a tilt-a-whirl and face inward. Round portholes ringed the compartment at about head height for a view of the inevitable space gremlins attacking the fuselage.

The deck of the passenger compartment may have been the single heaviest thing on the ship. Had the thing been built, the deck would have had to have been made from a solid slab of lead eight feet thick and weighing hundreds of tons. This was to prevent deadly ionizing radiation, such as all nuclear reactions generate, from penetrating the compartment and killing everyone aboard.

As thick as it was, even this slab wouldn’t have been enough, which the designer seems to have thought of; in addition to the physical shielding, the craft also used an exotic magnetic deflection system (which hadn’t been invented yet) to shunt some charged particles to the top of the saucer where, in theory, they would be safely vented in the same way solar particles are caught by the Earth’s magnetic field.

This means that once the ship powered up and erected its force field, the top of it would have glowed like the aurora borealis. This would have been hauntingly beautiful, except that anyone standing outside of the shield to see it would probably have been killed within minutes from the radiation poisoning.