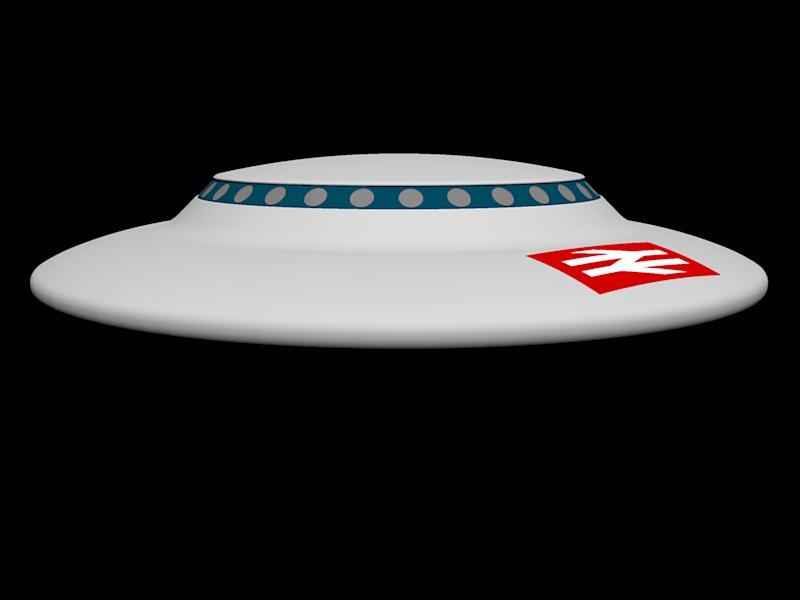 Not content with having invented two magical technologies, British Rail went on to invent a third: anti-gravity. It was anticipated that the acceleration and deceleration of the craft, as well as lateral stresses from maneuvers and the general weightlessness of free-fall, would take a heavy toll on passengers who, after all, were probably only trying to get from Basingstoke to Reading.

Modern — but still totally speculative — long-distance spacecraft designs try to address the gravity issue by applying a constant forward acceleration at 1g, which simulates Earthlike gravity inside the ship.

Halfway to the destination, the theoretical spaceship flips over and decelerates at the same rate to maintain the comfortable “gravity” on board. It’s not a perfect solution to the problems zero-g causes, but it’s simple and could theoretically be done right now if humans built the ship.

British Rail felt that that was too obvious a solution and instead described a wholly impractical artificial gravity generator that used impossibly high-energy electrons, whirling madly in elaborate overhead coils, to produce a graviton field.

What makes this unlikely to work is that gravity and electromagnetism are different forces; on some level of the universe they might be unified, but this is at the bleeding edge of extremely speculative particle physics – like, String Theory speculative. If it’s even possible to use what is basically electricity to produce gravity, the energy investment needed before the first perceptible effect is felt boggles the mind.

For context, the Large Hadron Collider at CERN, which is so powerful that some people thought it might end the world when it was switched on, runs at a maximum output of 13 TeV, or 13 trillion electron-volts. This is pretty impressive, and a huge underground facility had to be built at a cost of $1 billion a year to do it.

But to get down to the kind of fundamental particles British Rail was planning to fool with requires a collider running at 100 million million million billion electron-volts. A power plant that size would just barely fit inside the orbit of Neptune and probably add significantly to the ride’s ticket price.