The coffin also contained the remains of a man and a surprisingly well-preserved ceremonial ax. 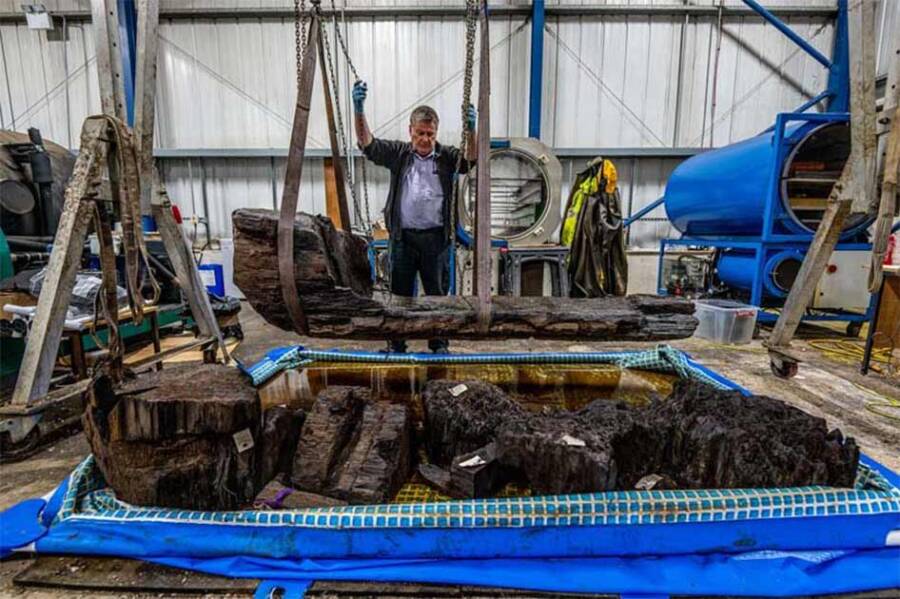 York Archaeological TrustTree trunk coffins like these are extraordinary rare as they deteriorate over time.

It’s unusual for archeologists to respond to an archeology emergency. But that’s exactly what happened in July 2018, when workers on a golf course in Tetney, England, unexpectedly came across a Bronze Age wooden coffin in a pond. The coffin contained an axe and a skeleton, which the archeologists worked swiftly to preserve.

“Luckily when the burial was found, myself and a team of staff and students from the Department of Archaeology at the University of Sheffield were working on a nearby research and training excavation,” explained archeologist Hugh Wilmott.

“This was a brilliant learning experience for our students to see what can be achieved at short notice and I’m so pleased we were able to help.”

The team of archeologists raced to the Tetney Golf Club, where they found the exposed and waterlogged coffin in pieces. Workers had found it 10-12 feet underground while excavating the earth and Willmott described what happened next as a “rescue-and-recovery operation.”

“Bronze Age log coffins are rare,” said Tim Allen, of Historic England, “and for them to survive after their discovery is even rarer. Once the wet wood was out of the ground there wasn’t long to react.”

One of the archeologists pulled an axe from the wreckage and put it in a bag with groundwater to keep it from deteriorating in the heat. And the rest of the find — coffin, body, and all — was swept away to cold storage. 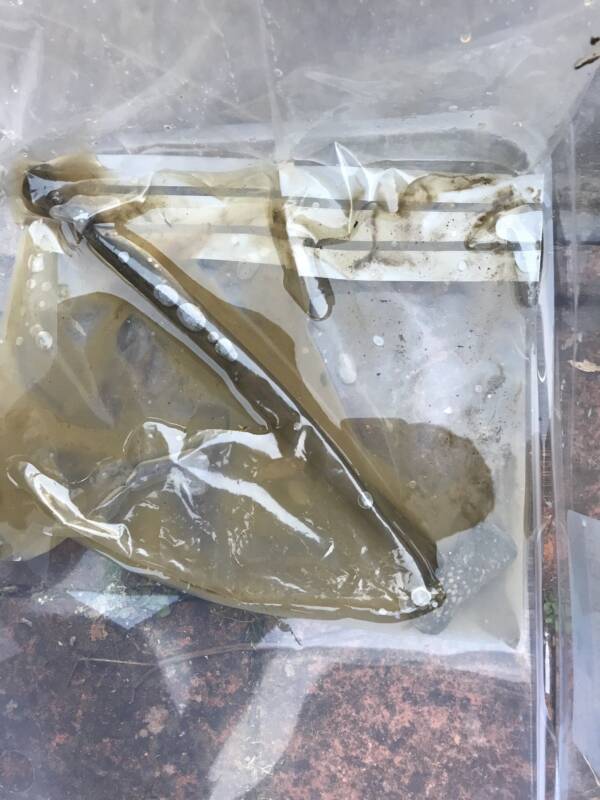 Adam Daubney/TwitterOne of the archeologists put the axe in groundwater to keep it cool.

At that point, everyone involved — including the owner of the golf club — agreed to remain silent on the matter until archeologists could take a closer look. According to Wilmott, the owner was especially content to keep things under wraps, as he was worried it might impact his business.

For three years, Willmott and other archeologists from the University of Sheffield closely examined the coffin, the body, and the axe. And in September 2021, they announced what they had found to the public.

The coffin, explained the University of Sheffield in a statement, is three meters long and one meter wide.

“It was made from hollowing out a tree trunk, and plants were used to cushion the body,” the statement said. “Then a gravel mound was raised over the grave; practices that were only afforded to people with a high status within Bronze Age society.”

The man buried in the coffin appeared to be “quite tall” for the era. Archeologists suspect that he died in his 30s or 40s, but was very strong in life.

“He would have looked like he went to the gym,” said Willmott, noting that his bones showed signs of osteoarthritis, likely from heavy work.

But of everything found on that hot July day, archeologists are most excited about the axe, which the University of Sheffield called “perfectly preserved.” Willmott said on Twitter that it was one of a “handful to survive” in Britain. 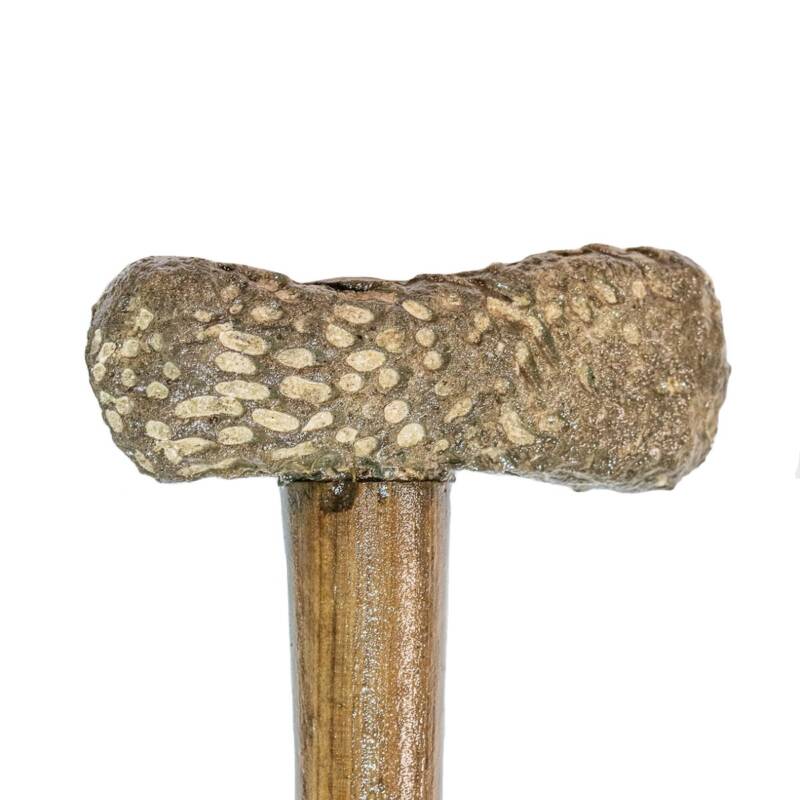 High Willmott/TwitterArcheologists raved that the axe, which was likely ceremonial, was “perfectly preserved.”

All in all, they believe that the man was an important part of his community, whose method of burial and the inclusion of the axe in his coffin suggests a “symbol of authority.”

But whereas the axe and the coffin itself are set to go on display, the man will remain in “curated care.”

“The man buried at Tetney lived in a very different world to ours,” noted Allen, “but like ours, it was a changing environment — rising sea levels and coastal flooding ultimately covered his grave and burial mound in a deep layer of silt that aided its preservation.”

As for the golf course itself? The owner has changed his tune since the news of the Bronze Age coffin in his pond went public. He now has a photo of the axe proudly displayed on the wall.

“It’s amazing how well preserved the axe is with its handle still there like it was made yesterday,” the owner, Mark Casswell, said.

“It’s certainly something to think about while you’re playing your way round the course.”