The discovery redefines the city of Lucerne's history and suggests that the area was settled 2,000 years earlier than previously assumed. 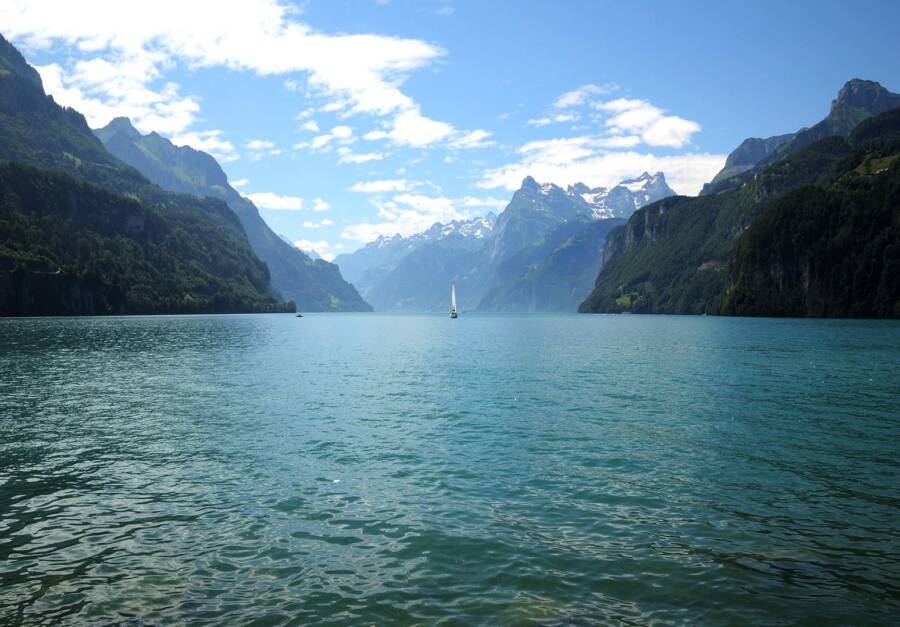 For centuries, sprawling Lake Lucerne in Switzerland concealed a secret. Beneath a layer of mud and 13 feet of sparkling blue water, a sunken Bronze Age village lay quietly forgotten — until now.

The village, discovered by underwater archeologists assisting with the installation of a pipeline, completely rewrites Lucerne’s history. It suggests that the region was settled much earlier than previously thought.

“These new finds from the Lucerne lake basin confirm that people settled here as early as 3,000 years ago,” a spokesperson for the canton of Lucerne said in a statement.

“With this evidence, the city of Lucerne suddenly becomes around 2,000 years older than has been previously proven.”

Underwater archeologists came upon the village by accident. The divers, from the Office for Urban Development of the City of Zurich, were dredging the lake in preparation for a new pipeline. As they plunged deep beneath the peacefully lapping waves, they came across something unexpected in Lucerne’s depths.

There, crusted with mud at the bottom of the lake, were numerous wooden piles — hints of a previous human settlement.

Upon further investigation, the underwater archeologists found 30 stilts that once supported houses, as well as numerous shards of pottery.

The samples of timber and pottery were sent off to be examined — and revealed something astonishing.

The sunken village in Lake Lucerne dated from around 1000 B.C. or the late Bronze Ages. That completely changed the historical timeline of the city, which had previously suggested a much later settlement. 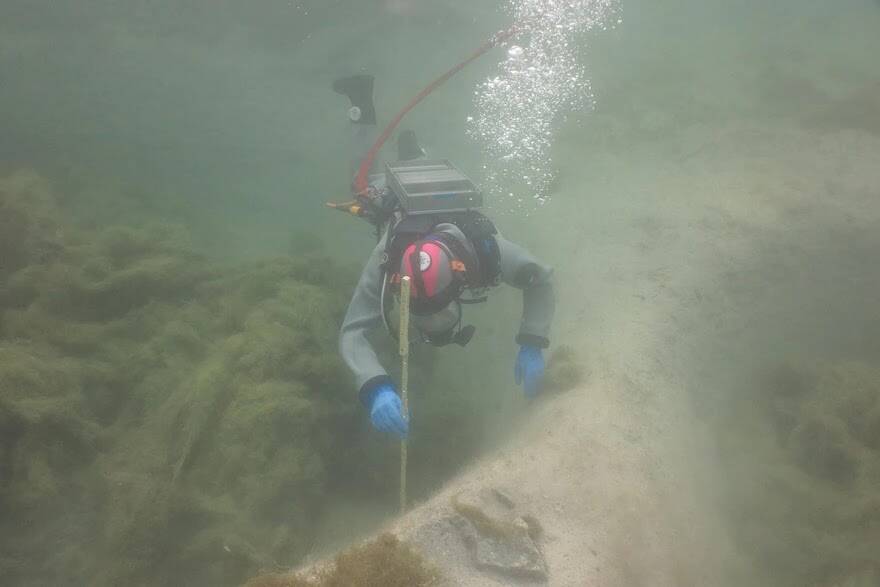 Previously, the ancient history of Lucerne was shrouded in mystery. The city itself was founded some 800 years ago. However, a handful of archeological finds hint at a more ancient past. Past discoveries in Old Town Lucerne date back to the 10th century. The former St. Leodegar monastery is referenced in ancient sources that date back to the 8th century.

But historians in Lucerne weren’t sure what came before that. They knew that Lucerne didn’t appear “out of nothing” in the early Middle Ages — but lacked concrete proof of older settlements to fill in the blanks.

“This [discovery] finally confirms the thesis that the Lucerne lake basin used to be a suitable settlement area,” continued the canton of Lucerne’s statement, which called the discovery a “groundbreaking insight into the early history of the city of Lucerne.” 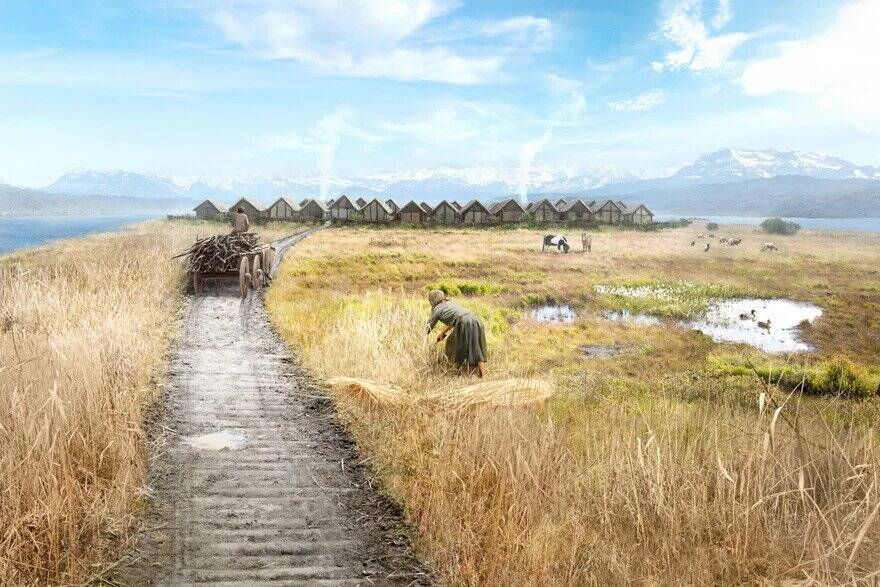 So, how did a settlement become sunken in the first place?

The answer lies in the life of Lake Lucerne itself. The lake spirals out from the center of Switzerland, catching along the edges of numerous cantons, including Lucerne. Its waters cover some 43 square miles. At places, the lake can reach depths of nearly 1500 feet.

Until the 15th century, the water levels of the lake were much lower. However, as time marched on, the water slowly began to rise. In part, this was due to natural occurrences like storms, which blocked the lake’s outflow. But human development also played a role. The construction of a dam to power mills contributed to the water rise, as did the development of medieval towns nearby. 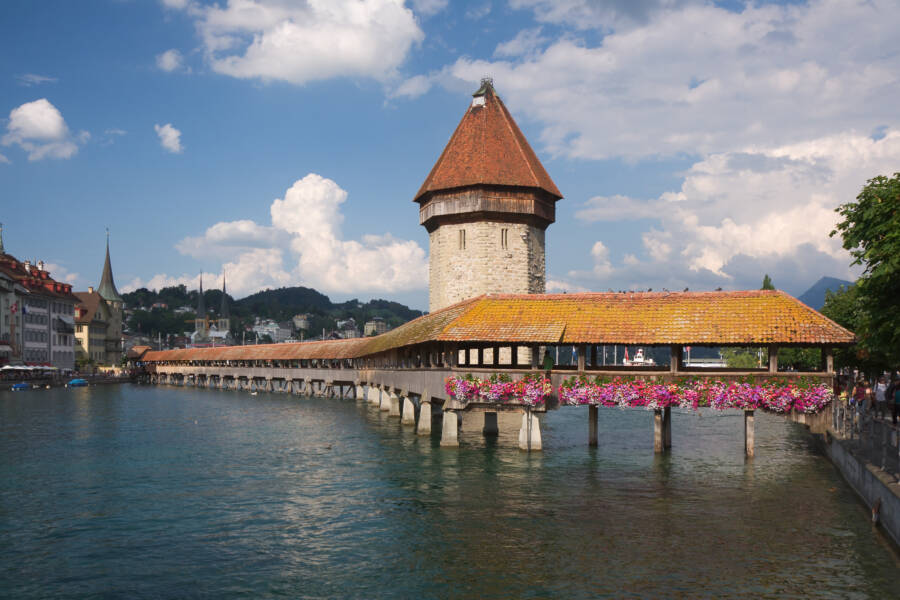 Wikimedia CommonsModern day Lucerne continues to hug the coast of the lake.

The discovery of the sunken village in Lake Lucerne is exciting for another reason. This year, 2021, marks the 10th anniversary of the recognition of prehistoric lakeside pile dwellings in Alpine countries by UNESCO. These 111 sites — 56 of which are in Switzerland — have been given UNESCO World Heritage Site status.

Lakeside dwellings like these hold a key to understanding the lives of early humans.

“The settlements are a unique group of exceptionally well-preserved and culturally rich archaeological sites,” UNESCO states on their website, “which constitute one of the most important sources for the study of early agrarian societies in the region.”

The discovery of a sunken village at Lake Lucerne promises to fill in some blanks about the city’s history. And they suggest that bodies of water around the world could likewise be hoarding secrets of their own.

After reading about the sunken Bronze Age village discovered in Lake Lucerne, read about these six sunken cities around the world. Or, see why the discovery of the ancient settlement at Heiltsuk in Canada might change the history of North America.