Meet Mauro Morandi, The ‘Italian Robinson Crusoe’ Who Lived Alone On A Deserted Island For 32 Years

The former gym teacher shipwrecked on the uninhabited Sardinian island while attempting to sail to Polynesia in 1989 — and decided to stay. But now, the 81-year-old is being forced to leave. 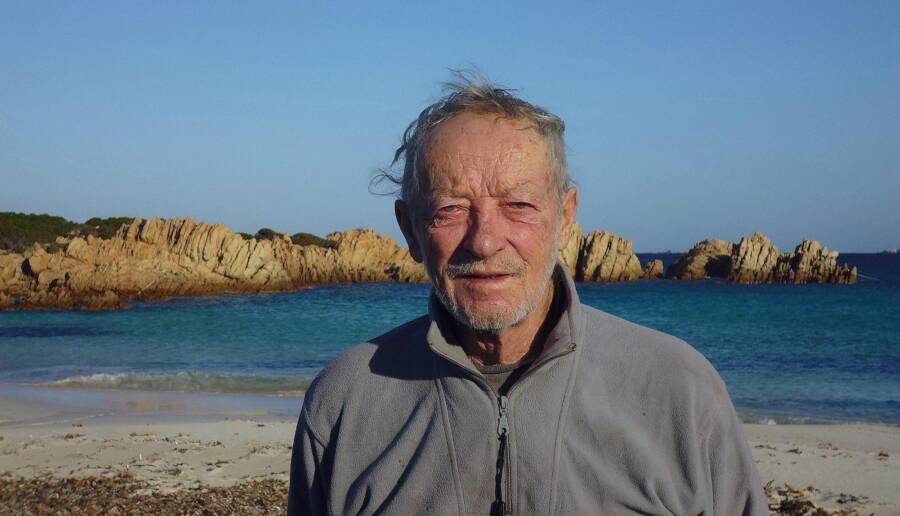 Mauro Morandi led a comfortable life as a gym teacher in Modena, Italy, before his sense of adventure took him to sea in 1989. But when his expedition failed and he landed on the remote Isle of Budelli off the coast of Sardinia, he decided to become the deserted island’s caretaker — and has voluntarily lived alone there ever since.

Now, however, the 81-year-old hermit has been evicted from the island as officials plan on turning the area into an environmental observatory.

Ever since his fateful landing on the Isle, Mauro Morandi has been dubbed “Italy’s Robinson Crusoe,” although he’s less of a castaway than a purposeful recluse. Tragically, it seems Morandi’s solo journey is coming to a close.

“I have given up the fight,” he said in a Facebook post. “After 32 years here, I feel very sad to leave. They told me they need to do work on my house and this time it seems to be for real.”

Before he decided to introduce some adventure into his life, Mauro Morandi was living in Modena in central Italy, where he spent his days as a physical education teacher. He was 49 years old when he quit his job and left for a solo sailing trip of the South Pacific.

But Morandi hadn’t even left the Mediterranean when the engine of his catamaran failed. He headed for the nearby Isle of Budelli, a pristine 0.62-square-mile stretch of land inhabited only by wildlife and a lonely caretaker who greeted Morandi when his catamaran washed ashore.

A little while later, the two exchanged duties, and Morandi moved into the former caretaker’s quarters, which was a former World War II shelter. 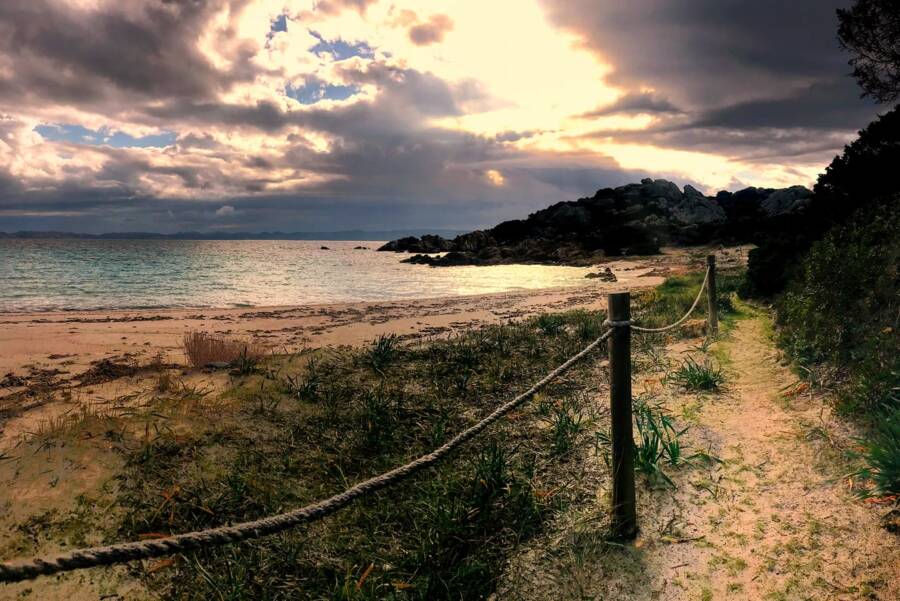 FacebookMorandi has warded off trespassers, thrown away garbage, and protected the endangered pink corals of Budelli for decades.

As the years passed, Morandi felt an increasing responsibility for the pink atoll. As he chronicled his allegiance to the land and dutiful work in 2020:

“Just the other day I chased away two tourists who were trespassing on the off-limits pink beach. I clean the rubbish off the sand and stop intruders from coming here to do mayhem at night. Truth is, I’m the only one who has so far taken care of Budelli, doing the surveillance task that the park authorities should do.”

However, in 2015, the isle was absorbed by the La Maddalena National Park of Sardinia. With the island now under public ownership, Morandi’s role had become defunct.

Evicted By A National Park

La Maddalena National Park currently plans to turn the island into a center for environmental observatory and education. Though Morandi negotiated with park officials to stay, authorities insisted that he had no legal right to be there.

“All I ask is, if I must be sent away during the renovation works,” Morandi said, “that I can come back after and keep doing what I do each day: guard the endangered pink coral beach, keep tourists at bay, protect the nature. I fear that if I’m gone, it will be the end of Budelli too.” 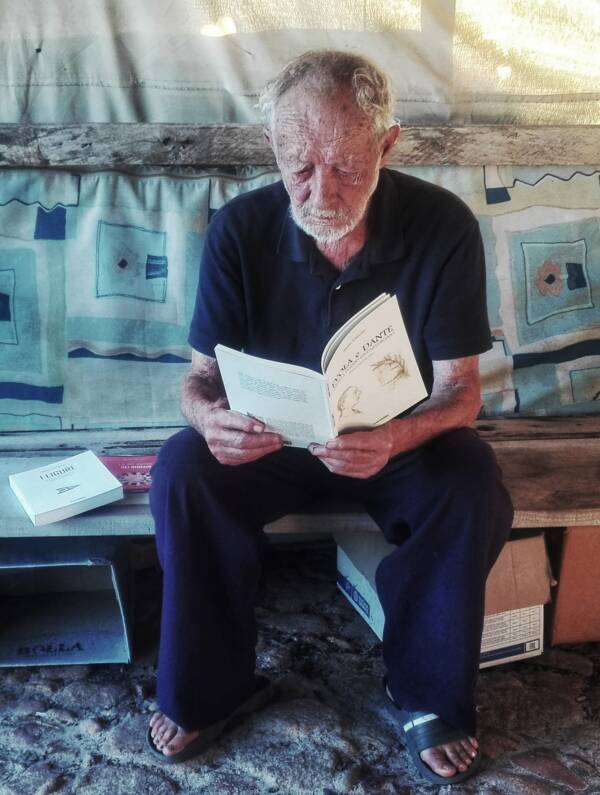 FacebookMauro Morandi reading in his home on the Isle of Budelli.

But as La Maddalena Park president Fabrizio Fonnesu claimed, Morandi’s role as caretaker under this new ownership means nothing. “Nobody wants to chase him away,” Fonnesu said, “but what title does he have to stay since the island is no longer private?”

Officials added that Morandi altered the historic World War II station he’s called home without the required permits. Thus, in 2020, local authorities reportedly had no choice but to “intervene against all illegal constructions inside the park,” which included Morandi’s humble hut.

Yet, as the battle to evict Morandi grew, so did a heartening show of support for him. An online petition was launched that urged officials to let him stay, and it amassed more than 72,000 signatures.

“I’m ready to do all I can to stay here, even that means they’ll have to drag me away,” Morandi said in 2020. “I wouldn’t know where else to go live, certainly not back home in the north, nor what to do — this is my life. I just don’t see myself playing cards or bowls.” 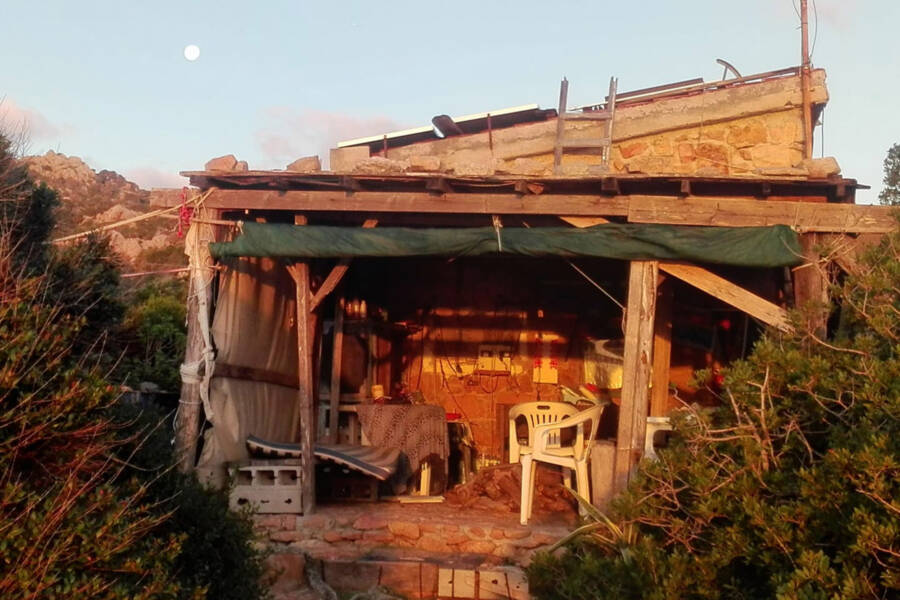 FacebookThe humble shack Morandi has lived in for 32 years.

Unfortunately, things have come to an irreconcilable head since then. Fonnesu and his officials have made it clear to Morandi that his time on the island is up.

And so, after caring for the picturesque island he called home, Morandi has officially announced his departure in a Facebook post. Fortunately, he isn’t going too far, as he has decided to stay on the nearby island of La Maddalena. Hopefully, his new neighbors will care for him as he once did Budelli.

“I’ll be living on the outskirts of the main town… My life won’t change too much. I’ll still see the sea,” he said optimistically.

He concluded, “I will leave hoping that in the future Budelli will be protected as I have protected it for 32 years.”

After reading about Mauro Morandi, learn about Agafya Lykova, “the world’s loneliest woman.” Then, read about Hiroo Onoda, the soldier who kept fighting World War II for 29 years after it ended.