Beware The Deadly Nightshade — The Beautiful Plant That Can Kill You

Ingesting just two to four berries from Atropa belladonna can kill a child. Ten to 20 berries can kill an adult.

Meet Atropa belladonna, more popularly known as deadly nightshade. The plant looks harmless enough, as its leaves are green and it grows up to 4 feet high. The nightshade’s blackberries have a waxy sheen and those reddish-brown flowers have pretty bell shapes. Deadly nightshade belongs in the Garden of Eden on appearances alone.

Ruminant animals, ones with more than one stomach and who graze a lot, consume this plant like crazy. Horses, cattle, sheep and goats munch on the deadly nightshade without a problem. Rabbits can also handle this visually beautiful plant. 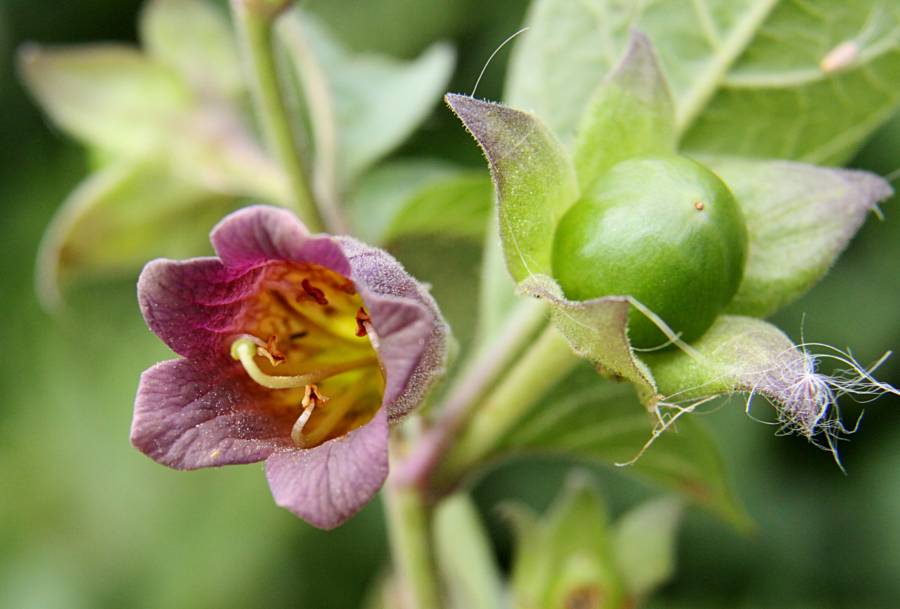 Wikimedia CommonsLook at the pretty flower on this deadly nightshade. Just don’t eat the berries.

However, the plant’s beauty is only skin deep. Inside the deadly nightshade plant lurks two killers ready to strike at any moment. 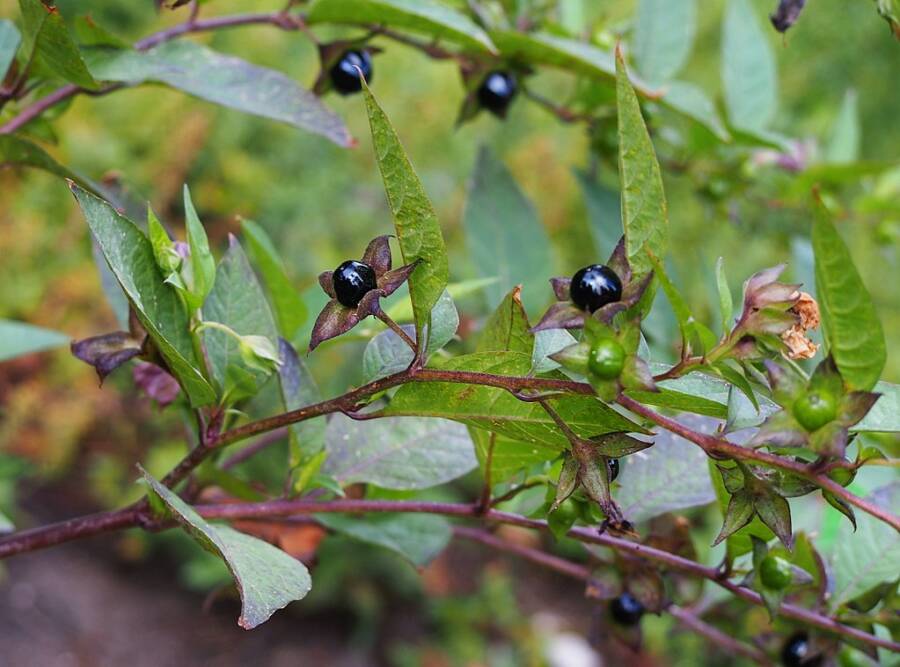 The deadly nightshade lives up to its reputation once humans eat it. Ingesting just two to four berries can kill a human child. Ten to twenty berries can kill an adult. Even chewing on just one leaf can lead to a dirt nap.

Don’t let your pets around deadly nightshade, either. Cats and dogs can die from eating it.

Two toxins cause all of the trouble in the plant. The alkaloids called atropine (or hyoscyamine) and scopolamine or solanine have similar effects. Surgeons use atropine to regulate your heartbeat during an operation. It also keeps muscles paralyzed and prevents excess salivation. Solanine combats drug addiction by having a nasty flavor in certain addictive medications. It also helps with motion sickness.

Obviously, the medicinal properties of these powerful substances are much more diluted when used on humans.

Atropine’s name comes from Atropos, one of the three Greek fates. Legend has it Atropos literally has your life in her hands, as she snips the final thread of your life’s tapestry, and then you die. Atropine is appropriately named for its killer results. 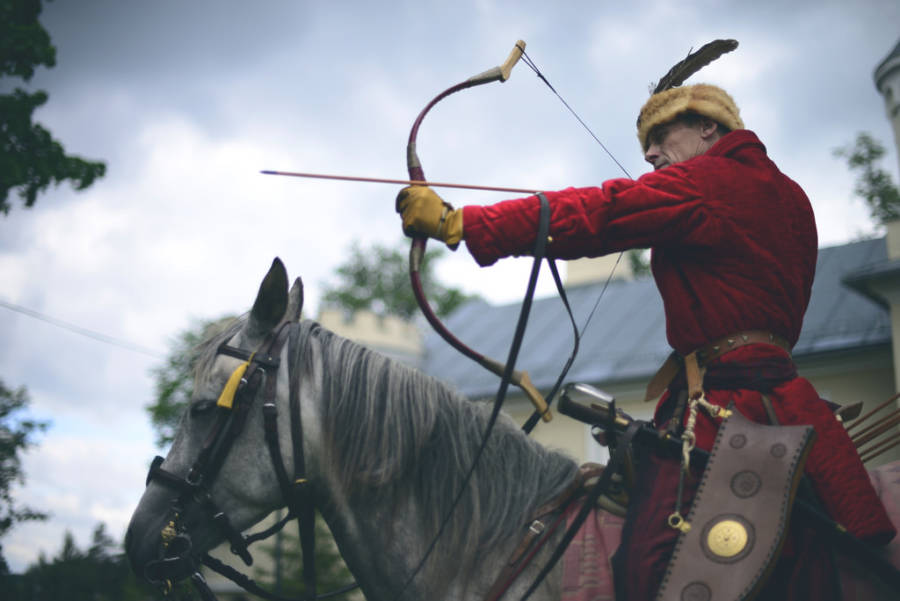 Humans have known about the morbid effects of deadly nightshade for millennia. Ancient Romans tipped their arrows in liquid made from the plant. Every poison-tipped arrow that found its mark instantly killed an enemy.

As you might expect, deadly nightshade came in handy for assassinations. Legend has it a political rival to Roman emperor Claudius hired a serial killer named Locusta to try to murder the leader. She supposedly laced Claudius’s drink with deadly nightshade.

Scotland’s King Duncan I, the inspiration for William Shakespeare’s Macbeth, used deadly nightshade with tremendous results. He passed around bottles filled with liquid nightshade to his enemies, the Danes, who then drank the sweet concoction heartily in celebration and were dead in an instant. King Duncan’s forces didn’t have to fight at all.

The reason these ploys worked was because the berries of Atropa belladonna taste sweet. In a fermented drink, you probably couldn’t tell the difference in a wine, mead, or ale. As a result, all you would think is that there is extra sweetness.

Smart kings found ways around attempted assassinations that tried to use nightshade. If you’ve ever seen The Princess Bride, it’s the iocane powder scene with Westley versus Vizzini. Westley poisons both cups and kills Vizzini because the hero drank smaller amounts of iocane for years to develop an immunity to the poison. 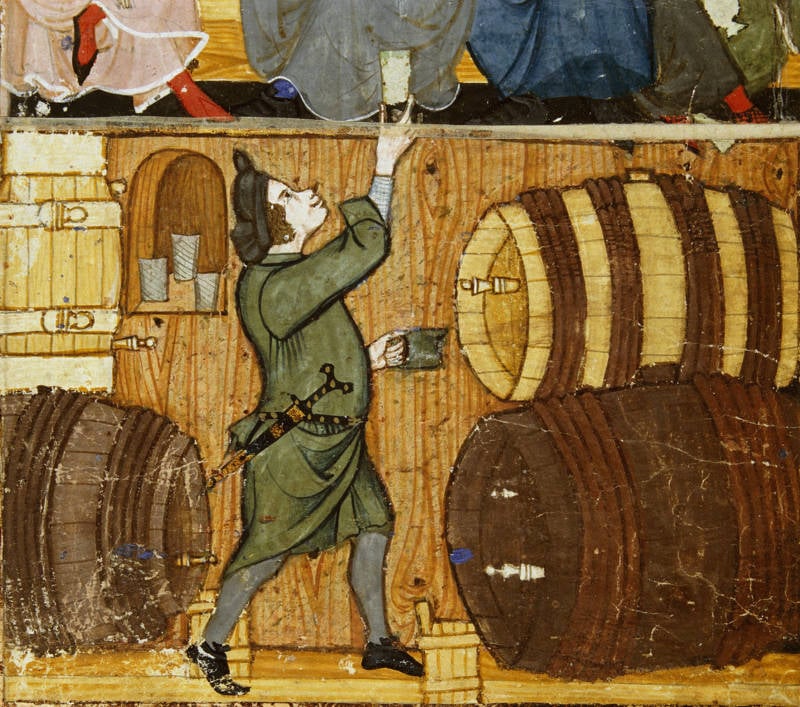 Deadly nightshade worked in the same way for rulers. Taste testers for the king developed immunity to the deadly substances by drinking less toxic amounts. The human guinea pigs would alert the king that something was amiss when they tasted the sweet, yummy goodness of nightshade berries.

Some societies turned to other uses for the plant. Weirdly enough, deadly nightshade was used as a cosmetic in Italy during the Renaissance. The origin of its Latin name, Atropa belladonna, means “pretty lady.” That’s because rich Italian women wore makeup made from deadly nightshade.

The hues of the flowers made a beautiful blush on ladies’ cheeks. Women used the herb’s oils to dilate their pupils. This oddity was meant to make women more seductive to their suitors.

Even stranger than makeup is that you probably eat other plants in the deadly nightshade family on a regular basis, including tomatoes, eggplant, chili peppers, and potatoes. Leaves, stems and shoots of potatoes are especially high in solanine. Luckily for fast food lovers, the actual potatoes in french fries, mashed potatoes, and baked potatoes don’t have any.

Don’t worry about deadly nightshade growing in your garden any time soon, though. These plants are difficult to cultivate, therefore gardeners don’t like them even though they look pretty. You can rest easy knowing that one of the deadliest plants known to mankind doesn’t pose a threat.

Just don’t sip a glass of wine you get from a total stranger or a man in a black mask pursuing his Princess Buttercup. It’s one of the classic blunders.

After learning about Atropa belladonna, better known as deadly nightshade, read about Silphium, the greatest contraceptive ever and a plant that the Romans ate to extinction. Then learn about that time 10,000 people died because the government poisoned alcohol during Prohibition.