10,000 People Died Because The Government Poisoned Alcohol During Prohibition

When prohibition was at its height, the government resorted to a desperate plan to scare the public out of drinking bootlegged products. 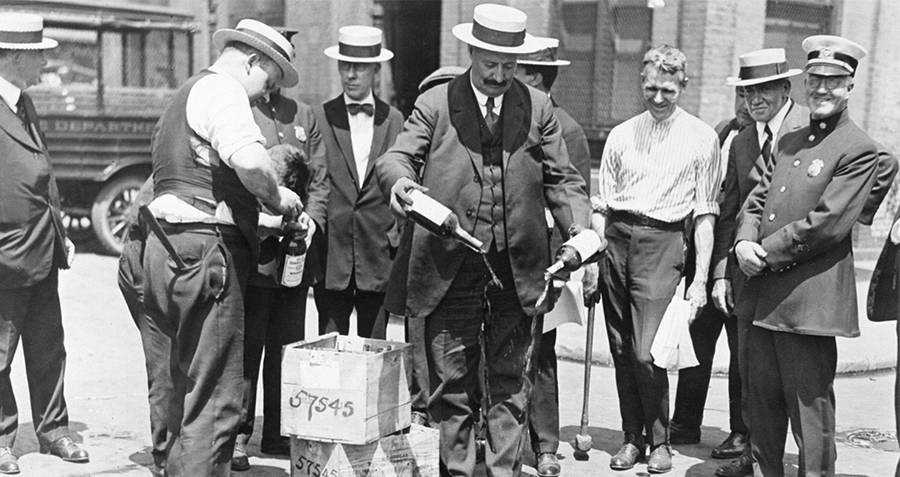 It was the mid 1920s, during the height of the Prohibition era, and the United States government was at a loss for what to do.

America’s alcoholism was on the rise, there were too many speakeasies to count, let alone raid, and bootlegging empires were all but outright defying law enforcement to their faces. It seemed, for the prohibitionists, there was no way to control the masses.

Until 1926, that is, when the U.S. government decided to turn the tables on the alcoholic public, by using the very thing they were trying to prohibit to scare the people into submission.

Because grain alcohol and liquor were hard to get one’s hands on, people began turning to more easily accessible alcohol — such as those found in paint thinner and wood polish.

This “industrial alcohol” was essentially grain alcohol with chemicals added to it, through a process called “denaturing,” that rendered it undrinkable. Denaturing was started in 1906 as a way for manufacturers to avoid taxes that were levied on drinkable spirits.

However, desperate times call for desperate measures, and by the early 1920s bootleggers had derived a formula for “renaturing” the alcohol to make it drinkable again, and therefore, profitable.

During the prohibition era, the US Treasury Department, which was in charge of overseeing alcohol enforcement at the time, estimated that over 60 million gallons of industrial alcohol were stolen to supply the countries alcohol-deprived drinkers. 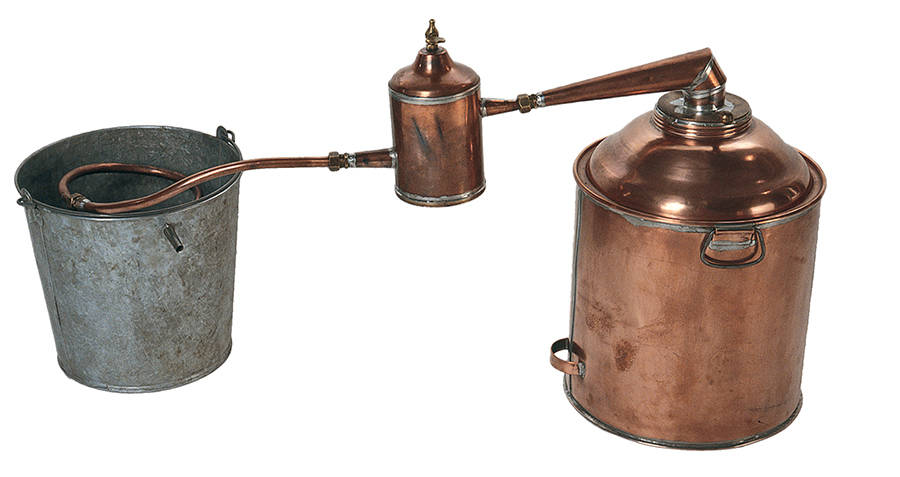 Chicago History Museum/Getty ImagesA copper still and bucket, like those used in the creation and renaturing of alcohol at home.

Upon realizing that bootleggers were renaturing industrial alcohol to turn a profit, the Treasury Department stepped in. At the end of 1926, they revamped the denaturing formulas and included known poisons such as kerosene, gasoline, iodine, zinc, nicotine, formaldehyde, chloroform, camphor, quinine and acetone.

Most dangerous of all, they demanded that at least 10 percent of the total product be replaced with methyl alcohol or methanol. Today, methanol is most commonly used as an ingredient in antifreeze.

Their plan rendered the renaturing process useless on industrial alcohol, as the process could not be used to separate out each of the chemicals, and it had almost immediate results.

On Christmas Eve, 1926, 60 people in New York City wound up in Bellevue Hospital, desperately ill from drinking the contaminated alcohol. Eight of them died. In two days, the body count was up to 31. Before the end of the year, it had climbed to 400.

Those who didn’t die came close. The combination of chemicals caused drinkers to experience everything from excessive vomiting, to hallucinations, to blindness.

As soon as public health officials realized the cause of all the deaths, the city medical examiner Charles Norris organized a press conference.

“The government knows it is not stopping drinking by putting poison in alcohol,” he said. “Yet it continues its poisoning processes, heedless of the fact that people determined to drink are daily absorbing that poison. Knowing this to be true, the United States government must be charged with the moral responsibility for the deaths that poisoned liquor causes, although it cannot be held legally responsible.”

The health department issued warnings to civilians, detailing the dangers of consuming bootlegged alcohol. He even publicized every death by poisoned alcohol and assigned his toxicologist to analyze all confiscated liquor for poisons.

He also pointed out that there was a disproportionate effect on the poorest residents of the city. Most of those who were dying from the poisoned alcohol were “those who cannot afford expensive protection and deal in low-grade stuff,” he said. The wealthy could afford the expensive kind, and therefore most likely clean, liquor. 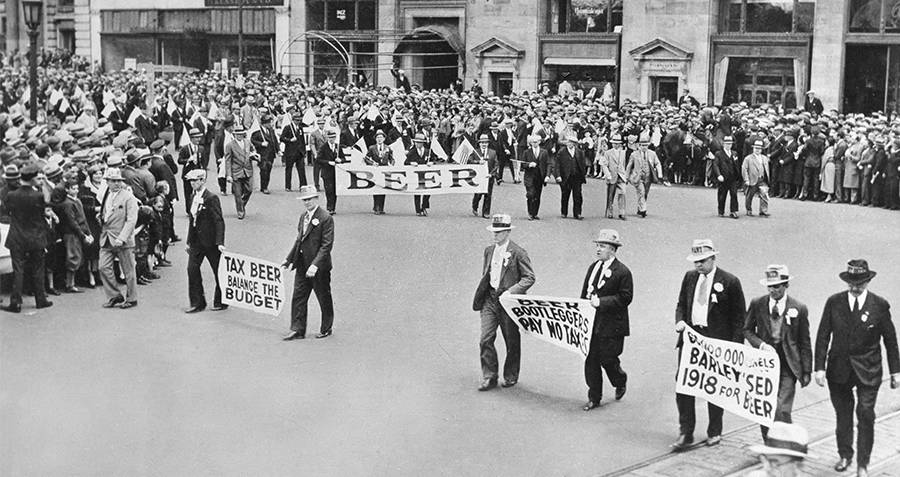 A rally in New York City protesting prohibition in 1933.

Teetotalers on the opposing side argued that the alcohol shouldn’t have been consumed in the first place, and if it had, the drinker brought the consequences on himself.

“The Government is under no obligation to furnish the people with alcohol that is drinkable when the Constitution prohibits it,” said advocate Wayne B. Wheeler. “The person who drinks this industrial alcohol is a deliberate suicide.”

Seymour Lowman, Assistant Secretary of the Treasury, added that if the result was a sober America, then “a good job will have been done.”

Surprisingly, the government never repealed their plan and continued poisoning the industrial alcohol, not even pretending that they didn’t know what was happening. They maintained that they never set out to intentionally kill drinkers of alcohol, though many health officials accused them of having a “callous disregard” for human life.

In the end, it was the end of Prohibition itself that stopped the deaths, as now that people had real alcohol to consume, there was no need to risk poisoning themselves any longer

Enjoyed this article on the prohibition era? Check out these photos of people celebrating the end of Prohibition. Then, take a look at this 20th century anti-marijuana propaganda.