Romans Ate This ‘Miracle Plant’ To Extinction 2,000 Years Ago — Now A Scientist Says He’s Rediscovered It

Silphium was incredibly popular as a contraceptive, but it supposedly also helped to prevent disease and make food taste better.

The ancient Romans were ahead of the game on a lot of things, and luckily they passed most of those things down to us: indoor plumbing, the calendar, and bureaucracy, to name a few.

There was one thing, however, that they kept to themselves – and it may have been the world’s most effective contraception: a north African herb known as silphium. 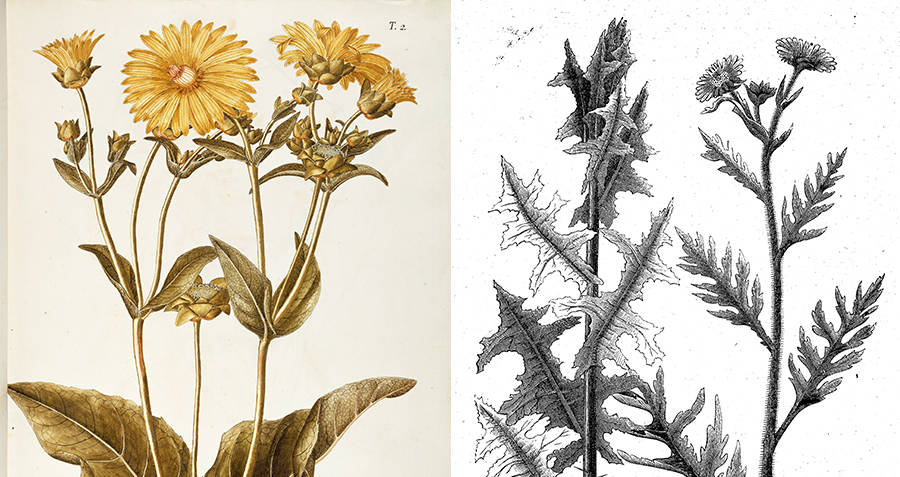 Silphium was used by the Romans as a form of herbal birth control. They used it so often, in fact, that the plant went extinct before the fall of the Roman Empire — or so we thought. As of 2022, a scientist in Turkey claims to have rediscovered the ancient miracle plant.

A Popular And Effective Contraception And Cure For Ailments

Silphium once grew rampant in the Greek city of Cyrene — modern-day Libya — on the northern coast of Africa. Resin from within its stalk had been used for years by locals as a cure-all for various ailments including nausea, fevers, chills, and even corns on the feet. 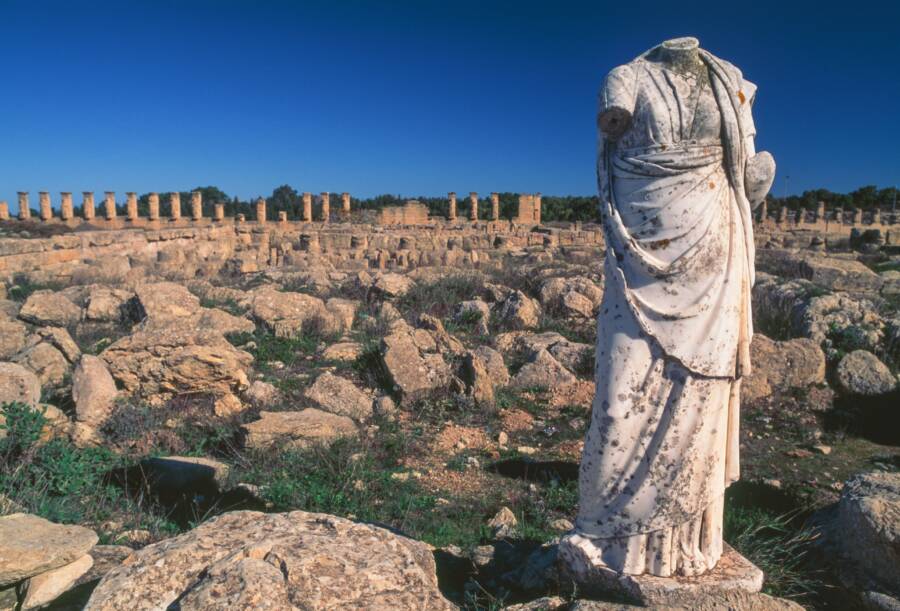 It was also used as an extremely effective form of contraception.

“Anecdotal and medical evidence from classical antiquity tells us that the drug of choice for contraception was silphium,” said historian and Greek pharmacologist John Riddle in the Washington Post.

According to Riddle, the ancient physician Soranus suggested taking a monthly dose of silphium the size of a chickpea to prevent pregnancy and “destroy any existing.”

The plant acted as an abortifacient as well as a preventative measure. A single dose of the resin from the plant would induce menstruation, effectively rendering the woman temporarily infertile. If the woman was already pregnant, the induced menstruation would lead to a miscarriage.

Silphium rapidly grew in popularity due to its proactive and reactive contraception properties, making the small town of Cyrene one of the biggest economic powers at the time. The plant contributed to their economy so much that its image was even found printed on Cyrenian currency.

However, it was this rise in popularity that lead to the plant’s demise.

As the plant became more and more of a commodity, the Cyrenians had to put strict rules in place regarding the harvest. Because Cyrene was the only place that the plant would grow due to a combination of rainfall and mineral-rich soil, there were limits to how many plants could be grown at one time. 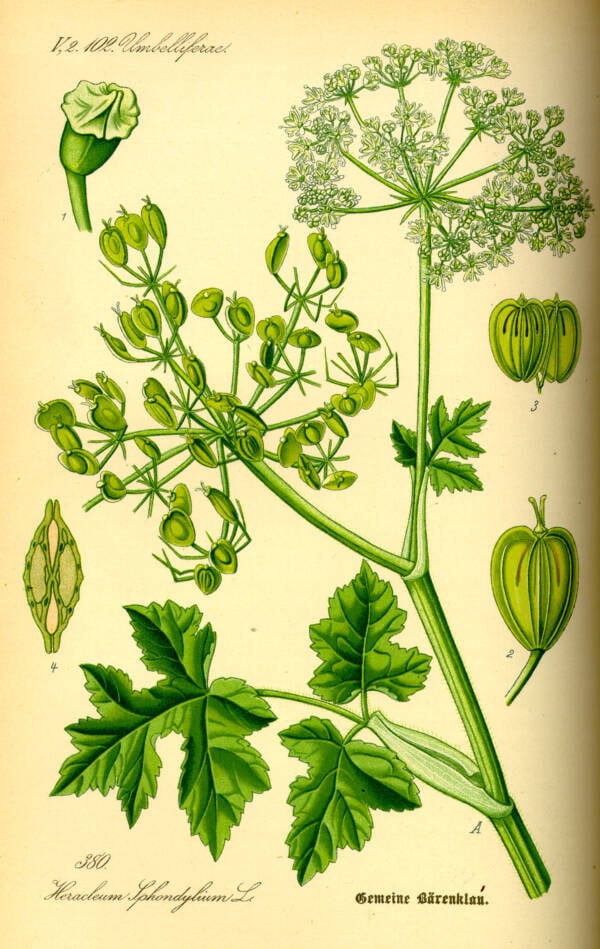 The Cyrenians tried to balance the harvests. However, the plant eventually was harvested to extinction by the end of the first century AD.

The last stalk of silphium was reportedly harvested and given to Roman Emperor Nero as an “oddity.” According to Pliny the Elder, Nero promptly ate the gift.

Clearly, he had been poorly informed on the plant’s usages.

Though the plant was believed to have gone extinct, a tribute to it exists in the form of the archetypal heart shape. Silphium seed pods were reportedly the inspiration for the popular symbol of love.

Fitting, when you consider why the plant was so popular.

New research, however, may offer some evidence that the miracle plant didn’t disappear forever.

According to a report from National Geographic, Mahmut Miski first discovered — or perhaps rediscovered — a blooming yellow plant in regions of Turkey back in 1983 by chance.

Roughly 20 years later, he started to notice that the plants, Ferula drudeana, shared similar traits as those attributed to ancient silphium. Notably, ancient texts noted the fondness sheep and goats had for silphium, and the effect the ancient plant had on them in turn — drowsiness and sneezing.

In speaking with the caretakers of the grove in which Miski came across the Ferula plants, he learned that sheep and goats were similarly drawn to their leaves. What’s more, he learned that only one other specimen of the plant had ever been collected — way back in 1909.

Miski cultivated and propagated the Ferula plants, believing he would unlock a “chemical goldmine” within them.

And it seems he was correct.

According to his 2021 journal, analysis of the plants identified that they contained 30 secondary metabolites, many of which have cancer-fighting, contraceptive, and anti-inflammatory properties. He said that he believes further analysis will unlock even more medicinal characteristics. 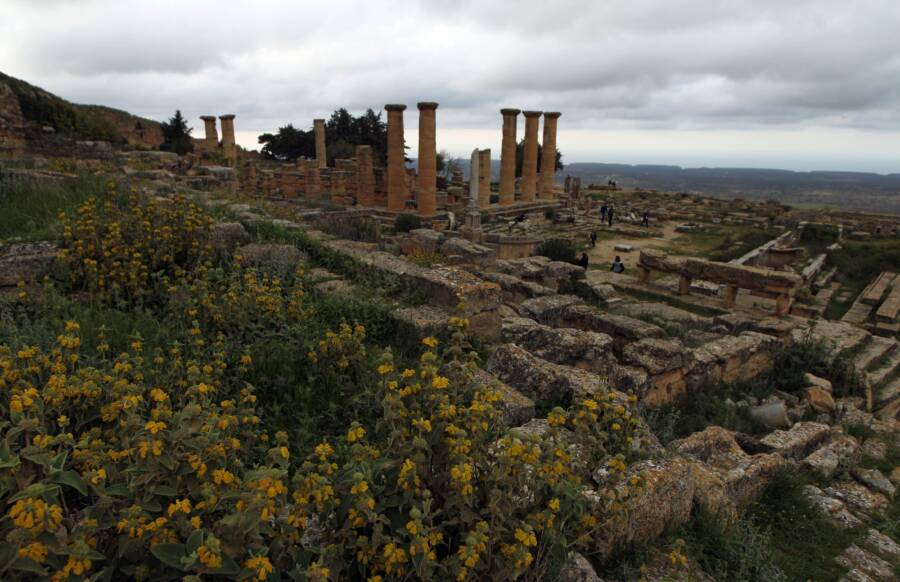 ABDULLAH DOMA/AFP via Getty ImagesThe ancient Greek city of Cyrene, a colony of the Greeks of Thera.

“You find the same chemicals in rosemary, sweet flag, artichoke, sage, and galbanum, another Ferula plant,” Miski said. “It’s like you combined half a dozen important medicinal plants in a single species.”

Ancient silphium was also said to have appeared after sudden downpours in the spring and grown to roughly six feet in only a month — Miski’s Ferula plants showed similarly rapid growth after massive snowmelt in 2022.

Miski also found the plants difficult to transport — a problem that would have plagued the ancient Greeks and Romans as well. However, he’s been able to move them using a technique called cold stratification, in which plants are tricked into germinating by exposing them to wet, winter-like conditions.

The only evidence against Miski’s plants being ancient silphium, for a while, seemed to be the location. They didn’t grow in the small regions in which ancient silphium had grown.

However, Miski discovered that the areas around Mount Hasan in Turkey had in fact been home to the ancient Greeks — and they may very well have brought silphium with them.

Enjoyed this piece on silphium, the contraceptive of the ancient world? Check out these ancient Roman swords found near Hadrian’s wall. Then, read about the secrets of Greek Fire.