Bruce McArthur thought he'd outsmarted everyone by hiding his victims inside potted plants on the properties he had worked on as a landscaper. 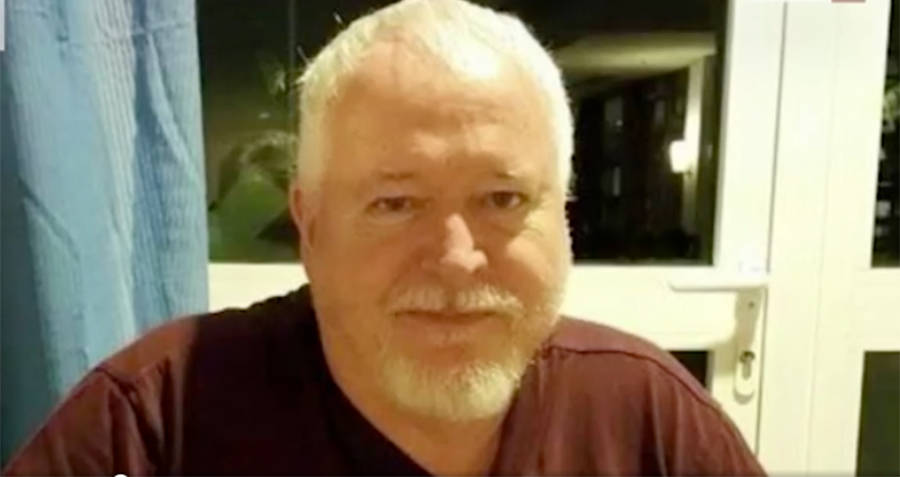 CNNBruce McArthur is charged with the murder of five people, whose bodies he’s believed to have hidden in flower pots on construction sites he worked on.

A landscaper in Toronto has been arrested after authorities found body parts belonging to at least six people buried in his flower pots.

Police charged 66-year-old Bruce McArthur with five murders, going back to 2012, the most recent taking place in June of 2017. Authorities expect the number of victims to increase as the investigation continues.

“We do believe there are more and I have no idea how many more there are going to be,” said homicide detective Sgt. Hank Idsinga.

Since McArthur’s arrest, police have searched more than 30 different properties that McArthur worked on, and have confirmed that human remains were found at some of them. The exact causes of death have yet to be determined. In conjunction with McArthur’s case, police are re-examining over one hundred missing person cases from the area and looking into some of MacArthur’s older properties.

Police have branded Bruce McArthur as a serial killer, after finding multiple dismembered, skeletal remains buried in flower boxes on properties that he had worked on.

“It’s a serial killer — alleged serial killer,” Idsinga said. “The city of Toronto has never seen anything like this. The resources that are being thrown at it, everything that we have. I’d call it an unprecedented type of investigation.

According to Michael Arntfield, a criminologist at Western University, McArthur definitely fits the profile of a serial killer, as these types of killers usually use “the guise of their job” to find new victims, and cover up their crimes.

When the string of missing person investigations began back in 2012, police believed they were looking for someone targeting Toronto’s gay community, as the victims all appeared to be from the Gay Village, a predominantly LGBT area.

Recently, however, the killer seemed to be widening his range, as the last two victims were from other areas.

“The last two victims don’t quite fit the profile of the earlier victims. It encompasses more than just the gay community,” Idsinga said. “It encompasses the city of Toronto.”

Though the most recent murder charge was applied to McArthur in late January, he was originally charged with two murders earlier in the month, in connection with two missing person cases from last year.

Through the investigation, police revealed that Bruce McArthur has been a suspect of theirs for years. Starting in 2001, McArthur fell under suspicion after he assaulted a gay man with a pipe. He was subsequently barred from entering Gay Village or spending time with male prostitutes.

Over the next few years, police investigated several disappearances related to the Gay Village area, but it wasn’t until September of 2017 that McArthur name came up again, in relation to the disappearance of Andrew Kinsman, whose body was later positively identified as one of those found in one of McArthur’s flower pots.

In January of 2018, police uncovered evidence that further implicated McArthur, and eventually arrested him, charging him with two counts of first-degree murder. When he appeared in court later that month, three more murder charges were applied. It was also revealed that during the course of the investigation, McArthur was arrested for holding a man captive and tied to his bed.

In February, police confirmed that parts belonging to six separate victims had been found in flower pots on several of McArthur’s landscaping properties.

Those who knew McArthur described him as a quiet, solitary man, who never came across as friendly. He also occasionally worked as a mall Santa during the holidays.

“He was always opinionated,” a former co-worker of McArthur’s told CNN. “Never got any warm, friendly vibes from him. He seemed moody. Usually fairly happy, but sometimes quiet.”

Despite six victims being found, Bruce McArthur has been charged with five counts of first-degree murder, though Idsinga feels that with recent developments and discoveries, the counts could go up to at least 10.