Bruno Dey was tried as a juvenile because he was only 17 when he began working as a guard at the Stutthof concentration camp. 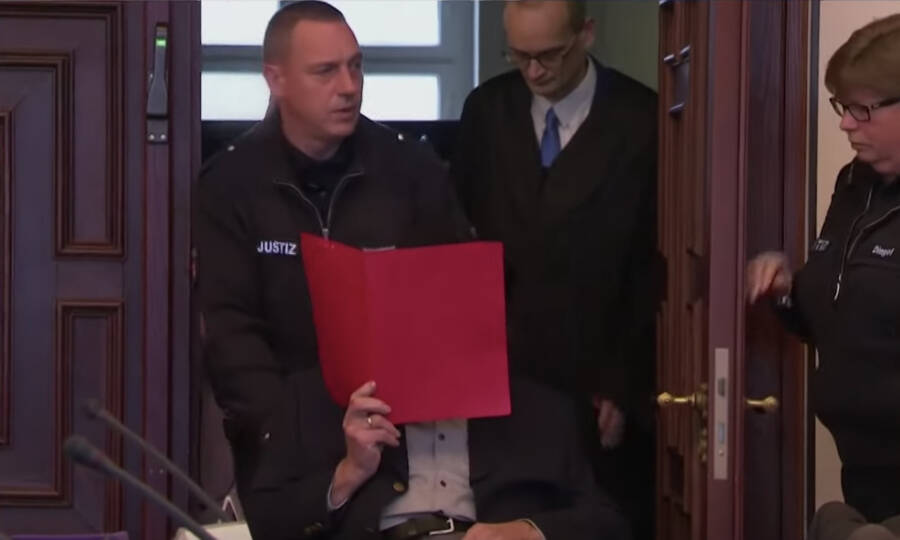 YouTubeThough purportedly remorseful, Bruno Dey shielded himself from the press while attending court.

In what may be one of the last verdicts doled out to a living participant, 93-year-old Bruno Day was found guilty in a Hamburg state court last Thursday — of 5,230 counts of accessory to murder.

According to The New York Times, the elderly man was just 17 years old when he began working a guard at the Stutthof concentration camp. Due to his status as a minor from August 1944 to April 1945, he was tried in juvenile court and given a two-year suspended sentence.

Each count of accessory to murder reflected one person believed to have been killed at the camp, which was east of Gdansk in Poland. Dey appeared remorseful and contrite, and the prosecutor acknowledged that the defendant had been nothing but cooperative. Others were shocked at the ruling.

“It is unsatisfactory and much too late,” said Christoph Heubner of the International Auschwitz Committee. “What is upsetting for survivors is that this defendant failed to use the many postwar years of his life to reflect on what he saw and heard.”

A France 24 news segment on the matter with footage of the trial.

The trial occurred at a particularly timely moment in German culture. Not only did the office focused on Nazi war crimes force Dey to face justice before it was too late — but the country itself is currently embattled by a resurgence in right-wing extremism.

Despite his wheelchair-bound arrival at the Hamburg state court, and a sullen expression hidden by a preventative surgical mask amidst the coronavirus outbreak, Dey maintained that he was as much a victim as he was an accomplice.

His closing statement saw him argue that it was important to hear his side of the story. Dey claimed he had been forced to serve as an SS guard, and was merely following orders placing him in that position.

“You still see yourself as a mere observer, when in fact you were an accomplice to this man-made hell,” said presiding judge Anne Meier-Goering. “You did not follow an order to carry out a crime and should not have inferred this.” 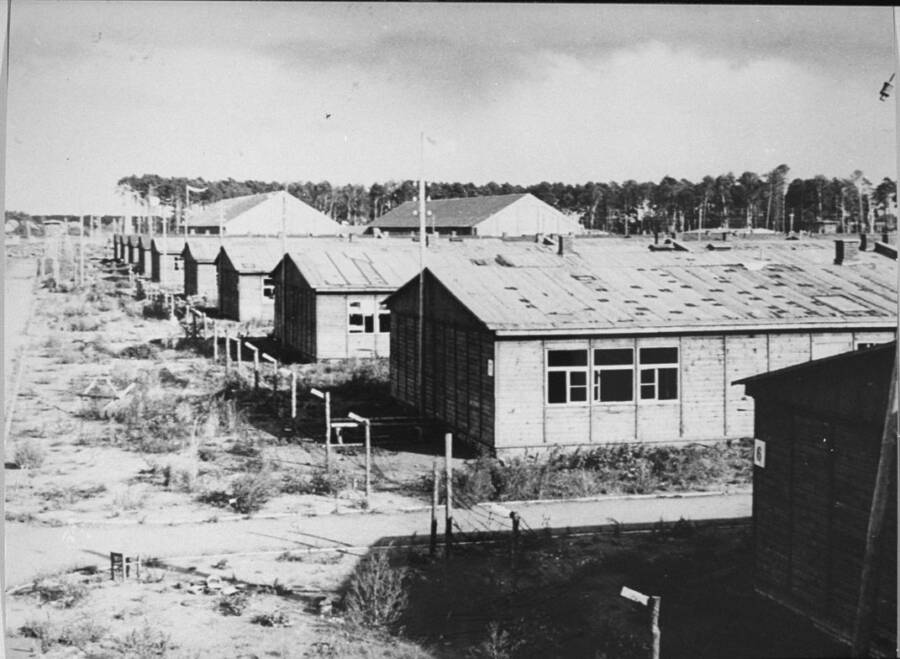 Panstwowe Muzeum StutthofThe barracks of the Stutthof concentration camp after liberation in May 1945.

Throughout the Cold War, those who played smaller roles in aiding the Nazis round up and murder innocents in the death camps were largely overlooked by the German justice system. Evidence of direct involvement was required to bring about charges — a status quo that has since shifted.

In the last few years, German authorities have intensified their efforts to hold these people to account. With remembrance of the Holocaust growing more important as survivors grew older, German culture sought an earned new era.

Alongside a new Holocaust memorial in Berlin and the establishing of funds worth millions that compensated victims, justice against surviving perpetrators seemed imperative. Landmark rulings in 2011 and 2015 found that those in supporting roles could be convicted by mere association.

Though Dey began working as a concentration camp guard as a juvenile, his work directly led to thousands of deaths. His role at the camp, which saw more than 60,000 people killed, was to ensure none of the prisoners escaped.

Stutthof was the first camp established outside of Germany’s borders. Established in the town of Sztutowo after the invasion of Poland in 1939, it served as a camp — until gas chambers were implemented in 1944. Court documents confirmed victims were killed with Zyklon B or shot in the head.

It was one of the last camps to be liberated, with over three dozen survivors testifying at Dey’s trial. 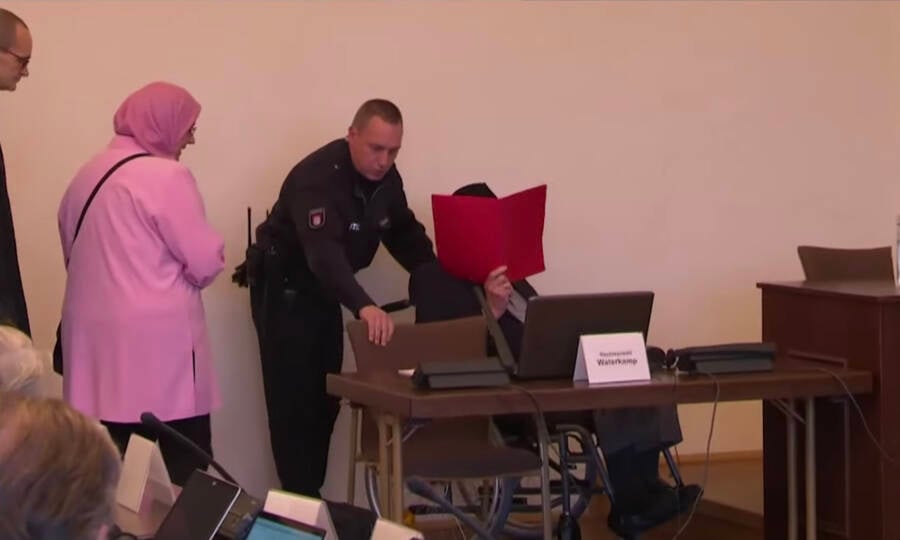 YouTubeDey’s claims that he has been haunted by his past for the last 76 years fell on deaf ears — though some were relieved to hear his contrition.

The survivors publicly recalled seeing relatives die from electric shocks from the fences, picking up bones of victims, and being chased by Nazis in subzero temperatures. Dey confessed to hearing screams emanating from the gas chambers and watching corpses being carried to crematoriums.

He said he never fired his gun, however, and that the “images of misery and horror have haunted me my entire life.” Heubner, meanwhile, was left entirely cold by these sentiments. One of the survivors in attendance even said he didn’t care for Dey’s apology — and didn’t “need it.”

“The image of him sitting above the camp in his tower is reflective of the view he had of himself as above those who were suffering,” Heubner said. “And although he had decades to confront the horrors of what he witnessed, he remained silent.”

For Dey’s attorney Stefan Waterkamp, meanwhile, this psychoanalysis rang hollow. He reminded the court of the fears that a child must have felt, forced into a position to cooperate — or else.

“How could an 18-year-old step out of line in a situation like this?” Waterkamp asked.

Ultimately, the Holocaust continues to baffle, fascinate, and horrify humanity as a species 75 years later. How an entire nation can be coerced into genocide is a question that must be remembered and explored. Hopefully, Dey’s final words in the matter were uttered genuinely — despite their little worth.

“The witness testimony and the expert assessments made me realize the full scope of the horrors and suffering,” said Dey in his closing statement. “Today I would like to apologize for those who went through the hell of this insanity. Something like this must never happen again.”