Wearing a prosthetic disguise and using a plethora of forged IDs, John Colletti pulled off his identity theft scam for a year. 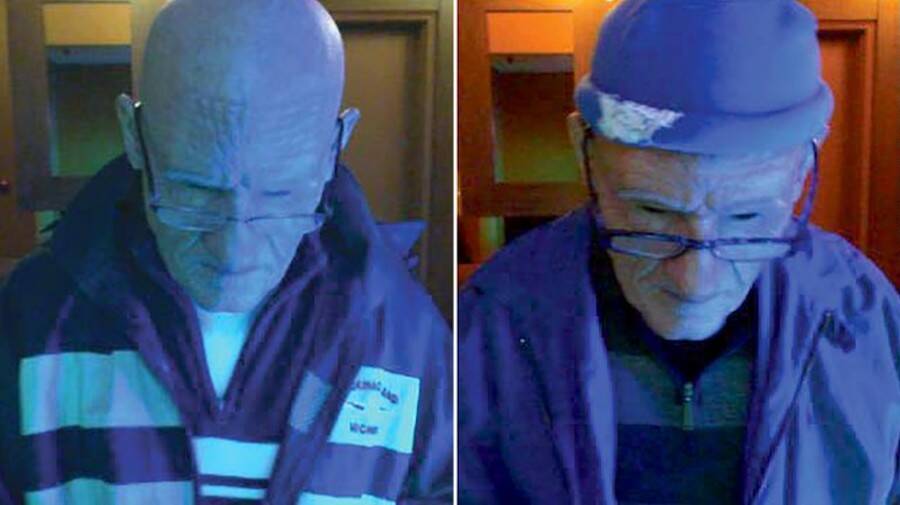 They say that the house always wins, but for around a year, John Colletti made a small fortune at the MGM Grand Casino in Detroit. Unfortunately, he stole the sizable $100,000 sum from fellow patrons by using counterfeit driver’s licenses and prosthetic masks. Despite the extreme measures he took to conceal his identity, his luck just ran out.

According to CNN, Colletti researched his targets and obtained their personal information online. With prosthetics in place, he forged 83 driver’s licenses, 14 insurance cards, 19 players cards from casinos in Michigan and Kansas, two Binghamton University staff IDs, and a Social Security card.

While his appearance as an elderly man was impressive, casinos had been aware of the 55-year-old Michigan man’s activities since 2019. His modus operandi was withdrawing funds from victims’ bank accounts using self-service kiosks at casinos.

A WDIV 4 news segment on the casino thefts by John Colletti.

These machines require patrons to insert their driver’s licenses and provide the last four digits of their Social Security number, as well as their phone number, to check whether account funds can be withdrawn.

Colletti allegedly chose his victims by targeting only those who had previously enrolled in Global Payments’ “VIP Preferred Program.” This required them to link their bank accounts to their GPGS profile. However, despite his deceptions, the casino became aware of his activities about a year ago.

“We initially identified this fraudulent activity and immediately alerted our customer and law enforcement,” GPGS spokeswoman Emily Edmonds said. “Throughout the investigation, we provided support and cooperation that ultimately led to the apprehension of this suspect.”

The investigation began last Spring when the MGM Grand Casino identified at least 10 victims of identify theft, costing them a total of $98,840 between April 26 and May 27, 2019. Michigan State Police quickly identified a suspect using surveillance footage — noticing an odd-looking elderly man. 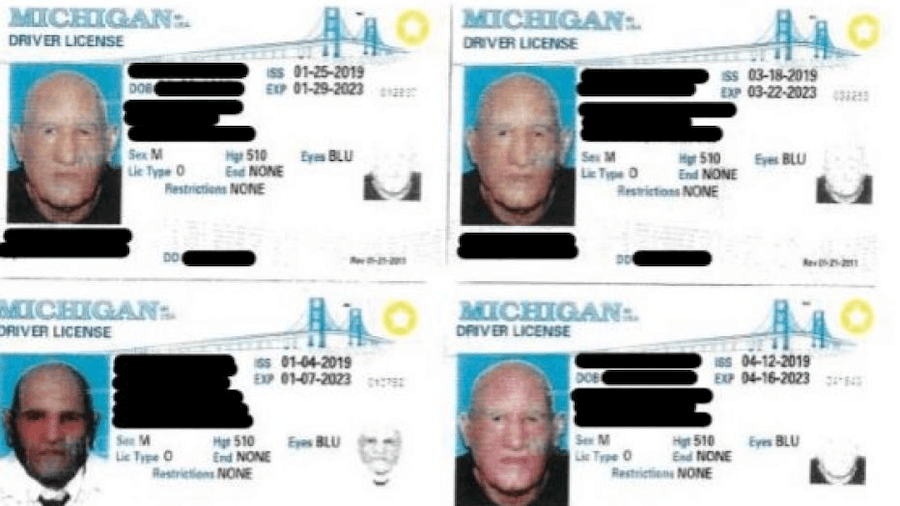 About a year later on March 12, the Prairie Band Potawami Tribal Police arrested Colletti for identity theft at the Prairie Band Casino and Resort in Mayetta, Kansas. Employees caught the elderly man “wearing a straw hat, glasses, and using a mobility walker” withdrawing $20,000.

Security then asked Colletti to provide them with his Social Security number due to the large amount of money he withdrew.

“Colletti immediately went to the restroom, where he removed his disguise,” the complaint said. “Colletti then exited the casino with a noticeable bulge down the front of his pants, believed to be the prosthetic face mask.”

A subsequent search of the restroom yielded clothes, a mobility walker, a Nissan car key, two Michigan driver’s licenses, and around $11,000 in cash. Post-it notes stuck on the back of the licenses had victims’ Social Security numbers and phone numbers required for the kiosk transactions.

According to the complaint, police searched his car and found four prosthetic masks, flash drives, “books on how to get away with committing crime,” ID cards, and kiosk receipts. 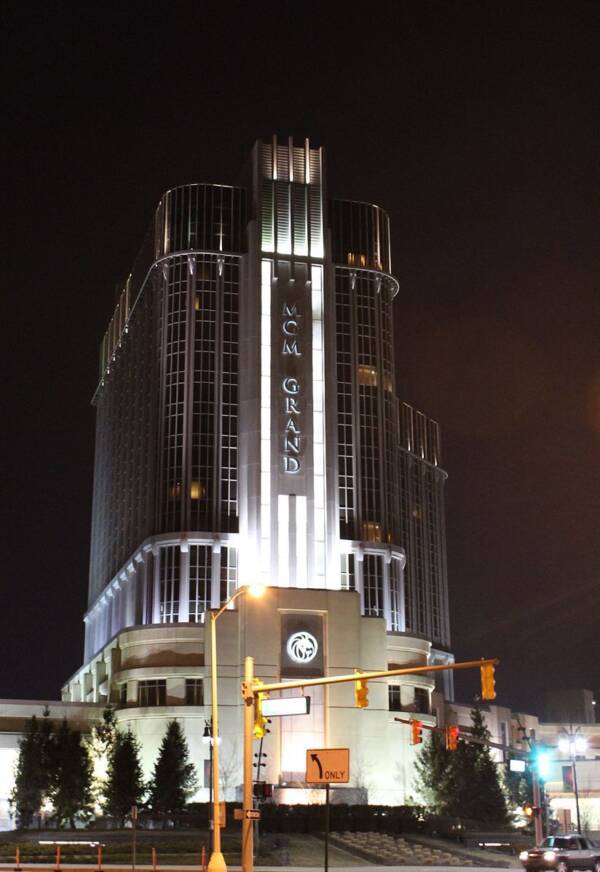 Wikimedia CommonsColletti was nearly caught in March 2020 but escaped a tribal casino after removing his prosthetics. His theft at the MGM Grand in Detroit saw him finally apprehended.

The hard drives contained “background checks on various individuals, tutorials and manuals on how to counterfeit money and commit various other financial crimes, videos of GPs inside the MGM Grand Casino Detroit, handwritten signatures, and Excel spreadsheets with over one thousand names.”

Those spreadsheets also contained each person’s birthdate, Social Security number, bank account and routing number, and monthly salary. The FBI said that GPGS investigators found stark similarities between the identity theft in Michigan and the transactions at the Prairie Band Casino.

After matching the surveillance footage from both locations and noting the exact same modus operandi, it became clear this suspect was one and the same.

Colletti is now facing charges of aggravated identity theft, fraud and related activity in connection with access devices, and wire fraud. Court documents filed in Kansas note he has a detention hearing set for July 30, while he’s currently in the custody of U.S. Marshals in Kansas.

Ultimately, gambling is a rather risky endeavor on its own. Trying to outwit an industry that is founded entirely on ensuring that the house remains in business is another gamble entirely. As for Colletti, he’ll find out what cards he’s being dealt in a matter of days.

After learning about the Michigan man who wore prosthetics to appear like an elderly man to steal more than $100,000 from casino patrons, read about the art thieves who stole three paintings valued at $12 million during the COVID-19 crisis. Then, learn how one man stole $500,000 from a Las Vegas casino and got away with it.