1.4-Million-Year-Old Ax Made Of A Hippo’s Thigh Bone Found In Ethiopia

Researchers believe the tool was crafted by Homo erectus, making this only the second time they have found a non-stone tool made by this human ancestor. 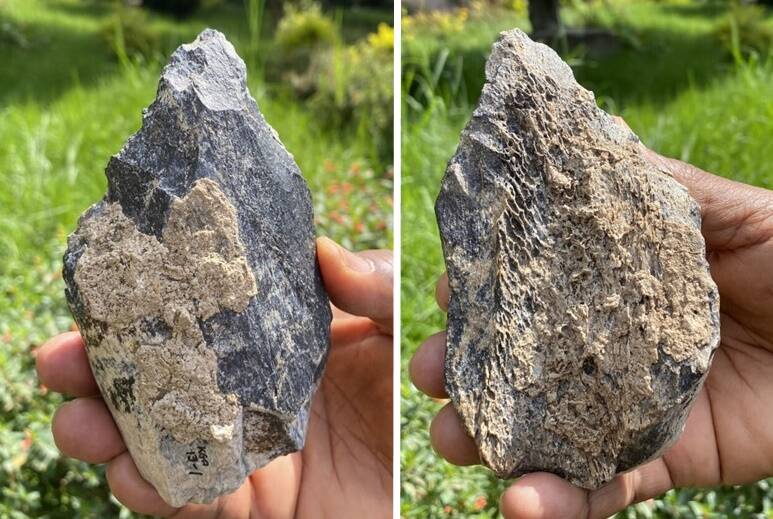 Berhane AsfawArchaeologists discovered a prehistoric hand ax made out of the femur of a hippopotamus, an unusual non-stone material found only once before.

Archaeologists say stone-made hand axes are a pretty common find. But researchers were stunned when they found that a prehistoric hand ax unearthed in Ethiopia had been carved out of the thigh bone of a hippopotamus.

According to Ars Technica, Katsuhiro Sano, an archaeologist from Japan’s Tohoku University, and his team identified a 1.4-million-year-old hand ax buried underneath ancient layers of sediment.

The discovery happened while the team was working at the Konso Formation, an exposed stone formation from the Pleistocene era, between 2,580,000 to 11,700 years ago, located at the southwestern end of the southern part of the Main Ethiopian Rift. The site is a famous source of prehistoric tools that were largely crafted by the Homo erectus species who walked upright, similar to modern humans.

“Finely-shaped bone tools like bone hand axes are extremely rare,” the researchers wrote in the study which was published in the Proceedings of the National Academy of Sciences in July 2020. 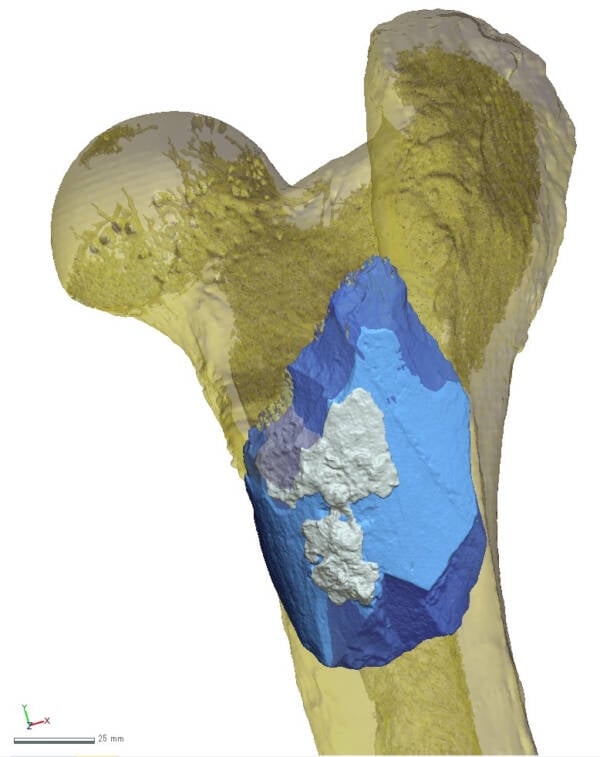 When Sano and his team uncovered the hand ax, they knew straight away that it was something different due to the bone-like material of its structure. After the team compared the ax tool with samples of mammalian bones, they found the simple yet crafty tool — unlike most axes from that prehistoric period — had been carved out of animal bone.

Analysis revealed that the bone material of the ax likely came from the femur or thigh bone of a hippo. It’s a significant discovery that alludes to the advanced capabilities of the hominin who crafted the object.

Every hand ax wields two sides, also known as “faces.” Ax tools were typically made out of stone, but the five-inch long hippo bone ax had been first broken out of a large bone before it was chipped to make the tool’s sharp faces and edge.

Crafting tools out of bone was significantly harder than making them out of stone since the crafter would need to have a good grasp of flaking the edges precisely enough to produce the right shape and angle.

“This bone hand ax shows that at Konso…H. erectus individuals were sufficiently skilled to make and use a durable cutting edge,” the paper noted. 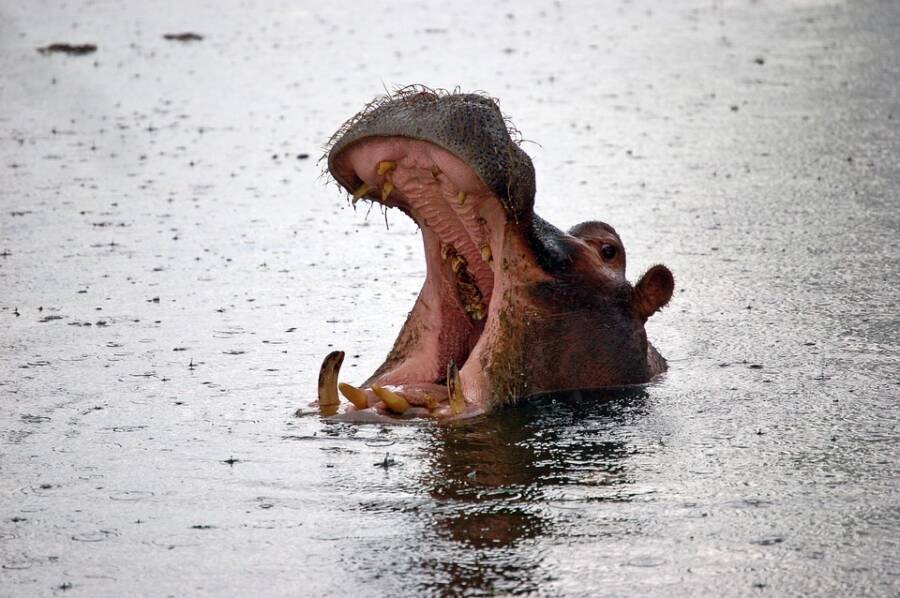 PixabayResearchers noted crafting tools out of animal bone required an advanced level of craftsmanship compared to those made out of stone.

The finding also supported previous studies which suggested that these distant cousins of ours were knowledgeable enough to determine which material was best to make the type of tool they wanted. The crafter of the hippo bone ax had specifically chosen to use the animal bone even though there was likely an abundance of stones in the area to make their tool.

“At Konso, this is a time period when significant technological developments in lithic technology were occurring,” the authors wrote of their findings.

The unique hippo bone ax featured a nearly two-inch working edge and was likely used to butcher animals the hominids had hunted for food. The ax was only the second non-stone ax tool to have been discovered among the arsenal of Homo erectus crafted objects.

The Homo erectus survived for nearly two million years on Earth. A study released in April 2020 suggested that their existence overlapped with two other species of early humans, the Australopithecus and the Paranthropus, and even shared the same territory near the Drimolen Paleo Cave System, an archaeological site known as South Africa’s ‘Cradle of Humankind.’

While the other earlier human species eventually went extinct, Homo erectus continued to survive long after. Archaeologists have found that these homonids even migrated outside of Africa, making them the first ancestors of modern humans to appear outside the continent.

Such discoveries highlight just how similar our early human ancestors, who inhabited this Earth until some 110,000 years ago, were to us after all.

Now that you’ve learned about the advanced crafting capabilities of our cousins, the Homo erectus, take a look at the 3.7 million-year-old Hominid ‘Little Foot’ skeleton unveiled for the first time in history. Next, read all about the Neanderthal, humans’ extinct, primordial cousin.