Remains Of Vietnam Fighter Pilot Shot Down 52 Years Ago Are Flown Back To The U.S. By His Son

The last time Bryan Knight saw his father was at the very airport to which he flew his father's remains. 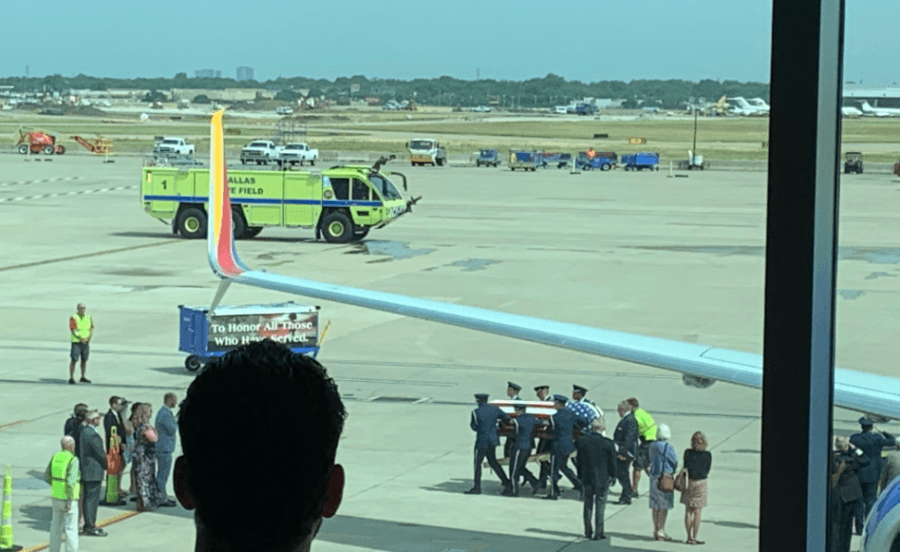 The last time Bryan Knight saw his father was 52 years ago when, at age five, they said goodbye in the Dallas Love Field Airport. His father, U.S. Air Force Major Roy A. Knight Jr., had been deployed to Vietnam for the war. Knight would not see his father again until he flew the fallen veteran’s body back home to rest.

Indeed, father and son were reunited under the most bittersweet of circumstances last week when Knight, now a pilot for the commercial airline Southwest, flew the remains of his father which were recently recovered by the Defense POW/MIA Accounting Agency back to the place where they last saw each other — the Dallas Love Field Airport.

“You can’t imagine what an honor that is for a son to be able to do that for his father,” the younger Knight told KTVT.

According to CNN, Major Knight was reported missing in action (MIA) on May 19, 1967, after leading a flight of two A-1E Skyraider aircrafts on a strike mission over northern Laos. The report stated that the major’s aircraft went down after taking a hit.

No reports of a parachuted figure or beeper signal were ever received following the craft’s crash. Thus, like numerous other soldiers who have been killed in the line of duty, the recovery of Major Knight’s remains was the result of a decades-long effort.

An organized search was impossible to do at the time of Major Knight’s disappearance given that the area was still under fire. Major Knight was finally declared deceased by the Air Force in September 1974 — seven years after he had first been declared MIA. At this time, he was posthumously declared Colonel and awarded the Air Force Cross, Silver Star, Distinguished Flying Cross, Purple Heart and six Air Medals for his service.

In March 1994, renewed search efforts were performed in the area around Major Knight’s crash site. This was followed by four additional investigations over the years.

The search for the major came up empty until his remains were excavated and identified in February 2019. 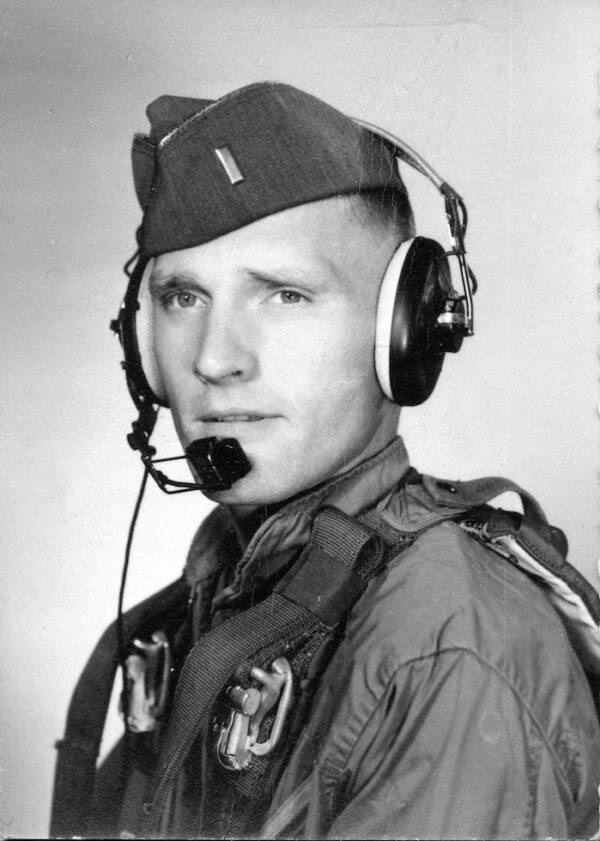 Major Knight returned to Dallas in a casket draped in the American flag. He was greeted by a proper military reception. The moment of Knight bringing back the remains of his long-lost father was announced over the airport’s intercom and subsequently documented on Twitter by a Canadian journalist who witnessed the honorable event along with other airport guests.

“Incredible moment to watch. The entire airport fell silent,” Global News Washington Bureau Chief Jackson Proskow tweeted, adding that the airport had handed out American flags for everyone at the gate. Some witnesses shed tears.

“What a privilege it was to witness this moment,” Proskow added. 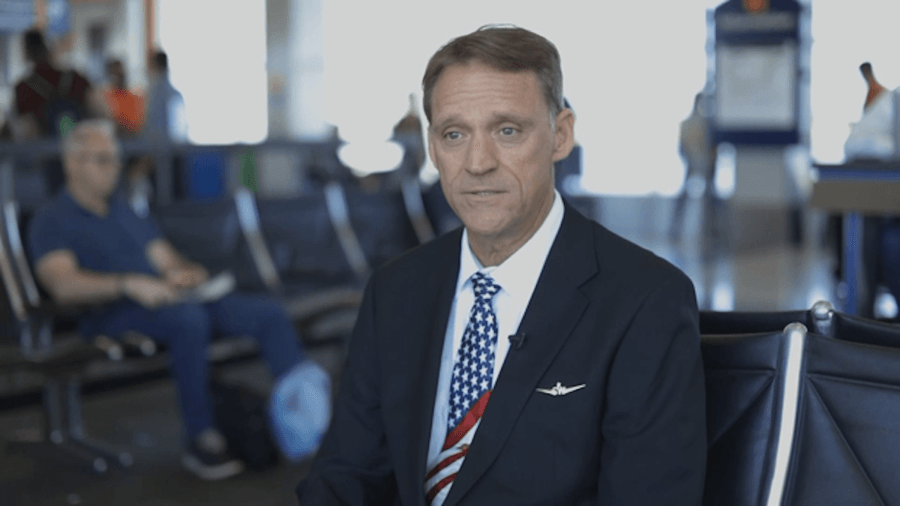 CBS NewsBryan Knight, the fallen captain’s son, brought the remains of his father back.

According to his obituary, Captain Knight Jr. was born Roy Abner Knight, Jr. in Garner, Texas, on Feb. 1, 1931. He was the second youngest of seven sons and one daughter. Just days after his 17th birthday, Knight enlisted in the U.S. Air Force following in the footsteps of his five older brothers, who had all served in World War II.

Knight served as a clerk typist in the Philippines, Japan, and Korea before attending Officer Candidate School in 1953. After being commissioned to 2nd Lt., he married Patricia Henderson, whom he met in the Philippines where her father also served.

Knight went on to complete the Personnel Officer Course over three years at the Itazuke Air Base in Japan and the Taegu Air Base in South Korea, where his first son, Roy Knight III, was born.

Bryan Knight was born during his father’s assignment at the Toul-Rosieres Air Base in France.

Captain Knight’s funeral service was held this past weekend. While Captain Knight’s family has finally been given closure, an estimated 1,587 U.S. soldiers remain missing or unaccounted for as of July 2019.