The Story Of Bryce Laspisa And His Chilling Disappearance In California

By All That's Interesting | Edited By Erik Hawkins

Bryce Laspisa was just 19 on August 30, 2013, when he drove home to see his parents and vanished without a trace near Castaic, California. 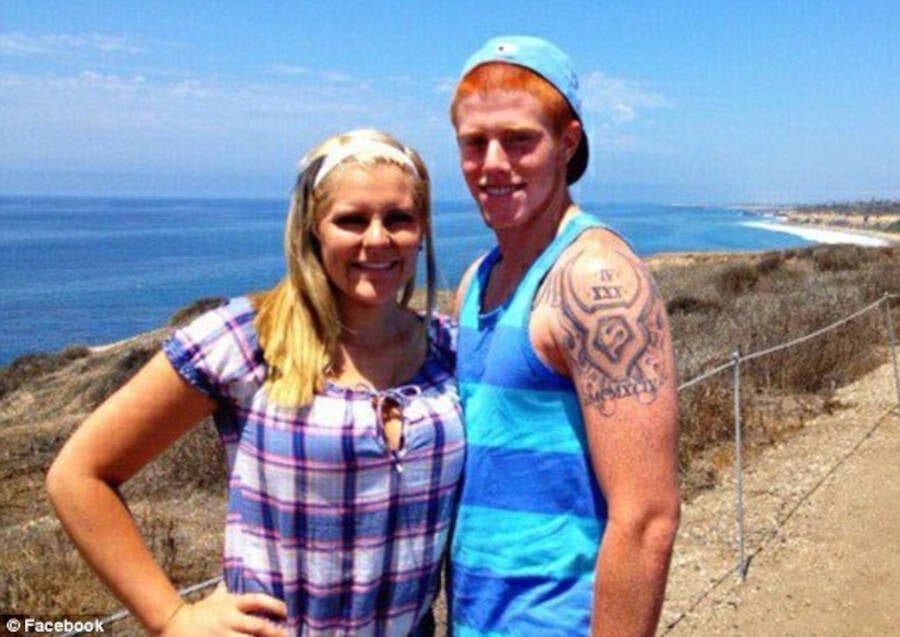 In the early hours of Aug. 30, 2013, 19-year-old Bryce Laspisa was on his way to his parents’ house in Laguna Niguel, California. At 2 a.m., he called his mother to tell her that he was pulling off to the side of Interstate 5 in the Sierra Pelona Mountains. It was the last Michael and Karen Laspisa heard from their son.

What should have been a three-hour afternoon drive turned into half a day of waiting. When the doorbell rang the next morning, the Laspisas hoped to see their son waiting for them. Instead, they received news no parent wants to hear: Laspisa’s car had been found wrecked near Castaic Lake.

There was no trace of Laspisa, and too this day, none has been found. Here’s the whole story of one of the most tragic — and baffling — missing persons cases of recent years. 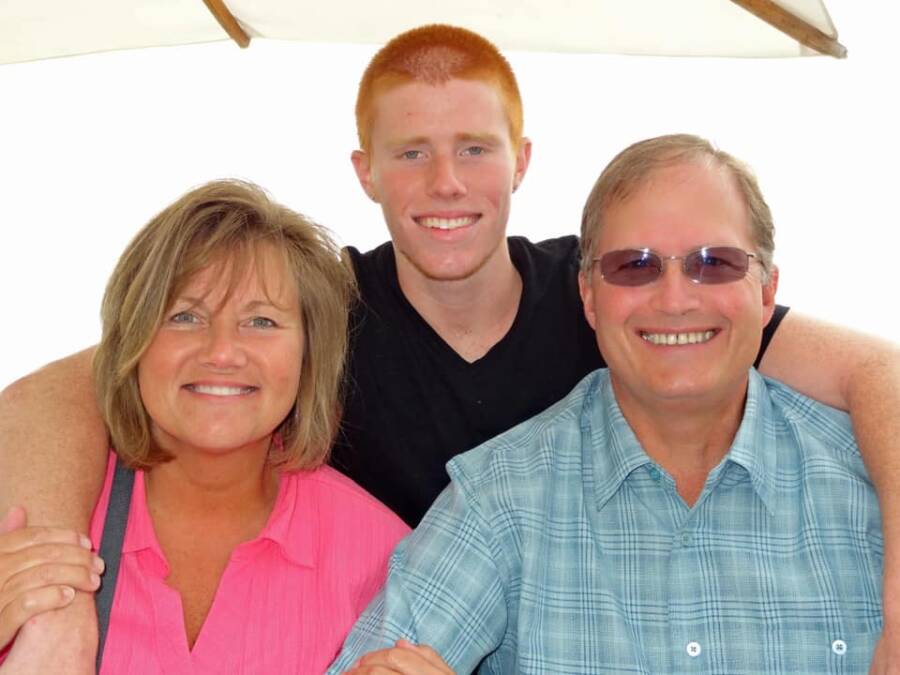 Bryce Laspisa was an only child born on April 30, 1994, to Karen and Michael Laspisa in Springfield, Illinois. He demonstrated artistic talent early on, as well as an easy, charming manner which made it easy for him to win friends.

In 2012, Laspisa graduated from Naperville Central High School outside of Chicago. His parents, newly retired, decided to move the family to California, settling in Laguna Niguel, Orange County. Soon after arriving, Laspisa moved north to Chico, just 90 miles past Sacramento. He was about to begin his freshman year studying graphic and industrial design at Sierra College.

His first year went smoothly. He got good grades, formed a close friendship with his roommate, Sean Dixon, and began dating fellow student Kim Sly. During summer break, he told his parents, girlfriend, and friends that he was eager to go back to school. All seemed well, and his future was bright. 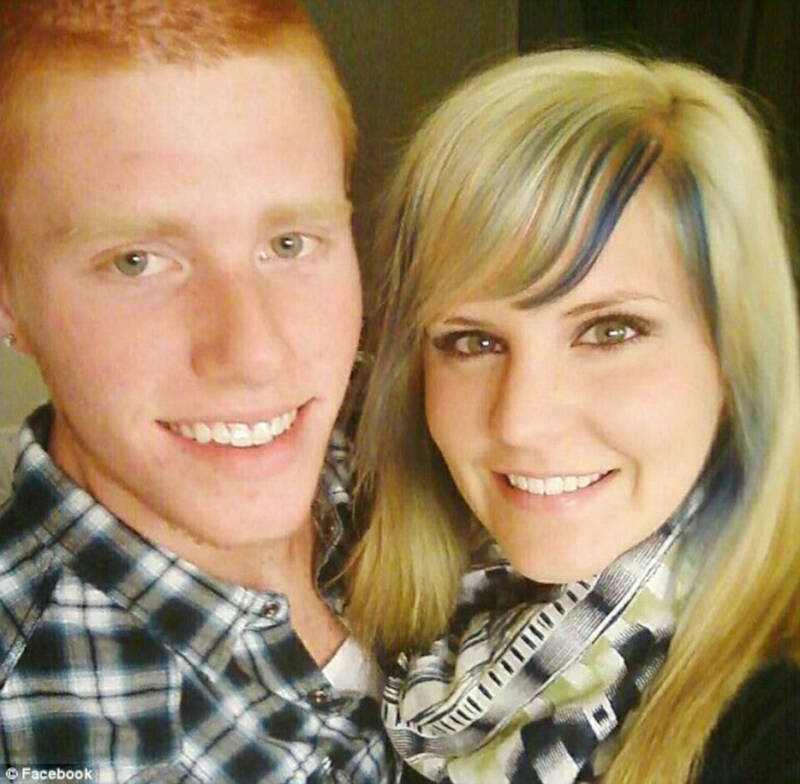 Facebook“I’ve thought about every possible scenario about where he could be and what could’ve happened to him,” Kim Sly later said, about Bryce Laspisa.

When Bryce Laspisa returned to Sierra two weeks before classes were to resume, he seemed fresh and eager. Karen described a phone call they had after his return as normal conversation. He attended classes and reunited with his friends.

Soon, however, Laspisa’s life seemed to slowly unravel. Sean and Kim noticed subtle changes in his behavior: He was becoming more withdrawn, erratic, depressed. Kim recalled that Laspisa admitted to taking Vyvanse, an amphetamine derivative used to treat ADHD, a condition he didn’t have — and with severe side effects including psychosis, depression, and mania.

Sean Dixon reported that Laspisa began drinking hard liquor every day — as much as two fifths in a single weekend — and confirmed Sly’s claim that his roommate had been taking Vyvanse. Laspisa confessed to Kim that he’d taken the drug to stay up playing video games, and although she was alarmed, he seemed dismissive. Something seemed to have gone terribly wrong with him, but no one was quite sure what had happened. 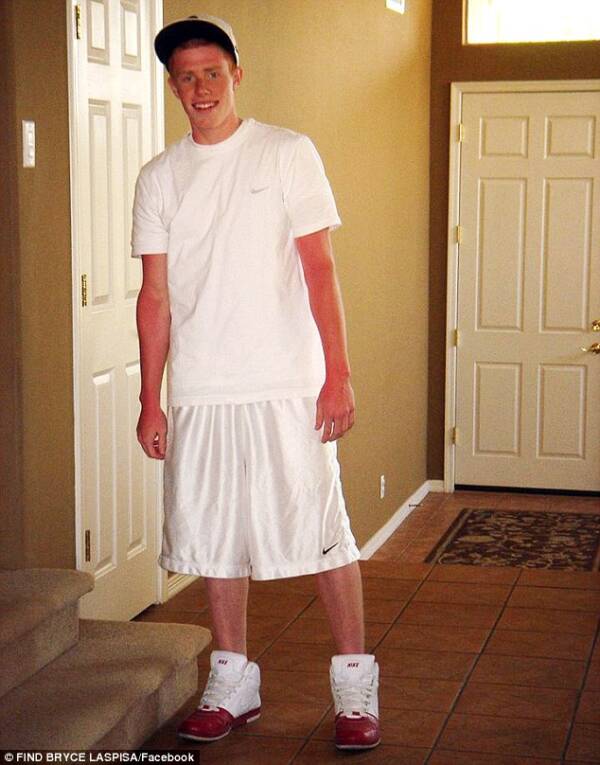 FIND BRYCE LASPISA/FacebookLaspisa was well-liked by his classmates and found it easy to make friends.

According to Sean and Kim, Byrce’s use of Vyvanse became alarmingly frequent during the first two weeks of the fall semester. On August 27, he broke up with Kim by text message, saying that she’d be “better off without [him].”

He also sent Sean an unusually heartfelt text message reading “I love you bro, seriously. You are the best person I’ve ever met. You saved my soul.” That same day, he’d given Sean his Xbox and gave away a pair of diamond earrings given to him by his mother.

On August 28, Sean called Karen Laspisa to tell her that he was worried about her son. Later that night, Laspisa called Karen. He was at Kim’s home, and she was concerned enough about his behavior that she’d taken the keys to his 2003 Toyota Highlander away, believing that he was in no condition to drive. He informed his mother of the argument, and Karen quickly convinced Kim to return his keys and told her son to go home to bed.

Karen offered to fly north to check on him, but he told her not to come until he’d spoken to her the next day. “I have a lot to talk to you about,” he said. He left Kim’s apartment at 11:30 p.m. 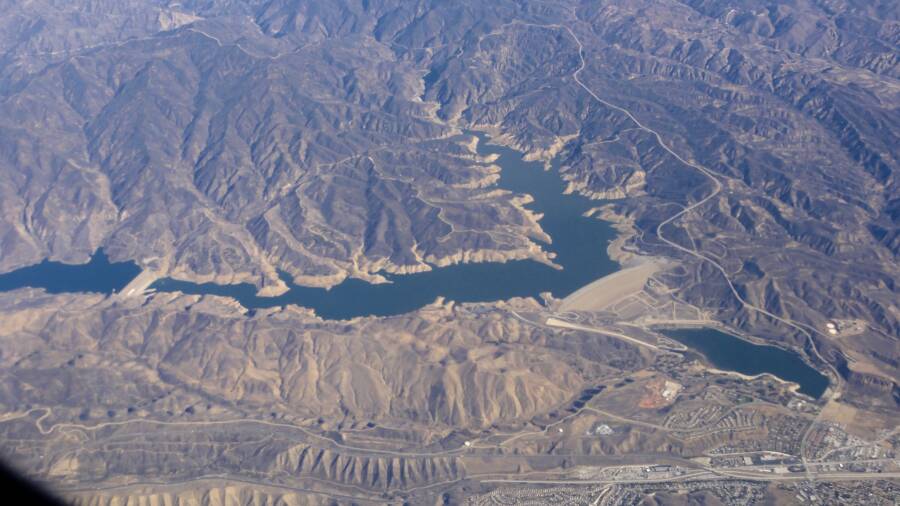 Wikimedia CommonsCastaic Lake, where Laspisa’s car was later discovered. Some investigators believe that he made a failed suicide attempt before setting off to start a new life in disguise.

At 1 a.m. on August 29, Bryce Laspisa called his mother once more. Although she assumed he was calling from his apartment, phone records later showed that he’d called from a location about an hour’s drive south of Rocklin.

Then, at 11 a.m., she and her husband were notified that Laspisa had used their insurance’s roadside assistance service. A man named Christian, owner of Castro Tire and Gas in the town of Buttonwillow, reported that he’d delivered three gallons of gasoline to their son after he ran out of fuel around 9 a.m. Christian offered to return to the spot where he’d seen Laspisa.

There, he discovered Laspisa hadn’t moved in hours. Christian approached to tell him that his parents were worried, and called them to let them know their son’s location. Laspisa agreed to make the three-hour drive home, and Christian watched as he drove off around 3 p.m.

Hours passed, and still the Laspisas hadn’t heard from Laspisa, so they reluctantly filed a missing persons report with the Orange County Sheriff’s Department. By tracking his cell phone, two officers were able to locate him just a few miles from where Christian had seen him. The officers reported that he seemed lucid and friendly, and showed no signs of intoxication, nor were any drugs or alcohol found in his vehicle.

The police told Laspisa that his parents were worried, and when he seemed hesitant to call them, finally dialed for him. Karen told him to come home, and called Christian to check on him. By this point, Michael and Karen were relieved when Christian called to confirm that their son had gotten back onto I-5 and headed south. 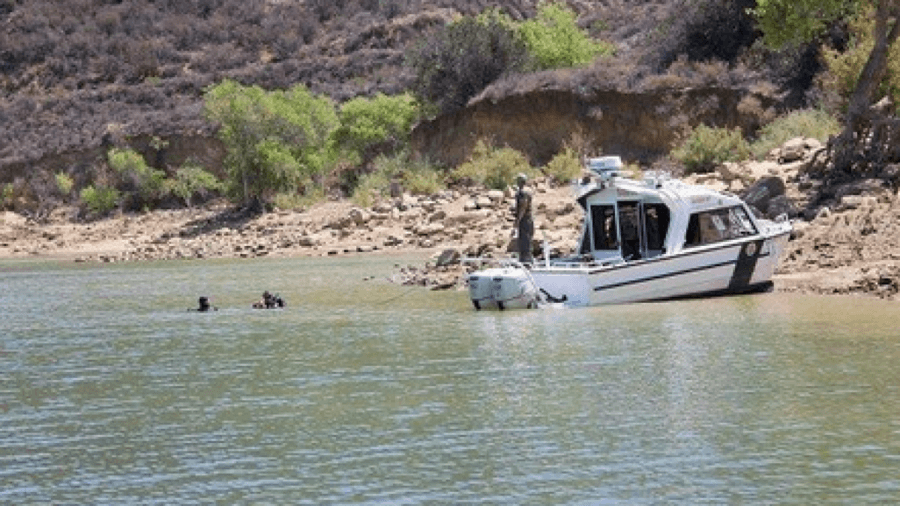 Los Angeles County Sheriff’s DepartmentLarge numbers of searchers and police were called in to search for Bryce Laspisa, but every lead dead-ended.

At 2 a.m. on August 30, Bryce Laspisa called his mother one last time to tell her that he was too tired to drive anymore and would pull off the road to sleep. She agreed with the decision, and expected to see him in the morning.

But when the doorbell rang six hours later, it wasn’t their son the Laspisas found at their doorstep, but a California Highway Patrol Officer. Laspisa’s car had been found abandoned near Castaic Lake. The rear window had been shattered, and his phone, laptop, and wallet were found inside, but there was no trace of Bryce himself.

Surveillance footage showed that at 2:15 a.m., he’d turned onto an access road rather than pulling off for a roadside nap. Divers dredged Castaic Lake and found no trace of him. Police dogs tracked his scent across a bridge to a nearby truck stop, where the trail went cold.

What Happened To Bryce Laspisa? 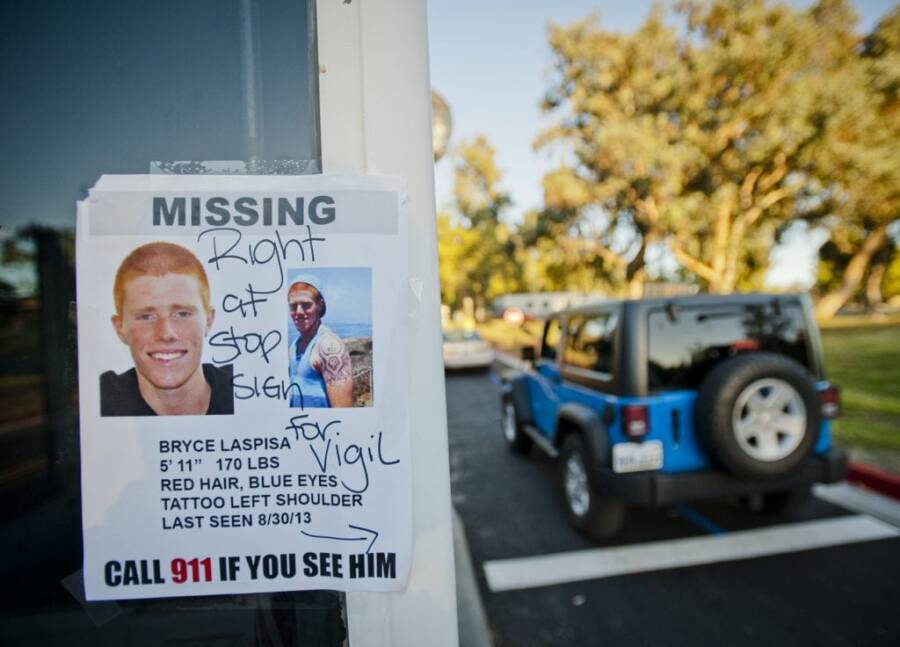 The Santa Clarita Valley SignalThe Laspisas continue to hold out hope that their son has survived.

On Sept. 4, 2013, charred remains found near Castaic Lake were found not to belong to Bryce Laspisa. Four years later, a skull found off nearby Templin Highway was likewise ruled out. Similar reports over the years have also left investigators empty-handed.

Without a body, detectives were unable to close the case. A number of theories were proposed to explain Laspisa’s disappearance. That he’d left behind his phone and wallet could indicate that he intended to abandon his old life for a new one, either under an assumed identity or off the grid.

It’s possible that his drug and alcohol use provoked a psychotic break, or withdrawal from Vyvanse caused a sudden severe depression. It’s also possible that he did die on or around the night of August 30, and his remains have yet to be found.

Whatever the truth, his disappearance was a tragedy for those close to him. “I’ll never give up hope, but it’s really difficult,” his mother told reporters. “It’s gut-wrenching, every day not knowing. It’s a living nightmare.”

In the years since his disappearance, no further clues have emerged. His parents still issue missing persons posters, and remain hopeful that someday they’ll learn the truth.

Now that you’ve learned about the sad mystery of Bryce Laspisa’s inexplicable disappearance, read about the equally baffling vanishing of Oklahoma’s Jamison family. Then, have a look at 11 more disappearances which have stumped detectives for years.