What Happened To The Jamison Family? Inside Their Bizarre Disappearance

The Jamison family of Eufaula, Oklahoma disappeared on October 8, 2009, and though their bodies were found four years later, their case remains a mystery. 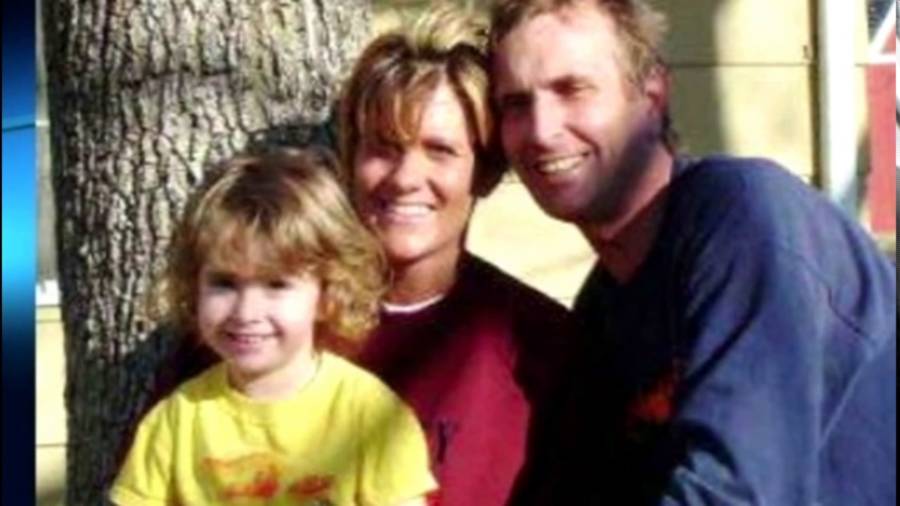 YouTubeThe Jamison family, including Bobby (44), Sherilynn (40), and Madyson (6), not long before their disappearance.

Bobby Dale Jamison, his wife Sherilynn, and their six-year-old daughter Madyson were living what appeared to be normal lives in Eufaula, Okla. — until Oct. 8, 2009. That day, all three of them mysteriously disappeared from their home with no indication of where they could have possibly gone. After a few days of searching, the police turned up the family’s pickup truck, but it only raised more questions that it answered.

The Jamison family truck was found in Latimer County about an hour drive from their home. The family had recently been in the area looking to buy 40 acres of land, where they planned to live inside a storage shed they already owned.

But the items discovered inside the truck seemed to indicate the couple had not planned to be away from the truck for long. Inside, investigators found their IDs wallets, phones, Sherilynn’s purse, and the family dog, which was malnourished but still alive in the backseat of the truck. 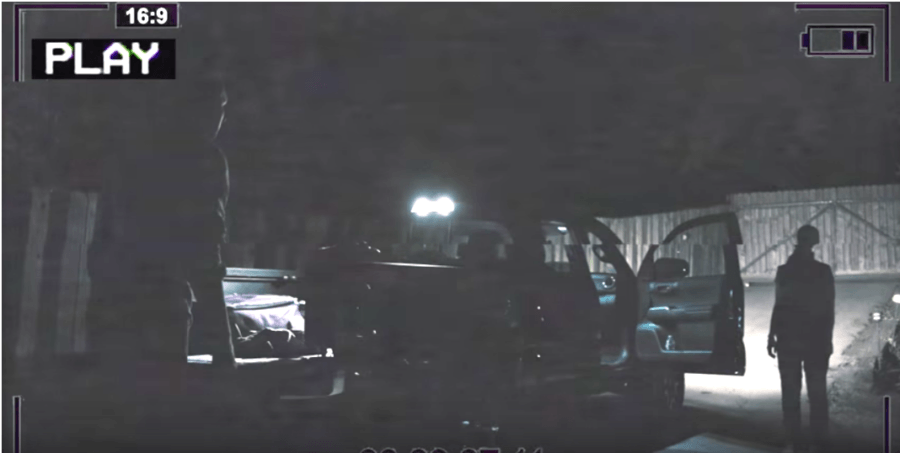 YouTubeSecurity footage from outside the Jamison family home.

They also found about $32,000 in cash. Both Bobby Dale and Sherilynn were on disability at the time of their disappearance, and where they could have gotten that much cash or that they intended to do with it, was unknown. Investigators suspected that drugs may have been involved in the disappearance, and that the large amount of cash was the result of the couple either buying or selling drugs.

But they couldn’t explain why they would have brought their daughter along with them, and it was impossible to tell from the condition of the truck if they had left voluntarily or had been forced out of the car by someone else, perhaps leaving their belongings behind while under duress.

A search party was formed and investigators combed through miles of woods and surrounding area looking for any trace of the Jamison family. They turned up nothing.

The Discovery Of The Jamisons’ Remains Three Years Later

The case went cold until Nov. 16, 2013. That day just three miles from where the Jamison family truck was found four years earlier, hunters stumbled upon the partial skeletal remains of two adults and one child. Forensic testing proved they were the skeletons of the Jamison family, but due to the state of decomposition, the cause of death could not be determined.

The police went back into the case.

First, they uncovered a strange security video taken outside the Jamison family home the night they left. In the video, the couple is seen going back and forth between the house and truck, packing up their belongings. As if that weren’t strange enough, prior to their disappearance, Bobby Dale had gone to his pastor and claimed that his home was haunted, saying that he had “two to four ghosts” on the roof.

Sherilynn has also purchased a Satanic bible, allegedly as a joke. However, Bobby Dale confessed to his pastor that he had read it, leading some people to believe that witchcraft may have been a factor in their deaths.

Sherilynn’s mother, Connie Kokotan, believed that the Jamisons had somehow gotten entangled with a cult and were murdered by violent members. But she never named a cult, and no evidence has ever been discovered to support the theory.

Police did look into the theory that the Jamison family deaths had been a murder-suicide. They uncovered an angry letter written from Sherilynn to Bobby that was eleven pages long. This led them to speculate that Bobby Dale had driven his whole family into the woods, murdered his wife, daughter, and then himself, but this theory couldn’t be proven.

Buzzfeed explores the different theories behind the disappearance of the Jamison family.

Another hypothesis considered was that Bobby Dale’s father, Bob Dean Jamison, had been involved. Bobby Dale had filed a protective order against his dad, claiming that he had threatened to kill him and his family, and that they were afraid for their lives. Bobby Dale’s petition for a protective order paints the picture of a “very dangerous man who thinks he is above the law” and was involved in “prostitutes, gangs, and meth.”

However, Bob Dean Jamison died a mere two months after the Jamison family went missing, and had been in poor health for some time. His brother, Jack Jamison, claimed that he was “either in a hospital or rest home” at the time and, although he was a disturbed individual, he “was not capable of being involved” in the murders.

The Jamison family case seemed to have many leads, but none of them led anywhere conclusive, and investigators remained unsure of what to make of their mysterious disappearance and death. Israel Beauchamp, who had been the Latimer County sheriff at the time, stated that “a lot of investigators would love to have as many leads as we do. The problem is they point in so many different directions.”

Despite all the mysterious clues and theories, police haven’t been able to untangle the mystery of the Jamison family deaths. The case remains unsolved to this day.

Next, read about the strange disappearance of Kris Kremers and Lisanne Froom. Then learn the story of Amy Lynn Bradley, who vanished while on a cruise.