Inside The Heinous Crimes Of Westley Allan Dodd, The Child Molester Who Murdered Three Young Boys In 1989

Westley Allan Dodd estimated that he'd molested at least 175 children before he was hanged in 1993 for killing three boys in Vancouver, Washington.

On Nov. 13, 1989, 28-year-old Westley Allan Dodd was arrested for trying to kidnap a young boy from a movie theater in Camas, Washington. However, when police brought him in for questioning, they discovered something far more sinister — Dodd had sexually abused and murdered three other boys in recent months.

In fact, Dodd had molested dozens of children over the course of 15 years, beginning when he was just 13 years old. He told the police everything, and even more grisly details came to light when investigators discovered Dodd’s diary. Inside, he’d written about his plans to kidnap, torture, and sexually abuse children, as well as descriptions of the murders he’d committed. 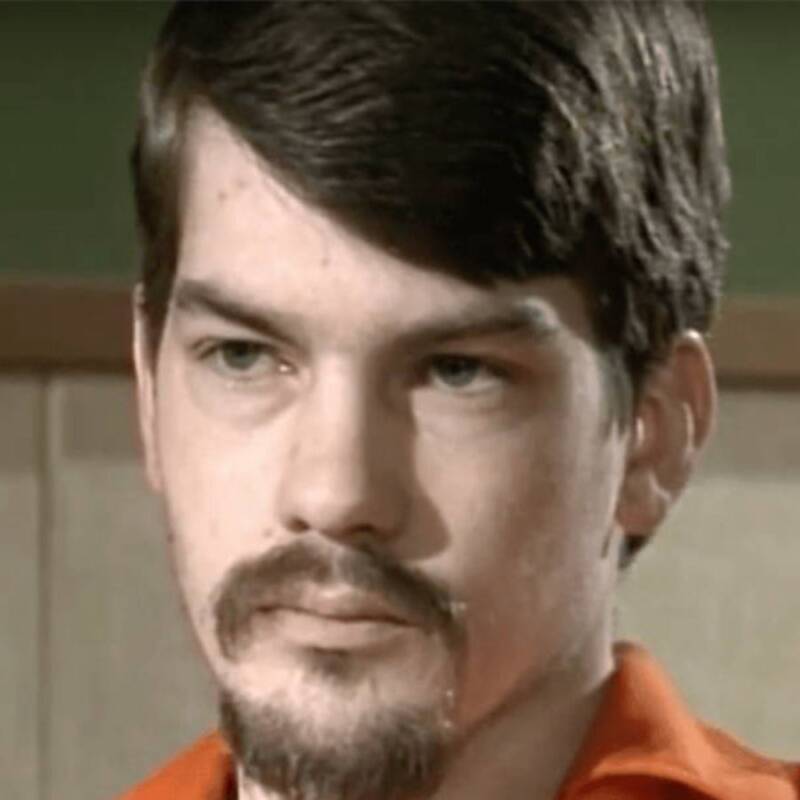 YouTubeWestley Allan Dodd claimed he sexually abused as many as 175 children over the course of 15 years.

Due to his confessions and the overwhelming amount of evidence discovered in his apartment, Westley Allan Dodd was charged with three counts of first-degree murder and the attempted kidnapping of the boy in the movie theater. He pleaded guilty to all charges — and asked to be put to death.

Dodd was executed in January 1993 in the first legal hanging in nearly 30 years. He requested the death penalty, he said, because if he ever got out of prison he would kill again. This is his horrific story.

Westley Allan Dodd grew up in Washington, the oldest of three children in an unhappy home. According to The New York Times, Dodd and his younger sister both told the court that they were raised in a family “without love.” Though it’s not clear if this troubled upbringing contributed to his later crimes, it’s obvious that Dodd’s misdeeds started at an early age.

When he was 13, Dodd began exposing himself to children through his bedroom window. The next year, according to Murderpedia, he molested two of his younger cousins, who were just six and eight years old.

But though he was caught and ordered to attend counseling sessions, Dodd’s heinous crimes didn’t stop there. Throughout his teenage years, he offered to babysit neighborhood children and molested them as they slept. He was arrested on several occasions, but each time he received only a slap on the wrist when he promised he would seek treatment.

In 1981, soon after he finished high school, Dodd enlisted in the U.S. Navy. He was discharged after he was accused of offering money to young boys in exchange for sex on base, but the Navy failed to file criminal charges.

In the following years, he was arrested on at least three occasions for molesting or attempting to molest children. In 1984, Dodd was convicted of sexually abusing a nine-year-old boy, but a judge commuted his 10-year sentence to just four months if he promised to attend counseling. 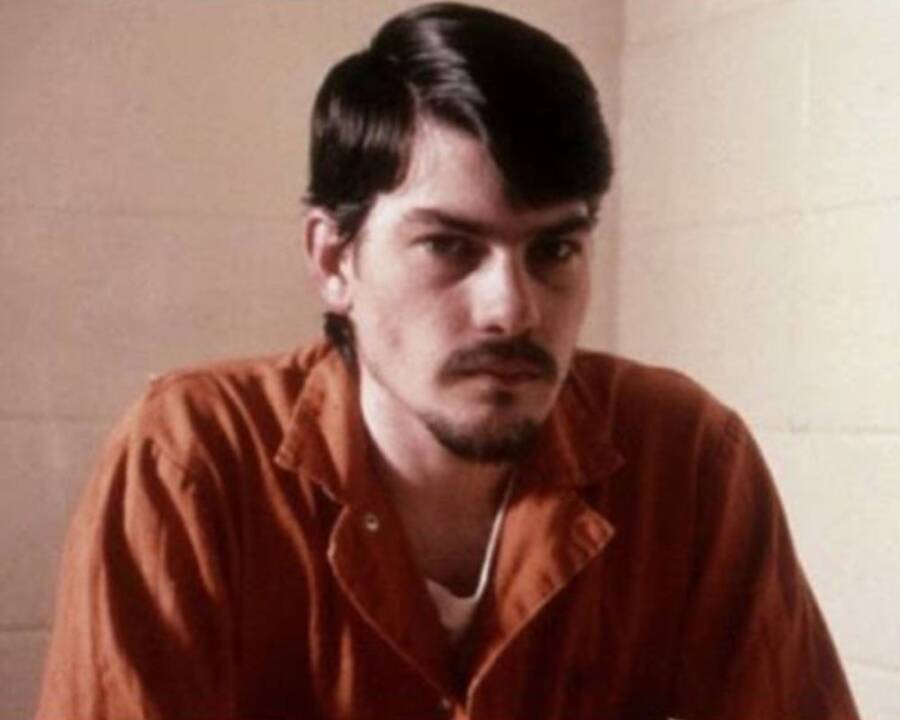 YouTubeAfter he was arrested while trying to kidnap yet another child, Westley Allan Dodd confessed to murdering three boys.

Unfortunately, the court-ordered counseling had no effect on Dodd’s compulsion to harm children. He later wrote in a court affidavit, “Each time I ended treatment, I continued to molest children. I liked molesting children and did what I had to do to avoid jail so I could continue molesting.”

But Westley Allan Dodd’s sexual desires would only grow darker as time went on.

By 1989, Dodd’s sickening diary had become a place where he plotted out his greatest fantasies — and every parent’s worst nightmares. He planned rapes and murders, sketched blueprints for a torture rack he wanted to build, and detailed the atrocious pact he claimed to have made with Satan.

According to Gary C. King’s true crime book Driven to Kill, one entry in Dodd’s diary read: “I’ve now asked Satan to provide me a 6-10 year old boy to make love to, suck and f—, play with, photograph, kill, and do my exploratory surgery on.”

On Sept. 3, 1989, Dodd wrote of a plan to kidnap and kill a child from David Douglas Park in Vancouver, Washington: “If I can get it home, I’ll have more time for various types of rape, rather than just one quickie before murder.”

The very next evening, he hid in the bushes along a path in the park and sought out a victim. While he couldn’t find a child walking alone, he soon spotted Cole Neer, 11, and his brother William, 10. Dodd convinced them to follow him off the path and into the woods, where he bound them with shoelaces and sexually abused them — then stabbed them to death and fled. Less than 15 minutes later, a teenage hiker found their bodies.

Over the next two months, Dodd filled a scrapbook with newspaper clippings about the boys’ murders. And on Oct. 29, 1989, he struck again. 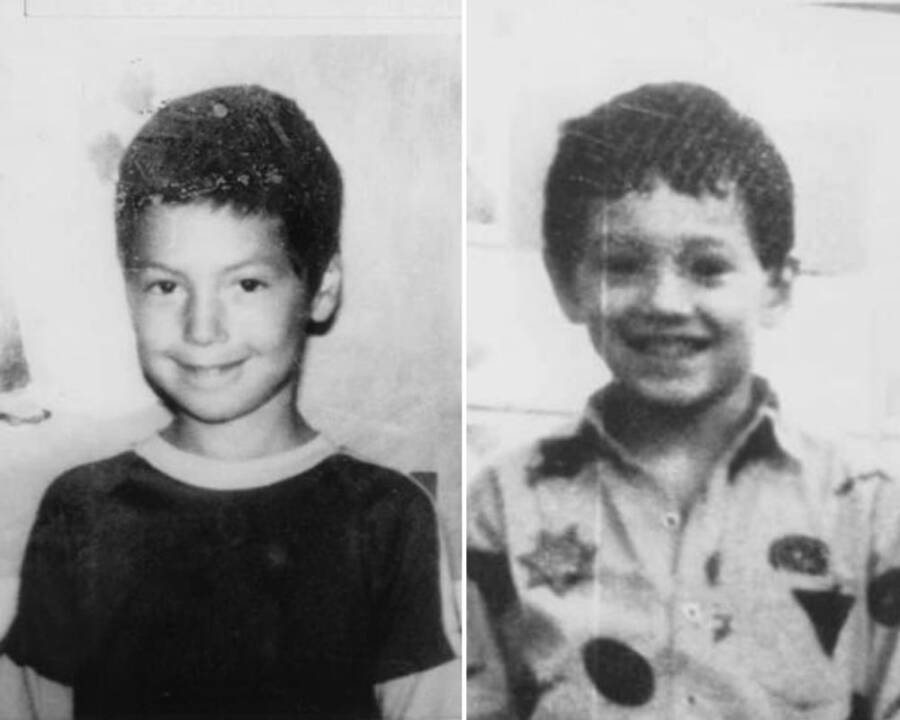 Twitter/SpookySh*t PodcastWilliam and Cole Neer were 10 and 11 years old when they were molested and murdered by Westley Allan Dodd.

That day, he drove to nearby Portland, Oregon and abducted four-year-old Lee Iseli from a playground. He took him back to his apartment, where he molested him multiple times while photographing him nude.

Later that evening, Dodd took young Iseli to McDonald’s and Kmart, bought him a toy, then returned home to continue sexually abusing him. The boy finally fell asleep, but according to Dirk C. Gibson’s book Serial Murder and Media Circuses, Dodd woke him to tell him, “I’m going to kill you in the morning.”

When morning came, Dodd did indeed kill Iseli, choking him until he was unconscious then reviving him just to hang him from a rod in the closet. Dodd photographed his body then dumped him near Vancouver Lake.

Westley Allan Dodd kept Lee Iseli’s tiny Ghostbusters underwear in a briefcase beneath his bed along with the photos he’d taken.

Though Iseli’s body was soon discovered, sparking a manhunt for the killer, Dodd remained under the radar. He may have even gotten away with all three murders if he hadn’t tried again.

Just two weeks after killing Lee Iseli, Westley Allan Dodd walked into a movie theater in Camas, Washington for a showing of Honey, I Shrunk the Kids. Dodd wasn’t there to watch the film, though. As the lights dimmed, he scanned the dark room for his next victim.

When he saw six-year-old James Kirk walking to the restroom alone, he quickly followed him. In the bathroom, Dodd picked the boy up, threw him over his shoulder, and tried to leave the building. But Kirk put up a fight, screaming and hitting Dodd and drawing in witnesses.

Dodd released Kirk, ran to his yellow Ford Pinto, and attempted to flee the scene. But according to the Seattle Times, Kirk’s mother’s boyfriend, William Ray Graves, had heard Kirk’s cries and began running after Dodd.

As fate would have it, Dodd’s car broke down just a few blocks away, and Graves quickly caught up with him.

Graves later recalled, “I whipped him around and put a choke hold on him and said he was detained and we were going to the cops. I told him, ‘If you try to get away I will snap your neck.'”

Graves then physically hauled Dodd back to the theater, where other witnesses bound Dodd’s arms with a belt as they waited for the police to arrive.

Once in custody, Dodd eventually confessed to murdering Iseli and the Neer brothers. And when police searched his home, they found the photographs of Lee Iseli, his Ghostbusters underwear, Dodd’s chilling diary, and even the homemade torture rack he’d started to build.

Westley Allan Dodd’s disturbing crimes had finally come to light, and oddly enough, it was Dodd himself who insisted that he deserved the death penalty for his actions.

The Execution Of Westley Allan Dodd

In court, Dodd refused to speak in his own defense, claiming it was pointless. According to TIME, he requested instead that he be executed by hanging, the same way Lee Iseli had died. He stated that he hoped that it would bring peace to his victims’ families. 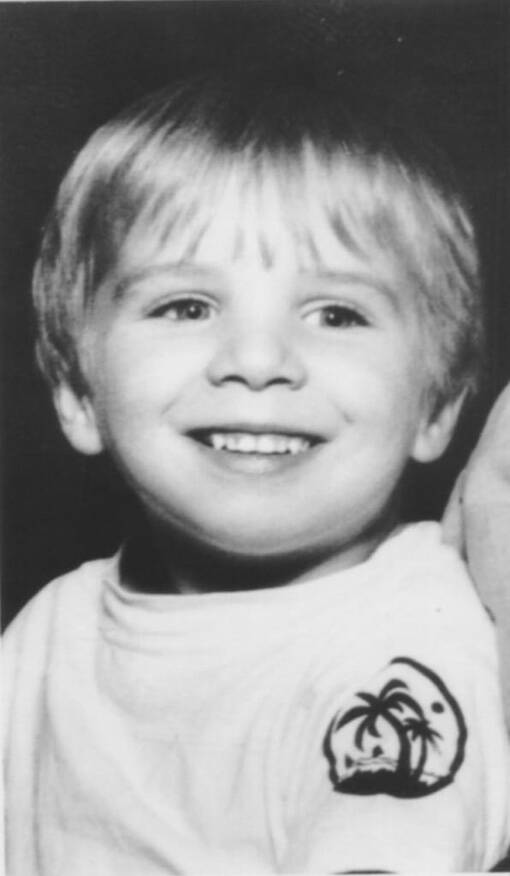 Dodd seemingly understood that the legal system had failed to stop him too many times before. He was confident that if he were to be released, he would remain a danger to children.

“I must be executed before I have an opportunity to escape or kill someone else,” he said in a court brief. “If I do escape, I promise you I will kill and rape again, and I will enjoy every minute of it.”

In the end, Dodd got his wish. He was hanged on Jan. 5, 1993, the first judicial hanging in the United States since 1965. The technique was now so unfamiliar that the executioners had to use an Army manual from the 1880s as a guide, as reported by The New York Times.

Dodd’s final words were: “I was asked by somebody, I don’t remember who, if there was any way sex offenders could be stopped. I said no. I was wrong. I said there was no hope, no peace. There is peace. There is hope. I found both in the Lord Jesus Christ.”

After learning about the heinous crimes of Westley Allan Dodd, read about Edmund Kemper, the killer whose story is almost too gruesome to be real. Then, go inside the life of Pedro Rodrigues Filho, the real-life Dexter who killed other serial killers.