The funeral pyre in Salorno—Dos de la Forca in the Italian Alps is the first of its kind ever discovered and was found to contain the remains of eight generations of families. 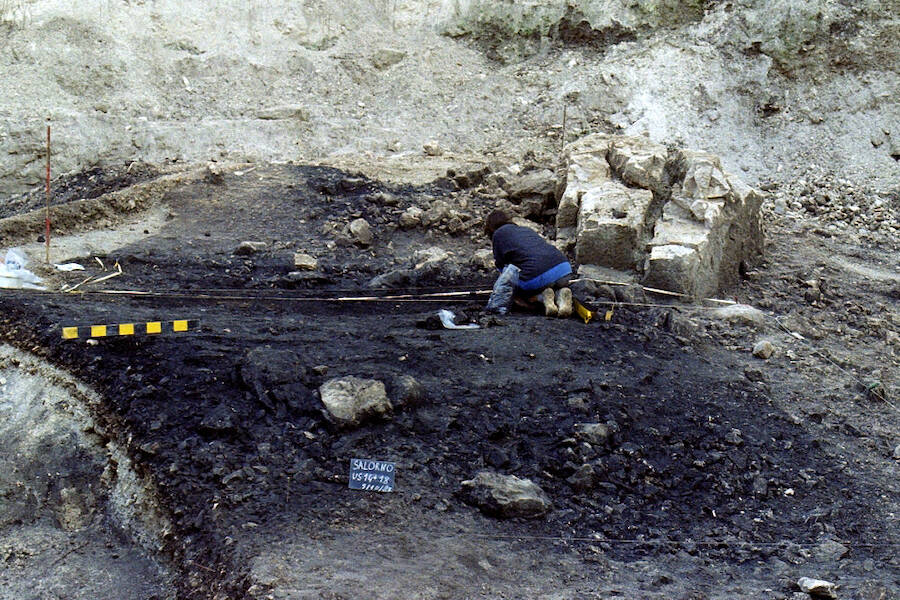 Salorno—Dos de la Forca has captivated historians for decades. The 3,000-year-old site was first discovered and identified as a funeral pyre in 1986. But only now have bioanthropologists completed excavations and offered detailed analyses of its charred contents — and learned they were the cremated remains of up to 172 people.

According to the science magazine Cosmos, the archaeological site remains most intriguing for its unorthodox approach to ritual cremation. A widespread practice from southern Italy to Central Europe from 2000 to 27 B.C.E., any remains were typically stored in urns.

But at Salorno, they were left on the ground and somehow remained untouched for millennia.

Dated between 1150 to 950 B.C.E., the site also yielded the charred bone fragments of animals, bronze burial goods, and pottery shards. It also held an oddly shaped boulder that has continued to confound the experts. As published in the PLOS ONE journal, a new study aims to excavate the full truth. 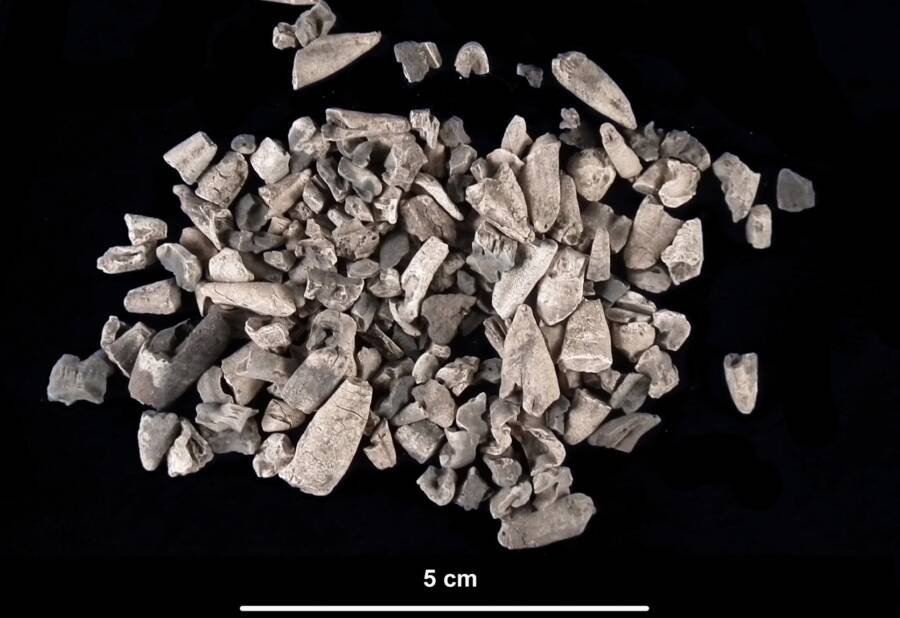 “Salorno must have been a ‘sacred’ place for its community, in the way it was chosen but also protected from being looted or destroyed, but we cannot assess why exactly,” Federica Crivellaro, co-author of the study, told Gizmodo.

“The fact that it serendipitously was preserved till today is simply very special.”

With 141 pounds of human remains, the site was clearly an ustrinum, or a cremation platform in Latin. It is estimated that 48 to 172 people were burned at the site, based on the weight of modern cremations, where men are reduced to 5.5 pounds, women to 3.9 pounds, teenagers to 2.2 pounds, and infants to 1.1 pounds, per the study.

Skeletal and dental analyses showed that at least one six-year-old and one 13-year-old were cremated here. Salorno—Dos de la Forca burned at over 1292 degrees Fahrenheit and yielded at least 48 cups, five biconical vessels, four bowls, three cone bowls, and two ceramic jars believed to have been part of the funerary rites. 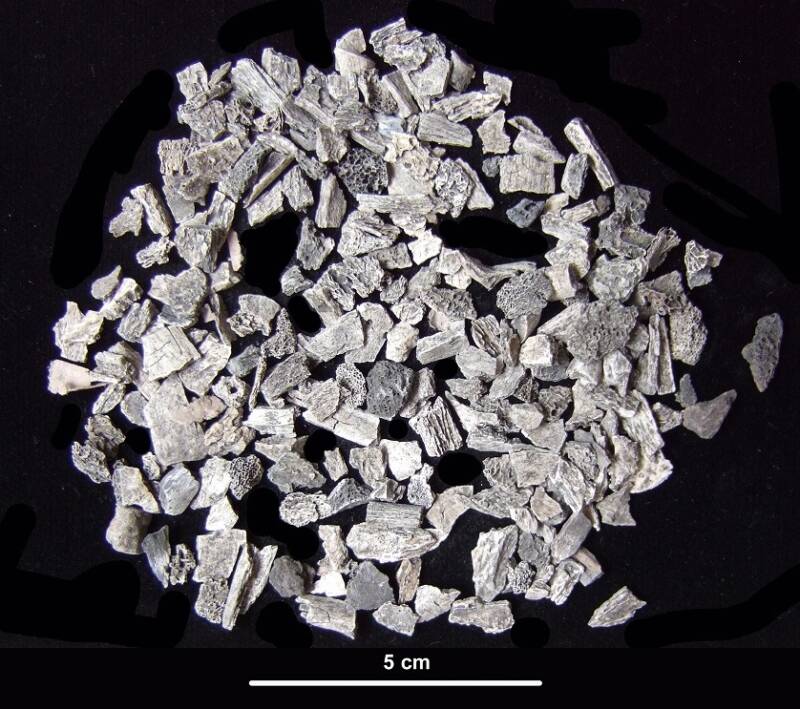 Previous studies have long suggested that friends and relatives of the dead partook in libation rituals before throwing their cups into the burning pyres. A Stony Brook University bioanthropologist, Crivellaro is most captivated by the fact that the bodies were never stored in urns together with their personal items.

“What is interesting at Salorno is that differently from contemporary known cemeteries characterized by fields of cinerary urns or burials, this site appears as something very different: a pyre of dead bodies that were not selected for burial but intentionally left in the open, commingled with offerings and their own personal goods”

Speaking with the Italian news site Alto Adige, Milan State University’s Umberto Tecchiati most often the burial sites are located far away from the place of cremation.

“Usually, in fact, the burning of the deceased and the collection of the remains took place in a different place from that of burial,” he said. “In Salorno, on the other hand, the place of combustion coincides with that of burial, which would indicate a deviation from the funeral norm.” 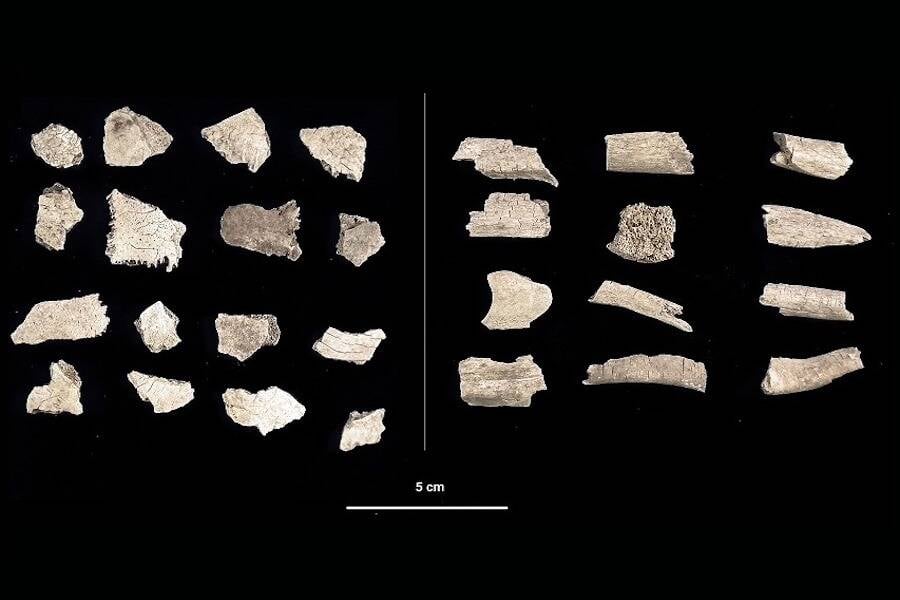 PLOS ONEVarious cranial and long bone fragments that exhibited morphological changes due to the high temperatures of cremation.

Certain cracks in the bones confirmed the remains suffered head-induced expansion, while their stark white color revealed just how high the temperatures were. Meanwhile, the aesthetic changes found in the recovered goods suggested the site was used for at least two centuries — while the identity of the dead remains mysterious.

However, according to Alto Adige, researchers are sure that the funeral pyre was in use for eight generations. By studying regional settlements of the time and the quality of the grave goods, they also deduced that those burned at Salorno either comprised a group of nuclear families or wealthy elites. Ultimately, the heat from cremation left Crivellaro to say for sure.

“Cremated human remains are never sexy for traditional physical anthropology as they are fragmented, deformed, and skeletons and teeth are normally depleted of DNA,” she told Gizmodo.

After reading about the Salorno—Dos de la Forca site, learn about the Ancient Roman gold coins worth millions found in Italy. Then, read about the 3,200-year-old Bronze Age sword found in Spain.