Richard and Suzanne Gilson discovered $1,000 in cash buried in the yard — all dating back to 1934. 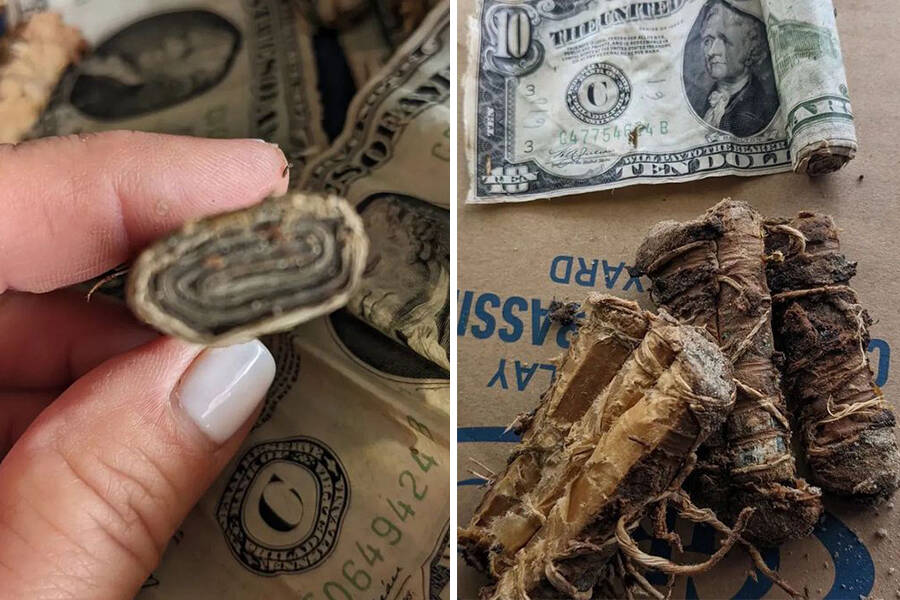 Suzanne GilsonThe cash was found rolled into tight bundles about the size of a cigar.

Homes built in the early-to-mid-1900s often belonged to a generation of people who said, “Don’t waste money calling a repairman, I’ll do it myself.” This, of course, means it’s not uncommon for couples to buy an old “fixer-upper” and find something strange in their home.

That said, most people don’t find bundles of cash buried in the yard.

However, this is exactly what happened to Richard and Suzanne Gilson when they were doing some landscaping at their New Jersey home last month.

Working with a mini-excavator, Richard Gilson unearthed a significant amount of debris from around the couple’s home. As NJ Advance Media reported, Gilson initially believed he had uprooted weeds that were littered throughout the yard, but upon closer examination, he realized he was actually looking at tightly wound rolls of cash, about two inches in diameter.

“I got to look at the edge, and it had a green tint to it, and I said, ‘This is money,'” Gilson said. “It looked like little mini-cigars all bound up together. As I broke it apart, I started to see what it was.”

Initially, the bills were too wet to determine a total value. After letting the bills dry overnight, Gilson found that he had uncovered $1,000 — all in $10 and $20 bills that were all issued in 1934.

The Gilsons purchased their home along the Jersey Shore four years ago and have been gradually renovating, including elevating the house and adding a new foundation and an addition. And while the discovery of the cash was exciting in and of itself, it also raised several questions — chiefly, who buried the cash and why?

Speaking with CBS3, Gilson offered his own theory. “Either somebody during the Depression closed their bank account because they didn’t trust it and decided to bury it under the house, or somebody stole it and was trying to hide it, and his last thought before he died was, ‘Oh that money, I forgot about it,'” he said. 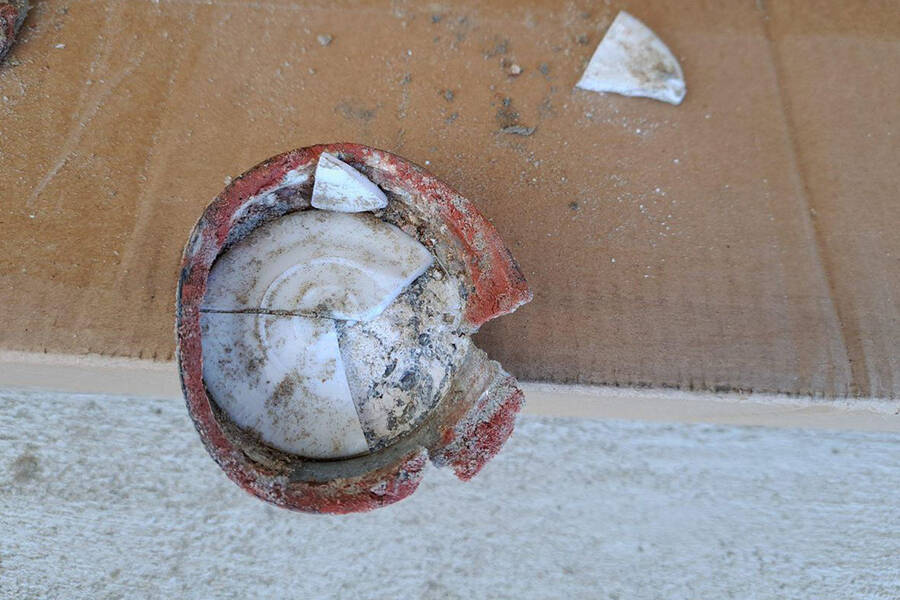 Suzanne GilsonGilson found the rolls of cash packed together in bundles and the fragments of a jar he believes they were stored in.

A few days later, Richard Gilson and a friend were working to install a new walkway when they came across a second bundle of cash. Nearby, they also found a broken jar, which Gilson believes the bundles were stored in before they were buried. Even more interestingly, the bottle was marked on the bottom with a number seven.

Gilson told NJ Advance Media that he doesn’t plan on opening the second bundle, though, preferring to keep it intact as a way of chronicling the discovery.

Gilson said that the story is worth more to him than the potential $2,000 he unearthed — though he noted that he might feel differently if the amount was closer to $40,000.

Naturally, the discovery piqued interest among Gilson’s neighbors, many of whom have been stopping by the house to see the cash for themselves.

An older woman who lives a few doors down from the Gilsons visited them to say that she knew a man who used to live there.

“She said that there used to be a guy that she remembers as a little kid that used to just always have a shovel in his hand,” Gilson said. “He was always planting something or burying something or digging here and there.”

Gilson figured that she was recalling childhood memories from the 1940s or ’50s. 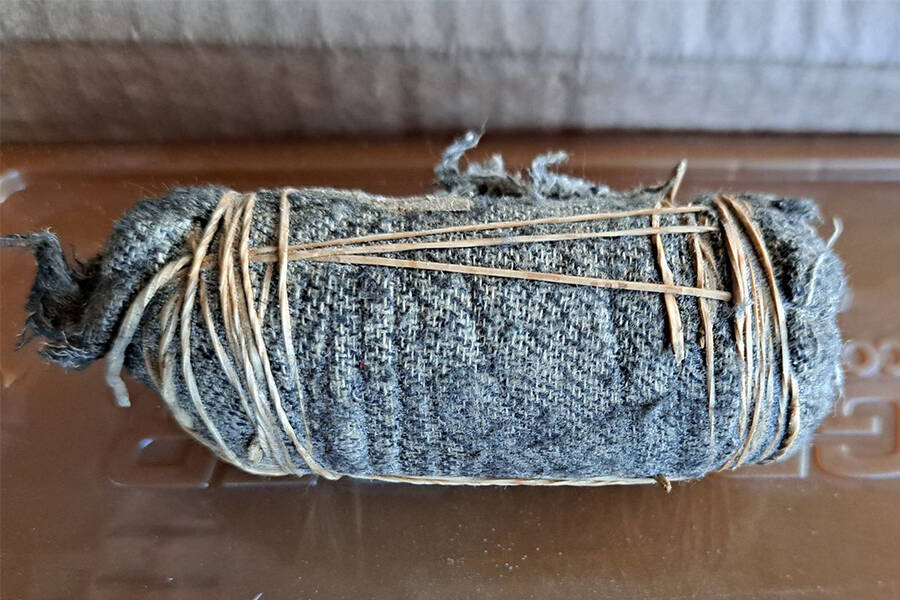 Suzanne GilsonAlthough some people believe there may be more cash littered throughout the property, Gilson is not interested in finding it.

However, a woman claiming to be the granddaughter of the former property owner recently got word of the discovery and offered a potential explanation. The woman told Gilson that her grandfather’s family, like so many others, fell on dark times in the 1930s and buried the cash for a rainy day — and that the family had long been curious about what became of it.

Whatever the case, while there could potentially be more money yet to be unearthed, Gilson doesn’t want to turn his home into an archaeological dig site to find it.

“I’m not interested in finding it, to be honest with you,” he said. “I just want to finish my house.”

If you found this historic cash discovery fascinating, then read about what happened when a skeleton wearing thigh-high boots was uncovered in London. Or, find out about the silver coins found in Poland that may have been a ransom payment to a Viking.