The Tragic Story Of Christa McAuliffe, The Teacher Killed In The Challenger Disaster

Christa McAuliffe was supposed to be the first American civilian in space — but her story ended in tragedy when her space shuttle exploded in 1986. 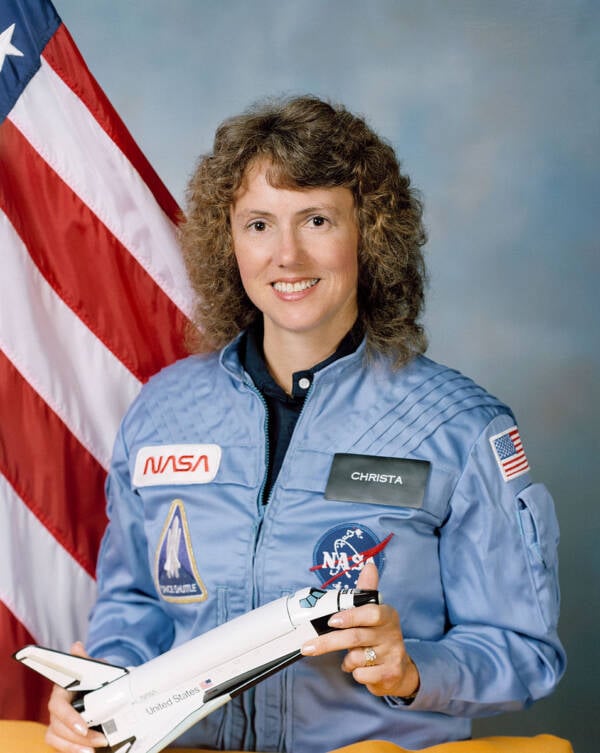 In 1984, NASA announced a new program: the Teacher in Space Project. The initiative would put the first American civilian in space, and more than 11,000 teachers applied for the honor. Christa McAuliffe was thrilled when she was selected as the winner — but she tragically died before she ever made it out of the Earth’s atmosphere.

A high school teacher from Concord, New Hampshire, McAuliffe applied for the program because she wanted to take her students on the “Ultimate Field Trip.” After she won, she spent months training for her mission and planning the video lessons she would record while she was in space.

But when the Space Shuttle Challenger lifted off on Jan. 28, 1986, disaster struck. The spacecraft exploded just 73 seconds after liftoff, killing McAuliffe and the other six crew members.

Christa McAuliffe’s family watched from the ground in horror as the space shuttle disappeared into a cloud of vapor and they realized something had gone horribly wrong. After the tragedy, they were shocked to learn that it could have been prevented.

How Christa McAuliffe Won A Spot On The Space Shuttle Challenger

Born in 1948, Christa Corrigan McAuliffe grew up in suburban Massachusetts. According to Encyclopedia Britannica, she began teaching in 1970, and she impressed her students and colleagues alike with her drive and dedication.

That same year, she married Steve McAuliffe, and they soon welcomed two children: Scott and Caroline.

Raised in the Space Age, McAuliffe was fascinated by space missions from an early age. When she was in high school, she told one of her friends, “Do you realize that someday people will be going to the moon? Maybe even taking a bus, and I want to do that!”

In 1984, Christa McAuliffe finally got the chance. President Ronald Reagan announced the Teacher in Space Project, an incentive NASA hoped would increase public interest in the Space Shuttle program — and thus lead to more financial support from the government.

McAuliffe sent in her application at the last minute, rushing to the post office after school on the very day of the deadline to mail it off.

In the application, McAuliffe recalled watching the first satellites launch as a young girl.

“I was caught up with their wonder,” McAuliffe wrote, according to the Associated Press. “I cannot join the space program and restart my life as an astronaut, but… I watched the Space Age being born and I would like to participate.” 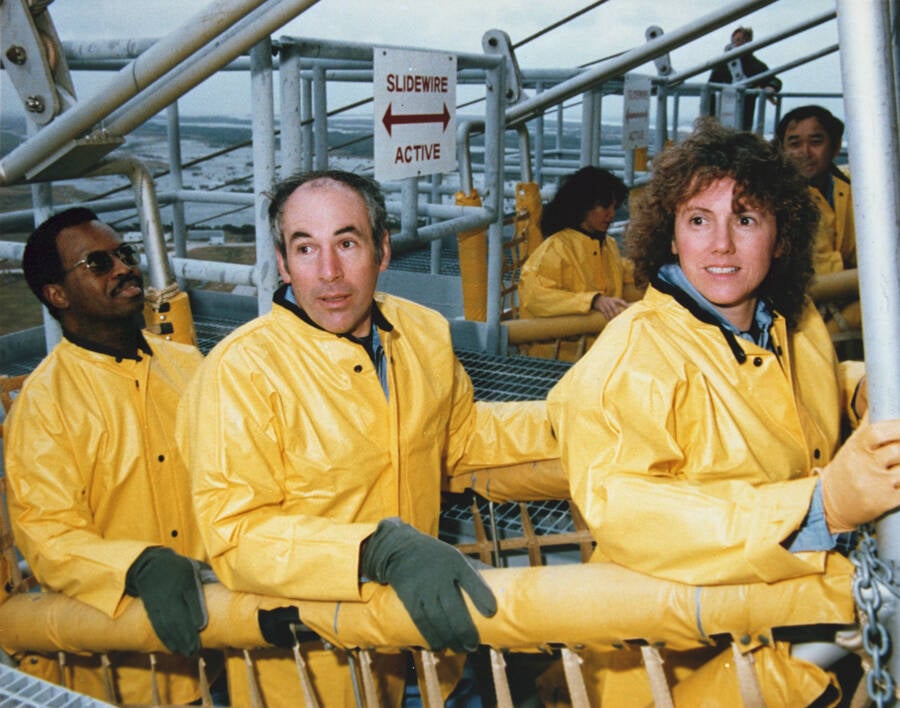 NASAMcAuliffe and members of the Challenger crew during emergency egress training in Jan. 1986.

McAuliffe also detailed the ways she would use the once-in-a-lifetime experience to share the wonders of space with students around the world. She planned to record two video lessons from the space shuttle that would be transmitted to Earth and broadcast on television. And when she returned to solid ground, she would spend several months traveling around the country and lecturing about her time in space.

McAuliffe’s impressive application snagged her a spot as a finalist. During her last interview before the winner was announced, she said, “I’ve always been concerned that ordinary people have not been given their place in history. I would like to humanize the Space Age by giving the perspective of a non-astronaut. Space is the future. As teachers we prepare the students for the future. We have to include it, space is for everyone.”

In July 1985, Vice President George H. W. Bush announced that Christa McAuliffe would become “the first private citizen passenger in the history of space flight.” In her acceptance speech, McAuliffe said, “It’s not often that a teacher is at a loss for words.”

Weeks later, Christa McAuliffe began training for the experience that would change her life — and tragically end it.

The Devastating Death Of Christa McAuliffe In The Challenger Disaster

According to Biography, Christa McAuliffe began preparing for her space mission in September 1985. She spent 120 days in astronaut training at the Johnson Space Center in Houston, Texas, returning home only for the holidays.

During her lessons, McAuliffe learned how to operate controls in the cockpit and took flights to simulate the weightlessness that she would experience in outer space. When she completed the training, McAuliffe earned the designation of payload specialist from NASA. 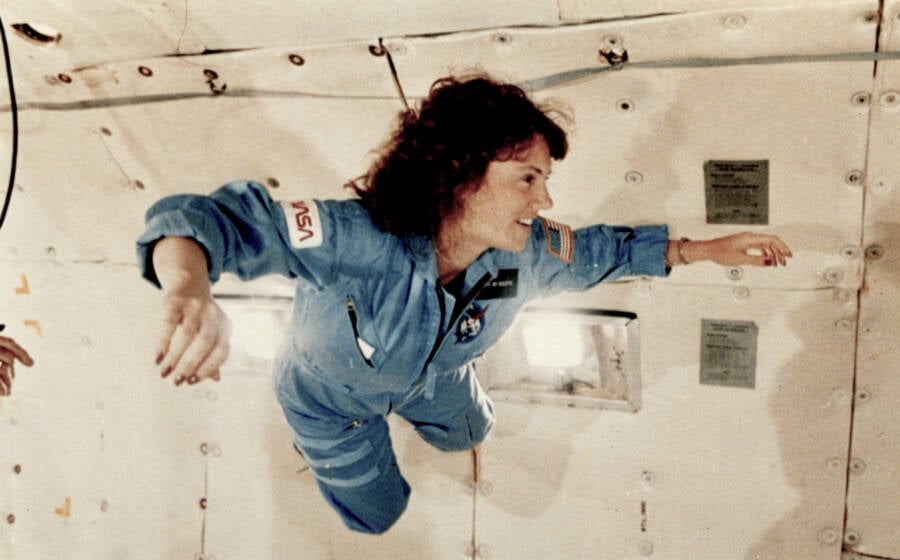 As the launch date approached, McAuliffe carefully packed for her journey, selecting six cassette tapes for entertainment and a camera to take pictures.

The space shuttle was initially supposed to take off on Jan. 22, 1986, but a slew of weather problems and technical issues pushed the launch date back several times.

According to New England Today, McAuliffe carried mementos of her family on board. She brought her husband’s class ring, her daughter’s necklace, and a stuffed frog her son had gifted her. She also brought a photo of her high school students and a t-shirt that read, “I touch the future. I teach.”

McAuliffe’s husband and two children, who were six and nine at the time, watched the space shuttle take off from the roof of the nearby Launch Control Center, while her parents and sister cheered from the crowd gathered at the Kennedy Space Center. Meanwhile, several of McAuliffe’s high school students had traveled to Florida to view the launch, while the rest gathered in the school cafeteria back in New Hampshire to watch it on live television.

The Space Shuttle Challenger lifted off from the Kennedy Space Center in Cape Canaveral, Florida at 11:38 a.m. Just 73 seconds later, the shuttle suffered a catastrophic failure.

According to TODAY, former student Tammy Hickey recalled, “We were in the cafeteria, and everybody was cheering, and it was really loud. When it actually exploded, we thought it was the rocket booster separating, so we were still cheering.”

She continued, “One of the teachers was in the cafeteria, and he just said, ‘Everybody shut up!’ It was dead silent after that.” 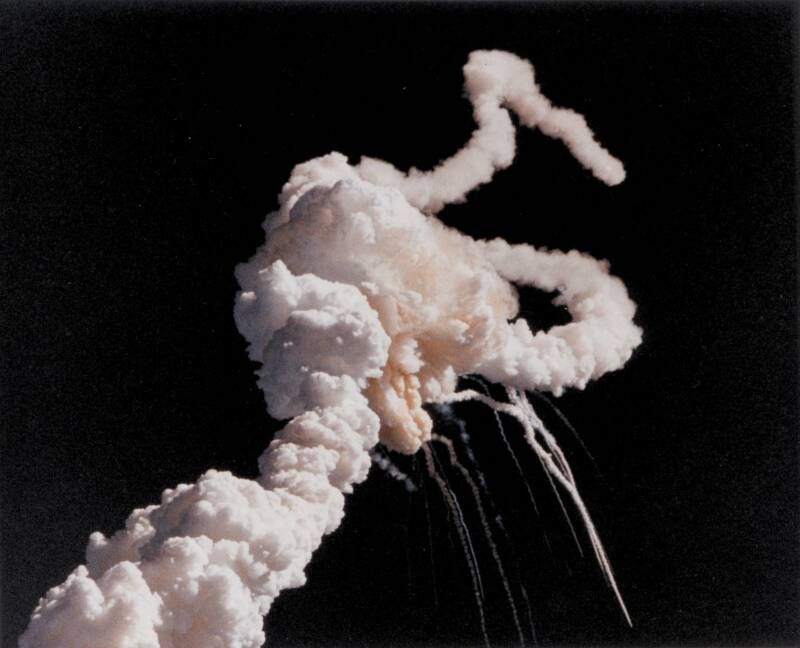 The spacecraft had exploded, breaking to pieces in mid-air and sending its occupants hurtling into the ocean 46,000 feet below.

Another one of McAuliffe’s students, Holly Merrow, later said: “I looked at a friend sitting next to me, and there’s probably 10 or 12 of us in the room, and I said, ‘I think that’s supposed to happen.’ I looked at my chemistry teacher that was there, and she was just crying and bawling.”

The disaster killed all seven members of the crew, including Christa McAuliffe. After the shuttle fell back to Earth, NASA salvage crews spent weeks recovering shuttle fragments and the remains of the crew members.

Christa McAuliffe’s body was transported back to her home in Concord, New Hampshire, where her family held a private burial service.

The Legacy Of Christa McAuliffe And The Challenger Crew 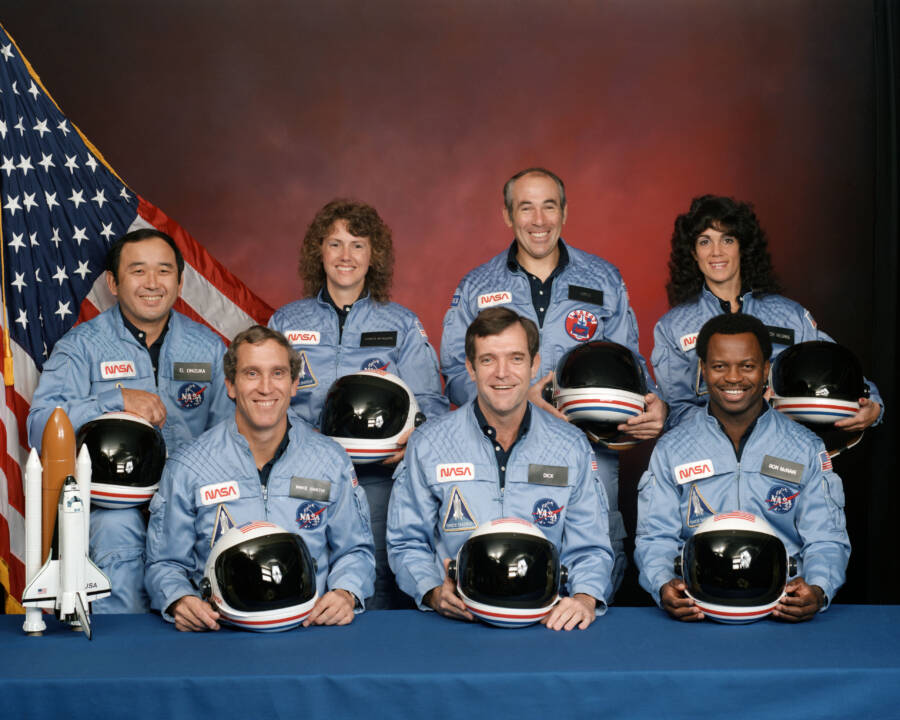 In an Oval Office address, President Ronald Reagan said solemnly, “The crew of the space shuttle Challenger honored us by the manner in which they lived their lives. We will never forget them, nor the last time we saw them, this morning, as they prepared for their journey and waved goodbye and ‘slipped the surly bonds of earth’ to ‘touch the face of God.'”

In the immediate aftermath of the Challenger disaster, a commission investigated the cause. They determined that because Florida was experiencing much colder than usual temperatures, icicles had formed around the space shuttle. According to Space, freezing weather caused an O-ring on the rocket boosters to fail, causing a million tons of rocket fuel to catch fire.

Even worse, the investigation showed that the disaster could have been prevented. The pressure to launch in below-freezing temperatures — and the desire for good publicity with McAuliffe’s space flight — kept NASA from calling off the mission. 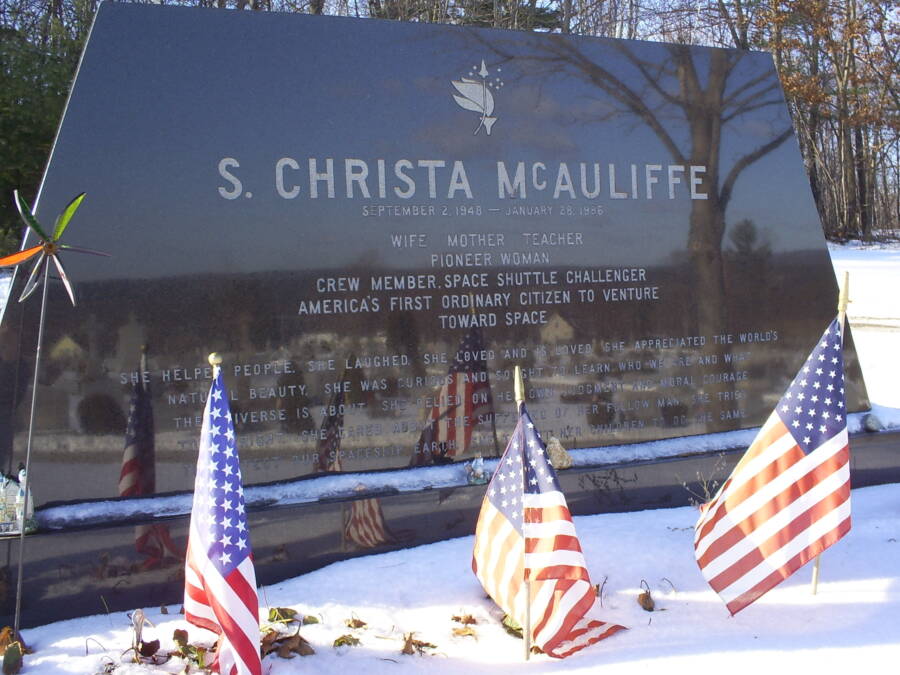 For more than two years, NASA didn’t send any astronauts to space. The disaster also ended the Teacher in Space Project, and NASA abandoned the attempt to send a civilian outside of the Earth’s atmosphere for the next 20 years. Finally, in 2007, teacher Barbara Morgan — who had been McAuliffe’s backup in 1986 — journeyed to space on the Endeavour.

Christa McAuliffe received the Congressional Space Medal of Honor in 2004. And in the years following her death, everything from schools to a planetarium to a crater on the moon were named in her memory. But in what’s perhaps the best legacy of all, both of McAuliffe’s children followed in her footsteps and became teachers.

The dedicated educator inspired hundreds of children to learn more about outer space, and her zeal for life perseveres in the memories of everyone who knew her. As McAuliffe herself put it, “If you’re offered a seat on a rocket ship, don’t ask what seat. Just get on.”

After learning about the tragic death of Christa McAuliffe, discover how the Challenger disaster could have been avoided. Then go inside Wally Funk’s 60-year journey to space.