In 1989, Lyle and Erik Menendez brutally murdered their parents in their Beverly Hills home. Then, they made shocking allegations of abuse in court. 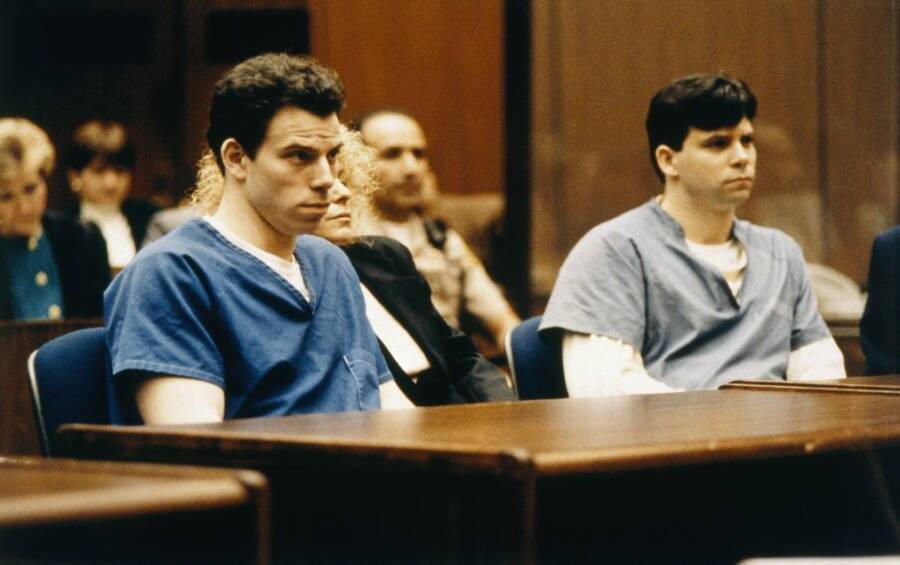 When Jose and Kitty Menendez were killed in Beverly Hills on a summer night in 1989, their violent deaths shocked Los Angeles. But their brutal murder was just the beginning. Before long, the blame for their slaying was pinned on their sons, 21-year-old Lyle and 18-year-old Erik, and the story of the Menendez brothers would soon captivate America.

In a trial filled with twists and turns — which played out on the nascent Court TV — Lyle and Erik admitted to murdering both of their parents on August 20, 1989. They denied, however, that they’d killed their parents merely to inherit their millions. Instead, Lyle and Erik claimed that they’d killed Jose and Kitty after years of constant emotional, physical, and sexual abuse.

As a transfixed nation watched, Lyle and Erik Menendez described years of alleged maltreatment at the hands of their mother and father. The Menendez brothers sobbed on the stand, gave graphic descriptions of molestation and incest, and offered anecdotes of their father’s cruel personality.

This is the story of the Menendez brothers and the murder of their parents. 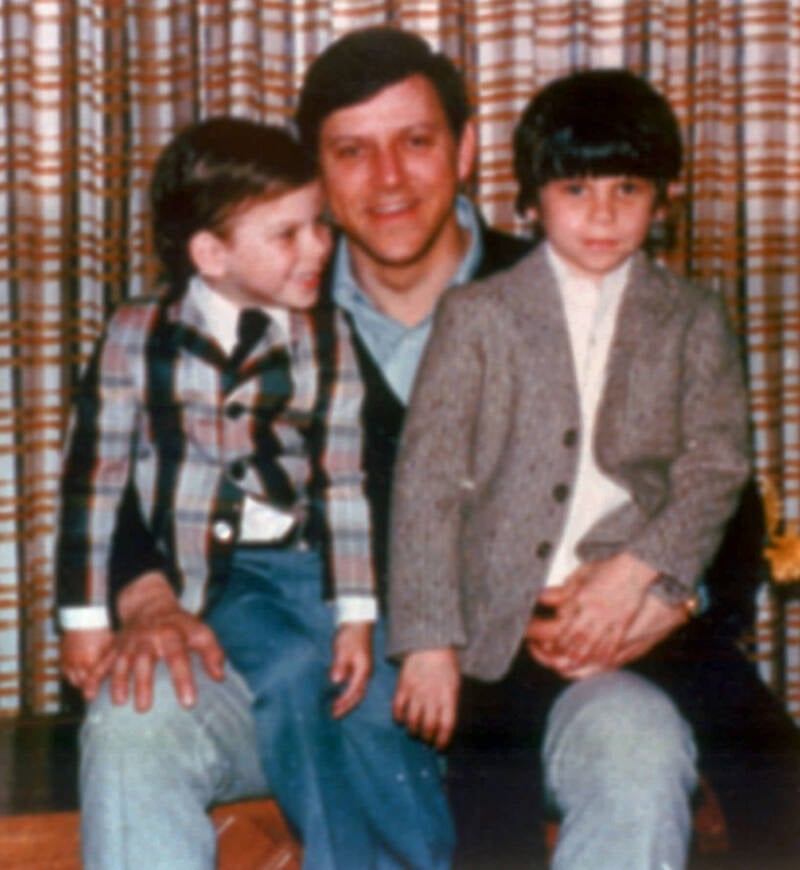 Brian AndersenErik and Lyle Menendez with their father, Jose, in an undated family photo.

As children, Lyle and Erik Menendez seemed to have it all. Born in 1968 and 1970, respectively, the two boys grew up in a wealthy New Jersey suburb with their parents, Jose, a self-made Cuban immigrant, and Kitty, a former beauty queen. But the Menendez brothers later claimed that their picture-perfect childhood was all a facade — which hid some extremely dark truths.

Their father, who had climbed his way from washing dishes to becoming a successful entertainment executive, pushed both Lyle and Erik hard. According to the Los Angeles Times, Jose wanted his boys to be tennis stars and even hired private coaches for lessons. He demanded excellence from both his sons and their coaches, one of whom quit in frustration.

Jose was intense off the tennis courts, too. The Los Angeles Times reports that he expected his sons to be able to hold conversations about topics like international politics, and sometimes gave them hours-long lectures.

What’s more, the Menendez brothers also later claimed that Jose sexually abused them. One of their cousins later told ABC News that when Lyle was eight years old, and she was 17, he told her that his father had molested him. The cousin told Kitty but didn’t think that the boy’s mother believed her.

And as the years went on, cracks began to show in the Menendez family. After they moved to Southern California for Jose’s work in 1986, Erik and Lyle started getting into trouble for stealing from their neighbors’ homes. Rolling Stone reports that their crime spree enraged Jose to such an extent that he allegedly amended his will so his sons would receive less. According to ABC, he was even thinking about removing his sons from his will entirely.

But before Jose had a chance, he and his wife were brutally killed.

Inside The Murder Of Jose And Kitty Menendez 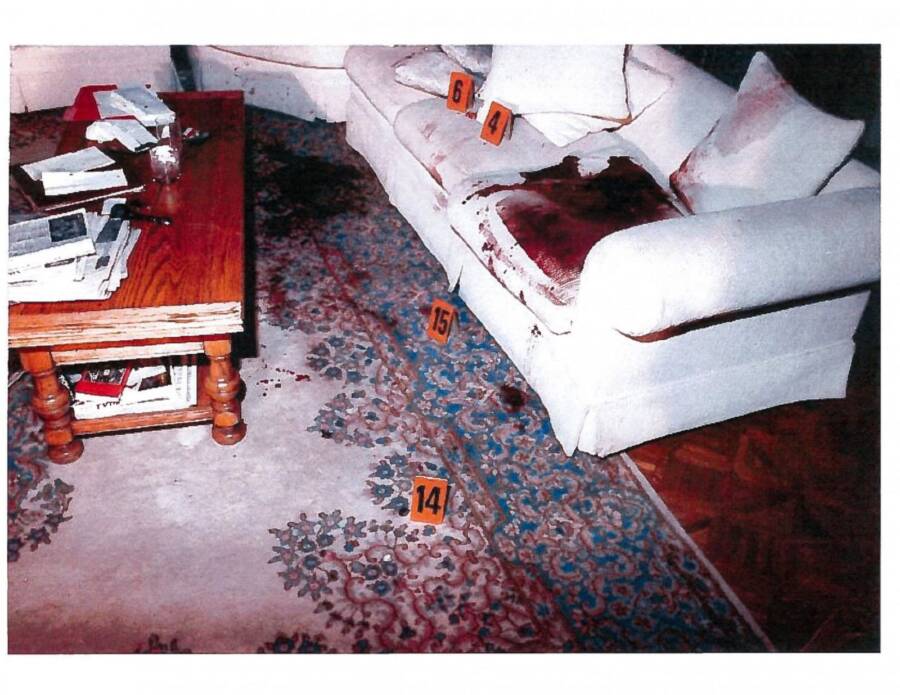 On August 20, 1989, a seemingly hysterical Lyle Menendez, then 21, called 911. “They shot and killed my parents,” he sobbed. Outside the house, his 18-year-old brother, Erik, wailed into the night as the police arrived.

As the Menendez brothers put it, they’d spent the evening at the movies. Because Erik needed his I.D. for their next stop that night, they returned to the family home to pick it up — and found their parents dead.

“Once we realized what had happened after we called the police,” Erik explained, according to the Los Angeles Times. “It started sinking into our heads: These aren’t just two people. These are our parents.”

Jose had been shot at least five times on the sofa, sustaining a mortal wound to the head along with wounds in the arms and legs. Kitty, who apparently tried to flee from her assailants, had been shot 10 times.

According to Rolling Stone, the Menendez brothers’ grief seemed so genuine that police didn’t follow protocol as they examined the crime scene. They didn’t test the brothers’ hands for gunshot residue and didn’t conduct a formal interview until two months after Jose and Kitty’s deaths. The gruesome double murder, it initially seemed, was a “gangland-style killing.”

But as time went on, the Menendez brothers started to rouse investigators’ suspicions. Lyle and Erik burned through $700,000 of their father’s $14 million fortune in six months, spending lavishly on expensive cars, watches, tennis coaches, and exotic vacations.

Detective Les Zoeller explained to Oxygen that investigators really began to suspect the brothers when they learned that Erik had written a screenplay in which a character murders his parents to inherit their money. Investigators also noted that the Menendez brothers had offered some odd details about the night of their parents’ deaths, like seeing gun smoke in the air — something that would have disappeared shortly after shots were fired.

The authorities’ suspicions were confirmed in a shocking fashion when the mistress of a therapist named Dr. Jerome Oziel — who had been treating Erik — came forward with tapes of both Erik and Lyle confessing to their parents’ murders. In March 1990, the Menendez brothers were arrested.

The Sordid Trials Of The Menendez Brothers 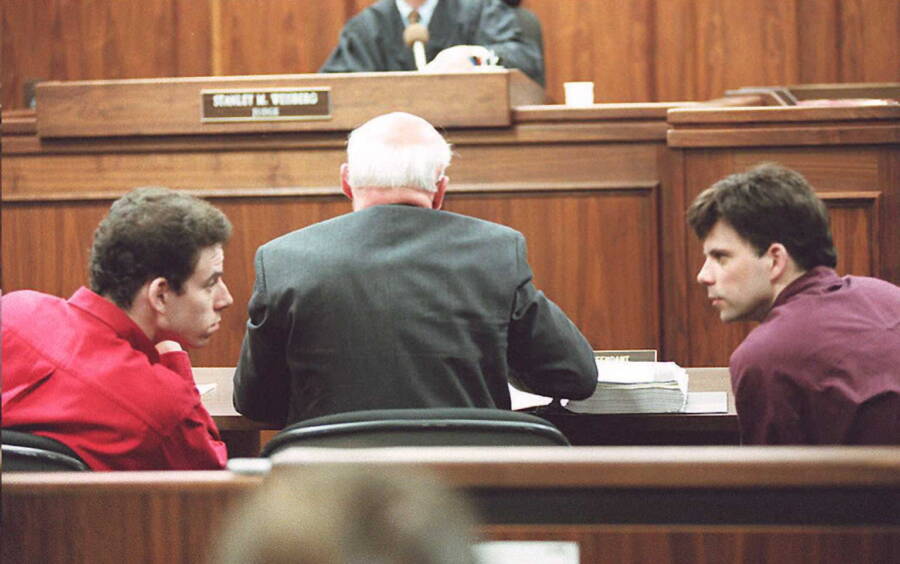 KIM KULISH/AFP via Getty ImagesErik and Lyle Menendez speak to each other during a hearing in 1995.

While arguments continued over whether or not Oziel’s tapes were admissible in court, Erik and Lyle Menendez’s trial captivated the nation. In 1993, the case played out on the nascent Court TV — and brought the drama of the Menendez family straight into Americans’ living rooms.

As the Menendez brothers told it, their parents’ murder had come after years and years of emotional, physical, and sexual abuse. Not only were they “punched and belt-whipped,” but both brothers also offered harrowing testimony of sexual abuse at the hands of their father, Jose.

“We would be in the bathroom, and uh, he would put me on my knees and… uh, have oral sex with him,” Lyle testified, claiming that the abuse lasted from the time he was six to the time he was eight. “He raped me.”

Erik also claimed that he’d suffered sexual abuse at his father’s hands, telling the jury: “He would have me give him oral sex, and he would stick the needles or tacks into my thighs as he was doing this.”

The brothers also claimed that they’d had an incestuous relationship with their mother, Kitty. Both said that they slept in her bed as teenagers when Jose was gone, and Lyle claimed he would touch her “everywhere.”

Despite these revelations, the prosecution maintained that the Menendez brothers had killed their parents in cold blood for their money. The California Supreme Court ruled that the taped confessions were indeed admissible in court, and investigators found that the brothers had bought the guns they used during the murder with a stolen I.D. What’s more, Lyle had told a friend that he’d deleted his father’s amended will shortly after his death.

Though both brothers’ trials ended in mistrials in 1994, they went back to court in 1995 for a retrial — where videotaping was banned — and they were each found guilty of first-degree murder in 1996. The Menendez brothers were then sentenced to life in prison, where they remain to this day.

Where Are Lyle And Erik Menendez Today?

Though Lyle and Erik Menendez were sentenced to life in prison in 1996 — they were originally in separate prisons but are now housed together in Richard J. Donovan Correctional Facility in San Diego — they’ve continued to make headlines from behind bars. Both of the Menendez brothers have married, and they’ve opened up to the media about their infamous crime.

“I am the kid that did kill his parents, and no river of tears has changed that and no amount of regret has changed it,” Lyle Menendez told ABC News in 2017. “I accept that. You are often defined by a few moments of your life, but that’s not who you are in your life, you know. Your life is your totality of it… You can’t change it. You just, you’re stuck with the decisions you made.”

He and Erik have stuck with their story that they killed Jose and Kitty because of sexual abuse and that a final fight preempted the murders.

Lyle, who said he was furious when he first learned that his father was also allegedly abusing Erik, explained, “It was like I kept my part of that sort of devil’s pact and [my father] didn’t. And my mother, you know, ‘You let your children wake up in the home of a child molester every day.'”

But some of their family members refuse to believe their allegations. Brian Andersen, Kitty Menendez’s brother, told ABC News that Erik and Lyle had acted out of greed, not because they’d been abused by their parents.

“There was certainly no indication of any kind that there was ever any abuse,” Andersen insisted. “I think the motive was strictly money.”

Whatever their motive, the case of the Menendez brothers remains one of the most captivating true crime tales of the 1990s. Theirs is a story of revenge, greed, and violence. And it offers the haunting reminder that, at the end of the day, no one knows for sure what happens behind closed doors.

After reading about the Menendez brothers, discover the story of Ron and Dan Lafferty, the Mormon fundamentalist brothers who murdered their sister-in-law and niece. Then, learn about Jeff Pelley, the teenager who allegedly killed his family — and then went to prom right after.