The Disturbing Story Of Ron And Dan Lafferty, The Brothers Who Butchered Their Sister-In-Law And Infant Niece

The Mormon fundamentalist killers behind Under the Banner of Heaven, Dan and Ron Lafferty claimed they were following a "revelation" from God when they killed Brenda Lafferty and her 15-month-old daughter Erica.

On a summer day in 1984, brothers Ron Lafferty and Dan Lafferty made their way to their brother’s apartment in American Fork, Utah, with a mission in mind. Claiming to be moved by the will of God, they broke into the apartment and brutally murdered both their sister-in-law, Brenda Lafferty, and their 15-month-old niece, Erica.

The brothers long insisted that they’d only been following divine instruction. But as their trial unfolded, it became clear that Ron and Dan Lafferty were driven to murder by several motives, including their Mormon fundamentalism and their thirst for revenge. 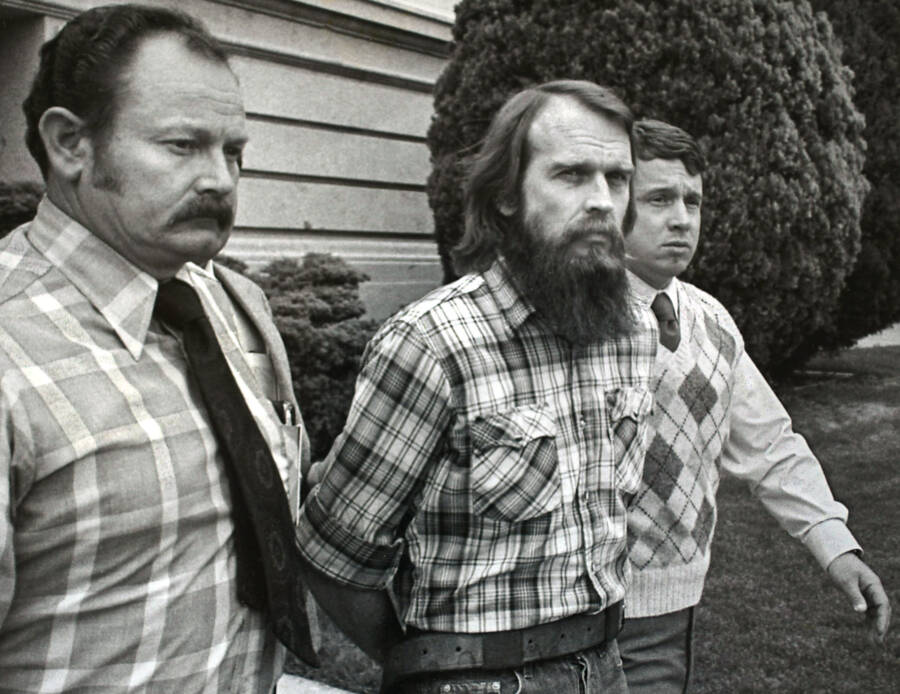 George Frey/Getty ImagesRon Lafferty in April 1985 after the first day of jury selection in his murder trial.

Their story, shockingly captured in Jon Krakauer’s 2003 book Under the Banner of Heaven: A Story of Violent Faith, is now the subject of an FX TV series of the same name starring Andrew Garfield and Daisy Edgar-Jones. This is the true story of Ron and Dan Lafferty’s vicious crimes.

Born into the Mormon faith in the 1940s, Ron and Dan Lafferty came of age in Payson, Utah, with four brothers, two sisters, and their parents, Warren and Claudine. Claudine was submissive; Warren prone to fits of anger. He hit his wife and once beat the family dog to death in front of his children.

Warren was extreme in other ways, too. Distrustful of conventional medicine, he waited until one of his daughter’s appendices burst before agreeing to take her to the hospital. And when one of his sons accidentally shot himself in the stomach with an arrow, Warren forbade him from getting help until the following day because he’d broken the Sabbath.

Despite this, Dan Lafferty remembered his father fondly. As Jon Krakauer writes in his 2003 account of the murder, Under the Banner of Heaven: A Story of Violent Faith, Dan considered Warren a “superb role model” who centered their lives around family and faith. 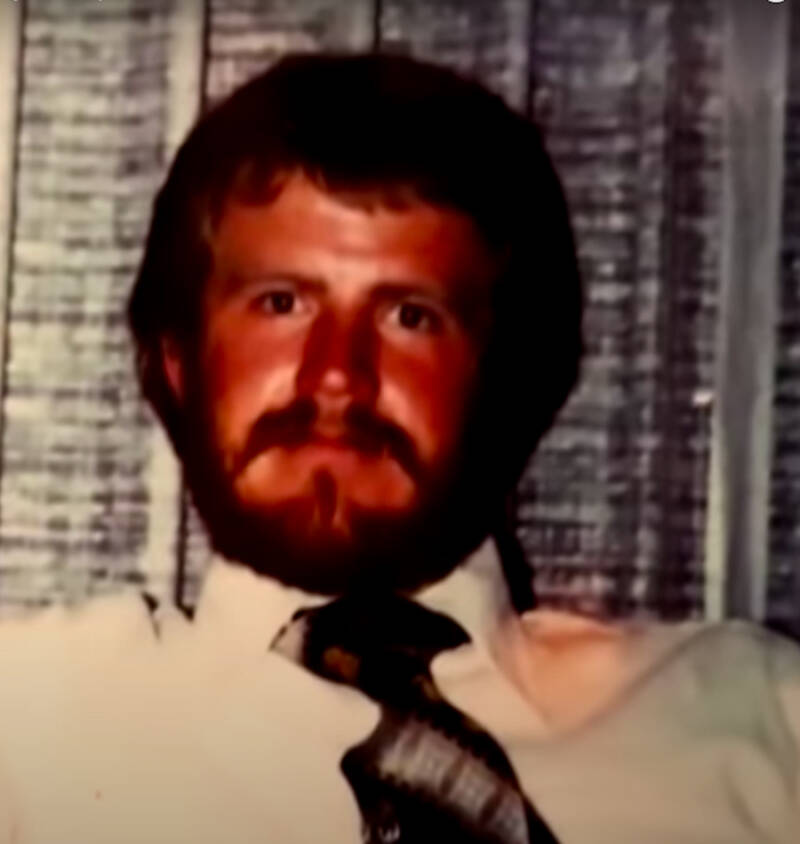 “I was blessed to be raised in a very special and happy family,” Dan Lafferty told Krakauer. “We never wanted for anything. My parents truly loved and cared for each other.”

Within their family, Dan became especially close to his oldest brother, Ron. They had similar short tempers — and growing issues with the Church of Jesus Christ of Latter-day Saints.

Dan began to believe that the mainstream Mormon church had made a mistake by abandoning polygamy. Ron came to accept Dan’s stance, which led his wife to leave him and take their six children to Florida.

By the 1980s, Ron and Dan Lafferty — excommunicated from the church — had joined a polygamist cult called the School of Prophets. They grew their hair long and started to see themselves as the church’s true leaders. Then, Ron began to claim that he’d communicated with God.

In March 1984, Ron Lafferty “received” divine instruction from God. Conveniently, God wanted Ron to murder the people he felt had wronged him: his sister-in-law Brenda, who had helped his wife leave; Chloe Low, who’d supported his wife; and Richard Stowe, the man who had presided over his ex-communication.

Ron wrote down God’s “message” on a yellow legal pad and showed it to his brother, Dan. The message, soon called the “removal revelation,” read:

“Thus saith the Lord unto my servants the prophets. It is my will and commandment that ye remove the following individuals in order that my work might go forward. For they have truly become obstacles in my path and I will not allow my work to be stopped. First thy brother’s wife Brenda and her baby, then Chloe Low and then Richard Stowe. And it is my will that they be removed in rapid succession.” 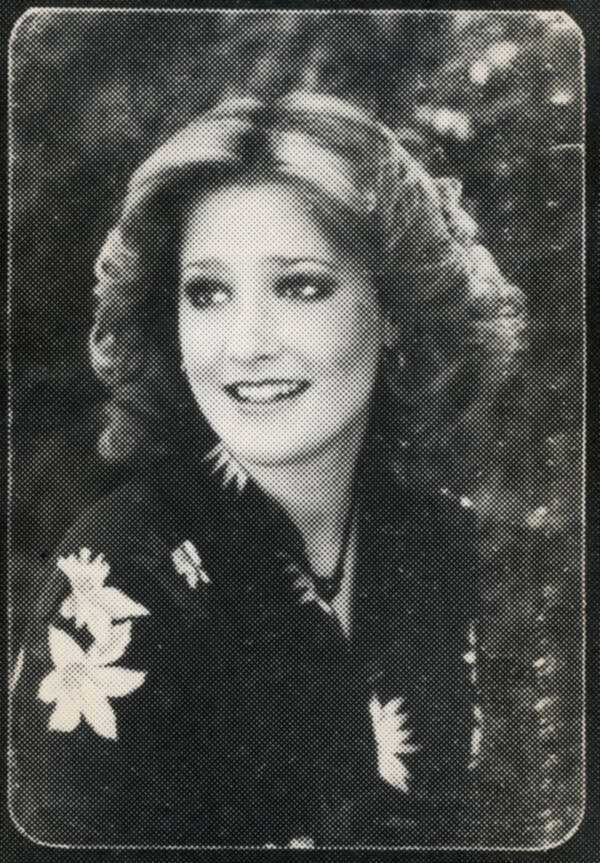 Dan claimed that Ron was initially frightened by the revelation. “I told him, ‘Well, I can see why you’re concerned,'” Dan Lafferty explained in Under the Banner of Heaven.

According to Dan, he told his brother, “All I can say is make sure it’s from God. You don’t want to act on commandments that are not from God but at the same time you don’t want to offend God by refusing to do his work.”

After consulting The Book of Mormon, Ron and Dan Lafferty decided to obey the “removal revelation.” And they resolved to start with their 24-year-old sister-in-law, Brenda Lafferty, and her 15-month-old daughter, Erica.

Brenda, married to Dan and Ron Lafferty’s youngest brother Allen, had always rubbed them the wrong way. Confident, beautiful, and educated, Brenda had made no secret of the fact that she disagreed with the brothers’ fundamentalist views. And she definitely didn’t agree that Ron Lafferty was a prophet.

Thus, a few months after Ron received the removal revelation, he and Dan put their plan into action. And on July 24, 1984, they drove to Brenda and Allen’s apartment in American Fork to kill her.

The Gruesome Murder Of Brenda Lafferty And Her Baby Daughter

With two drifters named Charles Carnes and Richard Knapp waiting in a getaway car, Ron and Dan Lafferty forced their way into Brenda’s apartment. They beat her, strangled her with a vacuum cord, and cut her throat.

For his part, Dan Lafferty recalled the murder in calm, chilling detail.

“I held Brenda’s hair and did it pretty much the way they did it in the scriptures,” he told Deseret News. “Then I walked in Erica’s room. I talked to her for a minute, I said, ‘I’m not sure why I’m supposed to do this, but I guess God wants you home.'”

Then he cut the 15-month-old’s throat.

“I like to think she didn’t suffer,” he said. “It probably should draw more sympathy than it does. But I don’t let it.” 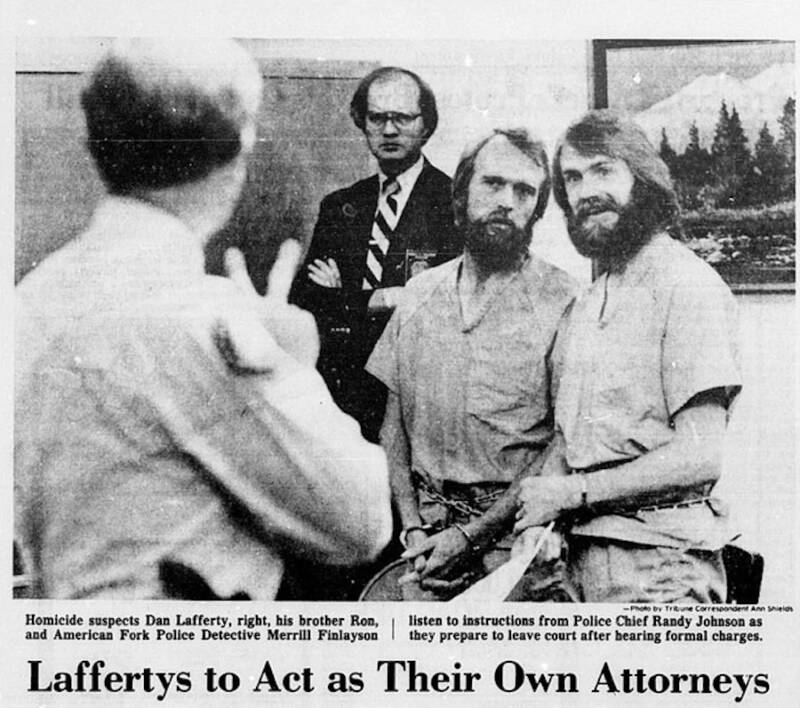 The Salt Lake TribuneThis newspaper clipping shows Ron Lafferty (center right) and Dan Lafferty (far right) at their first court hearing in 1984. The brothers were captured by police at a casino in Reno, Nevada. days earlier.

According to Carnes, Ron then turned to Dan and said, “Thank you, Brother, for doing the baby because I don’t think I had it in me.”

The brothers meant to kill even more. But when they went to Chloe Low’s home, she wasn’t there. And after they missed the turnoff for Richard Stowe’s home, they just kept driving on to Nevada.

“I would’ve killed them the same way,” Dan told Deseret News. “But once the next step didn’t happen, I knew it wasn’t meant to be. There wasn’t much enthusiasm for it.”

When Allen Lafferty found his wife and daughter dead, he had no doubts about who had killed them. Ron and Dan Lafferty had shared the “removal revelation” with him, but Allen had not — apparently — taken it seriously. His brothers were arrested a month later in Reno, Nevada.

What Happened To Ron And Dan Lafferty After The Murders

Following their arrest, Ron and Dan Lafferty were charged with two counts of criminal homicide, two counts of aggravated burglary, and two counts of conspiracy to commit homicide. They were supposed to stand trial together, but Ron attempted suicide in prison — delaying his trial.

At Dan Lafferty’s trial in January 1985, Dan represented himself. He was found guilty on two counts of first-degree murder and four other felonies and was sentenced to two life terms in prison.

And when Ron Lafferty was tried that April, he was also found guilty but given the death penalty. Despite years of appeals based on Ron’s mental state, the death sentence stuck. However, Ron died in 2019 before his execution, which was set to be — per his request — by firing squad. 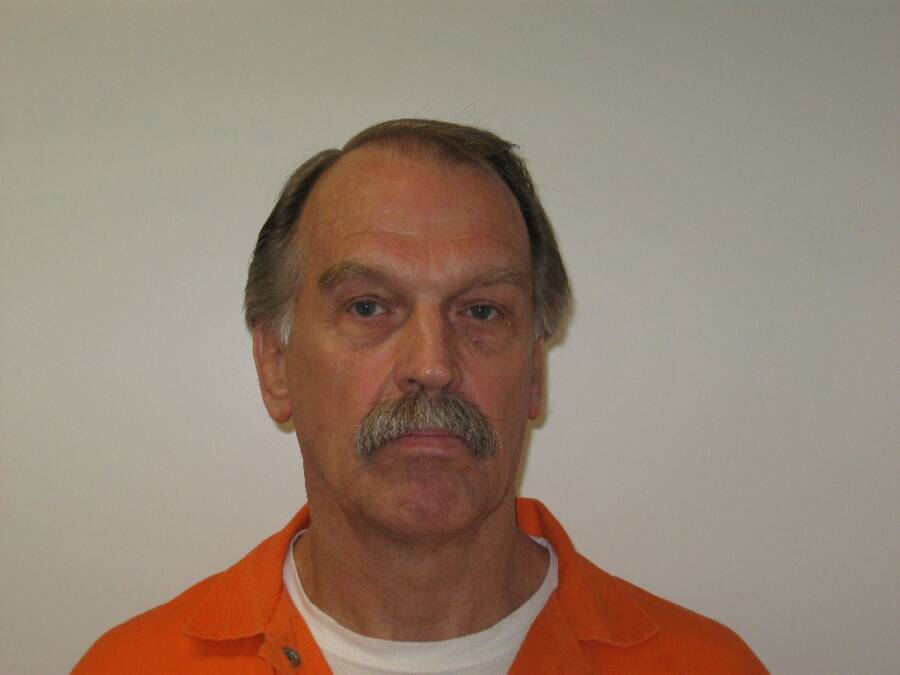 Utah Department of CorrectionsRon Lafferty on death row, where he awaited execution by firing squad.

“Mr. Lafferty believed his incarceration and conviction were the result of a conspiracy between the state, the church, and unseen spiritual forces, including the spirit of the trial judge’s deceased father, among others,” his lawyer, Michelle Day, told The New York Times following his death, emphasizing his fragile mental state.

She added, “He believed that all of his attorneys were working against him, and that one attorney was his reincarnated sister, who later became possessed by an evil spirit.”

Though Ron never gave interviews before his death, Dan Lafferty has publicly maintained a blasé attitude toward the murders.

At one of his brother’s appeals in 1996, Dan said, “I’m not ashamed about what happened. It was just a matter of business.”

And to Deseret News, he explained, “It’s never haunted me, it’s never bothered me. I don’t blame anyone for not understanding it. But if you had done it, it wouldn’t haunt you either. It was a strange phenomenon.”

Now, the gruesome story of Ron and Dan Lafferty is being told again. Dustin Lance Black, who wrote the film Milk and helped write and produce the polygamy drama Big Love, has adapted Jon Krakauer’s book for TV.

The show, Under The Banner of Heaven, premieres on FX on April 28, 2022. It will tell the story of family and faith, murder and revenge, and the fine line between the divine and the despicable.

After reading about Ron and Dan Lafferty, look through these photos from inside Warren Jeff’s fundamentalist Mormon cult. Or, read about Shelly Knotek, the serial killer mom who brutalized her own family.