The Disturbing Story Of Shelly Knotek, The Serial Killer Mom Who Brutalized Her Own Family

In addition to abusing and humiliating her daughters, Shelly Knotek would open her home to wayward friends and family in order to manipulate and torture them to death.

Michelle “Shelly” Knotek appeared to lead a charmed life. She had a caring husband by her side and was raising her three daughters in a home in rural Raymond, Washington. The couple was known for their selflessness and invited struggling friends and relatives to live with them. But then, those guests began to disappear.

The first person to vanish in Knotek’s care was her old friend, Kathy Loreno. They had lived together in Knotek’s home for five years before she disappeared in 1994. Knotek assured anyone who asked that Loreno had simply started a new life elsewhere. She said this when two other people vanished from her home, too. 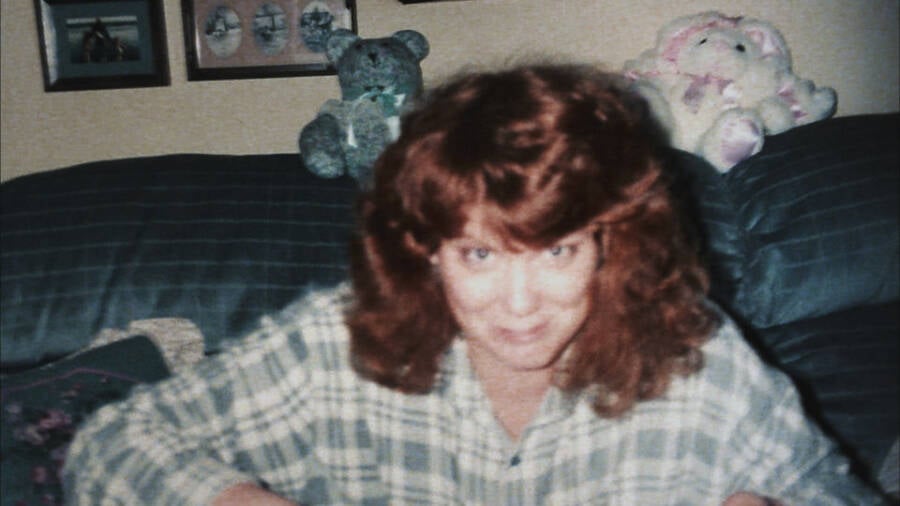 Thomas & Mercer PublishingSerial killer Shelly Knotek was caught after her daughters — Knotek sisters Nikki, Tori, and Sami — turned her in.

Finally, Knotek’s three daughters bravely came forward with a harrowing tale. All three of them had been physically abused by their parents — and their guests were killed. They said Knotek had starved, drugged, and tortured her victims, forced guests to jump off the roof, drenched their open wounds in bleach, and made them drink urine.

While Shelly Knotek has been in prison since 2004, she is chillingly set for release in June 2022 — with her daughters terrified of what could happen next.

Journalist Gregg Olsen discusses his book on the disturbing story of the Knoteks.

Born on April 15, 1964, Michelle “Shelly” Knotek never strayed too far from her hometown of Raymond, Washington. Not even her 18-year prison stint years later took her further than two hours north of where she was born.

According to The New York Times journalist Gregg Olsen, who published a tell-all on Shelly Knotek in 2019 titled If You Tell: A True Story of Murder, Family Secrets, and the Unbreakable Bond of Sisterhood, the killer’s early life was riddled with trauma.

The oldest of three siblings, Knotek was raised by an alcoholic mother who seemingly abandoned her kids. Unable to process her grief, Shelly Knotek tormented her younger brothers. But her behavior truly became concerning when she was 13 and learned that her mother hadn’t abandoned them at all — but was actually beaten to death.

According to her daughters, Shelly Knotek responded to this news with pyromania, theft, and filling her own shoes with glass.

After falsely accusing her father of rape at 15, Knotek was sent to live with her grandmother before eloping with her first husband at 17. Those closest to her claimed that after being initially charmed by her, all three of her successive spouses suffered under her physical and emotional cruelty. 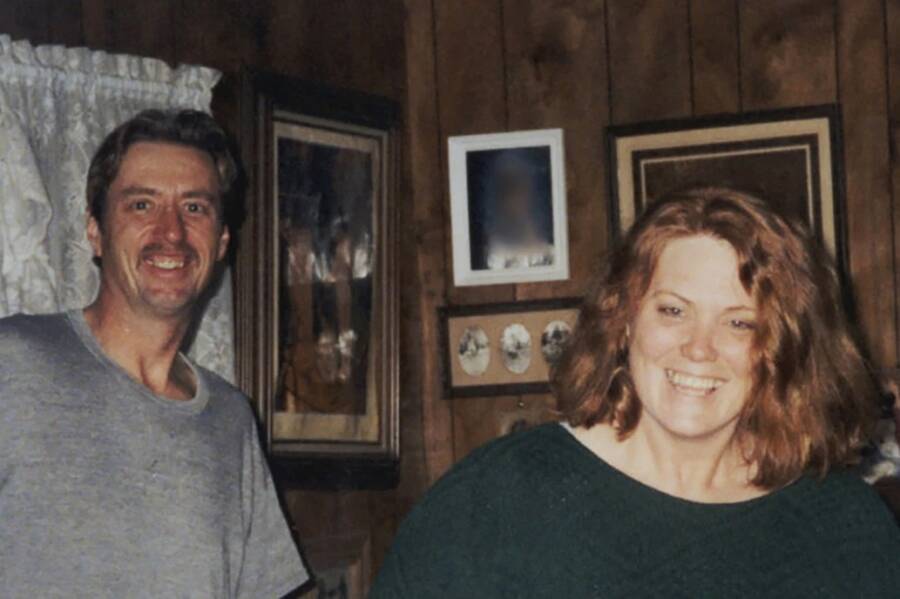 In 1987, Shelly Knotek married her third and final husband, David Knotek. He was a construction worker and Navy veteran whom Michelle Knotek routinely abused.

Twice-divorced with two daughters of his own, 12-year-old Nikki and nine-year-old Sami, David Knotek’s new wife only grew more sadistic as time went on.

How The Knotek Sisters Were Brutalized 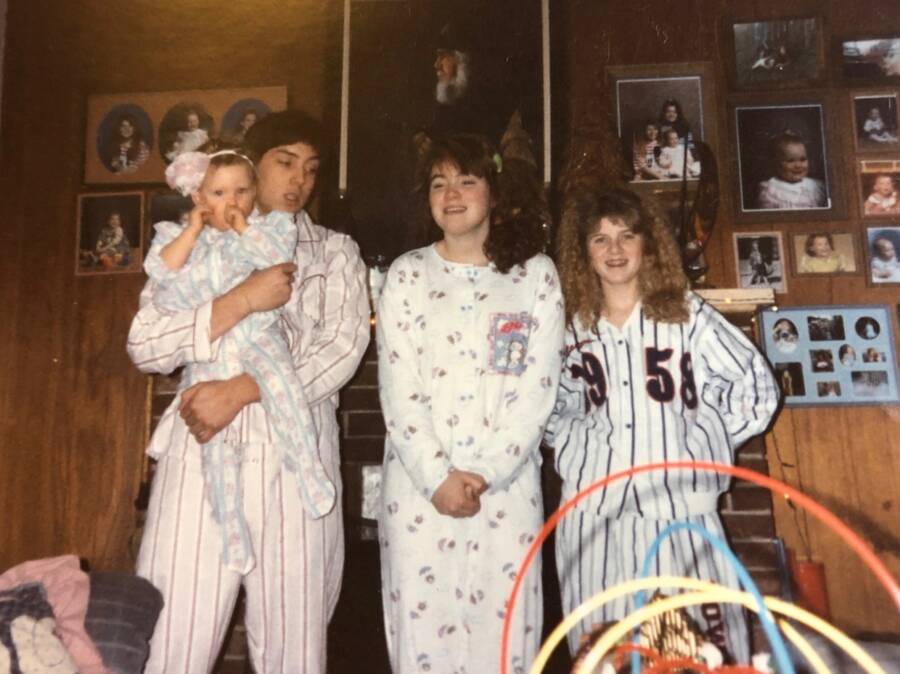 Shelly Knotek’s first victim moved into her home in 1988. It was her 13-year-old nephew, Shane Watson, whose father was in jail and his mother too destitute to care for him. Later that same year, Knotek welcomed her old friend Kathy Loreno, who had lost her job and needed help.

Knotek took to torturing Watson almost immediately. She dubbed her style of reprimanding him as “wallowing,” which she employed for things as negligible as going to the bathroom without asking. She even ordered him to stand outside naked in the cold and dumped water on him.

The Knotek sisters weren’t spared, either. She mocked her eldest two step-daughters by casually ordering them to give her handfuls of their pubic hair. Their “wallowing” often included being caged in a dog kennel. She even shoved Nikki’s head through a glass door one day.

“Look what you made me do,” she told the child. Shelly Knotek seemed to spare someone, however, her infant Tori, who was born the following year.

Meanwhile, she forced her nephew and Nikki to dance nakedly together as she laughed. After torturing her children and nephew, she would drop “love bombs” of utter affection on them. 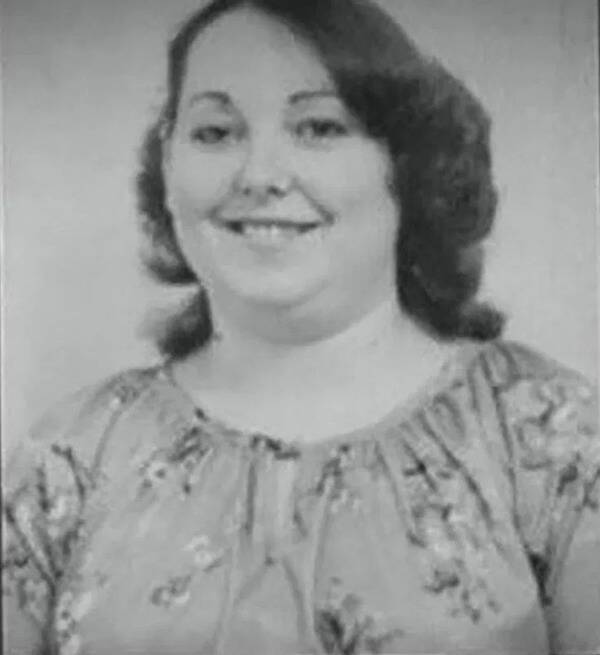 span class=’credit’>Thomas & Mercer PublishingKathy Loreno lost 100 pounds and most of her teeth over the course of her stay with Shelly Knotek — before being killed.

Knotek’s deceptive positivity and warmth welcomed Loreno in December 1988, but she soon began abusing Loreno too. With nowhere else to go, Loreno acquiesced to performing forced labor in the nude, being fed nightly sedatives, and sleeping next to the basement boiler.

Shelly Knotek graduated to murder in 1994. By this time, Loreno had lost more than 100 pounds and died after Knotek beat her. Knotek convinced her spouse and kids that they’d all be incarcerated if they told outsiders, so David Knotek burned Loreno’s corpse.

If anyone asked, Shelly Knotek simply explained Loreno had run off with her lover. But Watson recognized the horrors in his environment. He showed his cousin Nikki some photos he took of Loreno while she was still alive — horribly malnourished — which he planned to show the police.

But Nikki told her mother about his plan, and David Knotek responded by shooting Watson in the head in February 1995.

“The reason why my mom was able to control Dave was because — while I love him — he’s just a very weak man,” Sami Knotek reported. “He has no backbone. He could have got happily married and been an amazing husband to somebody, because he really would’ve been, but instead, he just got his life ruined, too.” 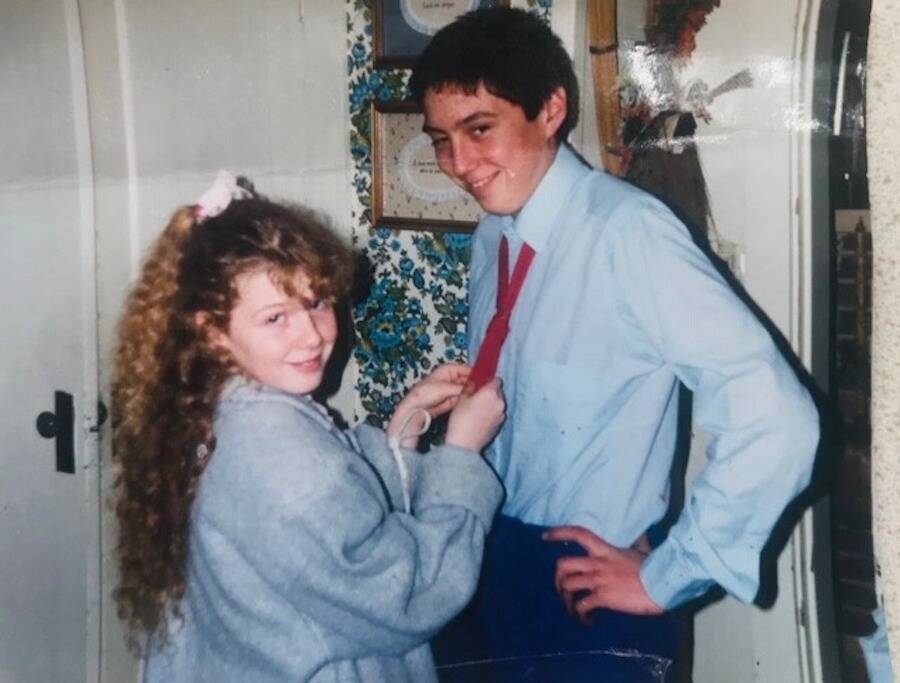 Before justice found them, the Knotek’s took one more victim: Shelly Knotek’s friend Ron Woodworth, who moved in in 1999.

Woodworth was a 57-year-old veteran with a drug problem. Shortly after settling in, he was berated by Knotek as being an ugly lowlife who could use a steady diet of pills and beatings to get his life together. He wasn’t even allowed to use the bathroom and was instead forced to go outside.

Meanwhile, in 2002, Shelly Knotek took over the care of James McClintock, an 81-year-old retired merchant crewman. McClintock reportedly willed Knotek his $140,000 estate once his black lab Sissy died. Perhaps coincidently, perhaps not, McClintock died from a head wound he allegedly suffered after falling in his home. Police, however, were never able to link Knotek to his death.

Back at home, Knotek demanded that Woodworth cut ties with his family, forced him to drink his own urine, then ordered him to jump off the roof. He didn’t die from the two-story fall but was badly injured. Knotek poured bleach over his wounds — to which he succumbed in August 2003. 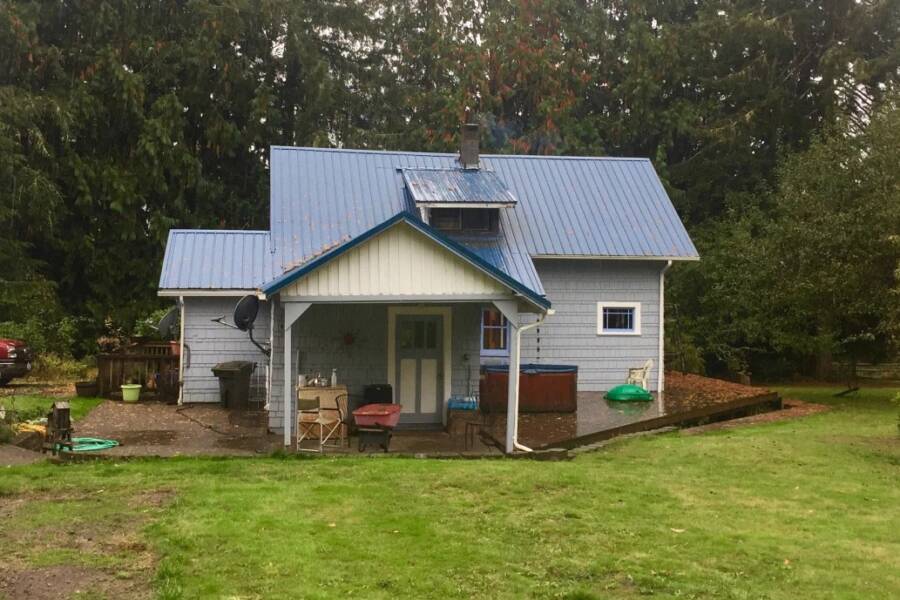 With his corpse in the freezer, Shelly Knotek told Woodworth’s friends that he had gotten a job in Tacoma. David Knotek eventually buried him in their yard, but it was Woodworth’s “disappearance” that led now-14-year-old Tori to realize what was happening in her family.

Her older sisters had moved out by this time, but when Tori told them what she believed had happened, they urged her to gather Woodworth’s belongings so they could make their case to the authorities. She did.

The Knotek Sisters Turn In Their Mother 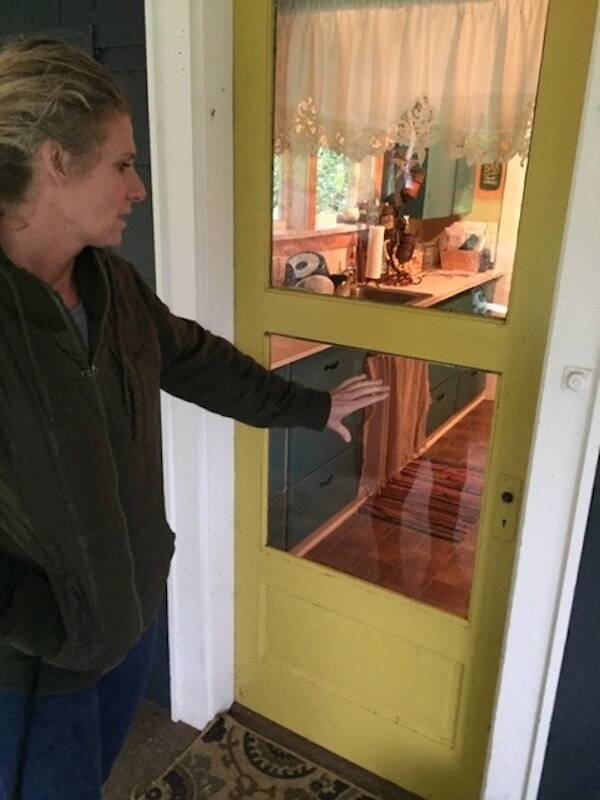 Police investigated the Knotek property in 2003 and found Woodworth’s buried body. David and Shelly Knotek were arrested on August 8 of that year.

While Tori Knotek was placed in her sister Sami’s custody, David Knotek confessed to shooting Watson and burying Woodworth five months later. He was charged with second-degree murder for shooting Watson. He served 13 years.

Michelle Knotek, meanwhile, was charged with second-degree murder and manslaughter for the deaths of Loreno and Woodworth, respectively. She was sentenced to 22 years but is scheduled for early release in June 2022.

Her family is deeply concerned about her release.

“If she ever turns up on my doorstep,” Sami said, “I can just see myself locking all my doors and barricading myself in the bathroom to call the police.”

Knotek sisters Nikki and Sami are now in their mid-40s and both live in Seattle while their sister Tori needed a change of scenery and moved to Colorado.

Paroled in 2018, David Knotek has been forgiven by his children. But Shelly Knotek remains a terrifying presence for all three women, and her impending release a source of terror.

After learning about the grisly murders of Shelly Knotek, read about how the Turpin children were trapped in a “house of horrors” made by their parents. Then, learn about prolific serial killers most people have never heard of.