The True Story Of David Knotek, The Abused Husband And Accomplice Of Shelly Knotek

For almost 20 years, David Knotek stood by as his sadistic wife Shelly Knotek abused their friends and family members — and he eventually assisted her with murder. 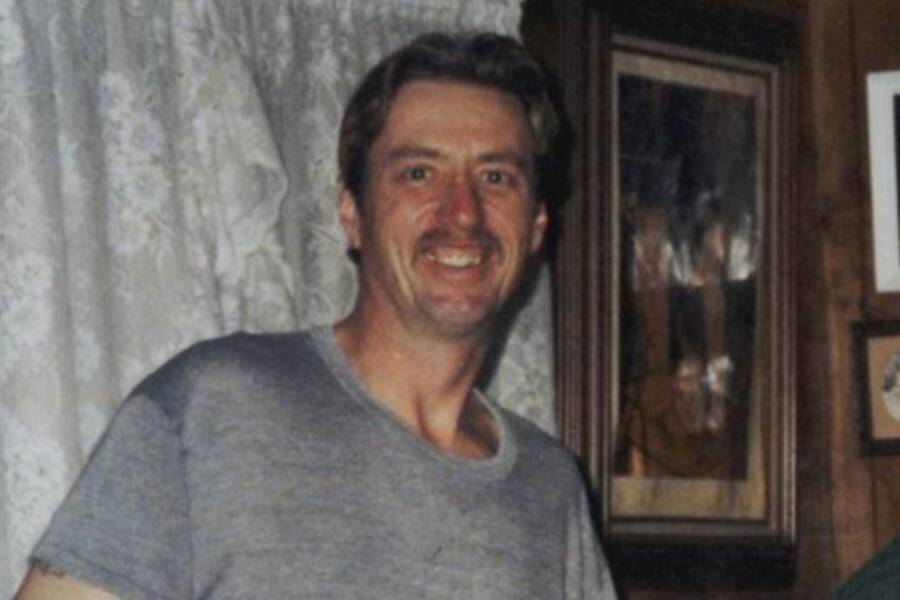 Gregg Olsen/Thomas & Mercer PublishingDavid Knotek, a construction worker and Navy veteran, was described by his stepdaughter as “a very weak man” with “no backbone” who was routinely abused by his wife, Shelly Knotek.

On August 8, 2003, Shelly Knotek and her husband David were arrested at their home in Raymond, Washington, for a series of brutal murders spanning nearly a decade — after their own daughters had turned them in.

While in custody, David Knotek confessed to killing Shelly’s 17-year-old nephew, Shane Watson, and investigators quickly learned that while Shelly had a long history of abusive behavior and violence, David’s past was much less sinister.

Even when the couple were arrested, their daughters placed almost all of the blame on their mother, claiming David was more like her abused henchman. So how was this man driven to commit such heinous acts of violence?

The Relationship Of Shelly And David Knotek

David Knotek considered Shelly to be “the most beautiful girl” he’d ever seen when they met in April 1982. She was a young, double-divorcée with two daughters, Sami and Nikki. He was working in construction after years of service in the Navy.

Per The Sun, the couple married in 1987 and had a child together two years later. From the outside, the Knoteks seemed like a typical, happy family. 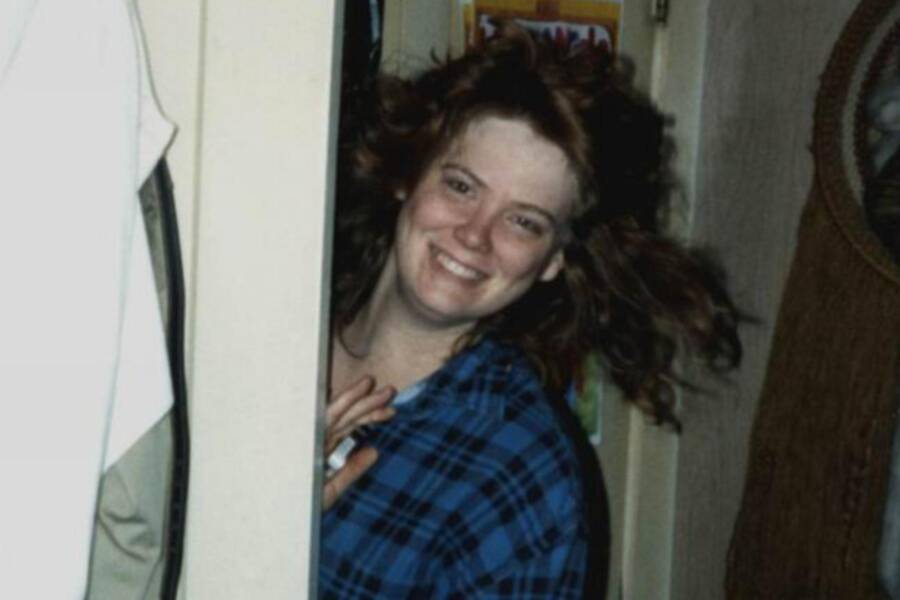 MurderpediaMichelle “Shelly” Knotek had a difficult upbringing, herself.

But quickly into their marriage, Shelly verbally and physically abused David, and he was unable to stand up to her. “The reason why my mom was able to control Dave was because – while I love him – he’s just a very weak man,” Sami recalled.

“He has no backbone. He could have got happily married and been an amazing husband to somebody, because he really would’ve been, but instead, he just got his life ruined, too.”

Abusing Family And Friends In Need

Tragically, David wasn’t the only family member to suffer abuse from Shelly. In fact, most of the abuse was directed towards Shelly’s daughters, but the worst of it was saved for guests the Knoteks invited to stay with them.

In 1988, shortly before the birth of David and Shelly’s daughter Tori, Shelly’s 13-year-old nephew Shane Watson came to live with them. Shane’s father was in and out or prison and his mother was struggling with substance abuse.

But almost immediately, Shane learned that he had entered a new kind of hell.

Shelly Knotek began torturing Shane the same way she had been torturing her own daughters — a form of punishment she called “wallowing.” Typically, this involved forcing the children to lay naked in the mud at night while she doused them with cold water. For the girls, wallowing sometimes included being locked in a dog cage or chicken coop.

She would force the girls to cut off tufts of their pubic hair to humiliate them and made Knotek’s younger daughter, Nikki, also a teenager, dance naked with Shane.

And after every violent, sadistic act, Shelly Knotek would flip the switch and shower her family with overwhelming love, all in order to keep them under control. 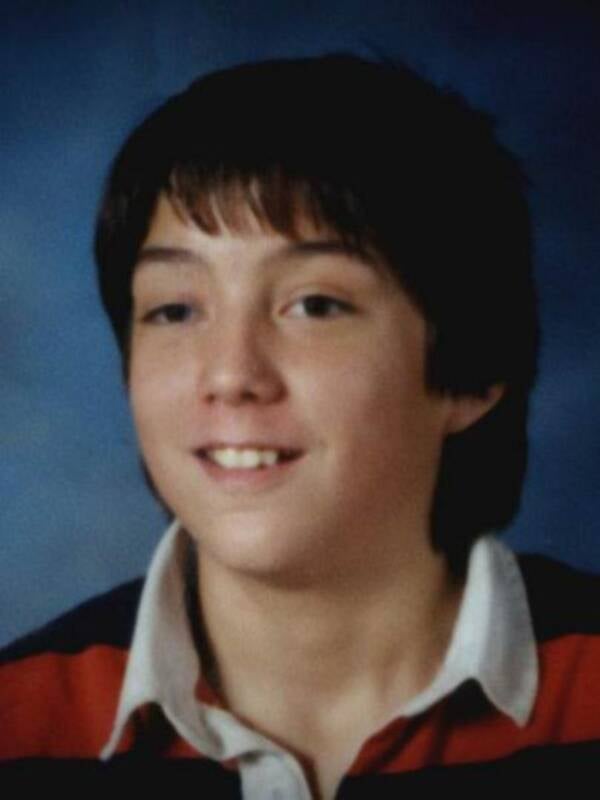 MurderpediaShane Watson planned to go to the police about the abuse inside the Knotek household — and was shot by David Knotek.

The same year Shane moved in with his aunt and uncle, the Knoteks opened their home to another outsider, a family friend named Kathy Loreno after she lost her job. Loreno, however, was not free of Shelly’s abuse either.

At first, Shelly love-bombed her longtime friend, but The New York Post reported that she didn’t wait long before degrading Loreno too, drugging her with tranquilizers, and starving her by withholding food.

“Kathy was a pleaser and never did anything to trigger such treatment,” said New York Times bestselling journalist Gregg Olsen, whose book, If You Tell, covers the case in great detail. “Shelly delighted in making other people hurt. It made her feel superior. She has never been formally diagnosed as a psychopath, but showed all the traits.”

After six years of living with the Knoteks, Loreno lost 100 pounds and spent most of her time performing labor naked and sleeping next to the boiler in the basement.

David Knotek helped to torture Loreno, using makeshift waterboarding equipment or duct-taping her arms and legs together before pouring bleach onto her open sores. 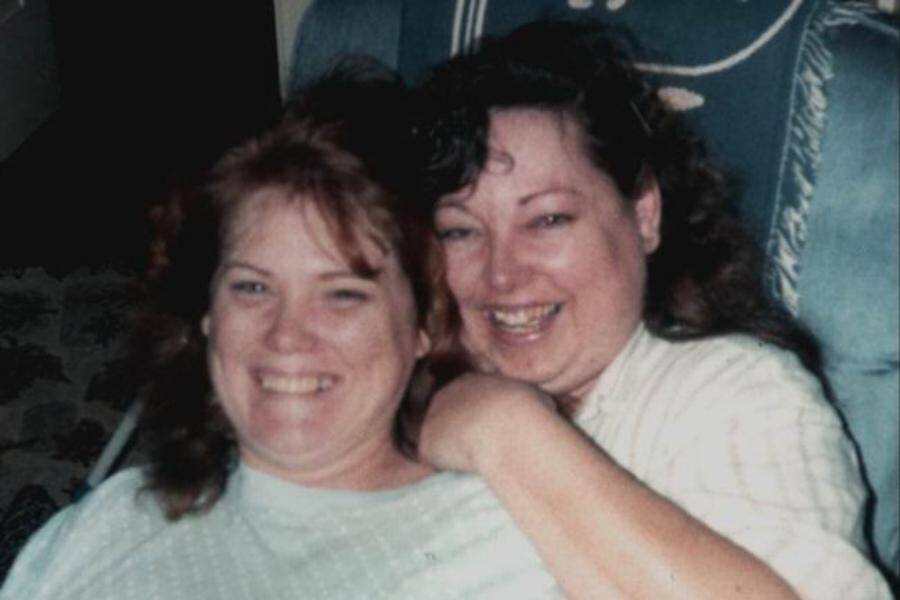 Loreno’s years of abuse, ultimately, came to an end in 1994 when she died, David Knotek claimed, from choking on her own vomit. He also said that he and Shelly never took Loreno to a hospital or reported the death because it would implicate them. Instead, the couple burned Loreno’s body in the backyard and scattered her ashes in the Pacific Ocean.

“All of us will be in jail if anyone finds out what happened to Kathy,” Shelly Knotek then warned her family.

But not long after that tragedy, in February of 1995, Shane approached Nikki with several Polaroid photographs he had taken of Kathy over the years, showing the tortured woman covered in bruises and sores. He also told her that he planned to go to the police with the photos.

Nikki, young and fearful, told her mother about Shane’s plan.

In response, Shelly convinced David Knotek to shoot the teenager in the backyard, and once again, they burned the body and scattered the ashes.

The Daughters Turn In Their Parents

By 1999, Sami and Nikki had grown into young women and left the home. David and Shelly Knotek’s youngest daughter, Tori, was only 14 and still living at home when a new guest arrived: Ron Woodworth, a gay 57-year-old veteran with a sharp wit and a substance abuse problem.

At the time, David Knotek was working on a contract project 160 miles away.

Like their other guests, Woodworth was at first treated with overwhelming kindness, but soon enough he was degraded by Shelly. Woodworth wasn’t allowed to use the restroom inside the home, and Shelly often forced him to drink his own urine. She once made him jump from the roof of their two-story home and onto a bed of gravel.

She “treated” his injuries with boiling water and bleach, a smell that Tori described as “like bleach and decomposing flesh, like it was burning his skin off… He smelled like that for a month. Up until the very end.”

Woodworth succumbed to his wounds in August 2003, after which Shelly stored his dead body in a freezer for four days until David returned to deal with it. A burn ban was in place at the time, leading David to bury Woodworth’s body in the backyard in the interim. 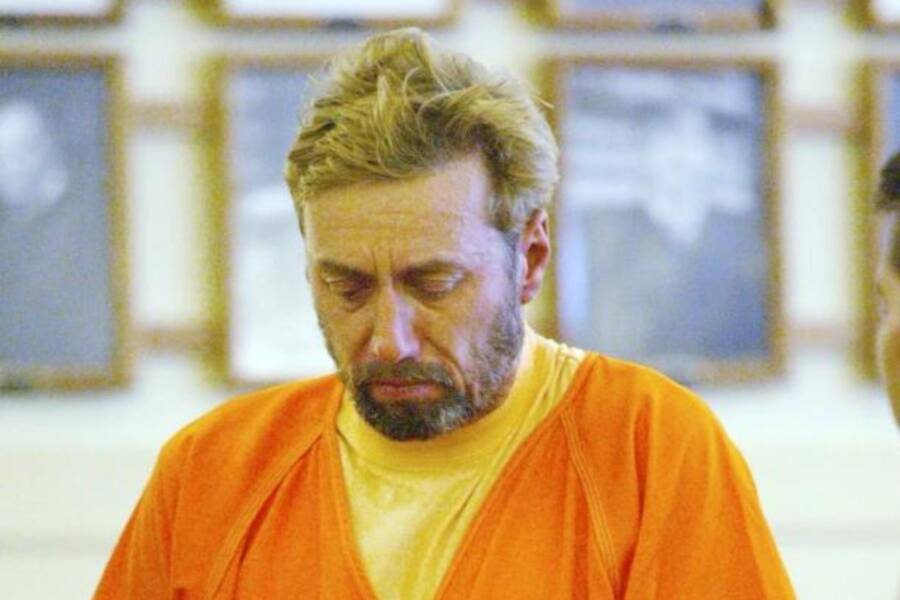 David Knotek served 13 years of his 15-year sentence for the murder of Shane Watson.

That same week, Sami, Nikki, and Tori reunited at Nikki’s home in Seattle — and agreed to turn their parents in.

They each accepted plea deals in exchange for shorter sentences, though Shelly took a rare Alford plea, which allowed her to plead guilty while simultaneously asserting innocence, thus avoiding a public trial that would have revealed the true extent of her crimes.

David Knotek also maintained contact with Sami and Tori, who have said they forgive him for his actions. Nikki, on the other hand, did not.

He was paroled in 2016 after serving 13 years for second-degree murder, unlawful disposal of human remains, and rendering criminal assistance.

Shelly, too, seemed as if she might have been released from prison early for good behavior. She was up for parole June 2022 but that request was denied. As of now, though, her sentence ends in 2025.

Next, learn about another killer mom named Rosemary West, who abused numerous young women — including her own daughter. Then read up on the horrifying story of Louise Turpin, the mother who kept her 13 children captive for most of their lives.