The Bone-Chilling Story Of John Jamelske, The ‘Syracuse Dungeon Master’

Between 1988 and 2003, John Jamelske abducted women and girls as young as 14 and held them as prisoners in his secret bunker — where he raped them daily. 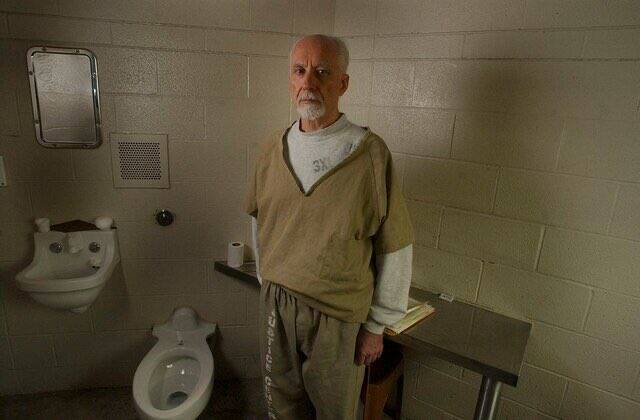 Twitter/Criminal JusticeA depraved kidnapper and rapist, John Jamelske became known as the “Syracuse Dungeon Master” after his arrest and imprisonment.

New York kidnapper and rapist John Jamelske earned many names after the world learned the truth about his crimes, from the “Syracuse Dungeon Master” to the “Ariel Castro of Syracuse.” Over a 15-year period, Jamelske kidnapped, imprisoned, and systematically raped five women ranging in age from 14 to 53 years.

Jamelske had a handmade underground dungeon in which he kept the women as sex slaves, abducting and releasing them one at a time, keeping some for years and some for a few months. However, Jamelske underestimated his fifth and final 16-year-old victim, and she was able to contact a family member — leading the police straight to Jamelske.

In John Jamelske’s warped mind, the eccentric serial rapist had done nothing wrong. He hadn’t kidnapped and raped these women, but had been in a relationship with them, treating them well. 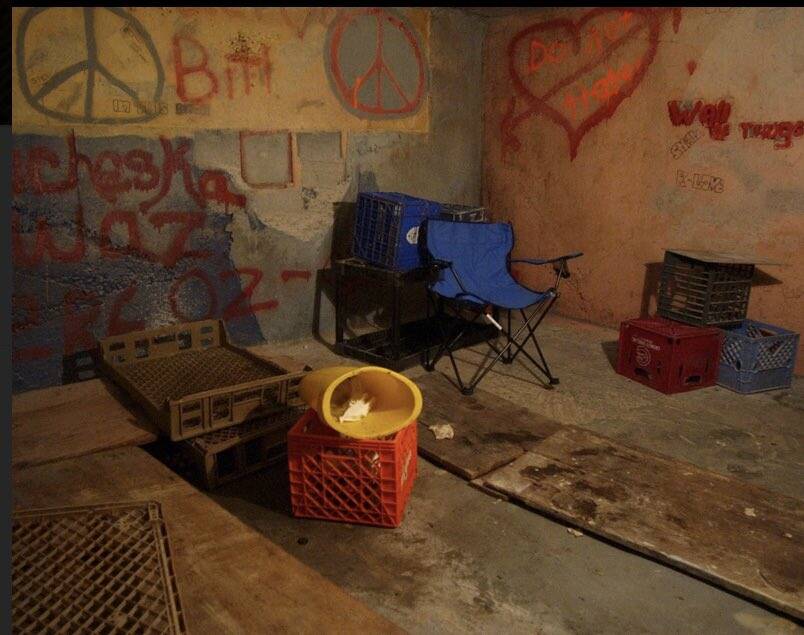 Twitter/They Will KillJamelske’s victims were kept, often for years at a time, in a cramped and horrifying space hiding below his nondescript suburban home.

John Thomas Jamelske was born in Fayetteville, New York, on May 9, 1935, and started off working in area grocery stores before becoming a handyman. In 1959 he married and had three sons with his wife, a schoolteacher. Jamelske had convinced his father to invest in stocks, and he and his wife received a sizable inheritance when he died.

By 2000, Jamelske had become a millionaire due to the inheritance and some choice Real Estate investments, but despite his wealth, lived the frugal lifestyle of a compulsive hoarder. Jamelske collected a mass of bottles and cans for recycling deposits, and other assorted junk over the years — but by 1988, he had started hoarding humans.

In 1988, as Jamelske’s wife became ill, he devised a depraved way of ensuring he would receive the sex his wife’s illness now prevented. Jamelske built a concrete dungeon three feet below ground outside his ranch house at 7070 Highbridge Road in DeWitt, an upscale neighborhood of Syracuse.

The bunker was eight feet high, 24 feet long, and 12 feet wide, connected to the east wall of the basement via a short tunnel according to Syracuse.com. Access to the eight-foot-tunnel was through a steel door behind a storage shelf. The tunnel, a dank, claustrophobic crawl space led to another locked door, with entry to the dungeon down a small, three-rung ladder. When Jamelske’s wife passed away in 1999, he had already imprisoned and released three sex slaves.

Jamelske made no attempt to provide even a modicum of comfort for his victims. They were forced to live in degrading conditions and subjected to daily rape. Their dungeon featured a foam mattress and a makeshift toilet — a seatless chair positioned above a bucket. Jamelske’s captives bathed with a garden hose in a stained bathtub atop a raised wooden deck. With a drain plug but no plumbing, the water pooled on the cement floor, creating damp and moldy conditions, until it eventually evaporated. Meanwhile, a clock radio and TV connected to an extension cord that ran through a small hole in the wall.

Jamelske drove the streets of Syracuse kidnapping teenage runaways and vulnerable women, holding them as single prisoners, one at a time. He lured them into his car offering a lift, choosing victims of different ethnicities. They included a 14-year-old girl taken in 1988 and kept in a small well behind his mother’s home, later “upgraded” to his new bunker — where she remained for two and a half years.

Jamelske controlled his ankle-chained victims with threats and mind games to continue the rapes, convincing them that their families were in danger if they disobeyed him. Telling some of his victims he was part of a police sex-slave ring and had to take orders from his bosses, Jamelske even flashed a sheriff’s badge he found on the street years before.

Jamelske convinced some victims that the more pliant they were, the faster his “bosses” might let them out. One victim, a 53-year-old Vietnamese refugee, who spoke little English, was later seen on videotape convincing “the bosses” she should be released according to CNN.

The fourth victim, now identified as Jennifer Spaulding, wanted to write home to her parents in 2001 to let them know she was alive. Jamelske agreed, but only to say she was entering a drug rehabilitation clinic. When her family received and confirmed the letter from her, the police closed her missing person case.

The residents of Jamelske’s upscale neighborhood had no idea the eccentric cheapskate crank was a also deviant kidnapper and raise who ate Viagra like candy. As rape and Old Testament Bible readings from Jamelske became the norm, his victims knew if they did somehow manage to kill him without obtaining the padlock combination to their cell, they would be entombed down there forever.

When the time came to release them, Jamelske blindfolded his victims before releasing them, dropping one at an airport, one at her mother’s house, and another at a Greyhound station with $50 cash.

Police Bungled The Investigation Into Jamelske 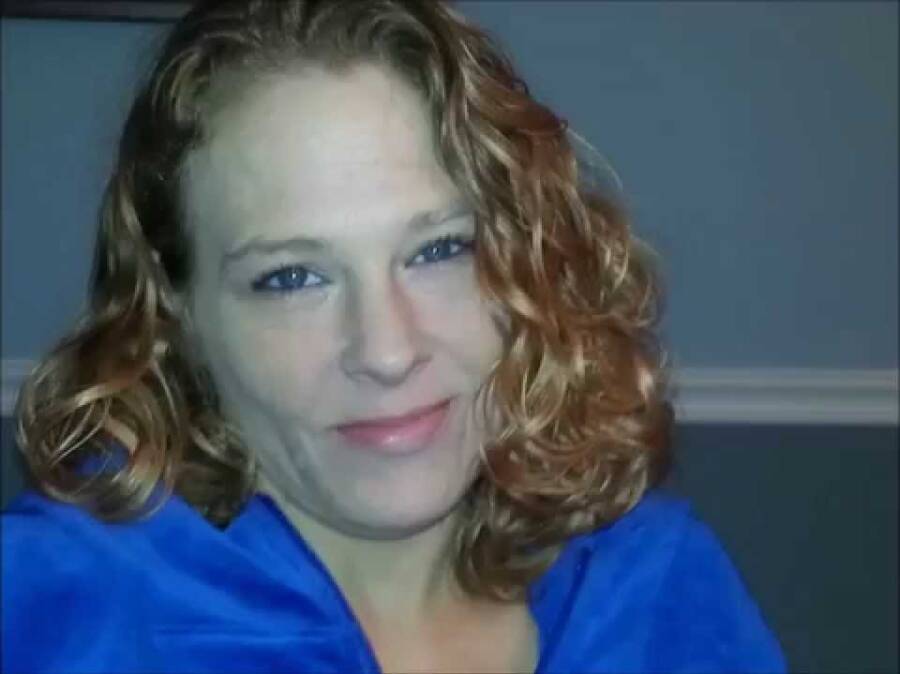 As victims reported their ordeal to the police, their social status as runaways and substance abusers hampered the investigation. The rape kit test for Spaulding showed no evidence of sexual assault, as Jamelske ensured that he had no sexual contact with a victim for several days prior to their release.

After she told police that her rapist drove a tan 1974 Mercury Comet, investigators found one registered vehicle in the New York area. However, Spaulding’s description of the vehicle didn’t match, so officers closed her case. Unfortunately, they hadn’t searched for other years’ models — Jamelske drove a tan 1975 Mercury Comet.

Further complicating things, Jamelske’s victims couldn’t describe where they were held, or who their abductor and rapist was, other than an old white man.

However, in October 2002, Jamelske’s final victim, a 16-year-old runaway from Syracuse, would be his undoing.

The End Of John Jamelske’s Reign Of Terror

Over six months of captivity, the 16-year-old girl convinced Jamelske that she was his friend, and he felt confident enough to take her out to karaoke bars, and for his weekly visit to his recycling center.

On April 7, 2003, at the recycling depot, Jamelske’s captive asked if she could call a church, and he handed her the opened Yellow Pages. When she hurriedly called her sister explaining what was happening, her sister located the business in Manlius, Syracuse, from caller ID, and the police arrested Jamelske with his victim at a nearby car dealership.

Investigators searching Jamelske’s house of horrors and hoarded junk, including over 13,000 bottles, were especially shocked by the depravity of his dungeon. A series of calendars were found, where victims had to systematically mark each date with the code letter “B”, “S”, or “T.” The codes denoted each date a victim was either raped (S), bathed (B), or brushed their teeth (T) and the collective calendars covered a 15-year timespan.

Several videos featured at least one woman on tape, his 53-year-old Vietnamese victim. Graffiti slogans covered some walls, and one victim confirmed a slogan to investigators by phone.

The arrogant Jamelske, 68, thought he’d get a slap on the wrist and community service, but ultimately pleaded guilty to five counts of first-degree kidnapping, and in July 2003, was sentenced to 18 years to life, as reported The New York Times.

The victims were spared from reliving their horror in court, and most of their names have not been made public, with Jamelske’s wealth liquidated and split between them as compensation. John Jamelske himself was denied parole in December 2020.

After learning about John Jamelske, go inside The Disturbing Marriage Of John Wayne Gacy. Then, learn about The Torture Dungeon Of Serial Killer Leonard Lake .