Inside The Disturbing Marriage Of Carole Hoff And John Wayne Gacy

Carole Hoff and serial killer John Wayne Gacy were high school sweethearts who were married for four years while Gacy murdered young men — and she didn't learn the truth until after their divorce in 1976. 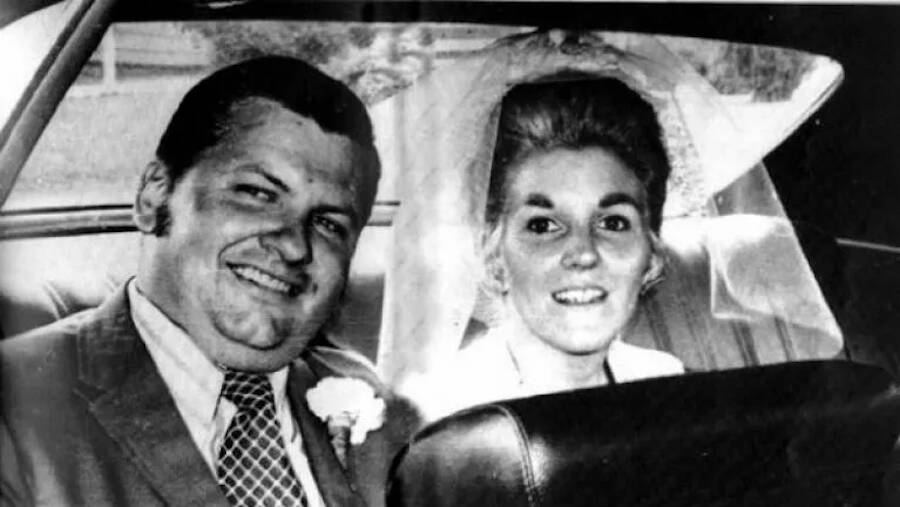 The world learned John Wayne Gacy’s name in December 1978 after the child-raping serial killer was arrested and confessed to murdering more than 30 boys and young men. Carole Hoff, meanwhile, knew him as her husband.

The pair knew each other since childhood and even went on at least one date when Gacy was 16. And when the two high school sweethearts reunited as adults, Gacy was a homeowner who ran a successful business while Carole Hoff was a financially destitute single mom. Gacy spent his spare time entertaining kids dressed as “Pogo the Clown” and attending political functions. In Carole Hoff’s mind, Gacy was a catch.

Eager to rekindle their youthful flirtations as something more permanent, Hoff was overjoyed to marry Gacy in 1972. She had no idea that he had already murdered a 16-year-old boy and stuffed his body in their crawl space. For all four years of their marriage, Hoff ignored the “awful stench” of rot below.

Carole Hoff has since distanced herself from her past with John Wayne Gacy. Not much is known about her early life as a result, aside from her early fling with the man who would become one of America’s most notorious serial killers. It is clear, however, that Gacy endured a traumatic childhood. 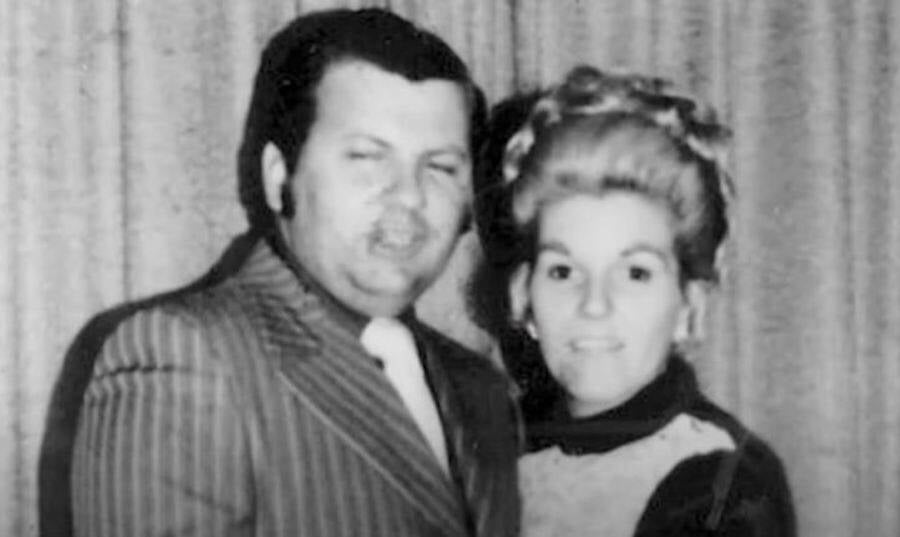 Biographics/YouTubeHoff knew Gacy had raped a boy before she agreed to marry him.

Born on March 17, 1942, in Chicago, Illinois, Gacy was regularly beaten by his abusive father and mocked as a “sissy” when he sought refuge in the arms of his mother. Gacy was molested by a family friend at age 7. Terrified to tell his father, he kept his homosexuality a secret for the same reason.

Gacy suffered blackouts due to a cerebral blood clot when he was 11 years old. While it was treated, he also had a congenital heart condition that kept him out of athletics and caused him to eventually grow obese.

Ultimately, he tired of his abusive home life and moved out. Gacy briefly lived in Las Vegas where he worked as a mortuary assistant and once spent the night in a coffin with the body of a dead boy. While he returned home to enroll in business school, he wouldn’t reunite with Hoff for years — and married someone else first.

Twenty-two-year-old Gacy had moved to Springfield, Illinois, to manage a shoe store where a smitten employee named Marilynn Myers agreed to marry him nine months later. The couple moved to Waterloo, Iowa, in 1966 for Gacy to help her father manage a string of KFC joints and Myers gave birth to a son and daughter. 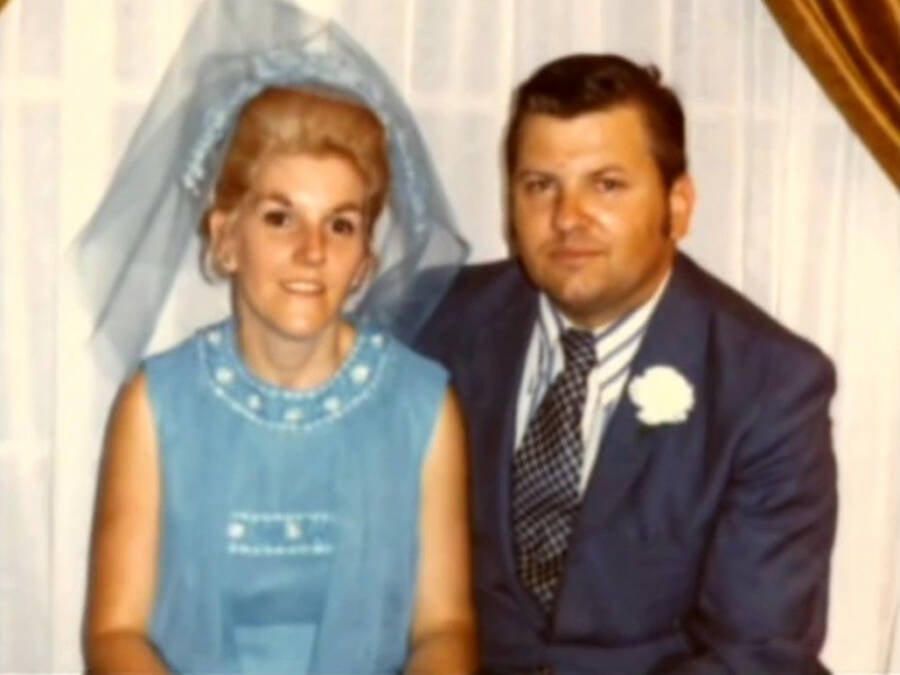 Within a year, Gacy began meeting with a group of like-minded businessmen who reveled in wife-swapping, drugs, and the exchange of pornography. He would hire teenage boys to help him with housework only to rape them, earning him an oral sodomy conviction, a 10-year sentence, and his first divorce in December 1968.

He would be released for good behavior in less than two years only to reunite with Carole Hoff — and begin murdering children he stored in their unassuming home.

Despite Gacy’s probation mandating he live with his mother and adhere to a 10 p.m. curfew, he managed to rekindle a romantic relationship with Carole Hoff. When he moved into his own home in Chicago’s Norwood Park neighborhood and started his own property maintenance business in 1971, Hoff was truly enamored.

“He swept me off my feet,” said Hoff.

With her old family friend now a self-employed homeowner of 8213 West Summerdale Avenue, Hoff happily agreed to tie the knot in June 1972. Meanwhile, Gacy had already lured his first victim to that very house a few months earlier — stabbing 16-year-old Timothy McCoy to death and burying him in the crawl space. 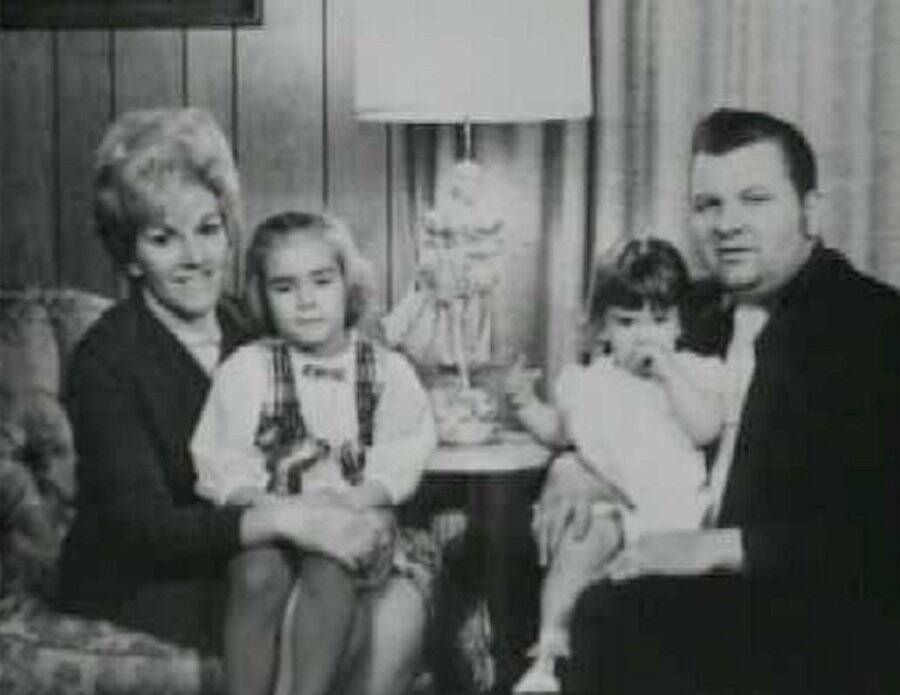 MurderpediaGacy with Hoff and her daughters.

While her two daughters didn’t seem to mind the rancid stench, Hoff’s mother commonly complained that it smelled “like dead rats.” Gacy said mice or a leaky sewer pipe were likely to blame and Hoff believed him. Once, when she asked her husband about a trove of boy’s wallets she found, Gacy became infuriated.

“He would throw furniture,” said Hoff. “He broke a lot of my furniture. I think now, if there were murders, some must have taken place when I was in that house.”

She knew Gacy had been incarcerated for rape but believed he regretted it and served his time honorably. Gacy had only just begun, however, and would abduct vagrant boys or lure young men to his home under the guise of paid work only to sodomize, torture, and strangle them.

Hoff believed his claims of being bisexual but said she was unnerved when Gacy “started bringing home a lot of pictures of naked men” shortly before they separated. She only left Gacy in 1975 when his behavior grew too erratic and he became physical during an argument over a checkbook.

On Mach 2, 1976, she divorced him “on grounds that he was seeing other women.” With Hoff gone, Gacy had full reign over the house and let his bloodlust run wild. There’s no telling if Hoff saved her own life by leaving, but Gacy killed dozens of more people once she did.

Where Is Carole Hoff Now?

Gacy was caught soon after Elizabeth Piest reported her son, Robert, missing on Dec. 11, 1978. Police questioned Gacy as he had recently remodeled the pharmacy Robert worked at. While police didn’t find the teenager’s body at Gacy’s house, they did find a receipt that belonged to Robert’s friend there. 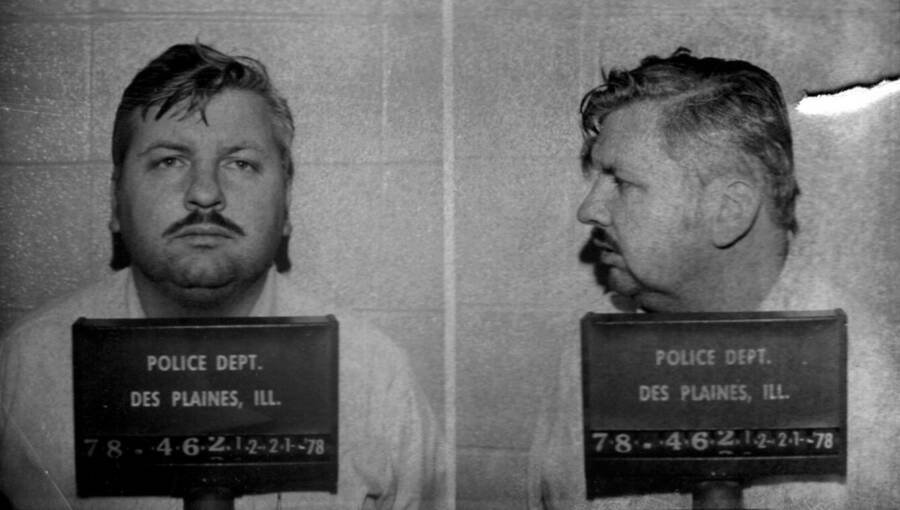 On Dec. 22, Gacy confessed to dumping Robert’s body in the Des Plaines River. When investigators searched his home they found the remains of 29 bodies in his crawl space. Gacy was sentenced to death three years later. He was executed via lethal injection on May 10, 1994, after spending 14 years on death row.

As for his former spouses, Marilynn Myers said in 1979 that she remarried after her divorce from Gacy. She admitted to being shocked at the revelations that he liked men or children, but never having felt threatened by him.

Hoff, meanwhile, has seemingly remained silent ever since — and only ever spoken of the awful stench, strange collection of wallets, and that Gacy had been sexually dysfunctional with women.