A Roman-Style Sandal From 300 C.E. Was Just Found Under The Ice In The Mountains Of Norway

Archaeologists suspect that the sandal was worn with fabric or animal skin fashioned as a primitive sock. 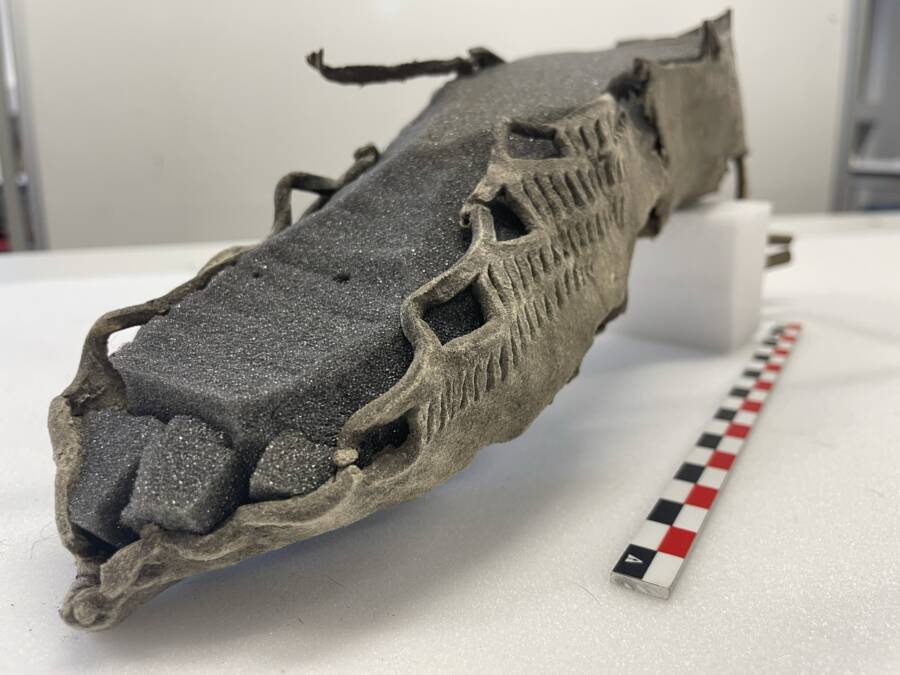 Secrets of the Ice/TwitterThe Roman attributes of the sandal seem to suggest that the ancient people of what is now Norway had more contact with the outside world than previously thought, according to archaeologists.

In the fall of 2019, a hiker notified archaeologists in Norway about a curious find in the Jotunheim Mountains — a raggedy shoe. Well aware that the melting ice often revealed ancient treasures, a team from Secrets of the Ice went to investigate and found a 1,700-year-old sandal.

“[The hiker] sent us GPS coordinates and photos, and left the discovery in the ice,” archaeologist Espen Finstad of Secrets of the Ice told Live Science, noting that his team had to act fast to recover the sandal from an area of the Lendbreen ice patch before a snowstorm.

The archaeologists then examined the sandal. Using radiocarbon dating, they determined that it originated in 300 C.E., or some 1,700 years ago. Though they’ve uncovered numerous shoes, this is the oldest they’ve ever found, and it’s unique in its construction.

But they wondered how the sandal had ended up in the snowy mountains in the first place.

“I do a lot of hiking in the mountains, and you know, I find myself thinking, why would you wear that shoe up here… it’s just very open,” Finstad told Science Norway. “Full of patterns and holes. But it was there. We found it on the ice.”

The sandal, Finstad explained, looks stylistically like Roman sandals of the same era. Though it seems impractical for the ice and snow, he suspects that its owner wore it in a way that protected their feet.

“It’s easy to joke about a Roman tourist who didn’t quite understand much about the country he was visiting,” Finstad said. “But in any case, I believe the people who walked these routes most likely knew what they were doing. They would have worn something inside this shoe that made it work. Perhaps scraps of fabric or animal skin.”

Indeed, archaeologists suspect that the sandal wasn’t lost by a hapless hiker. Instead, it was probably discarded once it became damaged or worn.

“Why did people lose their footwear in the snow?” Secrets of the Ice archaeologist Lars Pilø wrote on Twitter. “They probably didn’t — the shoes are worn out and probably thrown away as rubbish.” He added: “Well, we don’t think this shoe is rubbish.” 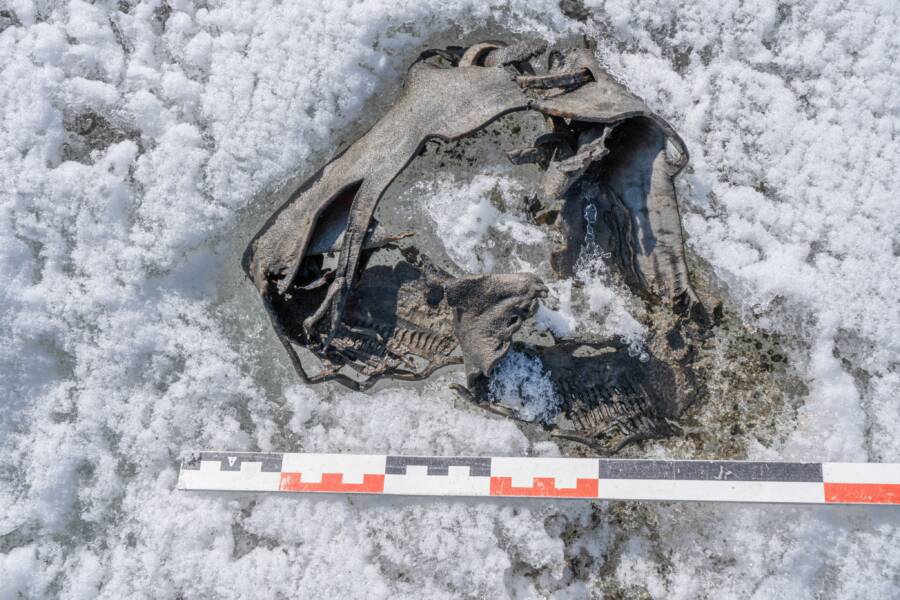 Finstad said that his team found more than the Roman sandal when they investigated the area — they also recovered “horse dung, textiles, leaf fodder, arrow shafts, and other items.”

Finds like these, he said, illustrate the rich history of Norway’s lonely mountain passes, which were once traversed by travelers and traders.

“It tells us that what today looks like a wild and desolate mountain landscape has been a prehistoric traffic landscape and that it is full of traces of humans,” he explained. “People have not been afraid to move out into tough mountain areas. They have traveled long distances and had contact and exchange.”

To Science Norway, he said, “You have this vast wilderness, with no traces of humans. But then you realize it’s actually brimming with clues. Little clues at first, but then when they multiply, and you can see them all together, this whole new story appears.” 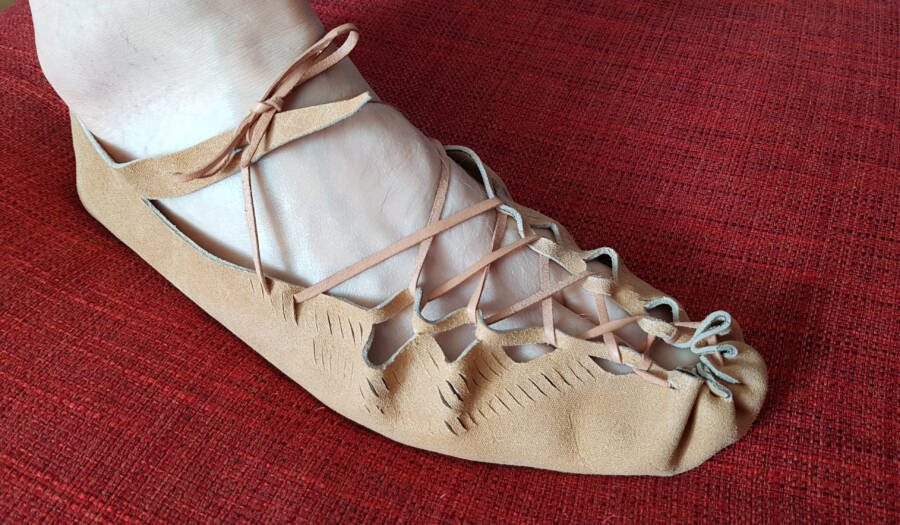 Vegard Vike/TwitterA reconstruction of the Roman sandal by Vegard Vike at the Museum of Cultural History in Oslo.

Secrets of the Ice has investigated sites like this for over a decade, and each new find builds a more complete picture of how ancient people used the mountains. Recently, the archaeological team also uncovered 1,700-year-old reindeer hunting tools, including arrows, at the mountains peak of Sandgrovskardet.

“It’s a giant puzzle,” Finstad said. “We’ve been close to figuring out where these mountain passes go for a while, we’ve been out there looking for clues. And then these finds appear and reveal one of them. It’s just very exciting.”

After reading about the Roman sandal recovered in Norway, discover the story of the Viking sword found on a Norwegian mountain. Or learn about Harald Hardrada, the last great Viking king of Norway.