The Story Of Mary Jo Buttafuoco, The Woman Who Survived Being Shot In The Face By Her Husband’s Teenage Lover

Nearly a year into her affair with Mary Jo Buttafuoco's husband Joey, 17-year-old Amy Fisher walked up to Buttafuoco's house and shot her at point-blank range. 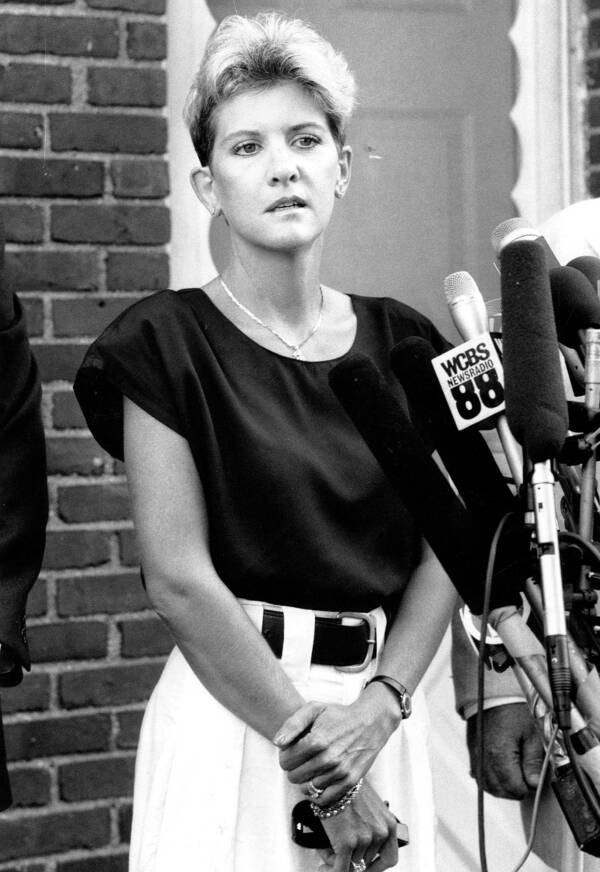 Mary Jo Buttafuoco never even saw the gun. She just answered the door on a spring day in 1992 and spoke briefly with a teenage girl who claimed that Mary Jo’s husband was having an affair with her little sister. In disbelief, Mary Jo had turned away. Then, the girl shot her.

Over the next several years, the story of Mary Jo and the “Long Island Lolita” captivated the nation. Who was the 17-year-old girl, Amy Fisher, who had shot Mary Jo in the head? What had truly happened between Fisher and Mary Jo’s husband, Joey Buttafuoco? And why had Mary Jo decided to stand by her man?

This is the story of Mary Jo Buttafuoco, the woman who survived getting shot in the face by her husband’s teenage lover.

The Shooting Of Mary Jo Buttafuoco

At first, May 19, 1992, seemed like a typical day for Mary Jo Buttafuoco. With her children at school and her husband, Joey, out of the house, Mary Jo decided to take the time to paint some benches in the backyard of her two-story white house in Massapequa, Long Island.

Then she heard the doorbell ring. 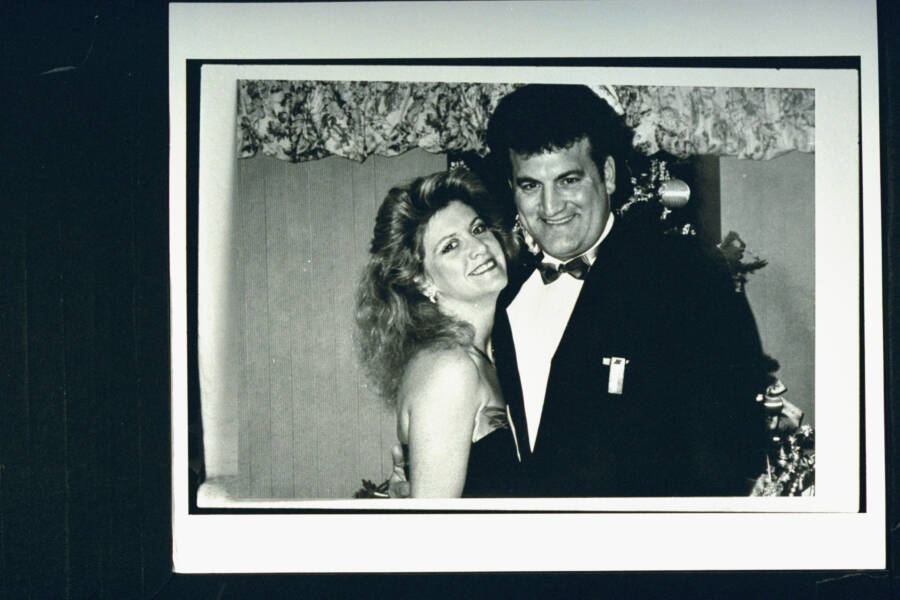 Marianne Barcellona/Getty ImagesMary Jo Buttafuoco with her husband, Joey Buttafuoco, at an undated New Year’s Eve party at their home.

When she answered it, she found herself face to face with a teenage girl. The girl introduced herself as Ann Marie and said that she needed to speak with Mary Jo about her husband. Assuming that the girl wanted to know something about Joey’s auto repair business, Mary Jo stepped outside.

Then the girl brought Mary Jo’s world crashing down. As Mary Jo later said on The Oprah Winfrey Show, “Ann Marie” claimed that Joey was having an affair with her little sister, and offered up a t-shirt from Joey’s auto repair business as proof.

Convinced after a couple of minutes that the girl was lying, Mary Jo turned to go back into the house.

“I wasn’t frightened,” she told Oprah. “I didn’t feel that I had [to] fear that something was going to happen. I’m in my own house, it’s broad daylight, cars are driving back and forth, she’s smaller than me.”

But as Mary Jo Buttafuoco turned, she suddenly felt a sharp blow against her head. The girl had pulled a .25-caliber semiautomatic pistol from her pocket and hit Mary Jo hard against the back of her skull. Then, she fired into her right temple.

“I thought she hit me with a baseball bat,” Mary Jo told Oprah. “My thought was, ‘Where did she get the bat?'”

After being shot, Mary Jo Buttafuoco was rushed to the hospital in “extremely critical condition.” With a severed carotid artery, she spent two days on a respirator. But Mary Jo miraculously survived and soon offered up a description of her assailant.

Then, to Mary Jo’s shock, her husband Joey said that he knew her shooter. 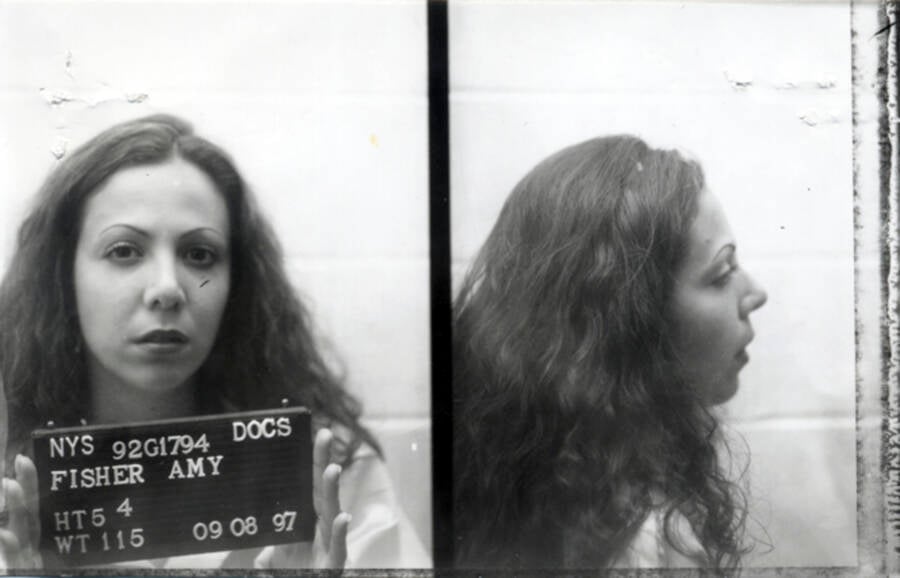 Kypros/Getty ImagesAmy Fisher, who was 17 when she shot Mary Jo Buttafuoco, during her incarceration by the New York State Department of Correctional Services in 1997.

The girl who’d come to the Buttafuoco home was not named Ann Marie, he said, but Amy Fisher. And Joey Buttafuoco had not had an affair with her little sister — but with the 17-year-old Fisher herself.

Slowly, the details of their affair fell into place. Joey and Fisher had met at the end of 1990 when Fisher brought her car to his auto shop for repairs. And by the summer of 1991, they’d begun a sexual relationship.

Joey claimed that he’d tried to end it — and that that was why Amy Fisher had decided to go to their home and kill his wife.

“The young lady would have no part of ending the romance,” Police Sergeant Daniel Severin told the New York Post in May 1992. “For her, it was a fatal attraction.”

Two days after shooting Mary Jo Buttafuoco, police arrested Amy Fisher and charged her with attempted murder and criminal use of a firearm. From that point on, the story of Mary Jo, Joey, and Fisher — whom the press dubbed the “Long Island Lolita” — captivated Americans across the nation.

The Hazy Truth Of The ‘Long Island Lolita’

As the country watched, the story of Mary Jo Buttafuoco, Joey Buttafuoco, and Amy Fisher, twisted and turned. At court, Fisher’s lawyer, Eric Naiburg, depicted Fisher as the wronged party.

“She is a victim, a horrible victim; I will never stop portraying her as a victim,” Naiburg said, He alleged that Fisher had only tried to kill Mary Jo on Joey’s suggestion. 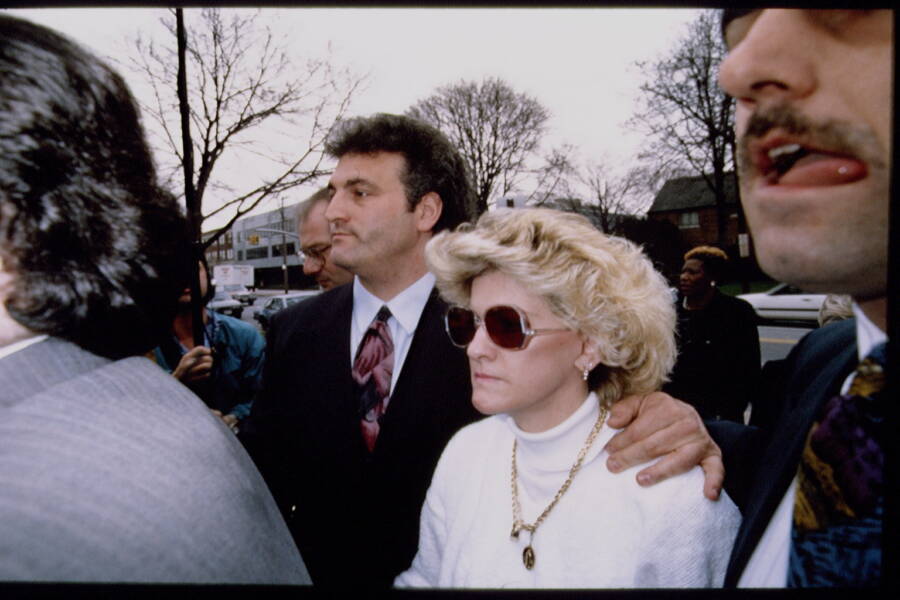 Rick Maiman/Sygma via Getty ImagesJoey and Mary Jo Buttafuoco walking to Amy Fisher’s trial at the Nassau County Court in 1993.

Indeed, Amy claimed that Joey told her that “When [Mary Jo] answers [the door], don’t even wait for her to open the screen door. Just shoot and keep shooting.”

In the end, however, the jury didn’t buy it. Amy Fisher pleaded guilty to reckless assault and was sentenced to 15 years in prison. Meanwhile, Joey Buttafuoco faced charges of his own.

Since Amy Fisher had been a minor when they began their affair, Joey Buttafuoco was charged with statutory rape. In November 1993, he pleaded guilty and was sentenced to six months in prison.

However, in the years that followed, both Amy Fisher and Joey Buttafuoco changed their stories. At a parole hearing in 1999, Fisher took full responsibility for her actions. Despite allegations that Fisher had suffered abuse at the hands of her father and her lawyer, Naiburg, she said in court that she was the only person responsible for shooting Mary Jo Buttafuoco.

“I’d like to say something to Mary Jo,” Fisher said. “What happened to you was not your husband’s fault, not your fault, not my father’s fault, and not Eric Naiburg’s fault. It was my fault, and I have spent the last seven years trying to figure it out.”

For her part, Mary Jo offered Fisher her forgiveness. “She has shown true remorse and sorrow for what she did to me,” Mary Jo told the court. Turning to Fisher, she added, “You are being given a second chance in life, and I pray you will take it and make something positive out of all this tragedy.”

As a result, Fisher was released from prison soon afterward. But whereas she offered contrition for her actions, Joey Buttafuoco had no such change of heart.

“[Fisher] was never a girlfriend, never a lover,” Joey Buttafuoco told USA Today in 2003. “The prosecutors spent so much time and money coming after me they had to get a conviction.”

And through it all, Mary Jo Buttafuoco continued to physically and emotionally suffer from the aftermath of the shooting. She was deaf in one year, and wouldn’t regain the ability to smile until 2017. Plus, she faced harsh criticism from the public for staying with her husband.

“The kids were little… I was raised Irish Catholic… I didn’t know anybody who ever got a divorce,” Mary Jo told Oprah. “My anger — and I look at it now and I cringe because I was so angry back in the day — was that it turned into this, ‘Did he or didn’t he?’ Instead of, ‘Hey, what about me?'”

Where Is Mary Jo Buttafuoco Today? 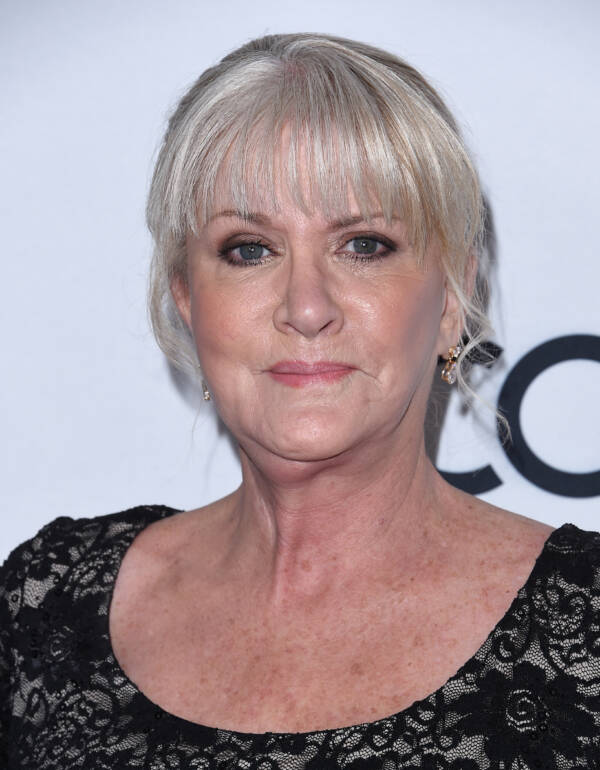 In the aftermath of the shooting and the trial, Joey and Mary Jo Buttafuoco relocated to California. And even when Joey was arrested in 1995 for soliciting sex from an undercover policewoman, Mary Jo stayed with him until 2003. Then, she filed for divorce.

In the years afterward, Mary Jo did some deep thinking about both her husband and her would-be killer. In 2009, she published a book called Getting It Through My Thick Skull: Why I Stayed, What I Learned, and What Millions of People Involved with Sociopaths Need to Know about her relationship with Joey.

“Joey Buttafuoco is a sociopath. There, I said it. Sad but true,” Mary Jo wrote. “The man who stole my heart in high school — whose large, hardworking Italian family embraced me, who constantly professed undying love and devotion, with whom I shared a million happy, fun times — is a sociopath.”

“There’s no emotion. There’s no real feeling,” Mary Jo told Oprah. “I believe with all my heart now she is sorry. I know she feels terrible, and she really is remorseful. But I don’t think she’s ever gotten it. ‘What on Earth made me at 17 years old walk up to that lady’s house and put a bullet in the side of her head?’ She just won’t go there.”

Remorseful or not, Fisher staged a public but fake “reunion” with Joey in 2007. That event, Mary Jo later said, helped inspire her to write her book.

In the end, Mary Jo Buttafuoco is lucky to be alive. But the drama surrounding her teenage attacker, her philandering husband, and their dramatic trials have distracted from the heart of the story. On the TV show Scandal Made Me Famous, Mary Jo put what happened to her in stark terms.

“It wasn’t an assault,” she said of that May day when Amy Fisher shot her in the head. “It was an assassination.”

After reading about Mary Jo Buttafuoco, discover the chilling story of Diane Downs who tried to kill her children to be with her lover. Or learn about John List who killed his entire family rather than tell them he’d lost his job.