Diane Downs, The Killer Mom Who Shot Her Kids So She Could Be With Her Lover

In 1983, an Oregon mom named Diane Downs pulled her car over to the side of a road and shot her three young children in the backseat. Then, she claimed she was the victim of a carjacking. 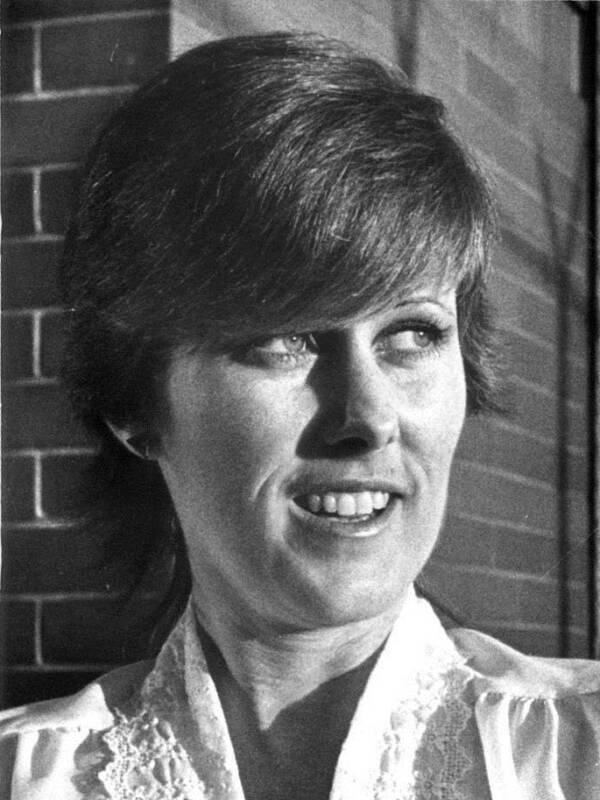 For years, Diane Downs seemed to have a wonderful life. She was married to her high school sweetheart, worked part-time at a local thrift store, and had three children, Christie Ann, Cheryl Lynn, and Stephen Daniel. But that idyllic image shattered in the early 1980s.

In 1980, her husband, Steven Downs, divorced her after he became convinced that young Danny wasn’t his son. Downs tried to become a surrogate but failed when the psychiatric tests indicated signs of psychosis. She found brief solace in a new lover until he left her because of her children. So Downs decided to murder them so she could be with him.

On May 19, 1983, Diane Downs pulled over to the side of a rural road in Springfield, Oregon, and shot them multiple times with a .22-caliber pistol. She then fired a round into her own arm before driving to the hospital to claim that a “bushy-haired stranger” had assaulted her family during a terrifying carjacking.

With seven-year-old Cheryl dead, three-year-old Danny paralyzed from the waist down at three years of age, and eight-year-old Christie suffering a stroke that impaired her speech, authorities initially believed Downs. That is until Christie recovered — and told them who really shot her.

Born on Aug. 7, 1955, in Phoenix, Arizona, Elizabeth Diane Downs (née Frederickson) appeared to have a normal childhood. Behind closed doors, however, she was being molested by her father, Wesley Linden, as early as the age of 12 while he and her mother, Willadene, portrayed themselves as upstanding conservatives.

As a freshman at Moon Valley High School, Downs dressed like a grown woman of the 1960s and dated older boys. One of them was Steven Downs, from whom she became inseparable as the pair roved the streets of Phoenix looking for fun. 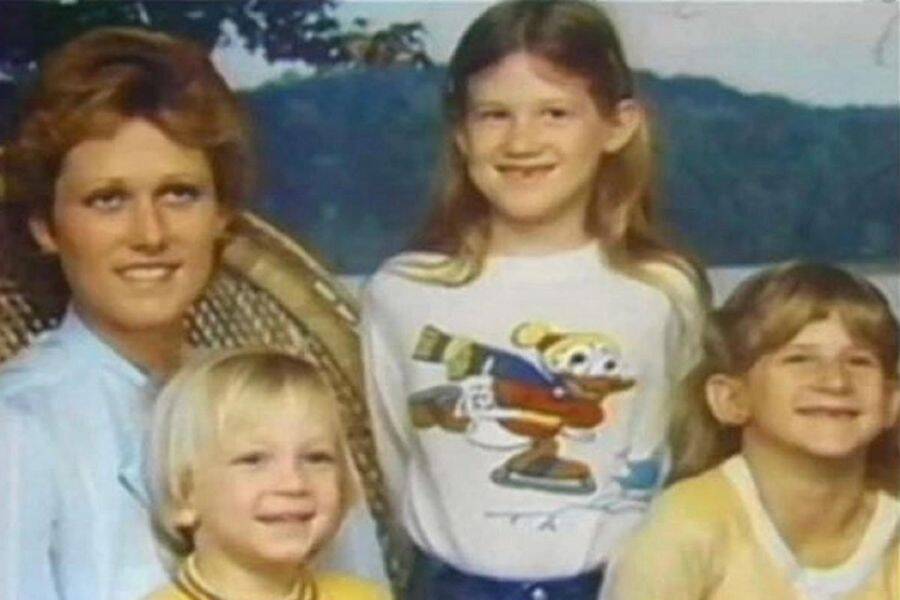 Family PhotoDiane Downs and her children, Danny, Christie, and Cheryl.

The two would graduate together but briefly part, as Diane Downs enrolled at Pacific Coast Baptist Bible College in Orange, California, and Steve enlisted in the U.S. Navy. But Downs would ultimately be expelled after a year for promiscuous behavior. Reunited in Arizona, the two got married on Nov. 13, 1973.

Almost immediately, however, their relationship began to suffer privately. The couple regularly argued about financial issues and fought over alleged infidelities. It was into this environment that Christie, Cheryl Lynn, and Stephen Daniel (Danny) were born in 1974, 1976, and 1979, respectively.

By the time Danny was born, arguments over infidelities had become so intense that Steve became convinced that Danny wasn’t his biological son at all but the product of an affair. Incapable of reconciling, the couple divorced in 1980. The 25-year-old divorcée tried hard to become a surrogate, but failed her psychiatric tests twice.

Diane Downs became increasingly negligent of her kids. She often left them with her parents or ex-husband without much notice, seemingly indifferent — and more interested in the affection of other men.

Her children were often seen unkempt and appeared malnourished. Downs would routinely leave Christie in charge of her other two kids when the girl was only six years old. In 1981, however, she met Robert “Nick” Knickerbocker and embarked on an affair that waived her troubles away.

For Knickerbocker, who was married, Diane Downs’ children were the equivalent of too many strings attached. He told Downs he had no interest in “being a daddy” and ended the affair. Within two years, she would attempt to murder her kids in the hopeful pursuit of regaining his affection. 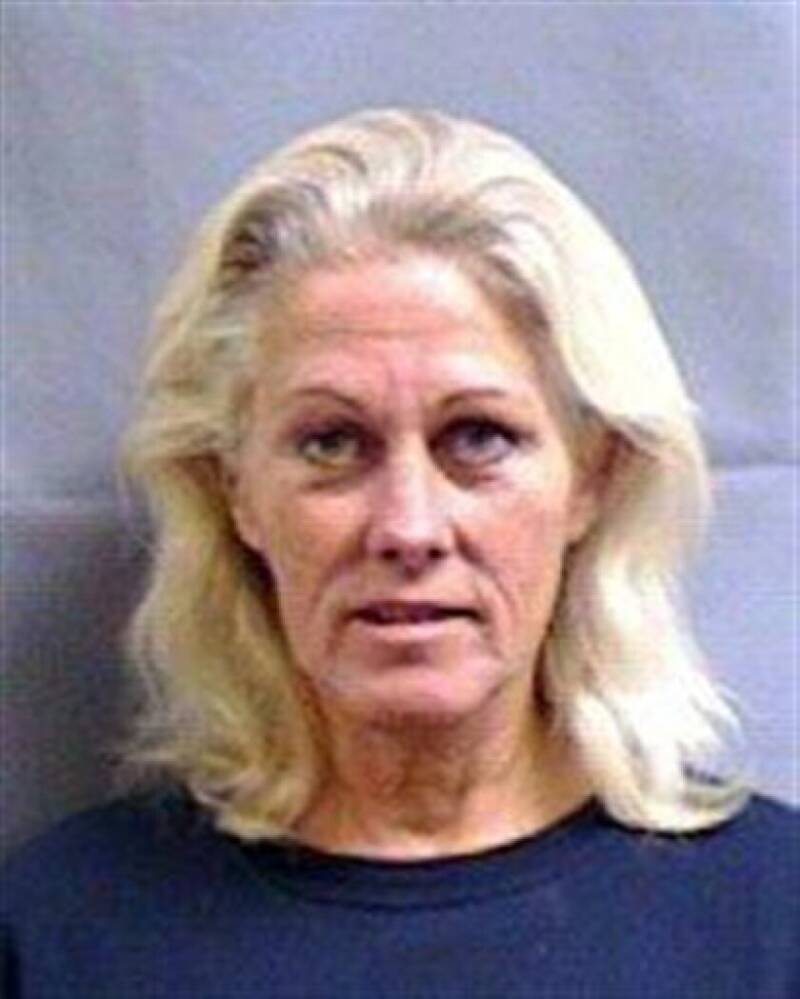 Oregon Department of CorrectionsDiane Downs in 2018.

In April 1983, Diane Downs moved to Springfield, Oregon, and got a job as a postal worker. Then, on May 19, 1983, she drove her children down Old Mohawk Road just outside of town, pulled over to the side of the road, and shot each of her kids with a .22-caliber pistol.

After shooting herself in the left forearm, Diane Downs drove to the hospital at a snail’s pace. A driver told police it couldn’t have been more than about five mph. Dr. Steven Wilhite had just gotten home when his beeper went off. He rushed back for the emergency and recalled thinking Christie was dead. He saved her life and updated Downs to suspicious results.

“Not one tear,” he said. “You know, she just asked, ‘How is she doing?’ Not one emotional reaction. She says things to me like, ‘Boy, this has really spoiled my vacation,’ and she also says, ‘That really ruined my new car. I got blood all over the back of it.’ I knew within 30 minutes of talking with that woman that she was guilty.”

Downs lied and said she didn’t own a gun, but a search warrant revealed otherwise. Police also found her diary, which was filled with references to Knickerbocker and his hesitancy about the relationship. The witness who saw her drive slowly after the shooting only furthered suspicions. She was arrested on Feb. 28, 1984.

And when Christie regained her speech, the facts were clear. When asked who shot her, the girl replied simply, “My mom.” Diane Downs had tried to murder her own kids and driven slowly to the hospital in hopes they would bleed out. And in 1984, Diane Downs was convicted and sentenced to life in prison.

After learning about Diane Downs, read about Marianne Bachmeier, Germany’s “Revenge Mother” who shot her child’s killer. Then, learn about Gypsy Rose Blanchard, the “sick” child who killed her mother.