Burning Man Festival: Where You Can Buy Acceptance

Offering an escape from the confines of capitalist society for a cool $380, Burning Man proves that the market even provides for those who despise it. 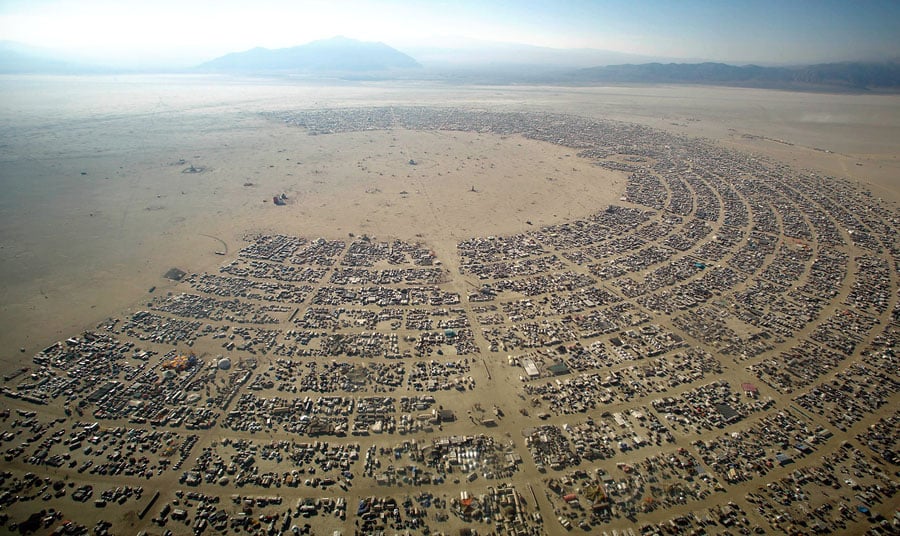 How much does freedom from judgment cost? To Burning Man Festival coordinators, just $380. The steep ticket price affords you a communal experience where expectations and conventional social norms are tossed out the window. Complete self-expression is encouraged, and so long as you pay up, you too can enjoy what life looks like from outside society. 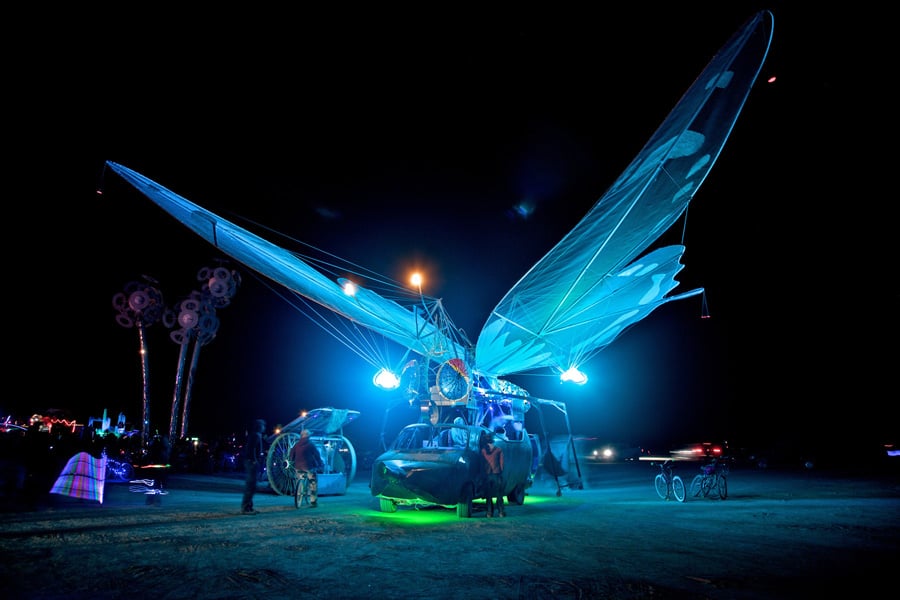 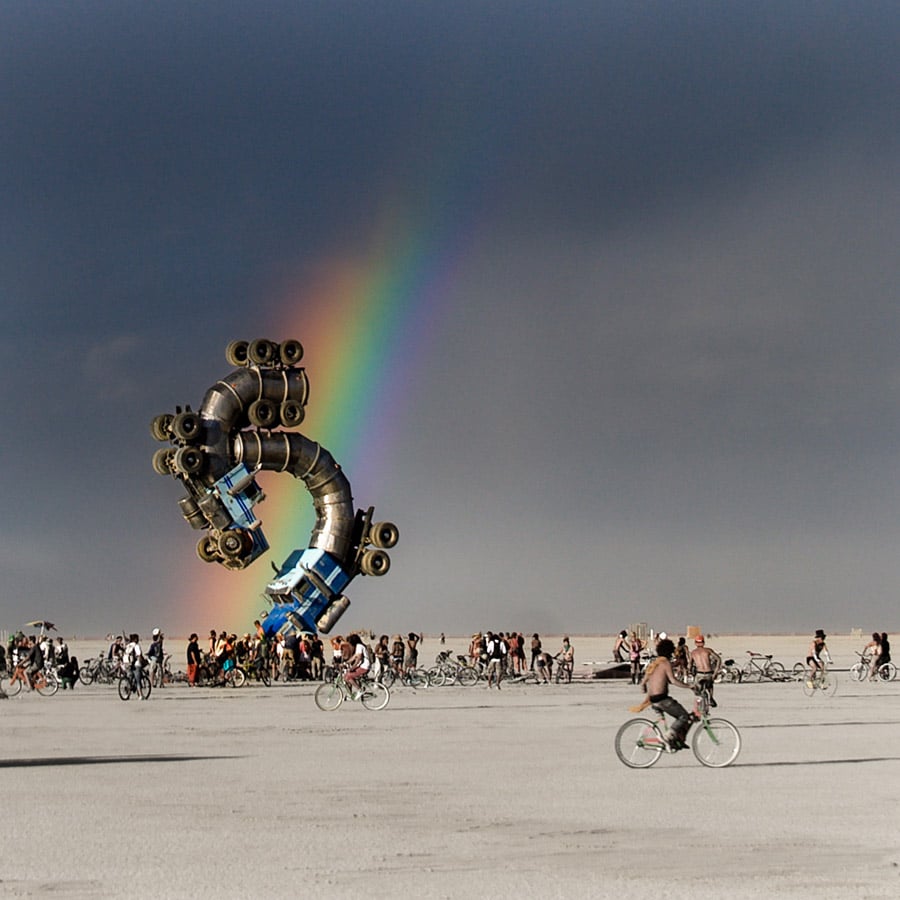 The summer festival has become so popular that tickets for the 2014 event sold out in a mere 44 minutes, which speaks to the power of ideas. In the summer of 1986. Jerry James and Larry Harvey – along with a dozen of their close friends – went to Baker Beach, San Francisco to burn a wooden effigy they created and to celebrate the Solstice. It’s unlikely that they foresaw how such an intimate tradition would grow in the following 25 years, attracting tens of thousands of people a year.

Now held in Black Rock Desert, Nevada, people trek from around the world to take part in this unique and wild event, with a counter culture that in many ways harkens back to Woodstock and the heyday of the hippie. 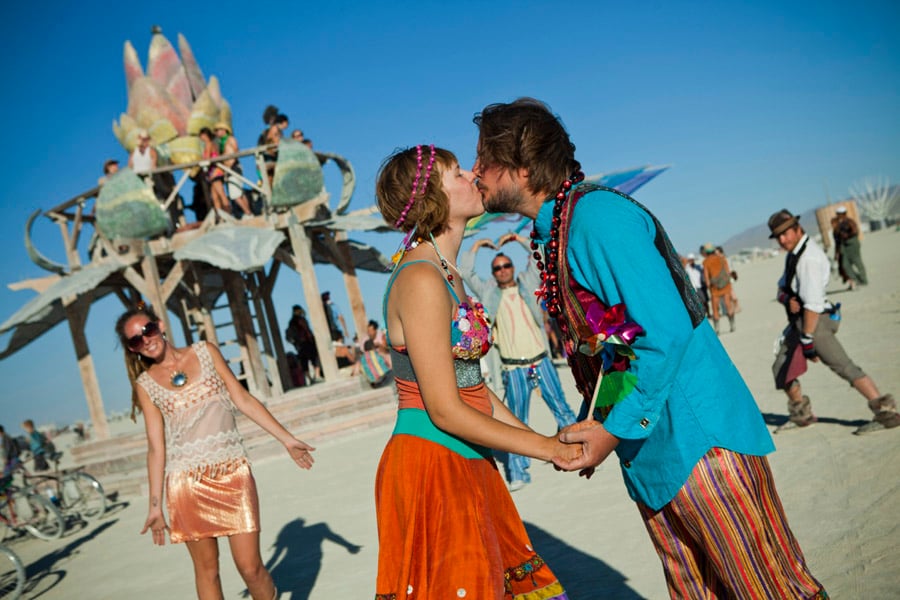 Source: Made By Julianne 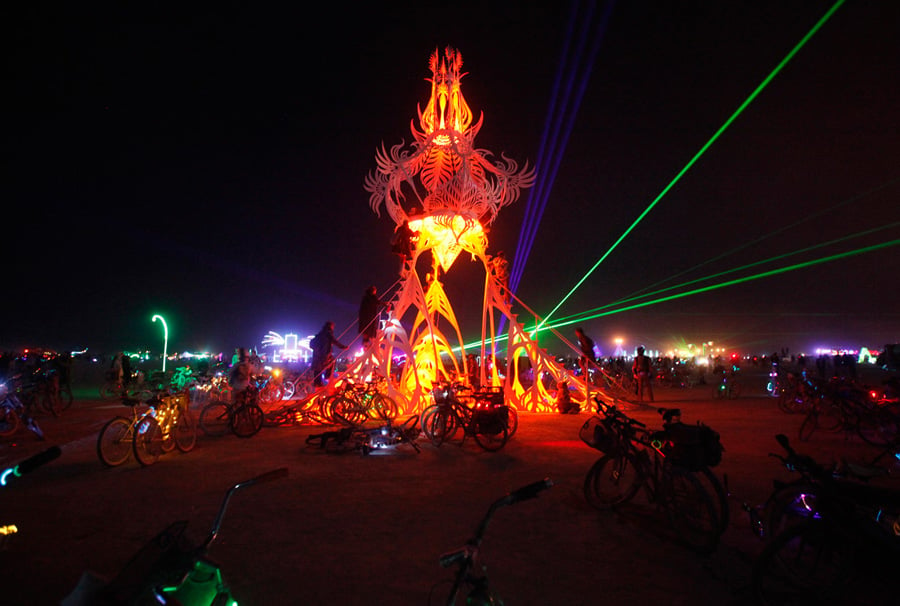 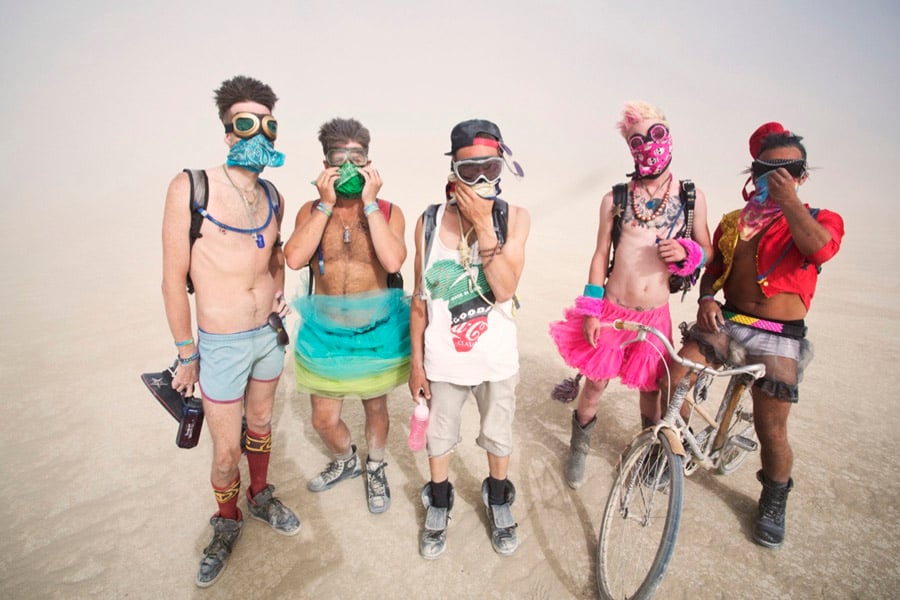 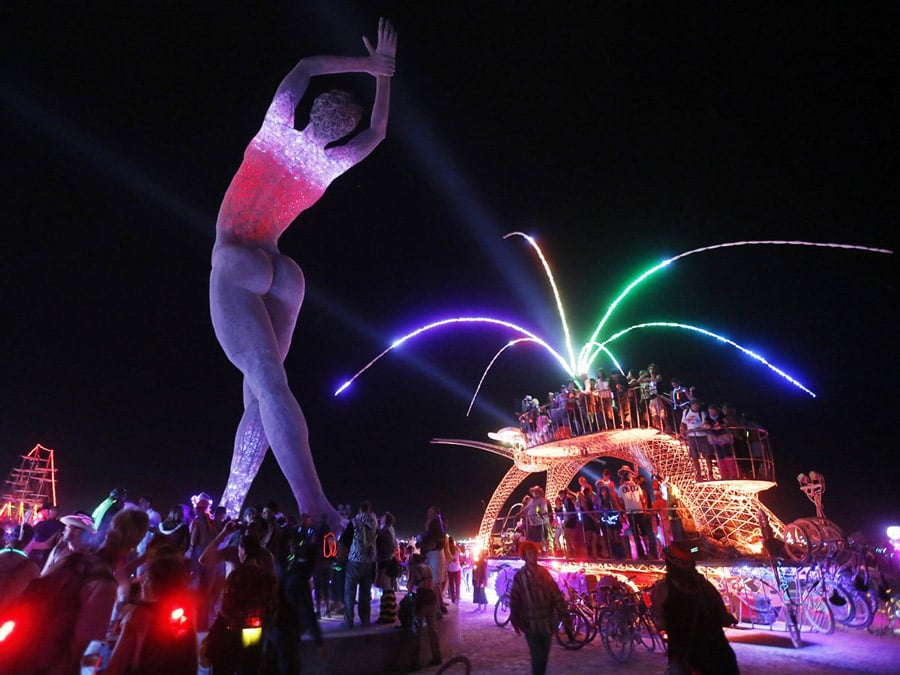 Lasting for eight days and culminating on the first Monday in September, Burning Man is an art exhibition as well as a study on community and radical self-expression. The festival’s main event is held on Saturday night, where ‘The Man’—the wooden effigy from which the festival receives its name—is burned. 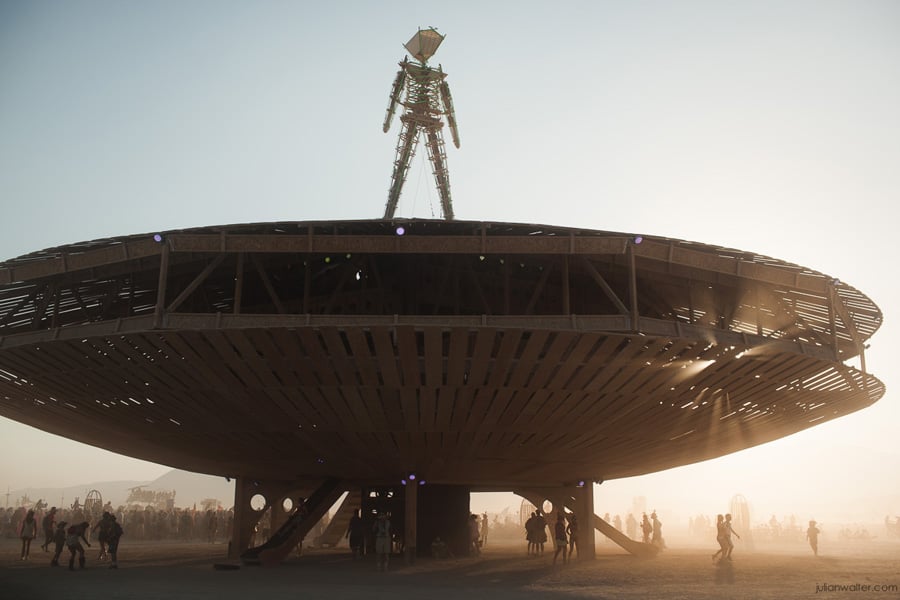 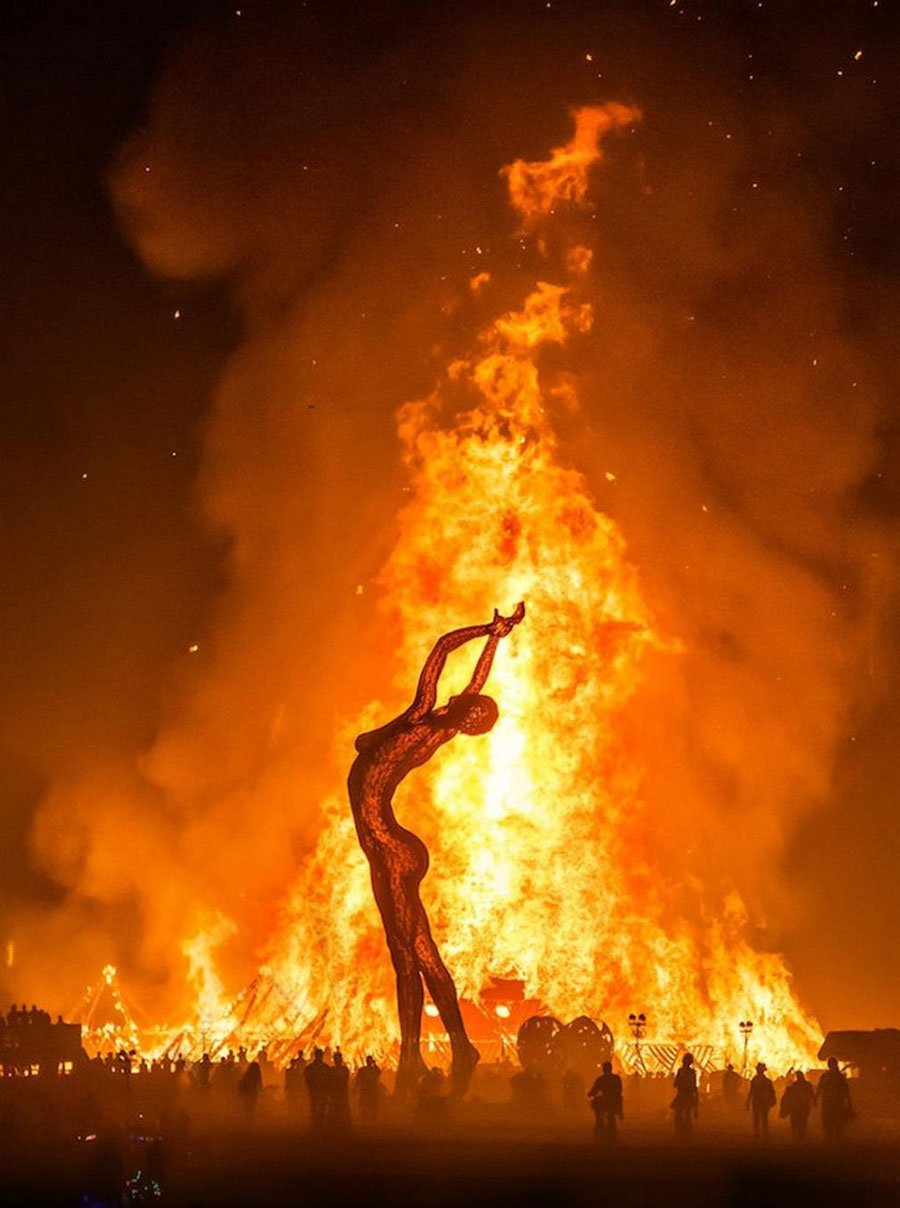 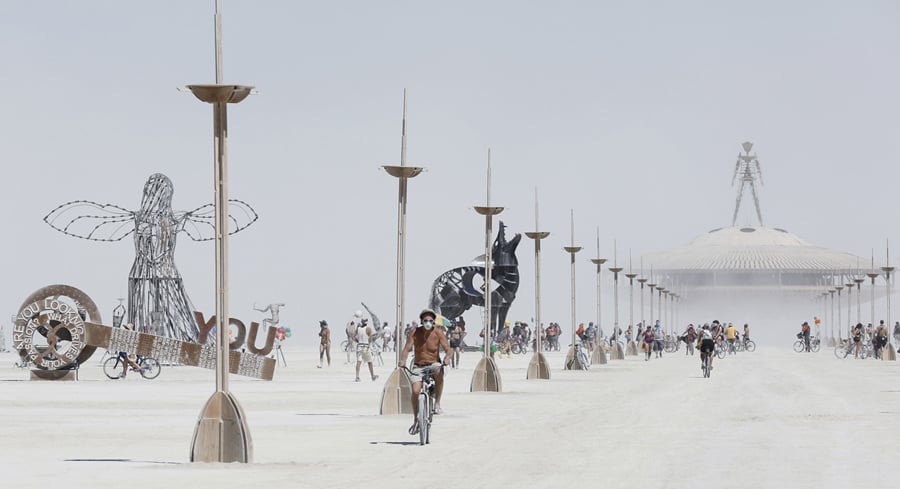 The costumes and clothing worn – or, more realistically, neglected – draws easy parallels to New Orleans Mardi Gras celebrations. Unlike Mardi Gras’ devotion to unbridled hedonism, though, Burning Man revolves around a set of principles that hopes to spring society ahead and people closer together.

The first among these principles is Radical Inclusion. Simply stated, anyone is welcome and accepted at Burning Man. You are who you are, and you belong. According to the festival’s motto, ”Anyone may be a part of Burning Man. We welcome and respect the stranger. No prerequisites exist for participation in our community”. The organizers simply ask that attendees “provide for their own basic needs and follow the guidelines stated in the annually updated event.” 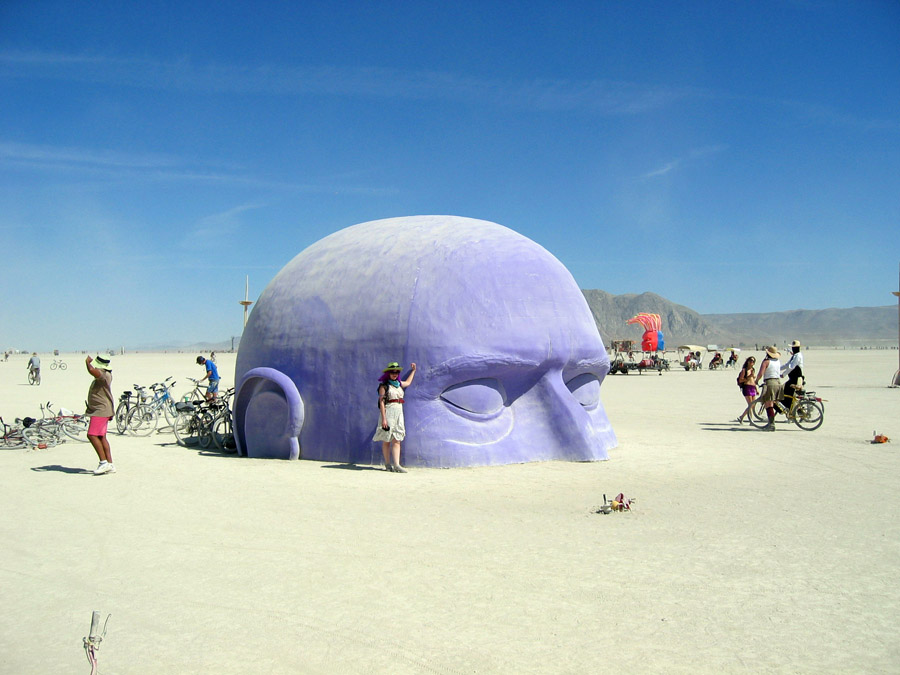 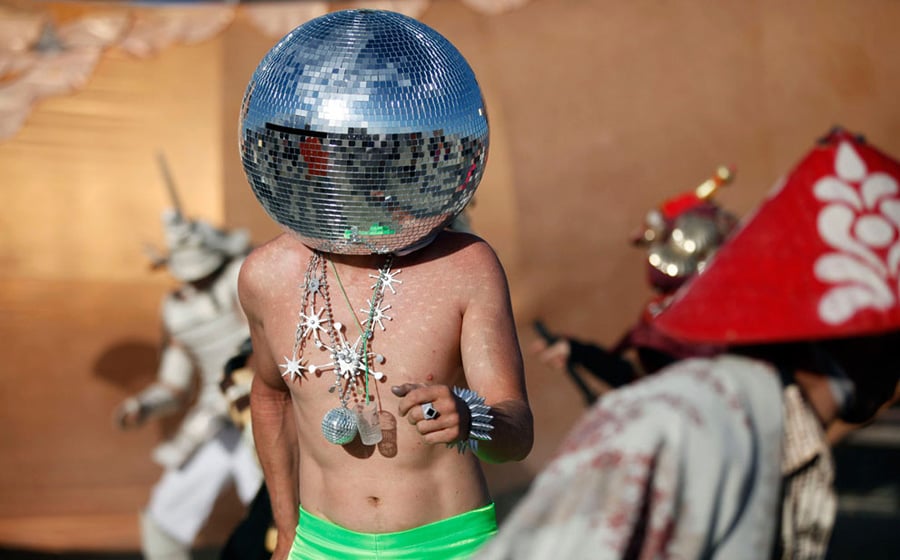 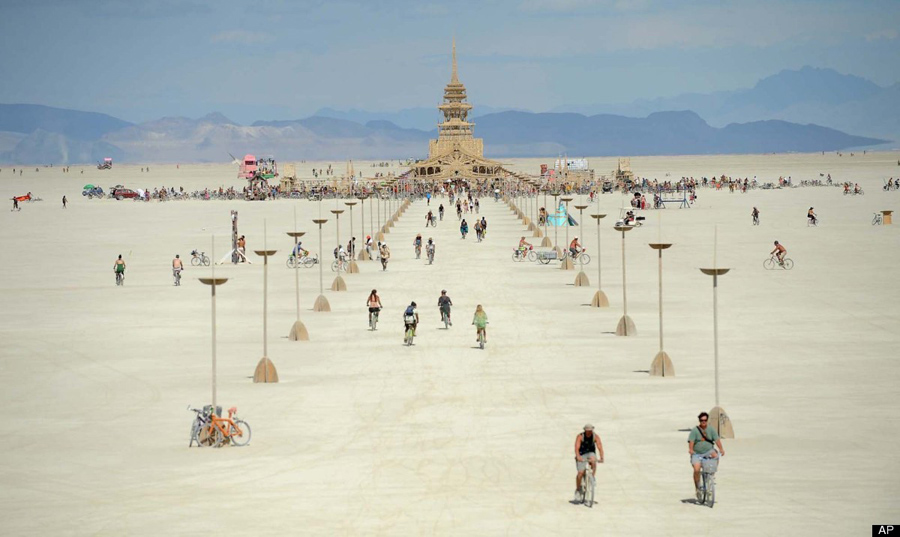 The attendees of the event are also strongly encouraged to adhere to the principle of gifting. People bring and give gifts to one another throughout the week. It is expected to be the source of economy throughout. Vendors are not allowed, nor are cash transactions for goods or services between attendees. There are a few exceptions and contradictions between the festival’s communitarian ethos and its entrance requirements (namely: “belongingness” is a commodity for which you pay to experience), but the overall goal is to construct a peaceful, non-materialistic adventure.