Cairo, Illinois Was Once A Booming City — Until Racist Violence Destroyed The Entire Town

Despite its former promise, deep-seated racial tensions would eventually devastate the town of Cairo, Illinois, rendering it nearly abandoned today. 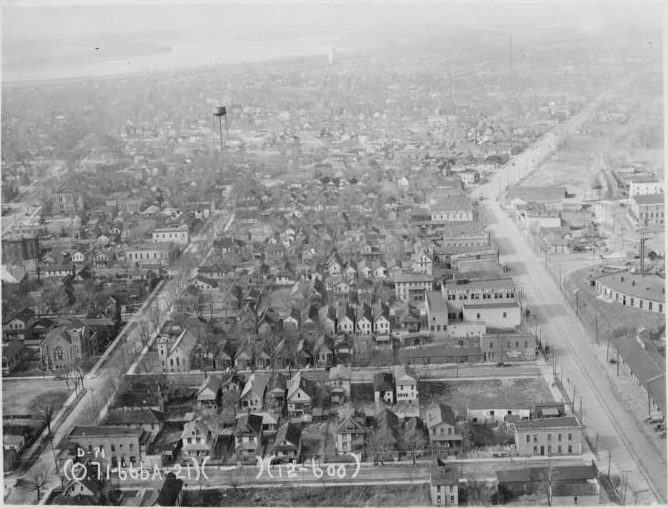 Cairo, Illinois was once a bustling transportation hub situated at the junction of the Mississippi and Ohio rivers. Today, however, there is little evidence of that riverside boom town. On street after street in “Historic Downtown Cairo,” once grand buildings have slowly grown dilapidated or been swallowed by plants. Hope for Cairo’s resurgence is long gone.

Although America is dotted with former boom towns made irrelevant over time, the history of Cairo (pronounced CARE-o) is unusual. Despite its early glory, Illinois’ southernmost town is now mostly remembered for its racial strife, which according to some, was instrumental in the town’s decline.

The Establishment Of Cairo, Illinois 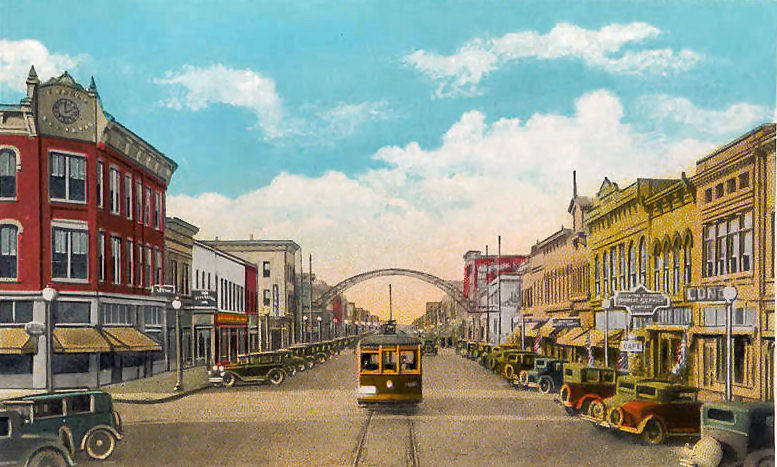 Before it became Cairo, Illinois, the area was a fort and tannery for some of the first French traders who arrived in 1702, but their operation was cut short after Cherokee Indians slaughtered most of them. A century later, the area at the confluence of the Mississippi and Ohio rivers became the subject of Lewis and Clark’s first scientific study.

Fifteen years after that, John G. Comegys of Baltimore bought 1,800 acres there and named it “Cairo” in honor the historic city of the same name on the Nile Delta in Egypt. Comegys hoped to turn Cairo into one of America’s great cities, but he died two years later — before his plans could be realized. The name, however, stuck.

It wouldn’t be until 1837 when Darius B. Holbrook entered the town that Cairo really took off. Holbrook more than anyone else was responsible for the town’s establishment and early growth.

As president of the Cairo City and Canal Company, he set a few hundred men to work constructing a small settlement including a shipyard, various other industries, a farm, a hotel, and residences. But Cairo’s susceptibility to flooding was a major obstacle in establishing a permanent settlement, which faltered at first as the population fell by more than 80 percent.

Holbrook then sought to add Cairo as a station stop along the Illinois Central Railroad. By 1856, Cairo was connected by rail to Galena in northwest Illinois, and levees had been constructed around the town for transportation.

This set Cairo on the path to becoming a boom town within just three years. Cotton, wool, molasses, and sugar was shipped through the port in 1859 and the following year, Cairo became the seat of Alexander County.

Conflict During The Civil War 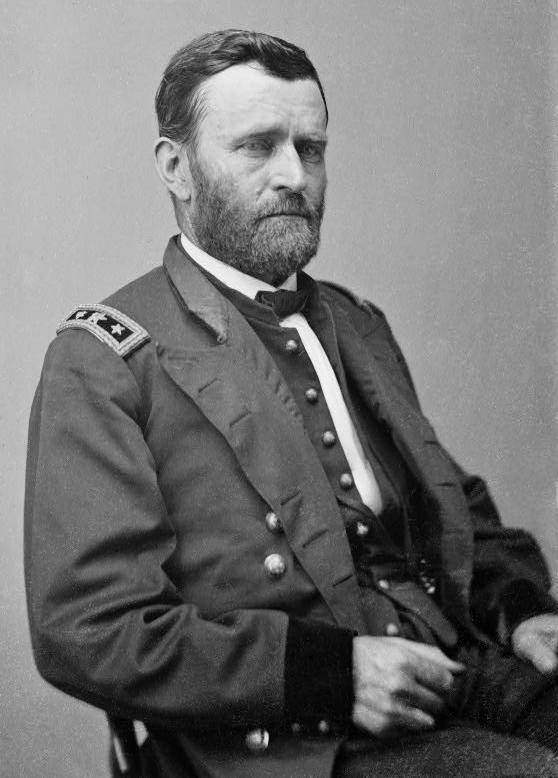 Wikimedia CommonsGeneral Ulyssess S. Grant used Cairo, Illinois as a strategic advantage against the Confederates because of its location.

By the outbreak of the Civil War, Cairo’s population was at 2,200 – but that number was about to explode.

The city’s location along both a railway and a port was strategically important, and the Union capitalized on this. In 1861, General Ulysses S. Grant established Fort Defiance at the tip of Cairo’s peninsula, which operated as an integral naval base and supply depot for his Western Army.

White Union troops stationed at Fort Defiance swelled to 12,000. Unfortunately, this occupation by Union troops meant that much of the town’s trade by rail was diverted to Chicago.

Meanwhile, it is suspected that Cairo operated as a safehold along the Underground Railroad. Many African-Americans who escaped the south and made it into the free state of Illinois were then transported to Chicago. By the end of the war, more than 3,000 escaped African-Americans had settled in Cairo.

With burgeoning population and commerce, Cairo was poised to become a major city, with some even suggesting it should become the capital of the United States. But the troops did not like the humid climate made worse by the muddy low-lying land that was so susceptible to flooding. As a result, when the war ended, the soldiers packed up and went home.

Despite the post-war population exodus, Cairo’s location and natural resources continued to attract breweries, mills, plants, and manufacturing businesses. Cairo also became an important shipping hub for the federal government. By 1890, the town was connected by water and seven railroads to the rest of the country and acted as an important way station of sorts between larger cities.

But during those prosperous years of the 1890s, segregation took root and black residents (making up about 40 percent of the population) were forced to build their own churches, schools, and so on.

Local African-Americans also formed the bulk of the unskilled labor force and these men were highly active in unions, strikes, and protests that campaigned for equal rights in education and employment. Such protests also demanded black representation in local government and the legal system as the black population grew more and more.

Cairo was dealt a hard blow in 1905 when a new railway system opened up the neighboring town of Thebes as a port of trade. The competition was devastating to Cairo and white business owners faced a severe downturn and began taking out their frustration on black business owners, setting the stage for tension and violence. 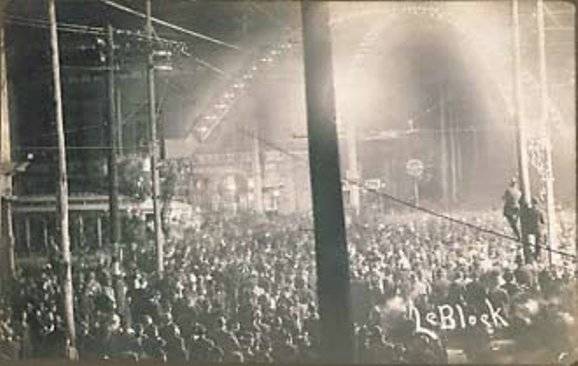 That violence escalated on Nov. 11, 1909, when a black man named Will “Froggy” James was convicted for the rape and murder of Annie Pelley, a local 24-year-old white shop clerk in a dry goods store. Expecting violence, the sheriff hid James in the woods. This was to no avail.

James was discovered by the mob and returned to the town’s center to be publically hung. James was strung up at 8:00 pm, but the rope snapped. The angry mob instead riddled his body with bullets and then dragged him for a mile by a rope before he was torched.

Remnants of his body were taken as souvenirs.

The violence then continued and another prisoner was ripped from his cell, dragged to the town center, lynched, and shot. The mayor and chief of police remained barricaded in their homes. Illinois Governor Charles Deneen was forced to call in 11 companies of the National Guard to thwart the chaos.

Unfortunately, this incident marked just the beginning of racial violence in Cairo, Illinois. The following year, the sheriff’s deputy was killed by a mob attempting to lynch a black man for stealing a white woman’s purse.

By 1917, Cairo, Illinois had developed a violent reputation as the town with Illinois’ highest crime rate, a reputation that stuck even 20 years later. In the depths of the Great Depression, shuttering businesses were forcing residents to leave Cairo for good.

However, the old problem of racism would ultimately be the town’s demise. 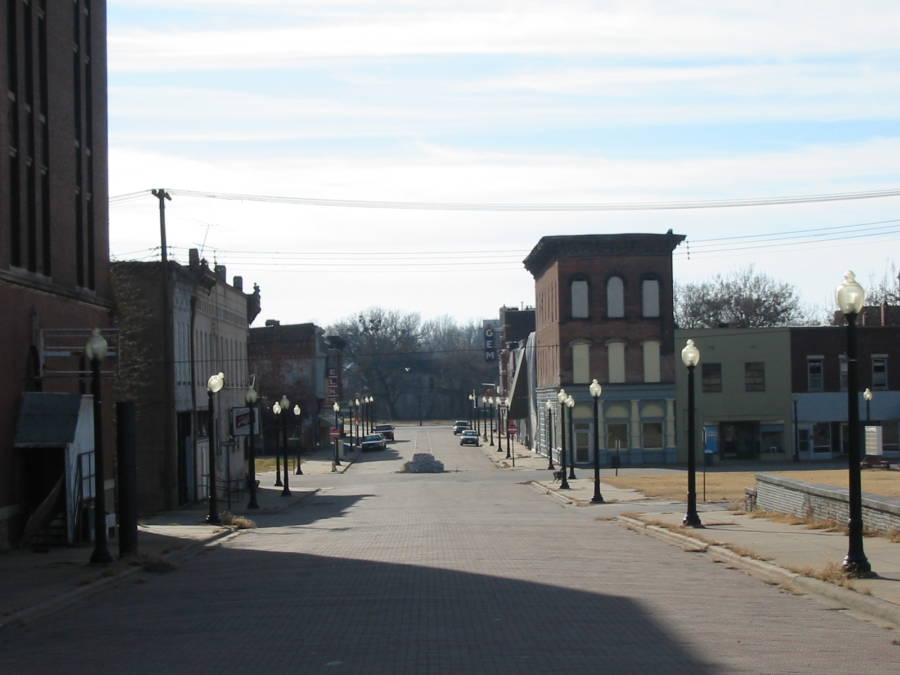 By the late 1960s, Cairo was fully segregated and no white business owner would hire a black resident. Cairo banks refused to hire black residents and the state threatened to withdraw its money if these banks did not reverse their policy.

But it was the suspicious death of 19-year-old black soldier Robert Hunt while on leave in Cairo in 1967 that finally did the town in. Black residents did not believe that the soldier had committed suicide in his jail cell after being arrested on disorderly conduct charges, as the coroner had reported. Black protestors faced violent opposition from white vigilante groups and soon the Illinois National Guard was once again called in and was able to stop the violence after a few days of firebombings and shootouts in the streets.

By 1969, a new vigilante group called the White Hats had formed. In response, black residents formed the United Front of Cairo to end segregation. The United Front boycotted white-owned businesses but the white residents refused to give in and one by one, business began to close. 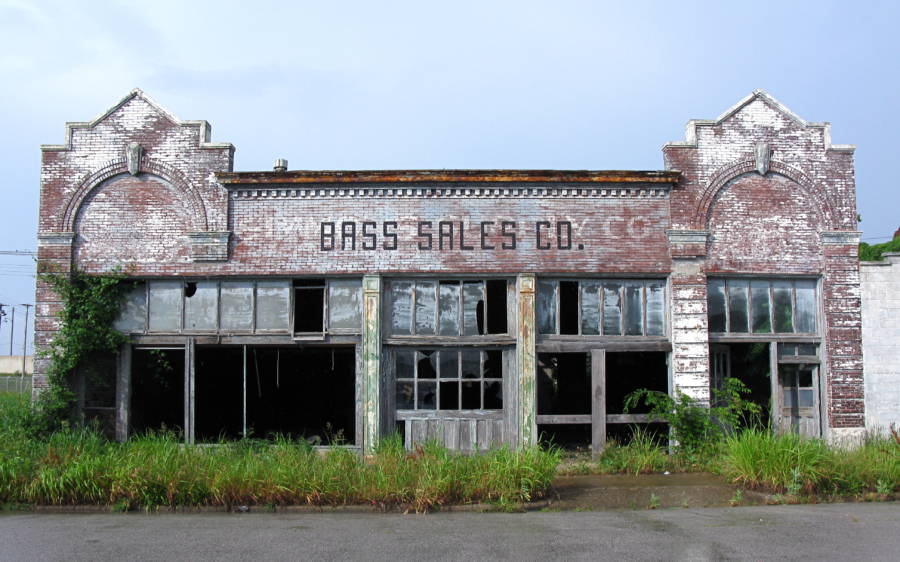 In April of 1969, Cairo’s streets resembled a war zone. The White Hats were ordered to disband by the Illinois General Assembly but still, white residents resisted. The town entered the 1970s with less than half of the population it had in the 1920s. With continued shootings and bombings fueled by racial unrest, most businesses closed and those determined to hold on were boycotted.

Cairo, Illinois limped on into the 1980s and remarkably still holds on to this day — in name, at least. The downtown sits abandoned and the signs of its once great economic promise are long gone. The city’s violent and racist history has snuffed out any hope for progress. Some new businesses open up but are soon closed, and tourism is not actively promoted. The population sits somewhere under 3,000, less than one-fifth of what it was a century ago.

Today, the abandoned, once-prosperous streets of Cairo, Illinois serve as a sad monument to the destructive forces of racism.

After this look at Cairo, Illinois, view some of the most powerful photos that capture the struggle of the civil rights movement. Then, check out appallingly racist ads from decades past.