The mummy lived even before the Incas and was buried according to funerary customs at the time. 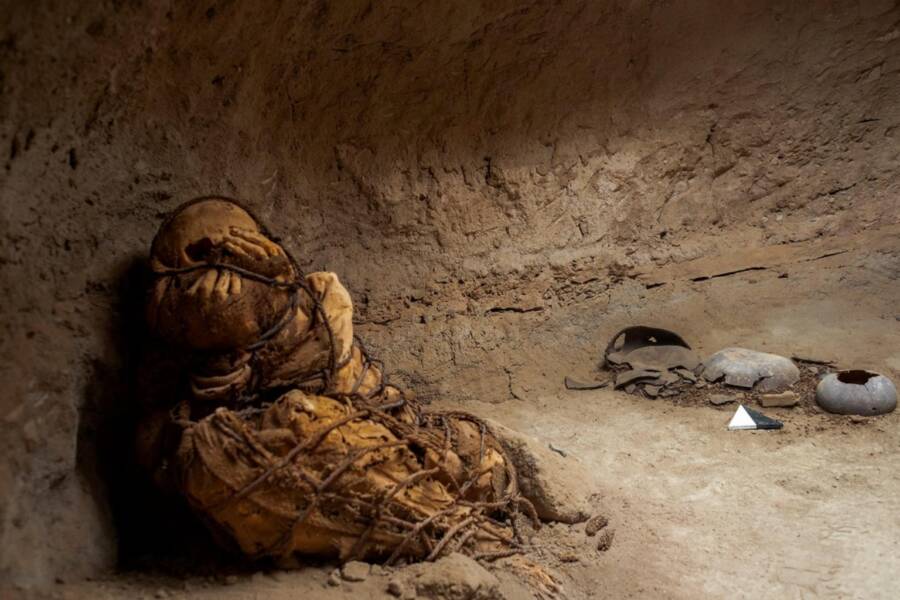 Universidad Nacional Mayor De San MarcosThe mummy is estimated to be between 800 and 1,200 years old.

Archaeologists in Cajamarquilla, Peru, weren’t looking for mummies. But that’s what they found during their excavation — an 800-year-old mummy, bound with rope, with its hands pressed against its face.

“The whole team was really happy because we didn’t think this was going to happen,” said Yomira Huamán Santillán, one of the leaders of the team of archeologists from the National University of San Marcos. “We didn’t expect to make such an important discovery.”

Santillán and others stumbled across the mummy while working at an archeological site in Cajamarquilla, about 15 miles inland from Lima. There, at the base of a staircase, they found the mummy buried beneath a town square.

Unlike Egyptian mummies, which are laid flat and often in sarcophagi, this mummy was found sitting with his knees drawn to its chest, its entire body ringed with rope.

“The main characteristic of the mummy is that the whole body was tied up by ropes and with the hands covering the face,” explained Pieter Van Dalen Luna, the dig’s co-leader.

He added that such a burial “would be part of the local funeral pattern.” Mummies of the time were often buried in a fetal position and tied with ropes. Sometimes, they’d be buried with a head cloth or wrapped with jewelry.

Archaeologists guessed that the mummy they found wrapped in rope was between 800 and 1,200 years old. “Radiocarbon dating will give a more precise chronology,” noted Van Dalen Luna. 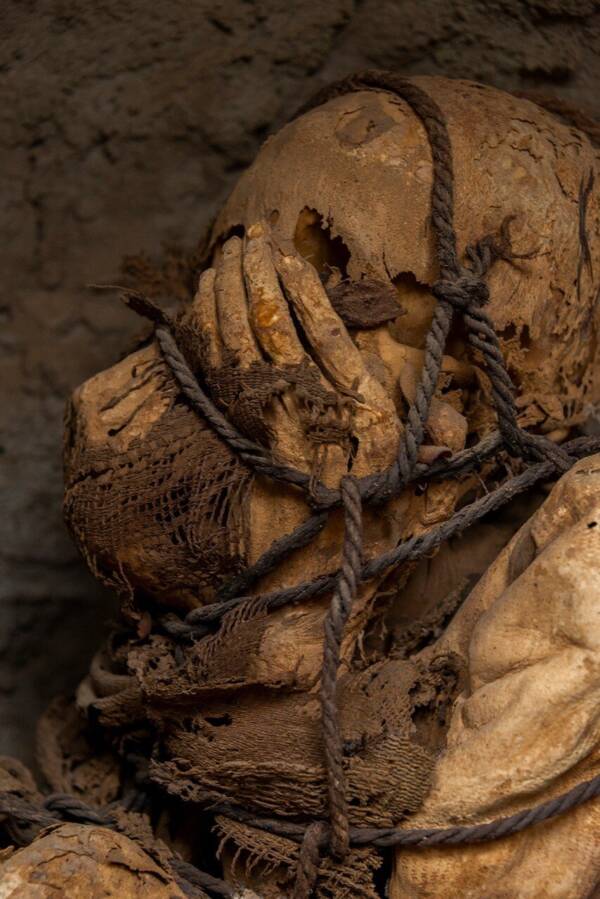 Universidad Nacional Mayor De San MarcosA close up of the mummy, who was buried according to funeral customs of the age.

The mummy, explained Van Dalen Luna, was probably a young person who died between the ages of 25 and 30. They likely originated in the high Andean region of Peru and made their way to Cajamarquilla, then a hub of trade and commerce.

There, archeologists believe that the young person from the mountains made their mark. They found a number of marine mollusks outside the tomb, as well as llama bones.

Both suggest that the mummy was honored after death. Mollusks would have been brought from the far-off sea; llama bones may have been some kind of offering.

“After the body is placed in the tomb, there are constant events and activities,” Van Dalen Luna explained. “That is to say, their descendants keep coming back over many years and placing food and offerings there, including mollusks.”

He added, “The fact of finding a mummy with these characteristics in the middle of the plaza makes it clear that this is someone of high status.” Perhaps, Van Dalen Luna suggested, the mummy was kind of powerful trader during his short life. 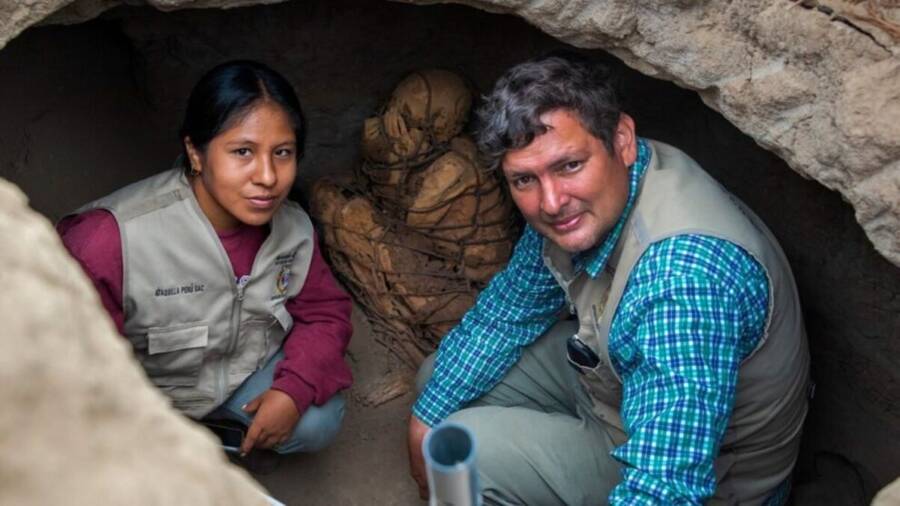 Cajamarquilla itself has a long and fascinating history. First settled by the Huari between 400–600 AD, the city thrived as a multi-cultural commercial center that acted as a hub between the Andes and the Pacific coast.

In later years, it was taken over by the Ychma and Inca people. Sadly, in modern times, the site has fallen into disrepair.

But archaeologists are hopeful that the discovery of the rope-bound mummy can provide a peek into life in Cajamarquilla hundreds — perhaps thousands — of years ago.

“The discovery of this resident sheds a new light on interactions and relationships in pre-Hispanic times,” said Van Dalen Luna.

Next, he and his colleagues plan to examine the mummy they found more closely. Using radiocarbon dating and other analytical tools, they’ll seek to learn more about the mummy’s age and possibly identity.

Hopefully, the Cajamarquilla mummy will offer insights into how ancient people lived — and died — in Peru centuries ago.